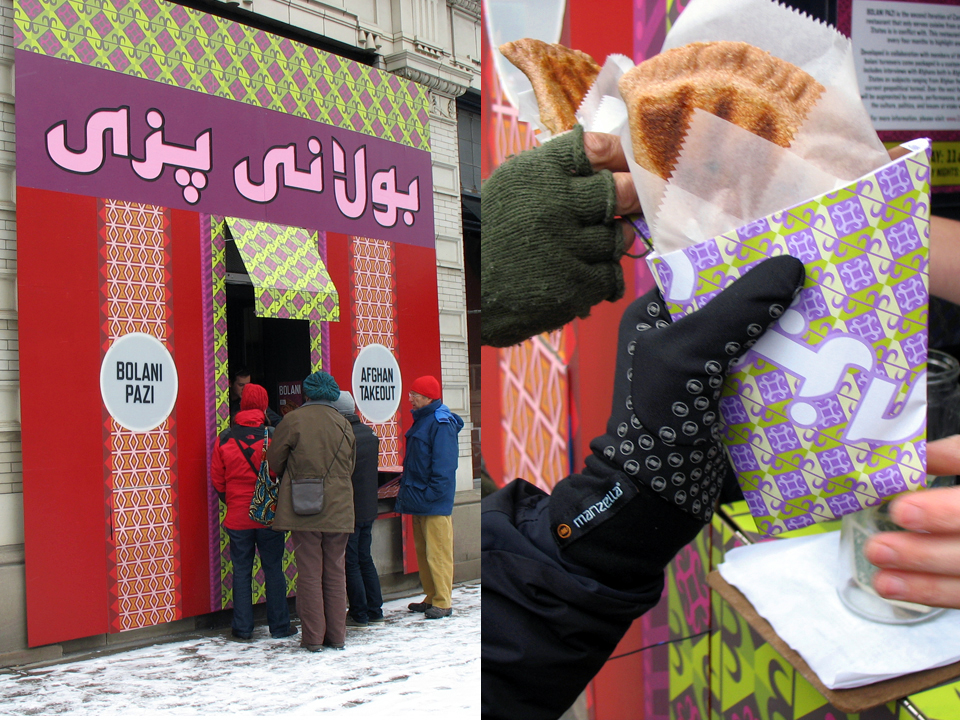 The future of food is complicated. And Conflict Kitchen is counting on it.

Based in Pittburgh, PA and open seven days a week, Conflict Kitchen is a take-out style restaurant that only serves food from countries in conflict with the United States. Its mission is to complicate pre-existing social relations between food and economic exchange; to engage the general public in discussions about countries, cultures, and people they may know little about; and to establish greater cultural diversity.

The Kitchen is currently serving Venezuelan cuisine. Developed in collaboration with the members of the Venezuelan community, food comes packaged in custom-designed wrappers that highlight interviews with Venezuelans both in Venezuela and the United States.

Issues discussed include the relationship between street food and popular culture as well as conversations about President Hugo Chavez and the geopolitical dynamics of the region.

Conflict Kitchen features a new country/cuisine every six months. In addition, each culinary iteration is complimented by events, performances, and discussions. Thus far, the Kitchen has hosted international Skype dinner parties between citizens of Pittsburgh and young professionals in Tehran, Iran; documentary filmmakers in Kabul, Afghanistan; and community radio activists in Caracas, Venezuela. 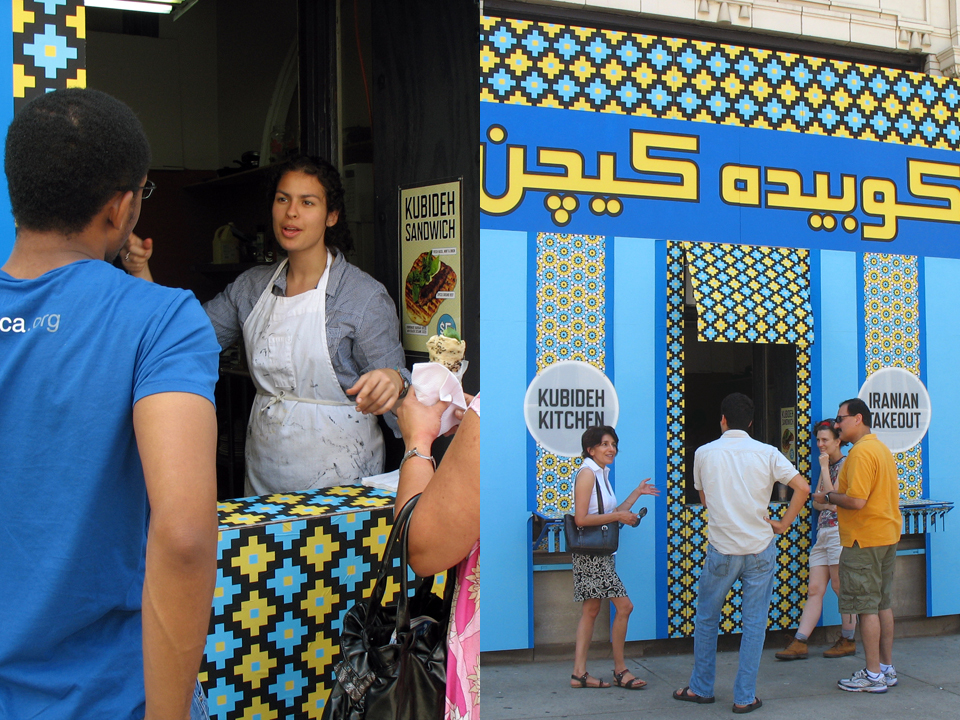 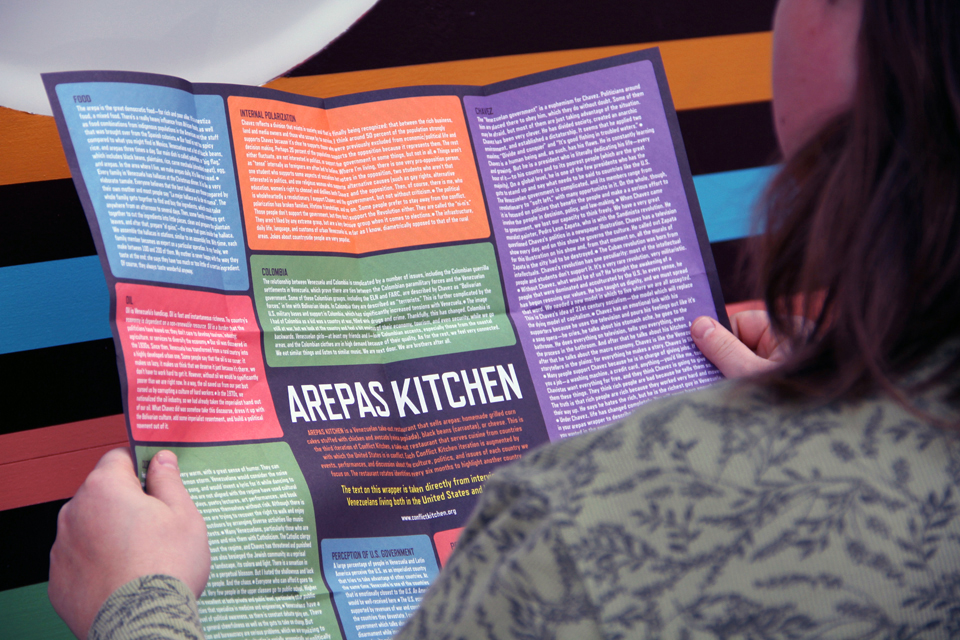 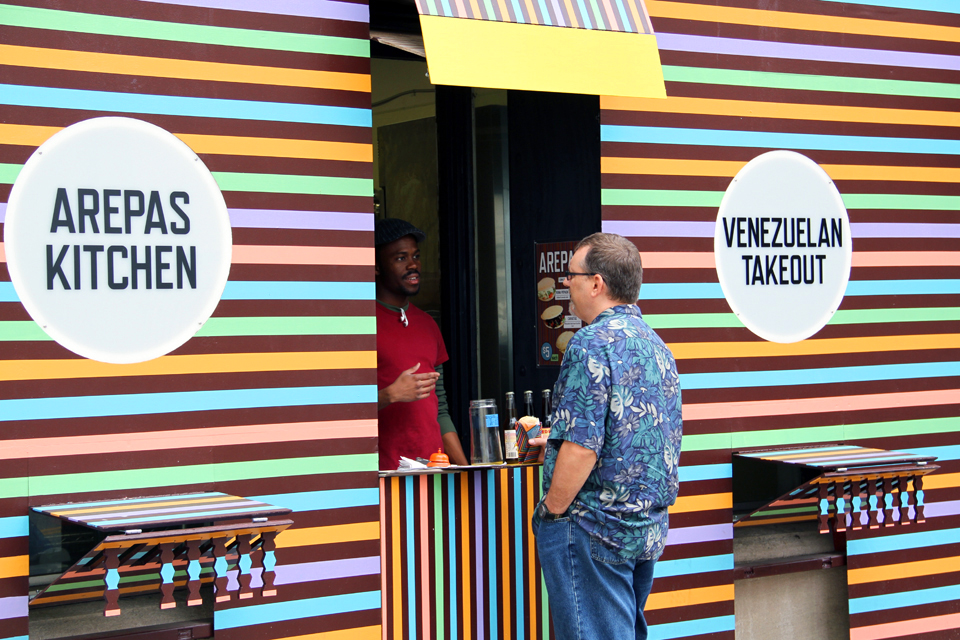