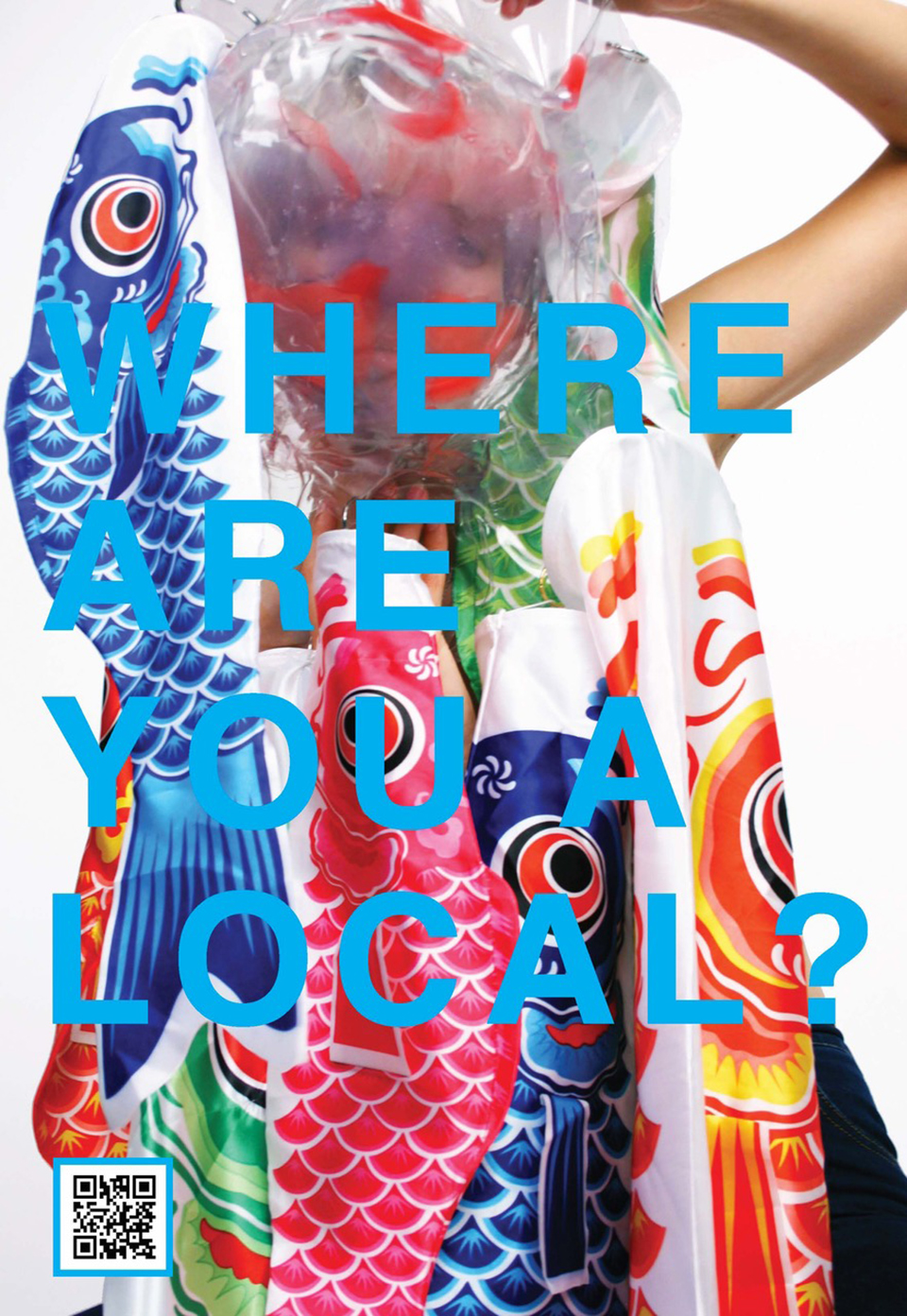 Sia HurtigKarl Degel is graduated from the department Man and Identity at Design Academy Eindhoven. She is generally intrigued by the relation between societal developments and human identities. We asked her some questions about her graduation project ‘Multi-Locals’ and her view on cultural identity and the future of identity.

Can you tell me about your project ‘Multi-Locals’?
The Multi-Locals is a series of wearable props featured in an editorial campaign. The campaign is designed to celebrate multi-locality by translating answers to the question “where are you a local?” into materials and shapes.
Images of former homes, places in the local streets, snapshots from the native nature or personal objects recalling memories. These are all examples of visual references which people use to describe the feeling of being a local. Each story, photo and location are materialized into wearable props and featured in a portrait. Covering human in its own story, hiding the original identity and revealing the person as a multi-local.
The stories of The Multi-Locals are given back to the local communities as a series of street posters and an online archive. The purpose of the street posters is to accumulate curiosity towards the unknown and to create a new dialogue about the complexorigin. A dialogue based on compassion.
How did you come up with the idea of making a project about the future of identities?
As the world becomes gradually more interconnected our human identities become increasingly complex. I am extremely inspired by this complexity; how cultural contrasts appear, how we maintain traditions, how we form groups and how we shape an identity based on our experiences through life.
Living abroad additionally made me more aware of how these changes shaped my own identity. The relation to my origin is indeed affected by the different environments I have been a part of – and felt like a local within. I have become a multi-local myself.
The moment I started to identify myself less with my origin as a Dane, I realized how little a nationality tells about a person and how much nationality matters to our perception of one another. An interesting paradox since nations only exists because humankind agreed upon them. National identity – or nationalism, is the root of a great deal of fear in modern society. Believing that one nationality has more rights than others. In my opinion, nations are an illusion and I wonder how future identities would evolve without them.
What was your main inspiration for this project?
The starting point of my project was defiantly rooted in a personal point of view. The Multi-Locals actually started with the working title: ‘I am embarrassed by my own country’ – based on my discard of the current integration policy in Denmark. A policy which has changed the country radically over the past three-four years.
The political incitement was followed by a need to express myself politically within my profession – in the language of design. A tactile, colorful and visual language. It was my greatest aim of this project to use textile design as the language to voice a political debate. A debate which is most often voiced verbally or in writing. The visual language can bring something completely different to the table. Furthermore, I believe this issue needs to be communicated in many different ways in order to change the dialogue of future identities and complex origin.
Can you describe your (creative) process for this project?
I have a long-lasting love for the traditions of masks and their rituals. The beautiful craft of the masks, the tribal culture and the almost magic transition which the masks embody, for example, the transit from boy to man. This fascination ran alongside my political interest and in the end, it became the end product and the end goal of the project.
The Multi-Locals is based on a range of interviews with people I did not know in advance, which meant a great deal of research in order to start the process.The creation of the masks came fairly natural to me as hands-on work with materials and colors is a strong design skill of mine.
Each image from a location led to a color, a texture or a shape which formed the masks. Especially the visual contrast between the different locations triggered my imagination.I always work with a large range of materials and my work approach almost seems like a stylistic method as I let the pieces grow intuitively along the process.
What is your goal with this project? What kind of statement do you want to make?
The goal is to create a tribe which you can identify with – no matter origin or nationality.
Furthermore, the aim is to shift the way we talk about identity. It is a standard way of getting to know one another to ask “where are you from?” but the answer to this question tells nothing about the person in front of you. More so, it stigmatizes the individual.
I believe there is a need for flexible narratives and novel questions to ask in order to describe modern identities “where are you a local?” instead of “where are you from?”. This minor change in a usual question opens up the dialogue and leads to curiosity towards the unknown.
Interview by Isabeau van Maastricht
www.multi-locals.com
www.siahurtigkarldegel.com 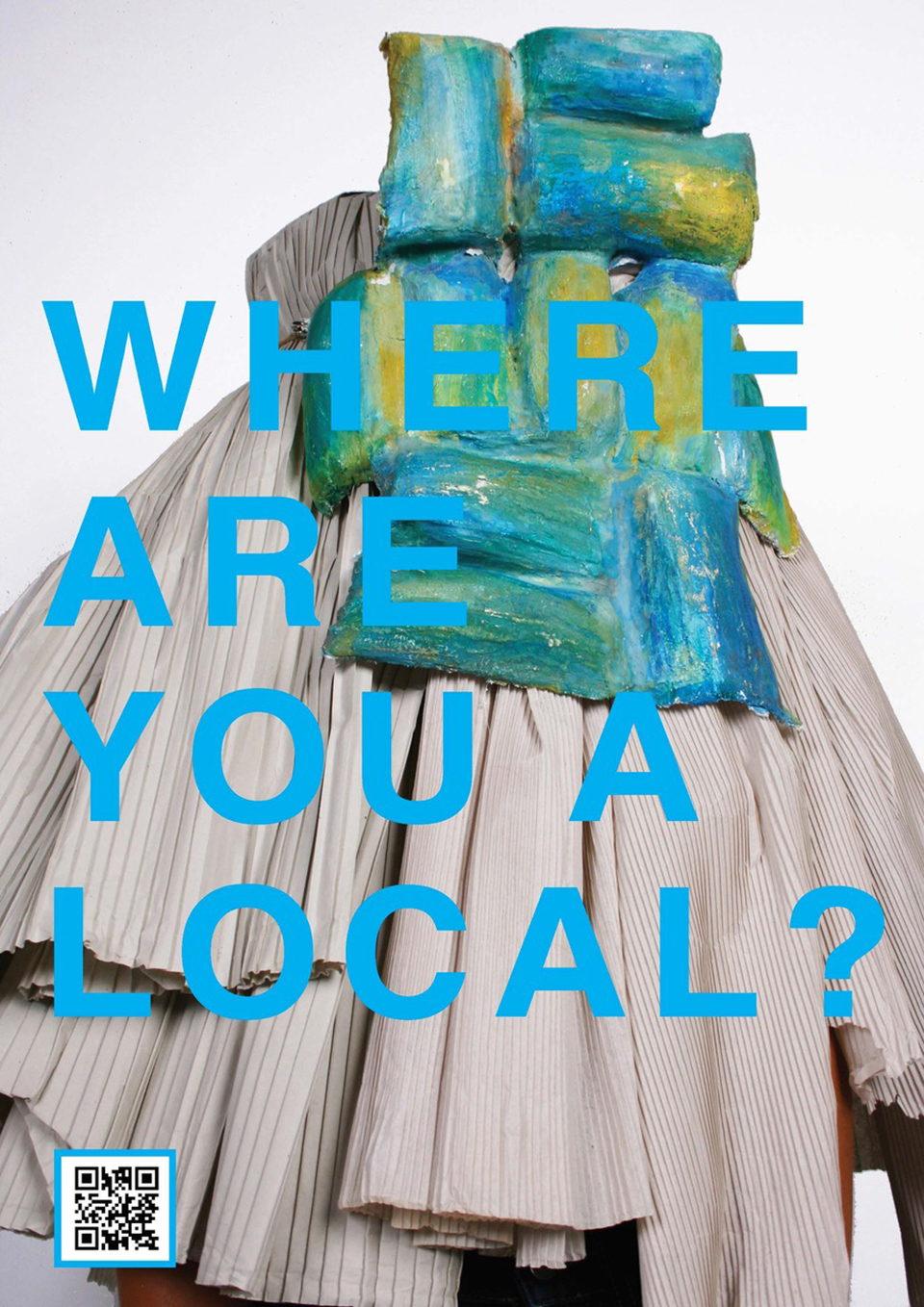 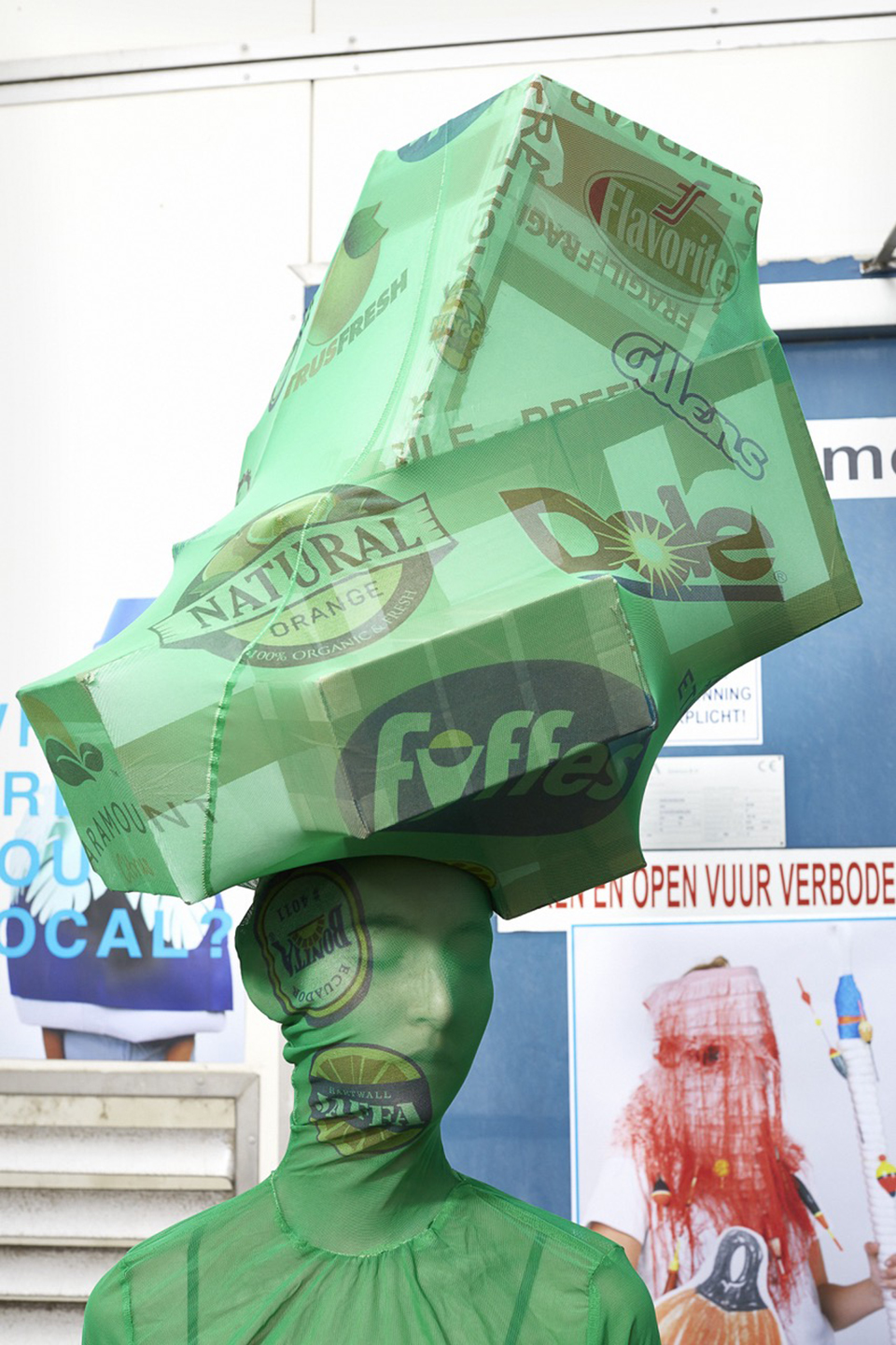 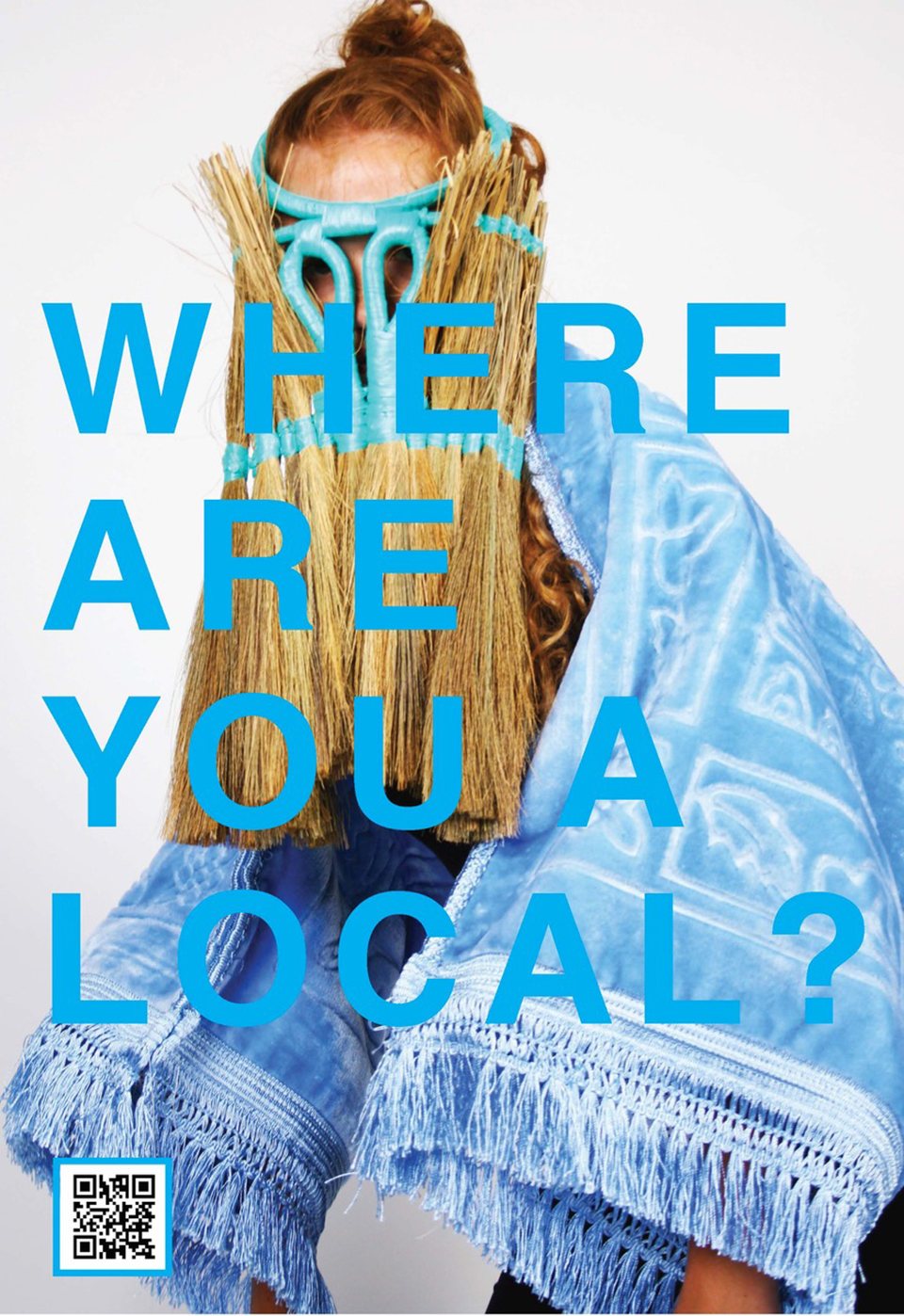 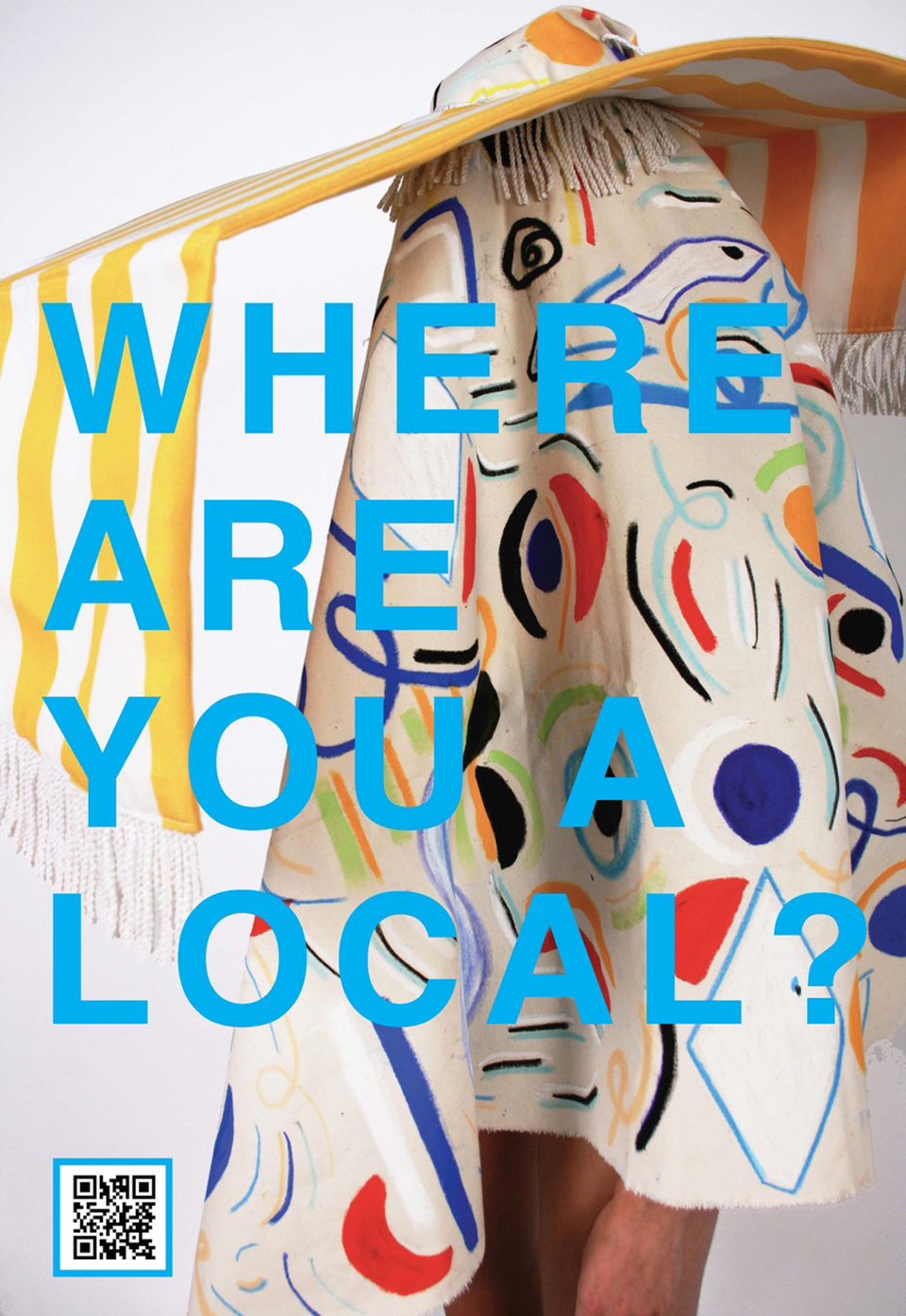