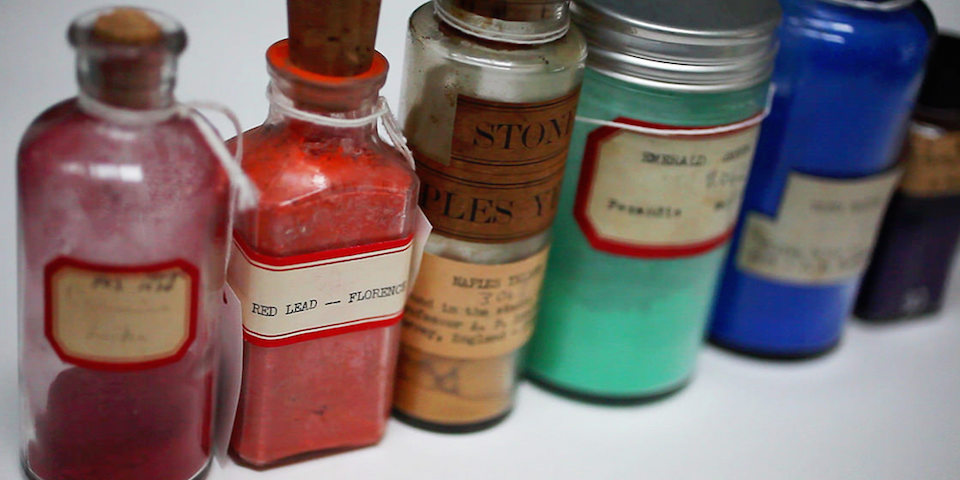 Mummies, Brazilwood and crushed beetles are the origins of some of the world’s most unusual colors. The Forbes Pigment Collection, located in the library of Harvard Art Museum, contains almost every pigment you could think of, including the rarest materials.

More than 2,500 different specimens collected from all across the world, each with its own backstory, origin, production and uses, are part of Edward Forbes’ life project. Forbes, an historian and director of Fogg Art Museum at Harvard University from 1910-44 is considered the father of art conservation in the US. It was widely through his extensive study of pigments that Forbes was able to determine the authenticity of paintings, knowing that centuries ago, finding one specific color meant trekking to a single mineral deposit in remote area in Afghanistan – the only place where it could be found.

Today, the collection is used mostly for scientific analysis – providing standard pigments to compare to unknowns. For the last 10 years, Narayan Khandekar, director of the Straus Center for Conservation and Technical Studies at the Harvard Art Museum, is rebuilding the collection. Describing his research as the “work of a detective”, he adds to the collection modern pigments to better analyze 20th century and contemporary art pieces.

“Every pigment has its own story”, explains Khandekar the purpose of exploring key compounds of materials and mapping out precise chemical composition of pigment.
Apart from its scientific justification and its contribution to the study of art works, the pigment library is an intriguing place; Floor-to-ceiling walls of color, glass jars in rainbow colors sourced uniquely from the most unusual places; “Mummy Brown” extracted from Egyptian mummies, “Cochineal Red” made of beetles or “Cadmium Yellow”, bright and highly toxic. 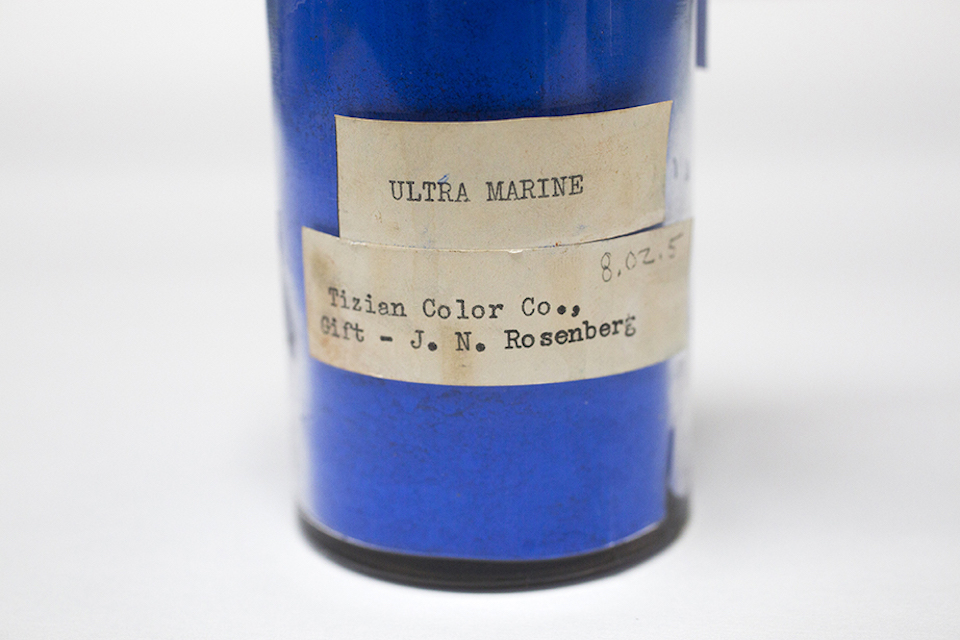 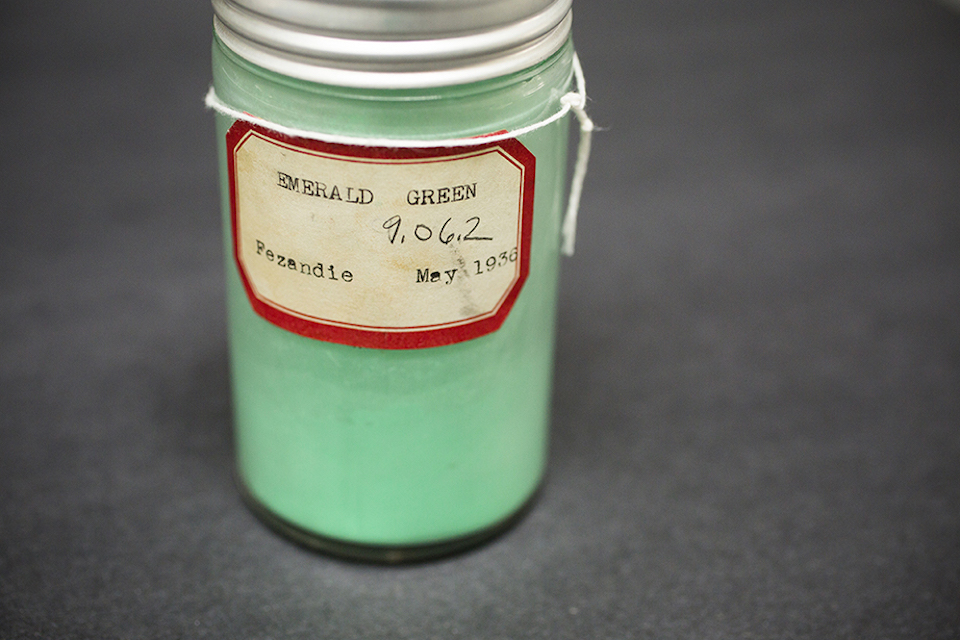 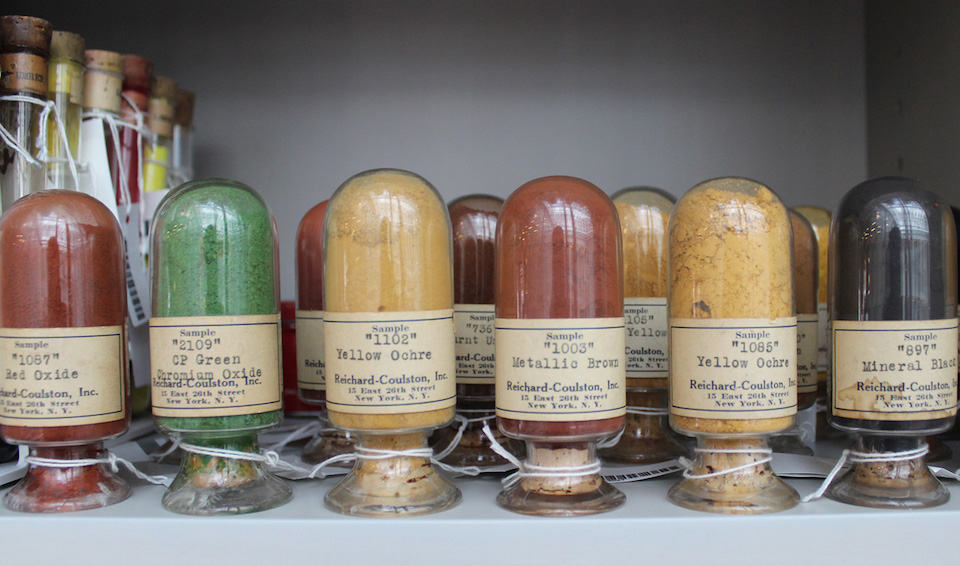 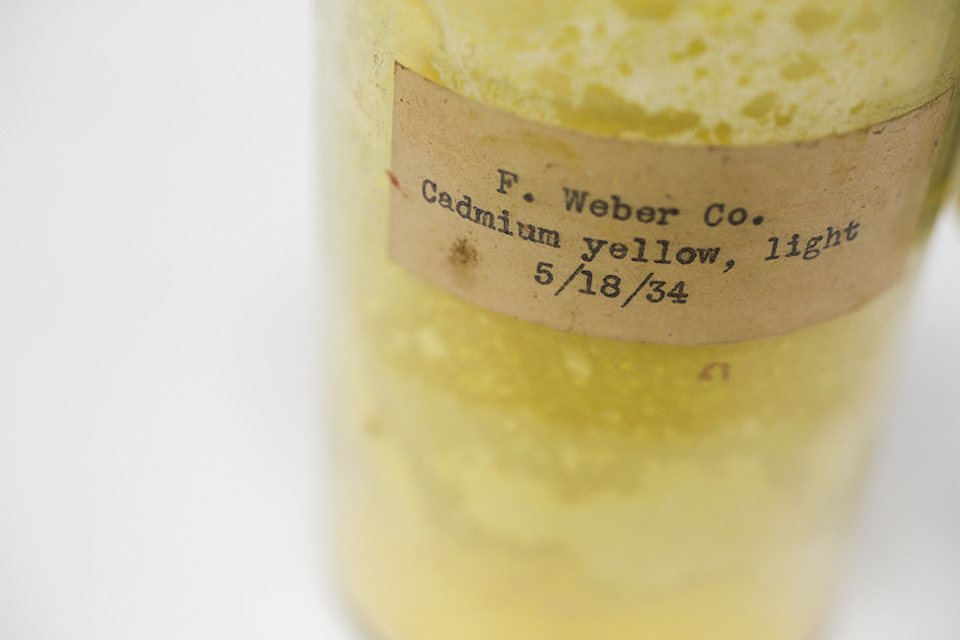 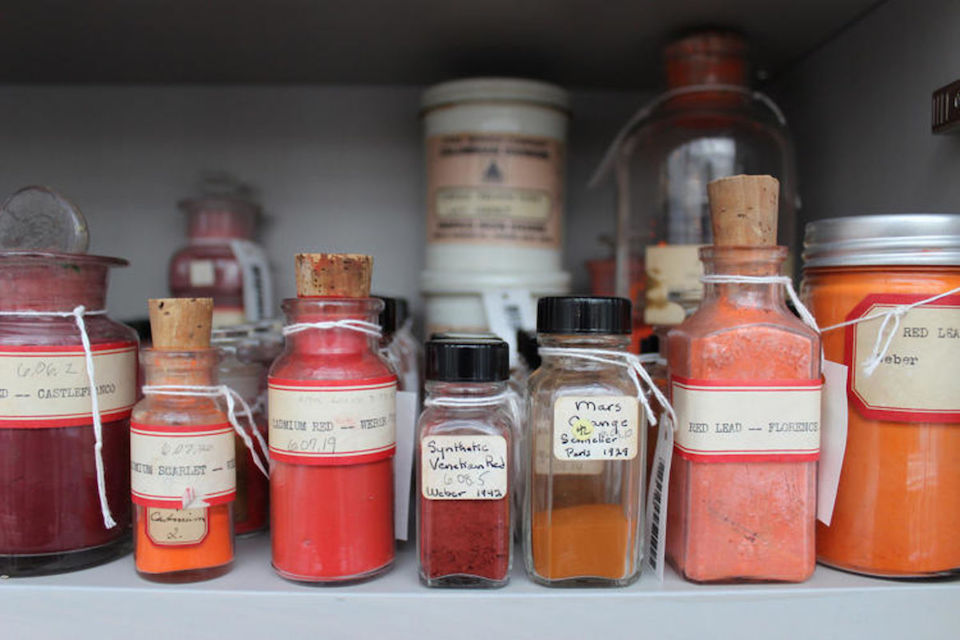 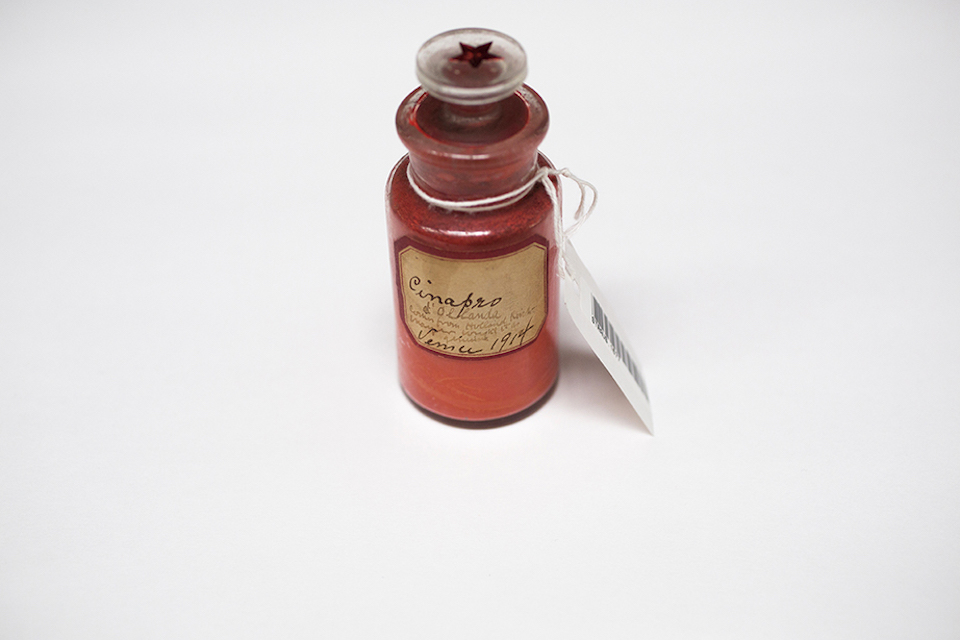