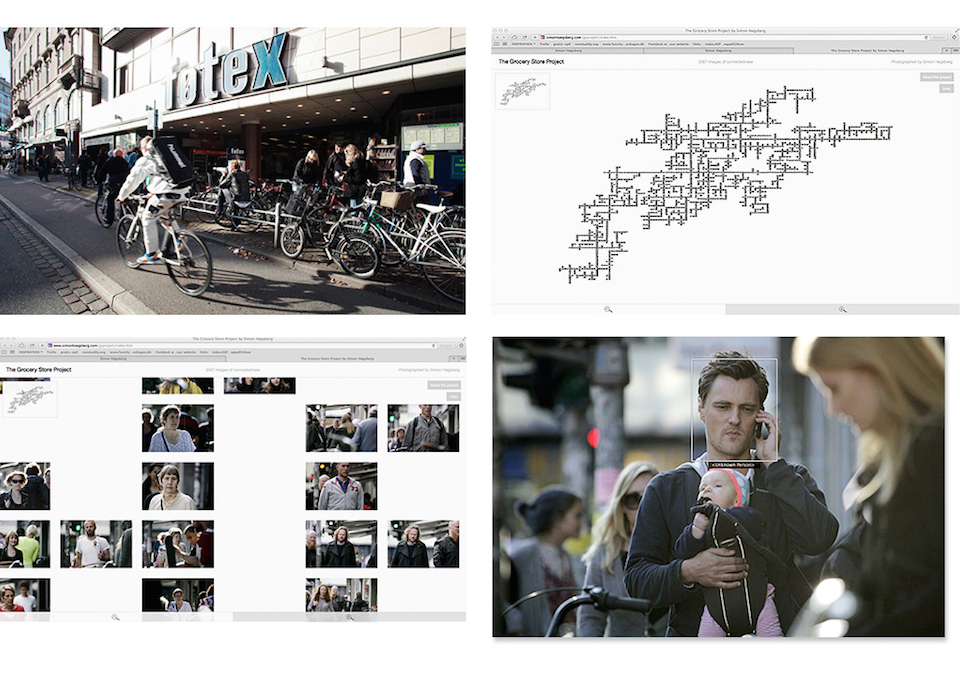 The Danish photographer Simon Hoegsberg, known for works such as ‘The Thought Project’, ‘Faces of New York’ and the world’s perhaps widest photograph ever made entitled ‘We’re All Gonna Die’ (it’s 100 meters wide), recently launched on his website a new photo project that has been 5 years in the making.

The project is called « The Grocery Store Project – 2067 images of connectedness”, and is a visual examination of human life as it plays itself out on a busy sidewalk in front of a supermarket in Copenhagen.

Over a period of one and a half years (between 2010 and ’11) Simon spent 159 afternoons sitting on a bike rail in front of the supermarket, taking 97.000 photos of people walking toward and away from the camera.

In the project’s 2067 images people kiss, think, listen to sound on smart phones, smoke cigarettes, communicate, carry their child, talk on cell phones, drink soda, beer, coffee, water, and blow their noses. The images are arranged in 457 sequences that cross each other in horizontal and vertical lines, like words on a scrabble board. Seen from a distance the connecting sequences form a composition that looks like a map of sorts, or an organic structure.

Zooming in on the structure it becomes apparent that the images in every sequence are of the same person, shot on different days. In one sequence a woman wearing a purple t-shirt and no jacket is walking together with a man; in the image next to it she is walking alone, this time carrying a blue bandana with white butterflies on it and a woolen jacket. In a third image from the same sequence her chest is bare underneath a yellow and red sports jacket, and the glasses she’s wearing are different from the one’s she is wearing in the two other images. The three images are taken on three different days within a period of one month and 20 days.

The Grocery Store Project provides an opportunity to study how we humans present ourselves to the world, consciously and unconsciously, in the present moment and over time. It’s a visual celebration of a life form that does its best to bloom and to create the perfect conditions for itself, relentlessly, despite all challenges, set backs, and the destruction it constantly runs into. Seen from space, one could argue that humanity is a great piece of art, full of patterns that emerge and disappear.

The Grocery Store Project is a humble attempt to praise the artwork and ponder its unfathomable nature. 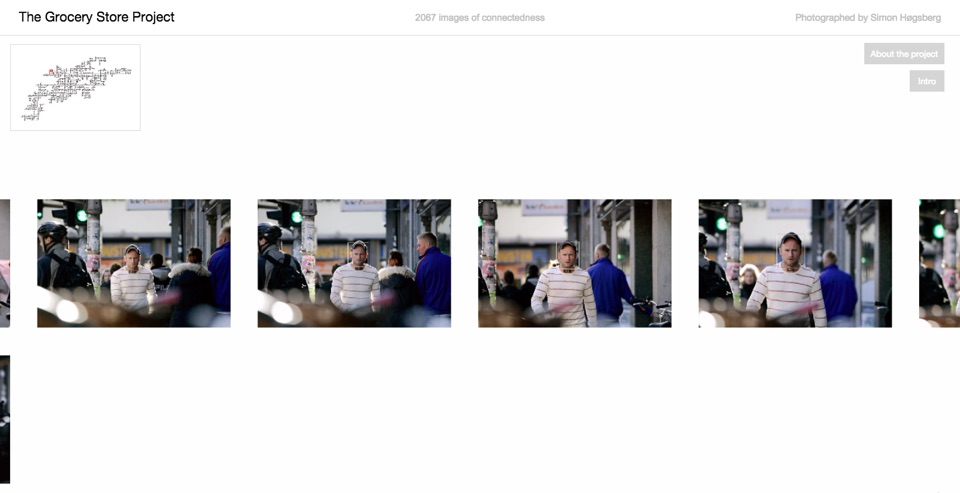 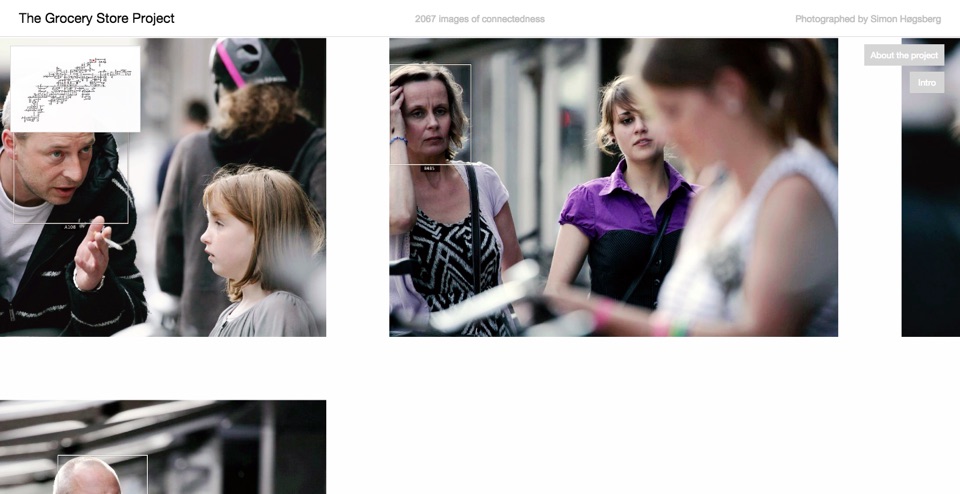