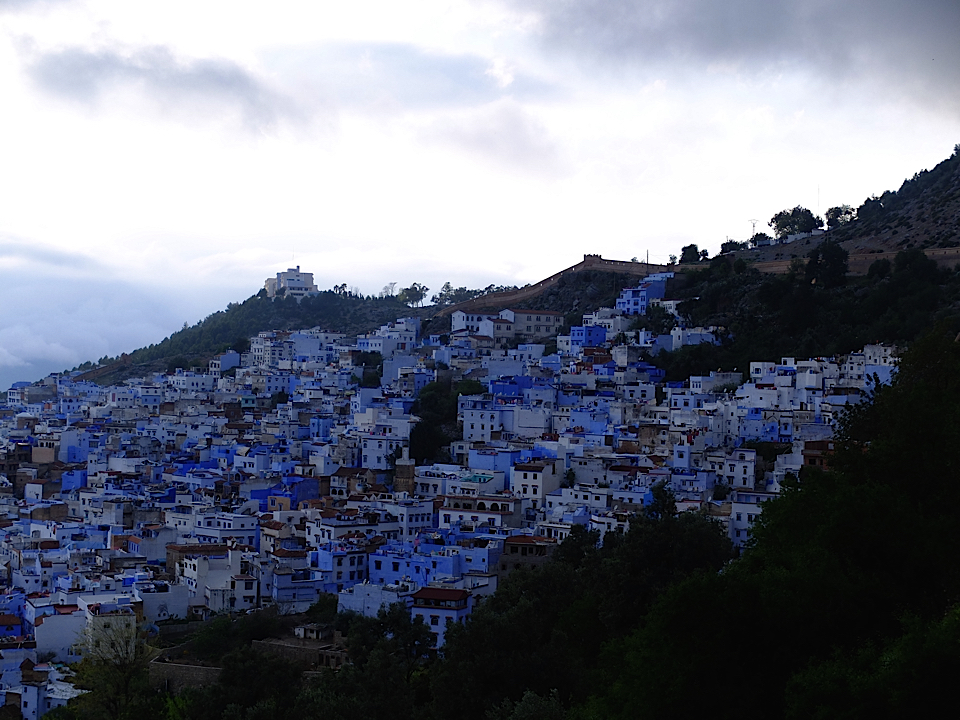 When I bought my plane ticket to Fez, pushed by a friend who showed me a photo of a pictoresque blue street, I was sure I was going by the sea. Sometimes it’ s extcing to leave without knowing exactly where the destination is. and what will happen.

The swimsuits I put in my suitcase were not to be useful since Chefchaouen is located in the middle of the Marocain mountain chaine of the Rif, surrounded by kif fields and hills full of horned goats (the translation of Chaouen is long horns).

Even if the town was opened to foreigners in the fifties and was nominated Heritage of Humanity by Unesco, Chaouen (the way locals call the citadel) exit the classic touristic routes of Morocco as Marrachech, Essaouira or Rabat. Visiting this place in low season, you can feel to be the only foreigner. The reason being its distance from the country’s main airports. From Fez, it takes 3 hours to arrive with a taxi, but it’s surely worth it.

The reality feels better than what a photo could picture. Leaving the cars and mess behind, I felt astonished by the peaceful beauty of the old Town, the Medina , of Chaouen. A labyrinth of blue streets, stairs, doors and windows, an unreal scenario, a blue picture that I will keep with me for ever.

Different stories surround Chaouen and the reason why the medina is fully painted of an intense pale blue. From Jewish to Berber, from Spanish to Andaluse, every people has contributed to build this place, to change it into an incredible meltin’ pot of cultures, creating its magic.

Slowness is mandatory here, the main occupations could be wandering through the streets, sneaking around the souks, talking with locals, visiting the river side full of nice bar where you can sit enjoying an avocado milk shake or a mint tea.

I couldn’t help taking millions of pictures of every lazy cat staring at the sun, of every blue door and window. of every tone of blue, of the hundred medina’s streets, of the artisan fabrics small shops or the amazing view upon the town from Casa Perleta’s terrace.

The photos can well reproduce the incredible beauty of ChefChaouen, but only getting lost in there can let you feel like being under the sea, or in an upside down world, in which the sky continues over the horizon , painting every wall and thought. 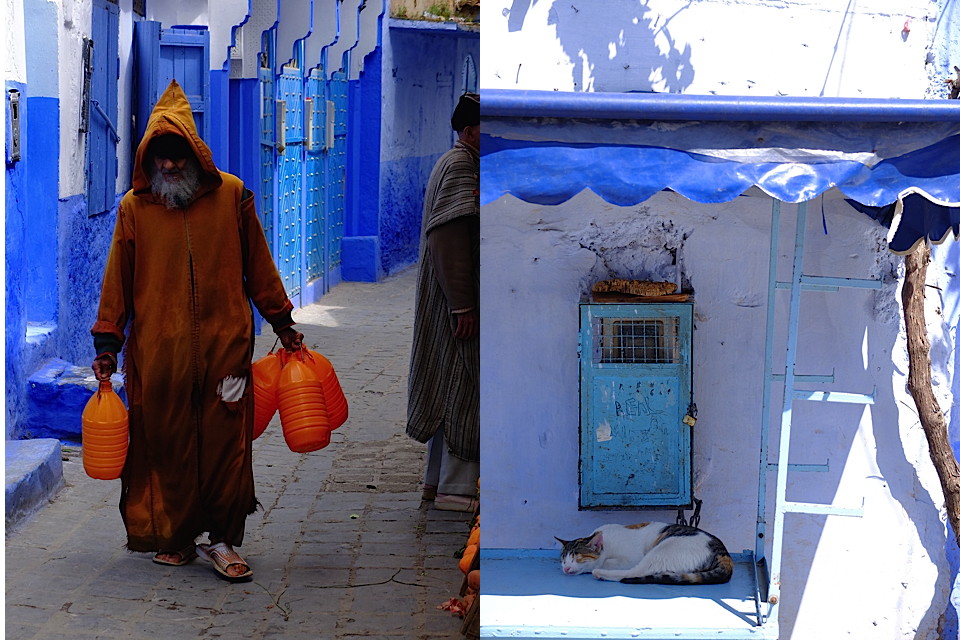 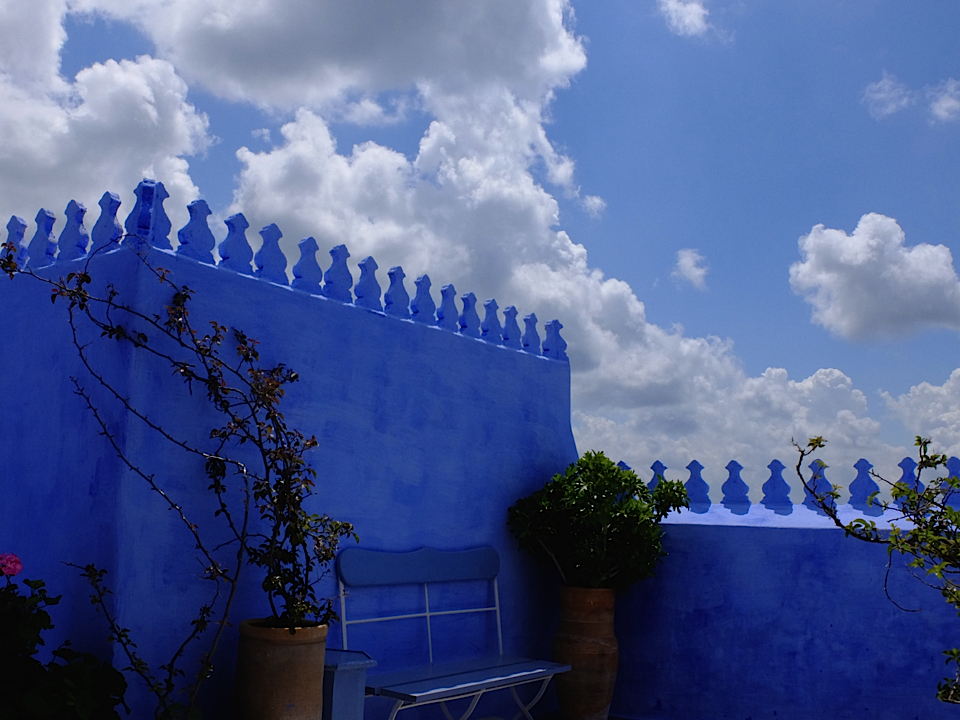 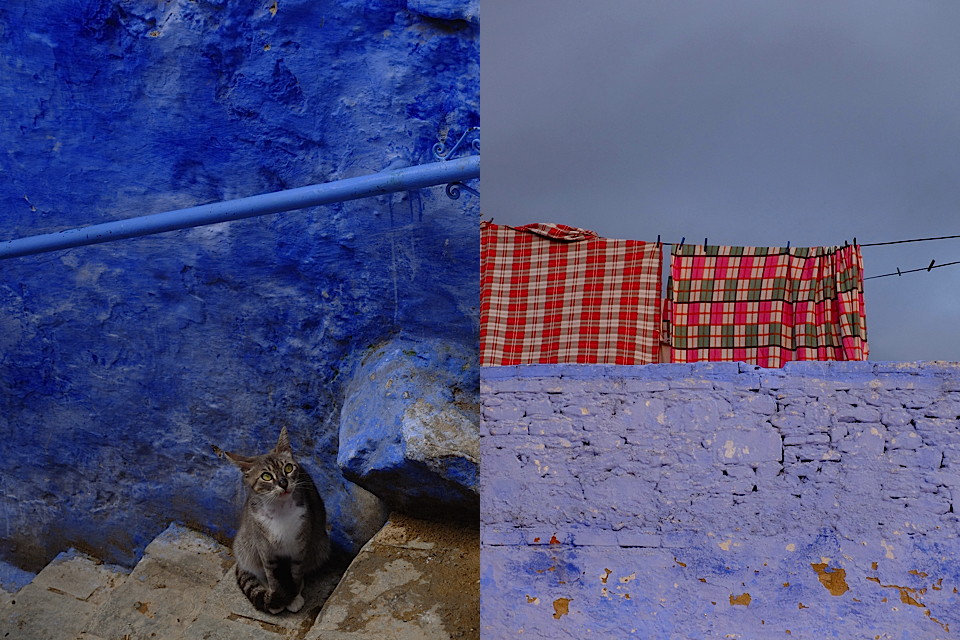 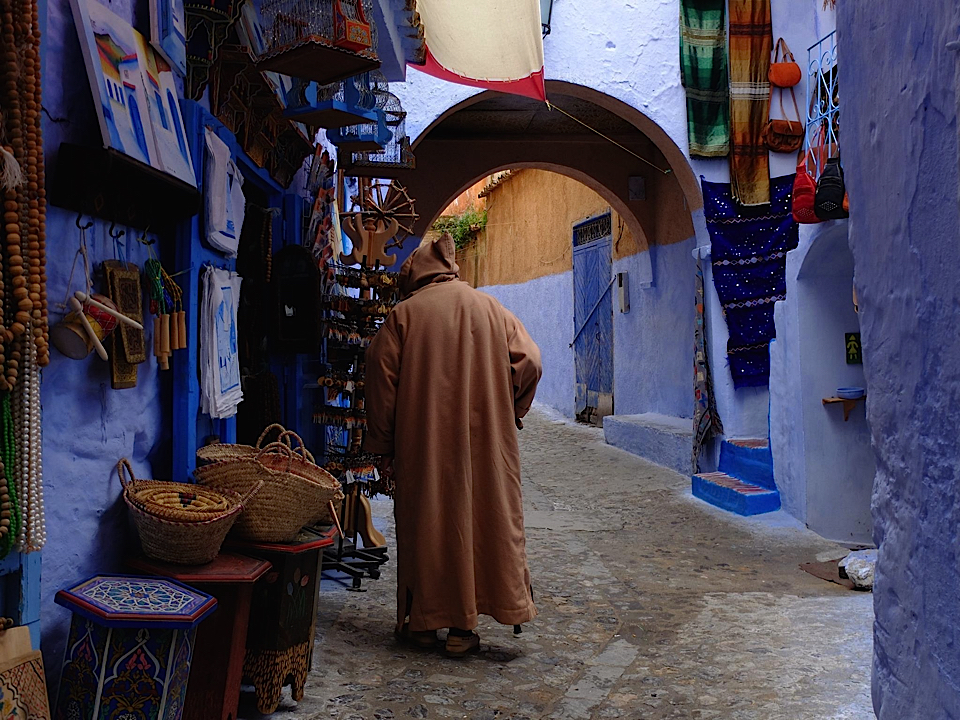 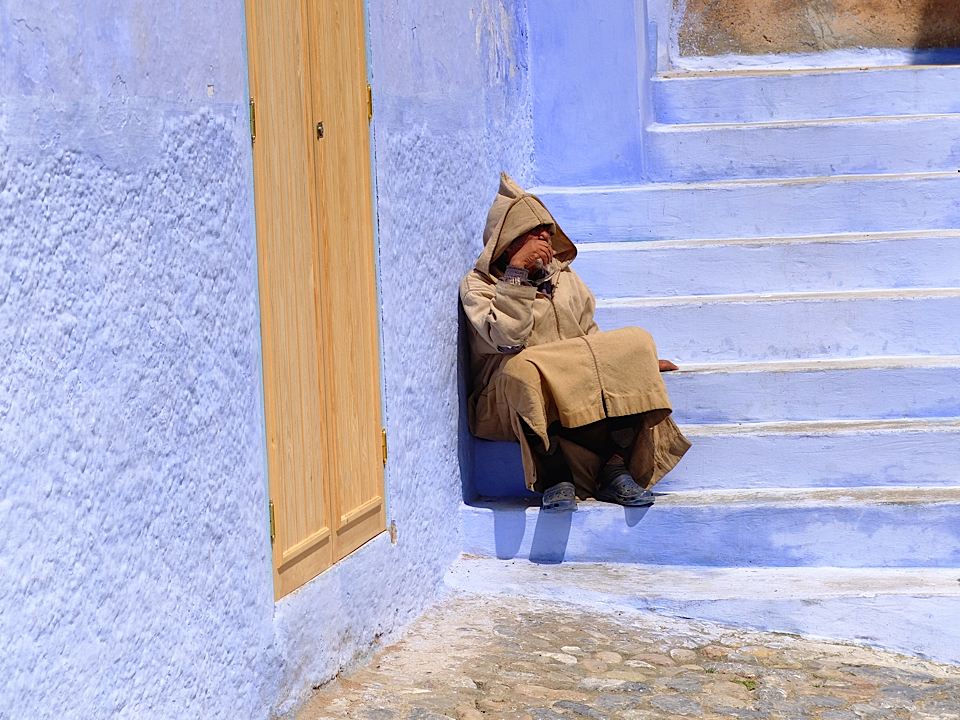