the longest art gallery in the world 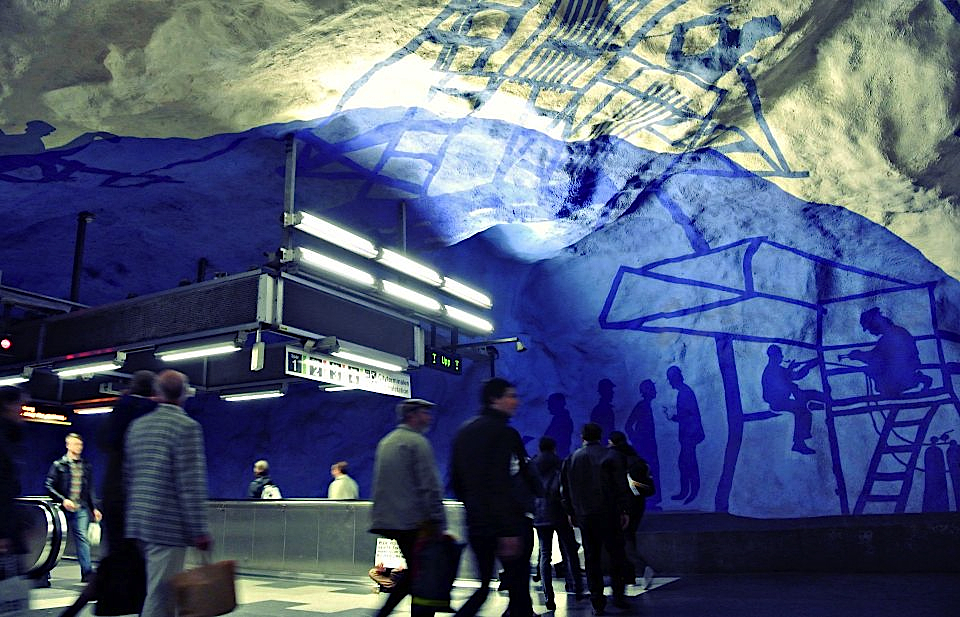 The Stockholm Metro is home to the world’s longest art gallery. Stockholm’s *tunnelbana* system spans 105.7 kilometres and has 100 metro stations, of which 90 have artworks on display, the oldest coming from the 1950’s. There is no other place where such a long tradition of art or such a huge amount of artworks can be found in a public space. Commuters and visitors are thus able to “go places in the past” and enjoy visually-stimulating contemporary and historical art for free or the price of a metro ticket.

The Stockholm metro was opened in 1950, but it was only in 1957 when art in the metro appeared for the first time. A big competition was announced wherein 12 out of 150 entries were selected for T-Centralen station. These artworks can still be seen today.

The most striking stations of the Stockholm metro line are the “grotto” stations – cavernous stations left with the bedrock exposed. In the 1960s, the builders decided to spray the blasted rock with a 7-8 cm layer of rendering concrete instead of coating it, resulting in a cave-like ambience. These stations are located in the Blue Line, where the deepest stations can be found almost four stories down.

The decorations are very calming in the deepest station in T-Centralen’s Blue Line: giant blue vines stretch across the rocks, a painting by Per Olof Ultvedt – 1975- to help soothe passengers transferring to different trains. Ultvedt also painted light blue silhouettes of men working on the walls as a salute to the many workers who built the station. Each drawing is of an equivalent of a specific engineer, welder, miner or carpenter who helped build T-Centralen.

In Kungsträdgården station, the cave-like effect could be felt in its most awe-inspiring glory. It is as if one is transported back in time: the walls are painted in Baroque-abstract style by Swedish artist Ulrik Samuelson – 1977 – and an archeological dig is on display with real artefacts from Sweden’s National Art Museum’s collective. On permanent display here are gas lamps that used to stand on Torsgatan street and marble columns and stone sculptures from the 17th-century Makalös Palace which was stood directly above the station. In addition, one can see and touch natural water from the rocks trickling down on the station’s crude walls, as if inside a cave.

Going forward in time, contemporary art installations dot the Green Line’s underground and aboveground stations. Most notable is Hötorget station which is also known as the “bathroom station” with its teal-coloured tiles and vintage signs. Artist Gun Gordillo added winding neon lights on the ceilings, making for a retro 90s feel. While at Stadion station, a giant rainbow is painted on the blue bedrock, as a commemoration for the 1912 Stockholm Olympics which took place at the nearby Stockholm Stadium.

The Stockholm Public Transport is committed to an active working relationship with contemporary artists, even if no new stations are being built. The program “Art in transition” ensures that the inner city stations are still continuing to develop by encouraging temporary exhibitions. The Odenplan station presents works by recent graduates of the Swedish art and design colleges every year, while the Skanstull station screens art films by both Swedish and international artists.

Guided art tours, again for free, are available for visitors who would like to know the stories behind the artworks in the metro. This summer  from 3 June to 30 August, English tours are available every Tuesdays, Thursdays and Saturdays at 15:00 beginning at the SL ticket office at T-Centralen station.

Take a day trip, ride the trains and discover the most stunning works of art at the Stockholm metro.

Angel Trinidad is a writer, editor and ambassador of Dutch and Scandinavian cultures. Born in Manila (1985) with a Scandinavian heart, she has lived in Sweden, Germany, Spain and currently Holland. She specializes on nation branding and the promotion of arts and culture as a way to see the world. Angel has worked as a web editor for Arts Holland and has finished her MA in Euroculture (Georg-August University, Deusto University) with her final thesis on Swedish Indie music and the nation branding of Sweden. She loves listening to music, taking in contemporary art and design, hanging out in cafes and discovering new cities. 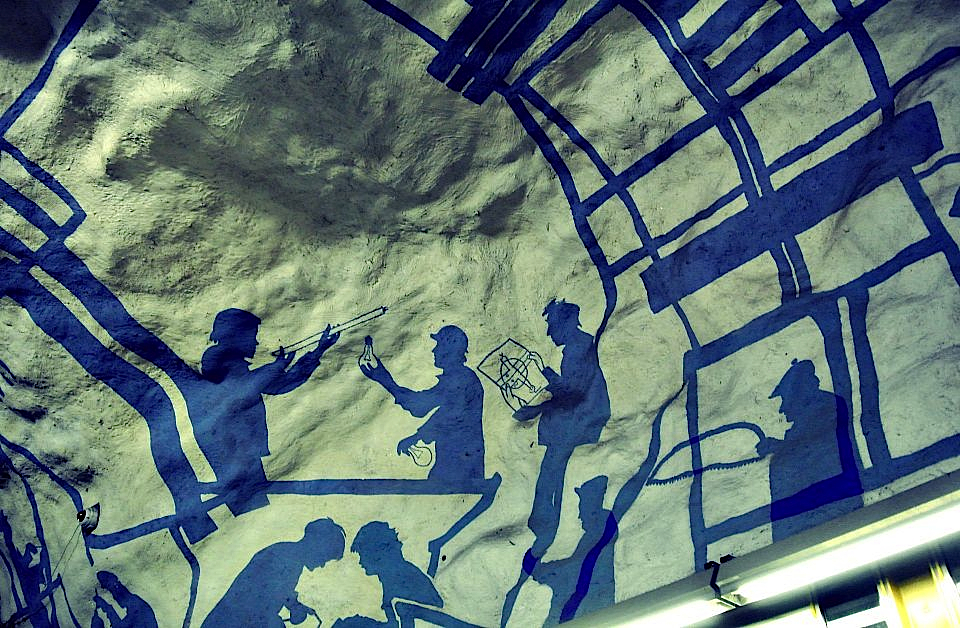 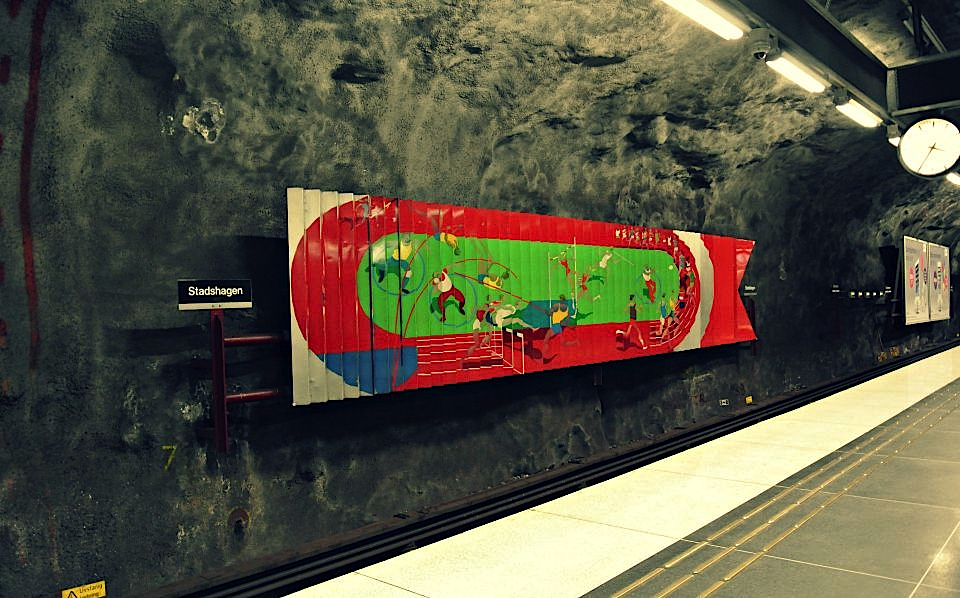 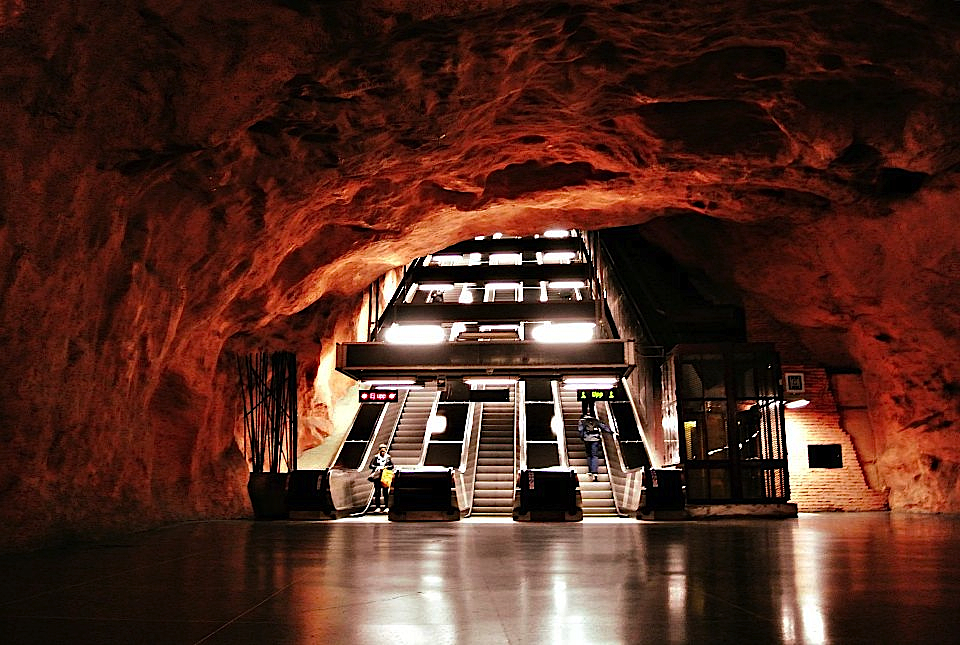 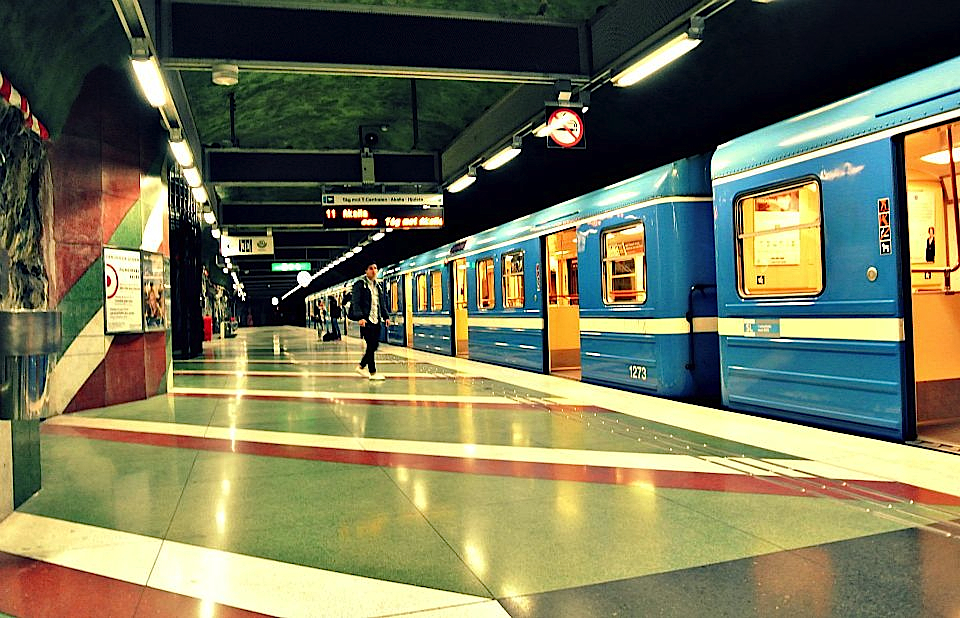 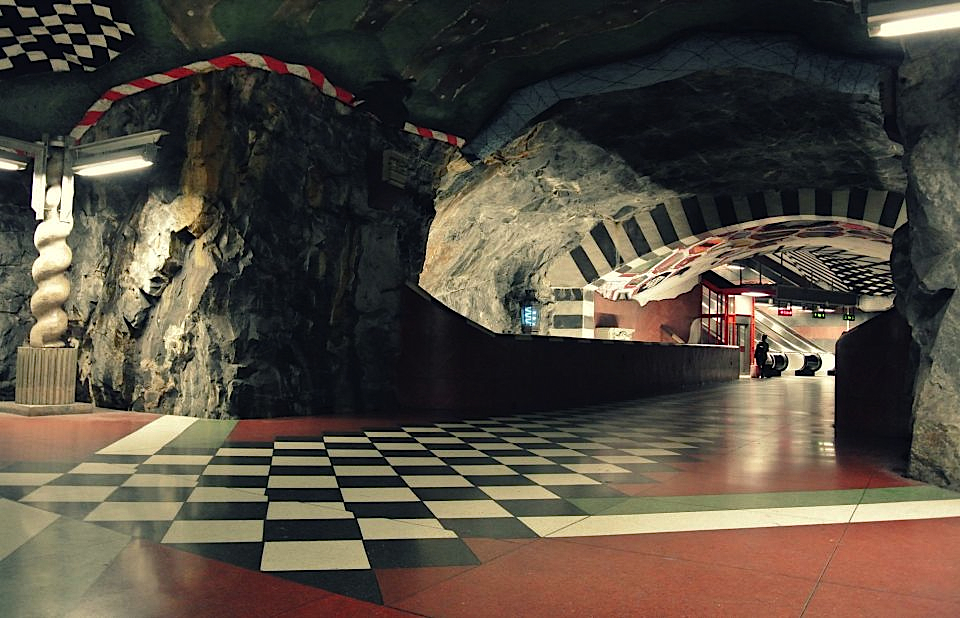 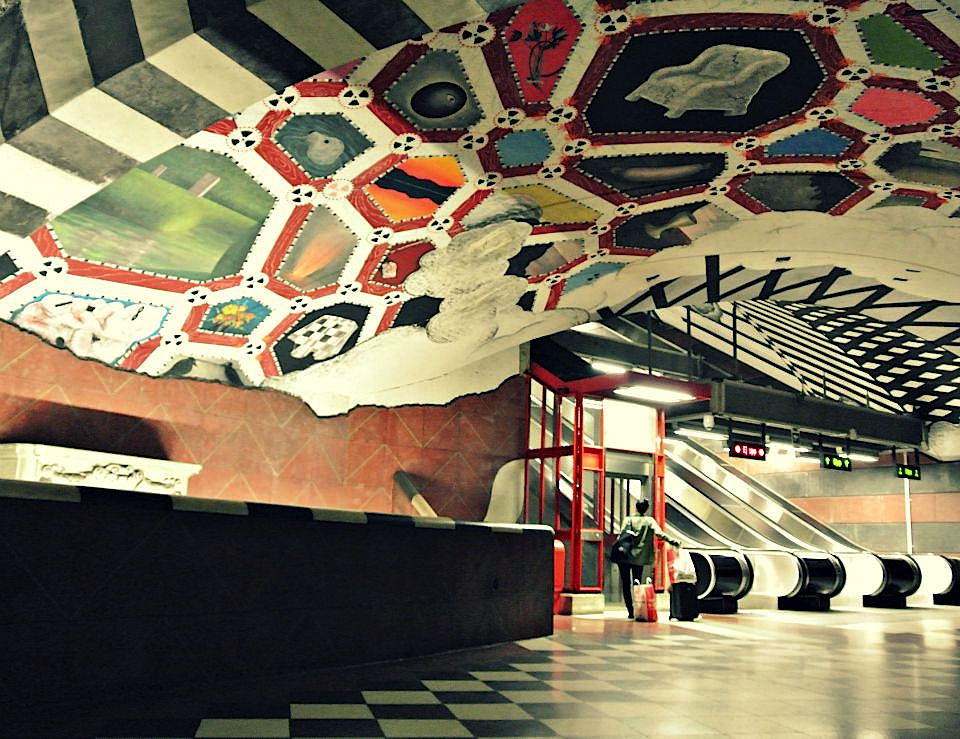