or the way we feel 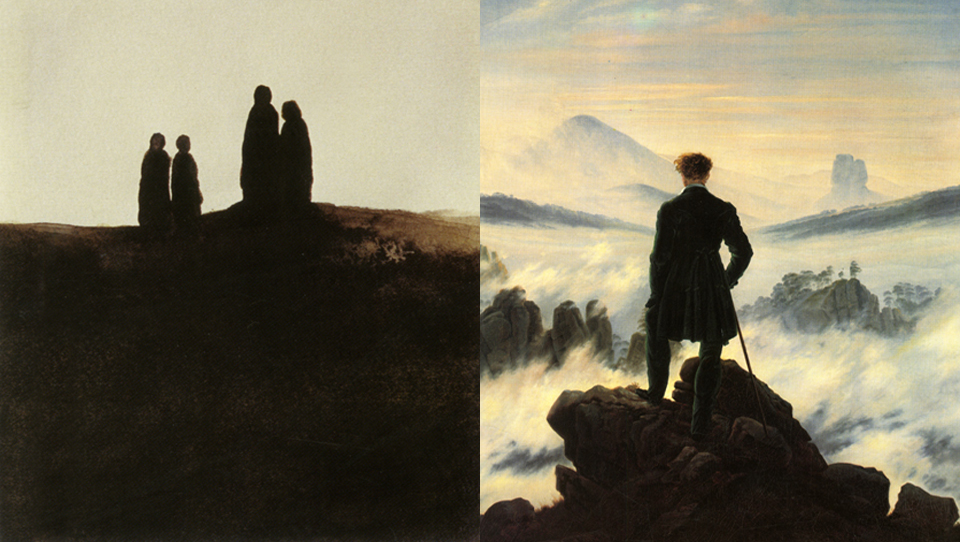 “romanticism is precisely situated neither in choice of subject nor exact truth, but in the way of feeling.” charles baudelaire

the leitmotif for the years to come will be the dramatic and emotional way in which we will embrace the times we live in; with a new generation born in the troubled times of the turn of the century that will be growing up without hope for their future, without a scenario of growth and without a sense of wellbeing. in many cases, growing up without the possibility of finding a job and a livelihood, often growing up burdened by student loans. therefore the only way out will be to embrace the dramatic circumstances of the « age of doubt » by adopting and espousing the melancholic world view inherited from the romantics, creating an important second romantic period.

the term romanticism has been used in reference to artists, poets and musicians, as well as philosophers and scientists of the past, yet it can equally be used to refer to the different artistic, intellectual and social trends that will characterise our own future. some see romanticism as a form of resistance to rationalism, some as the start of modernism, others consider it to be integral to our day and age. and today it obviously is.

freedom from rules, worship of nature, fascination with the past and a devotion to beauty are certainly the focal points of the romantic movement, and can be seen once again building up in society, along with the belief that imagination is superior to reason and intuition superior to organisation.

romanticism was rooted in an artistic and intellectual sturm und drang movement that originated three centuries ago. it gained strength in reaction to the transformative forces of the industrial revolution and was nourished by the ideas of the french revolution. similarly today there is a severe backlash against the ruling forces of social control, the regulations of federal governments, the incessant indecent marketing of all our values, the selling out of our culture, the flattening of moral behaviour and the dehumanisation of society. fired by the recent protests against the greed of the banking systems and the economy’s supremacy over democracy, this time around it is the internet revolution that will be creating the romantic protests and answers, producing a melancholic mood as the expression of the future.

an early romantic hero was the young and suffering werther*; young people emulated the budding artist with his excessively sensitive and passionate romantic temperament, who eventually committed suicide as the only possible way out. today suicides are on the rise again for reasons of unemployment, harassment at school and in the workplace, extreme forms of hyper stress and elaborate cocktails of substance abuse; leading performing artists to overdose and employees to jump out of the windows of their offices.

the romantic movement can best be characterised by a desire to explore and to entertain the ability of the arts to contain all ecstasies of the heart and to voice all torments of the soul. the thinkers of the enlightenment emphasized the primacy of reason, while romanticism emphasized intuition, imagination and feeling to a degree that has led ultimately to accusations of irrationalism.

in a similar way we again witness a mashed up artistic scene where all art and design disciplines congregate to become one single movement, one vision and one discipline addressing all the senses, hovering between dimensions. as such it can be seen as a reaction against reason, able to exalt the mysterious and the fantastical; in a search to escape reality and to enter the rapture of the dream, finding the sublime in the morbid, finding millions in a diamond encrusted skull. the vanity of fashion and design calling to us from beyond the grave.

the new romanticism is going to be a more radical kind of expression and will seek out the new, the curious and the unexpected. it will be characterized by restless research and impulsive pop-up actions. we shall be strongly attracted by the disproportionate and the excessive, and creativity will put more emphasis on remoteness and strangeness and the fundamental romantic feature, endlessness.

it will make spontaneity and the talent to improvise a desirable characteristic, as in the idea of the impromptu, the intuitively inspired.

the newer romantics will cherish freedom of expression, freedom of movement and migration, freedom of passion and gender and the endless pursuit of things like unhappiness, the unattainable and the undone. because the goal should never be achieved, the romantic spirit is haunted by a sense of longing.

a beautiful feeling of loss.

the historical movement developed the idea of absolute originality and artistic inspiration which creates from nothing, leading to the so-called romantic ideology of authorship, which gave birth to the notion of plagiarism and the guilt of imitation, while today’s romantic movement sponsors ideas of partnership and co-ownership as well as cloning, copying and sampling from each other’s work and genius.

the new romantic movement will endorse and validate strong emotion as an authentic source of the aesthetic experience, placing a new emphasis on such mental states as fear, horror and terror – when experienced while confronting the deadly strength and sublime beauty of untamed outraged nature. which explains the revival of vampire series and zombie movies and natural disaster scenarios that are frequently humbled by television and i-phone footage of real life experiences.

a fascination with the darker side of life is the result, voting for shadow over life; a way of coping with current affairs that are deepening the trauma of existence. hence the design of a colourcard composed of clair-obscur ranges with contrasting shadows and lights, omitting colour in favour of mysterious melancholic, hushed and heathered tones.

in an attempt to escape the claustrophobia of population growth, health threatening pollution and overconsumption, the avant-garde will flee the metropoles and seek solace in smaller creative cities and rural environments to experience the simpler and slower pace of life as lived on the farm.

believing in a new nature, a rural revival and a local economy.

romanticism will elevate folk art, ancient customs and authentic costumes as inspiration for our design and music, turning to central european ideas and germanic aesthetics. by incorporating elements that are born in native cultures, such as folk songs, regional food and legendary tales, we shall witness the increasing importance of regionalism and later nationalism, as a cultural and political force that might bring europe to the brink of conflict.

our new romanticism will reach beyond rational ideals, marketing goals, stock markets and liberal rhetoric to elevate our existence with elements of the arts and narratives inspired by the middle ages and its symbolic ideals of courtly love, troubadour lieder and wanderer trails. generating fashions with tunic dresses, stylised tabards and throw-on blanket coats. revisiting medieval patterns from the pre-raphaelite movement and stylistically inspired by the monk-like dress code designed by contemporary designers such as rick owens and haider ackermannn. a generous zeitgeist that layers clothes in a vertical play of unavoidable ideas and inescapable doom.

man becomes mostly soul while the body is losing its importance, and therefore fashions will become more covered and prude. romantic thoughts can be seen as an attempt to embrace the unfamiliar, harnessing the power of imagination in order to escape, in a form of lyrical and emotional melancholy which will become the major inspiration for new textiles with a fascination for the darker side of life. giving sense to doubt and a psychological desire to escape from the unpleasant realities of today’s world by adding strangeness to beauty and weirdness to style. following our intuition and inspiration rather than living the standard life expected by today’s managers who define our uptight society.

another way of escaping today’s trauma is by seeking refuge in childhood, trying to capture the naïve and more creative life of our earlier years by hiding in children’s dresses, finding a safe haven in children’s expressions and playing children’s games. this might explain the return of the fairytale and its moralising nature as an essential contemporary genre in art, animation and design.

the earlier movement valued the achievements of heroic individualist artists whose creative endeavours set pioneering examples that would elevate society, whereas today’s romanticism idealises the family and the interactive group, as opposed to the individual imagination acting as a critical authority.

of all the emotions celebrated by the romantics, the most popular one was love. although the great romantic works are often centred on terror and rage, the motive behind these passions is most often a relationship between lovers, inspired by the medieval troubadours who celebrated courtly adultery and at times even believed that romantic passion was potentially a fatal disease. those were the same minstrels who celebrated romantic love as the natural birthright of every human being, the most exalted of human sentiments and the foundation of the bond of marriage.

today the need for love and the wish to marry and found a family is coming back. troubled by the crisis and in some cases, like in japan after the earthquake, people desire to marry again, because they say that they do not want to die alone…

romantic music attempted to increase emotional expression and to harness the power to describe the deeper truths of human feeling, creating new forms that were believed to be better suited to the new subject matter, frequently drawn from other art sources such as literature, history and nature itself. the creation and description of textiles to come, could be compared to the main characteristics of romantic music, with a grand freedom in form and design.

there will be a more intense expression of emotion in which fantasy, imagination and a quest for the unknown play an important part. the emphasis will be on the lyrical, with richer, often chromatic harmonies as well as the striking use of discords, with displaced and disordered elements in weaving and pattern making. dense, weightier textures with bold and dramatic contrasts explore a wider range of fibres and blends. rich variations of size and scale with minimal and repetitive patterns are alternated with the spectacular and the dramatic ones in order to obtain dynamic climaxes. 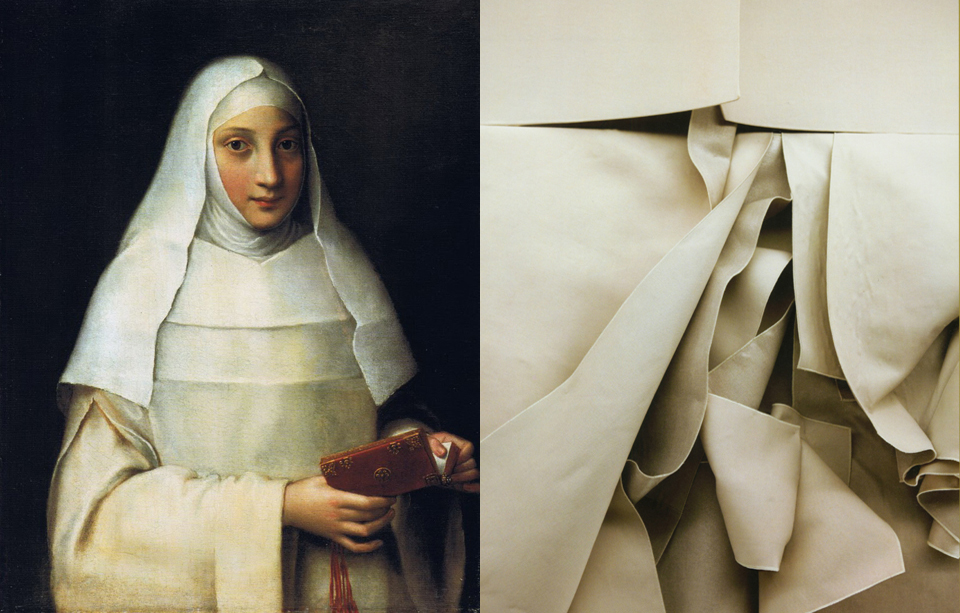 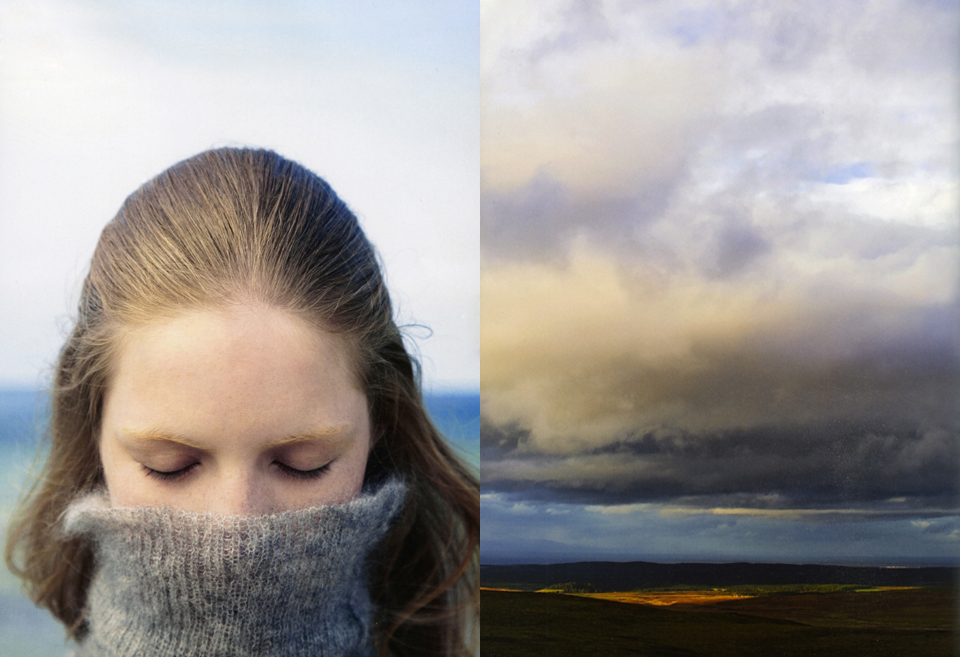 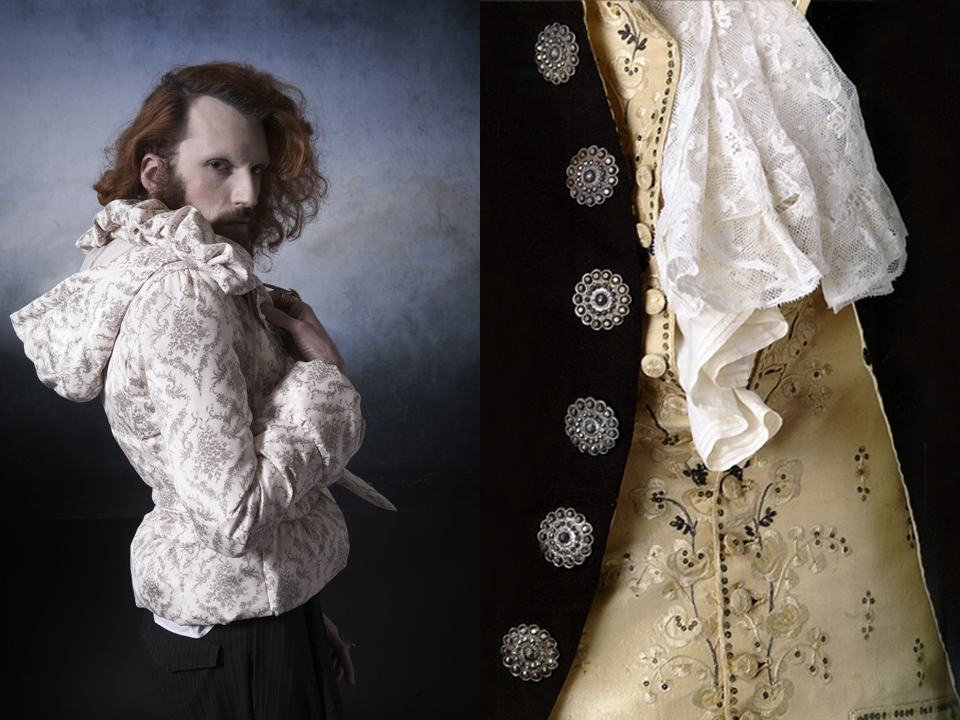 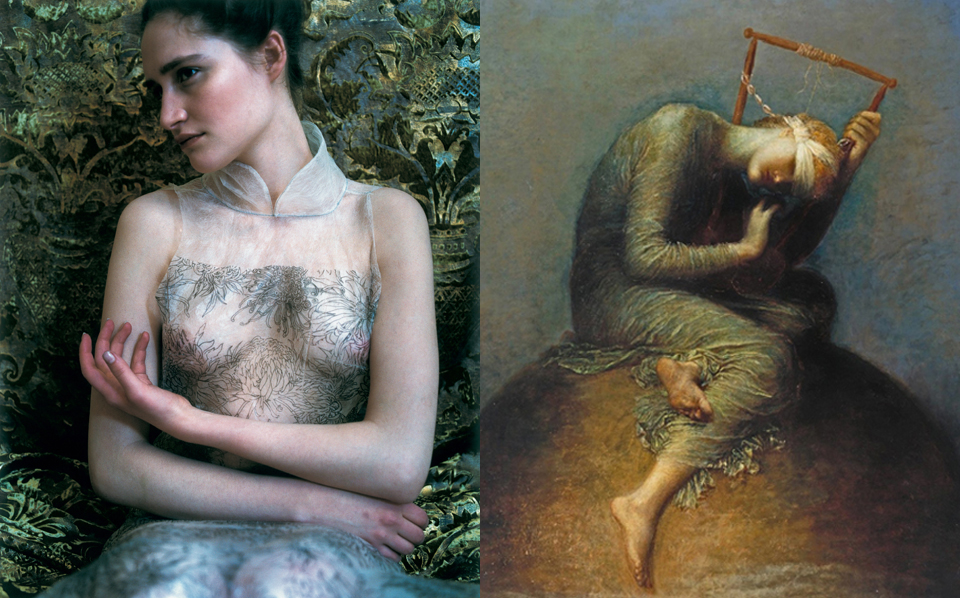 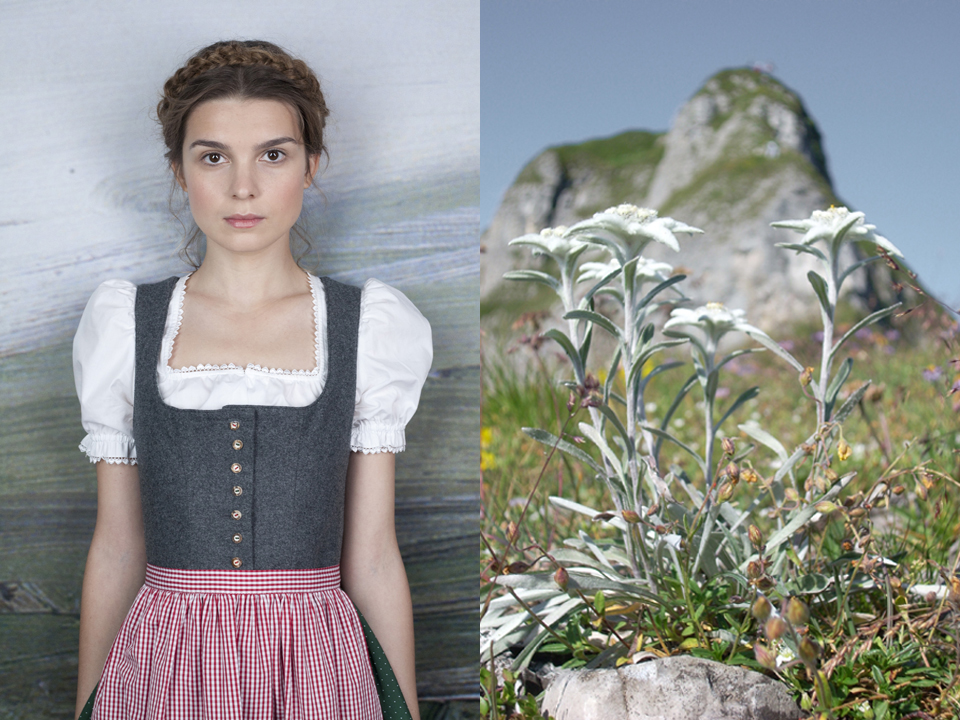 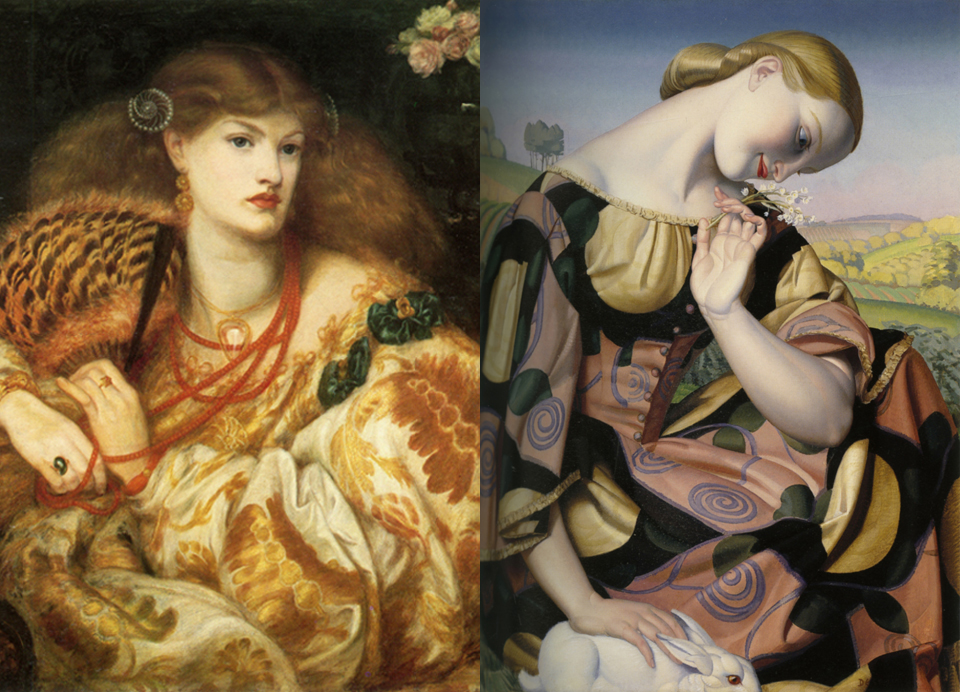 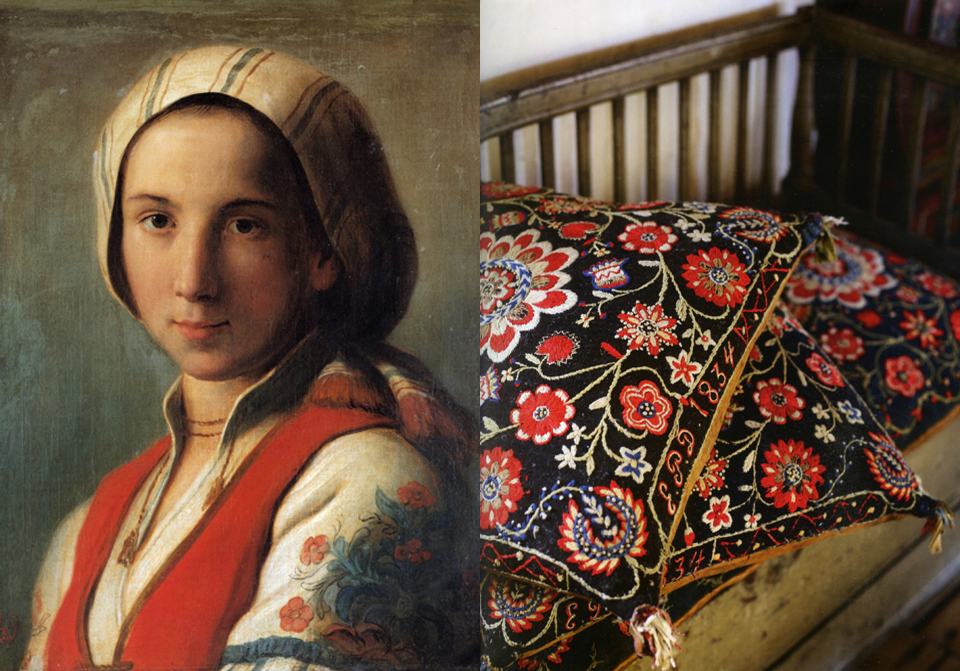 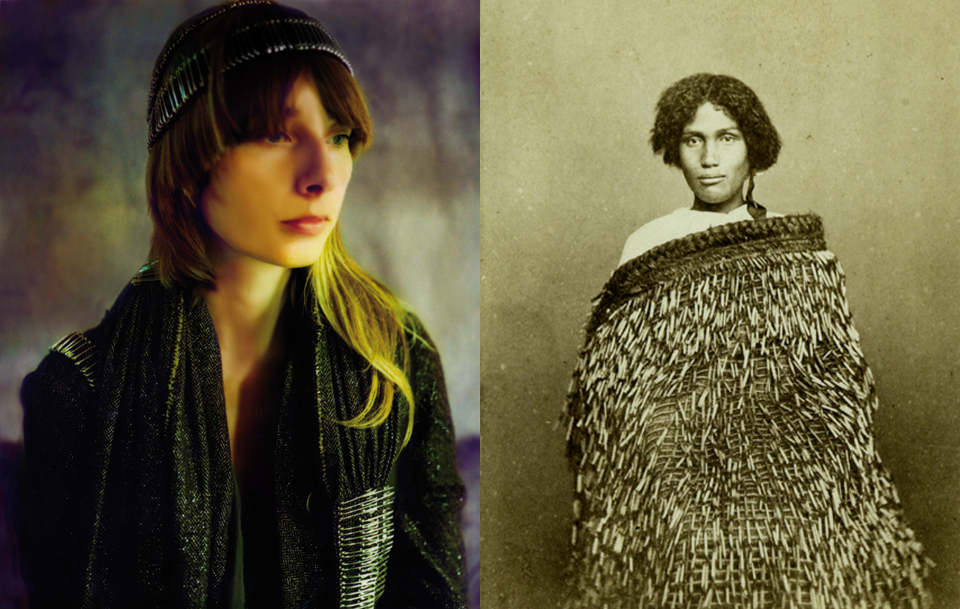 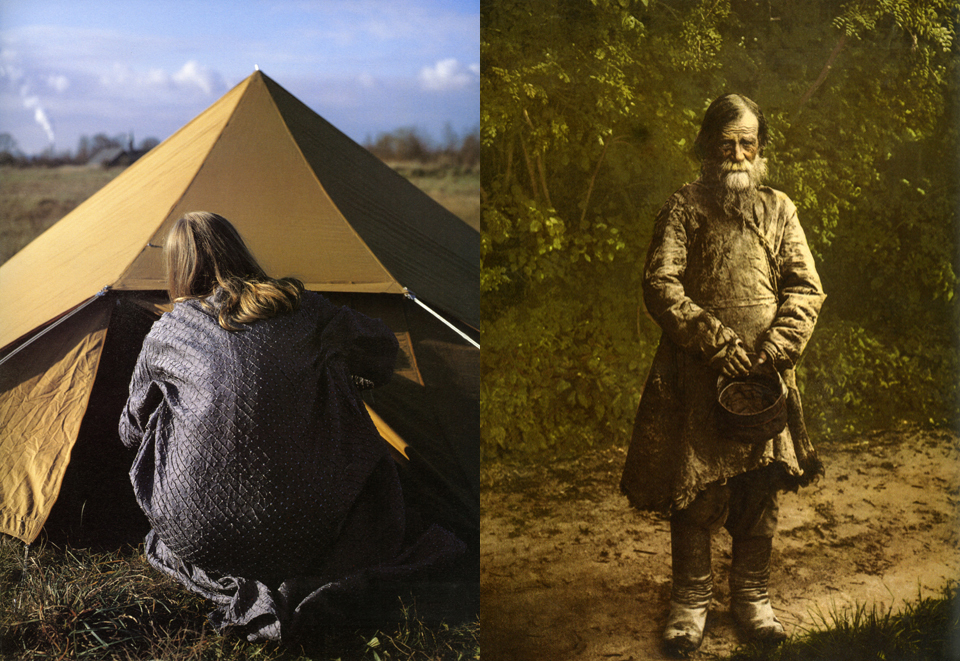 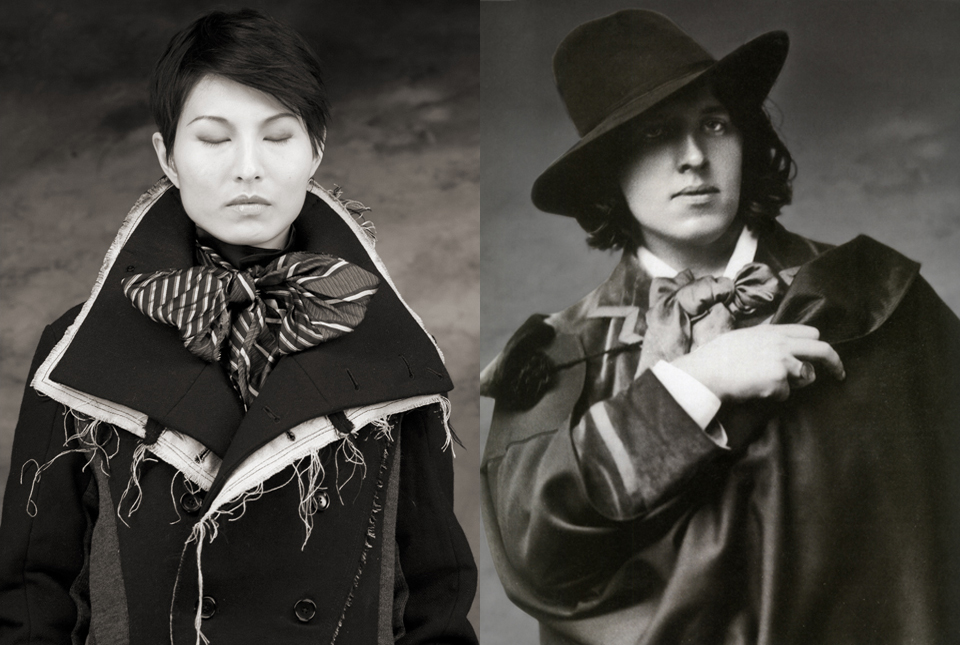 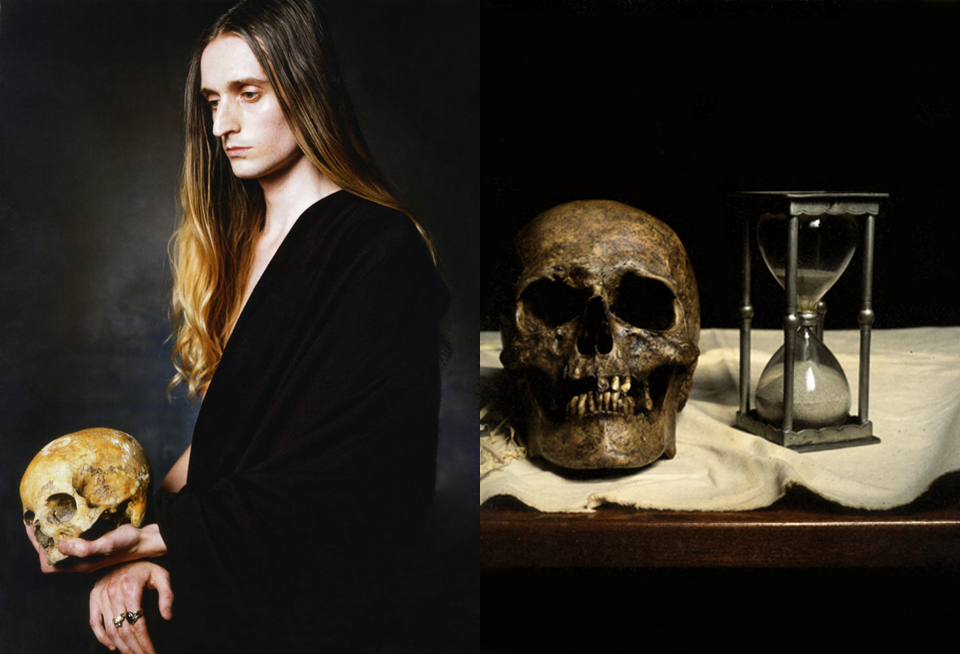