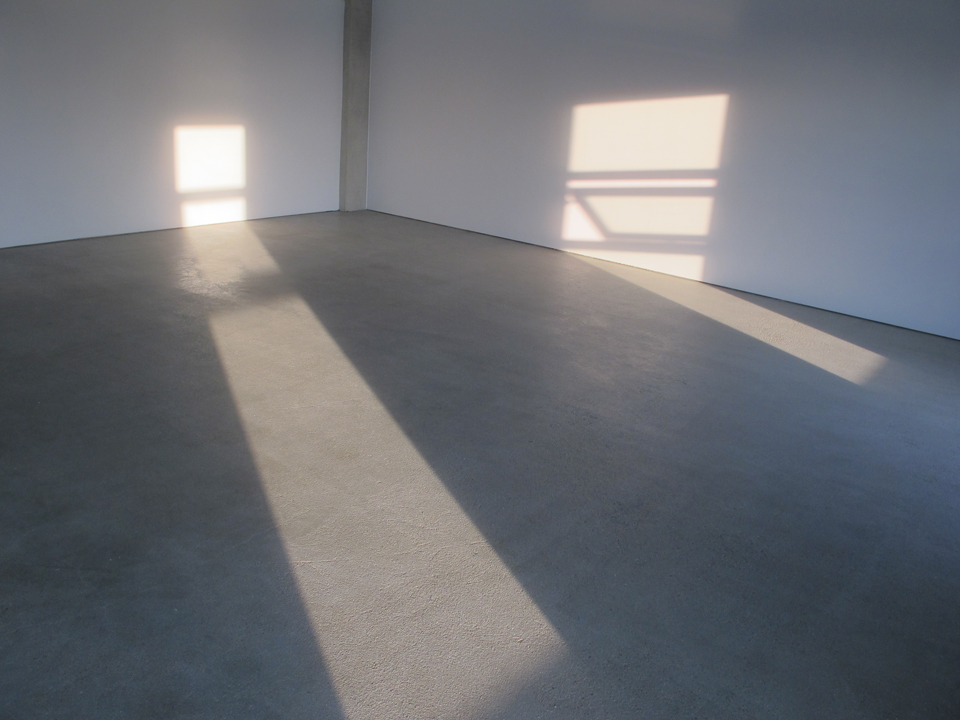 Sara Ingemann Holm-Nielsen gives us on a regular basis, chosen fresh news from Scandinavia. Sara is a very sensitive person , in love with trends and style, she is also a talented writer and the brain behind “Quote a Gentleman”.

It is almost like a feeling – a touch of something we are about to destroy. The Somalia born, Stockholm raised and London graduated artist Ayan Farah obtains the physical and tactile records of natural phenomena as a part of her artistic practice. The artist travels to carefully selected locations scattered in the North European countries and bring the imprints of long-lasting nature processes into existence of her site-specific masterpieces.

In fact, the art pieces are influenced by natural phenomenon to such an extent that they become almost an integral part of the place of their conception. The trademark of her practice is to make use of unconventional technology and natural resources while creating sun-bleached canvases, UV-light processed paintings or solar photographs on silk and cotton. An almost sustainable artistic practice where the canvases and objects deliberately put in different locations become “stained” by the time.

As a result, wind, sunlight, rain and snow penetrate the material so immensely that their traces become fully integrated in the work. This reduces the physicality of the object and makes it part of the physical architectural space it occupies, and also connects it to the non-material lucidity of moving image and sound.

Farah execute in whatever medium is relevant for the specific piece varying from placed canvas on a house roof in Nuuk, Greenland to the lining of a sleeping bag dug down by the foot of the Eldfell volcano in Iceland. After several months the physical fabric has undergone a transformation and the result is mostly unpredictable and allow changes to happen. The state of the material shifts as the light changes throughout the day, revealing folds, layers, lucidity and opaqueness. In her own words this is how Farah explain her artistic practice. “It’s about how the work occupies space and co-exits with it, it’s about weight and weightlessness, the making or the unmaking of the work and its nature, it’s cause and creation.”

Characteristic about Farah’s work is the boarder of the deliberate and the provisional. It is form-full and at the same time formless, finished and unfinished, reflective, translucent, static but with an element that echoes time based media. There is a feeling of being inside and outside, on the other side and behind the side first expected. Sometimes humanity forget what is given by nature itself, but hopefully this talented artist will bring back a touch of a natural phenomena. 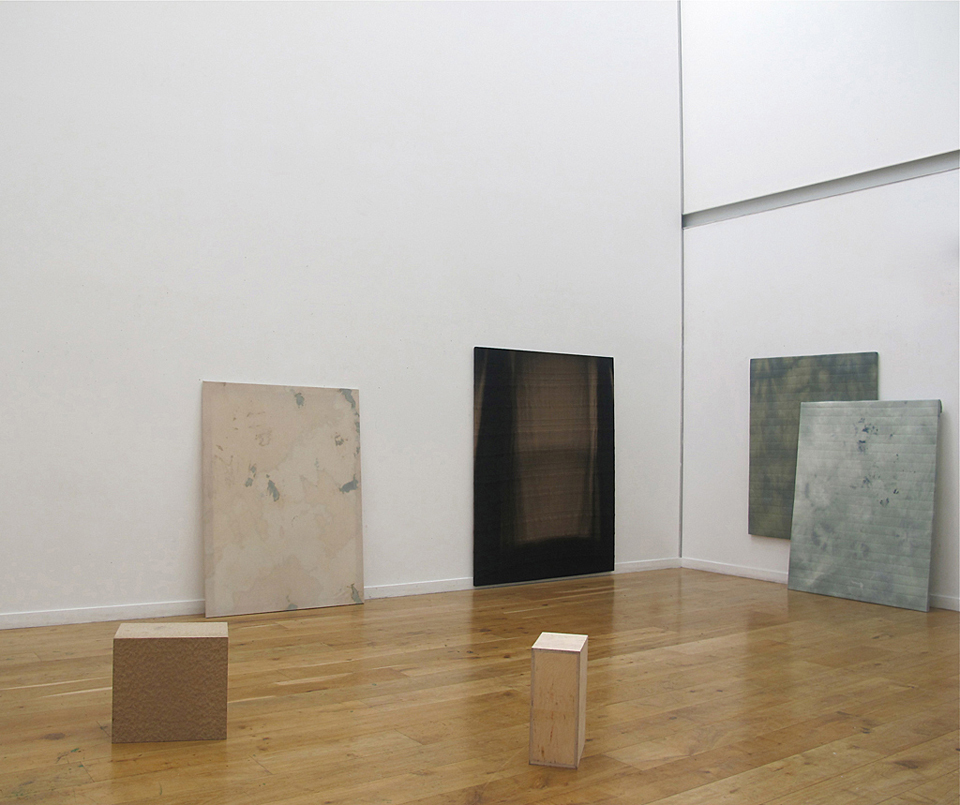 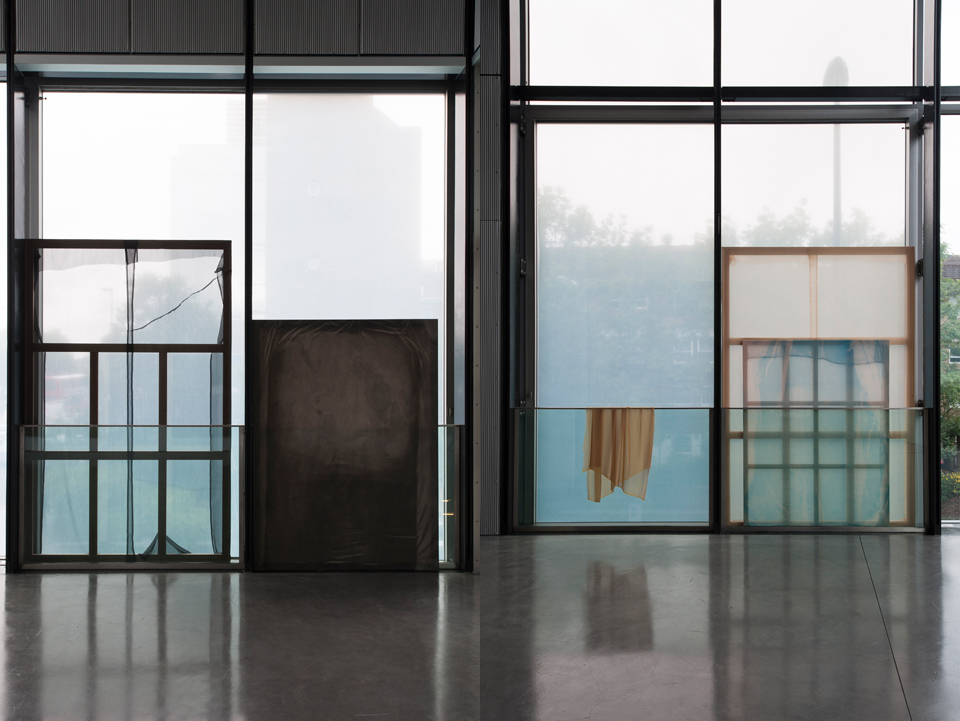 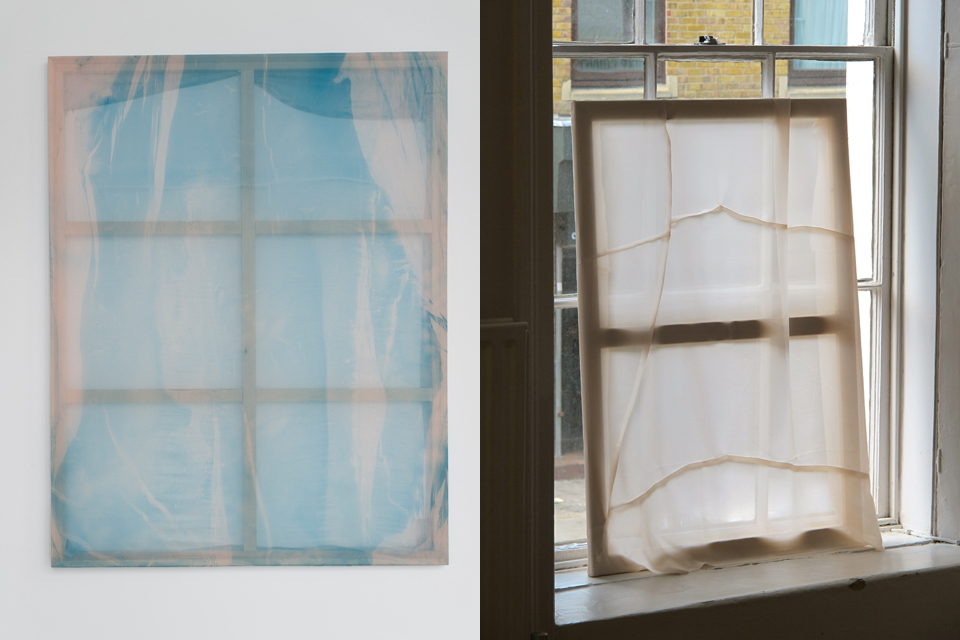 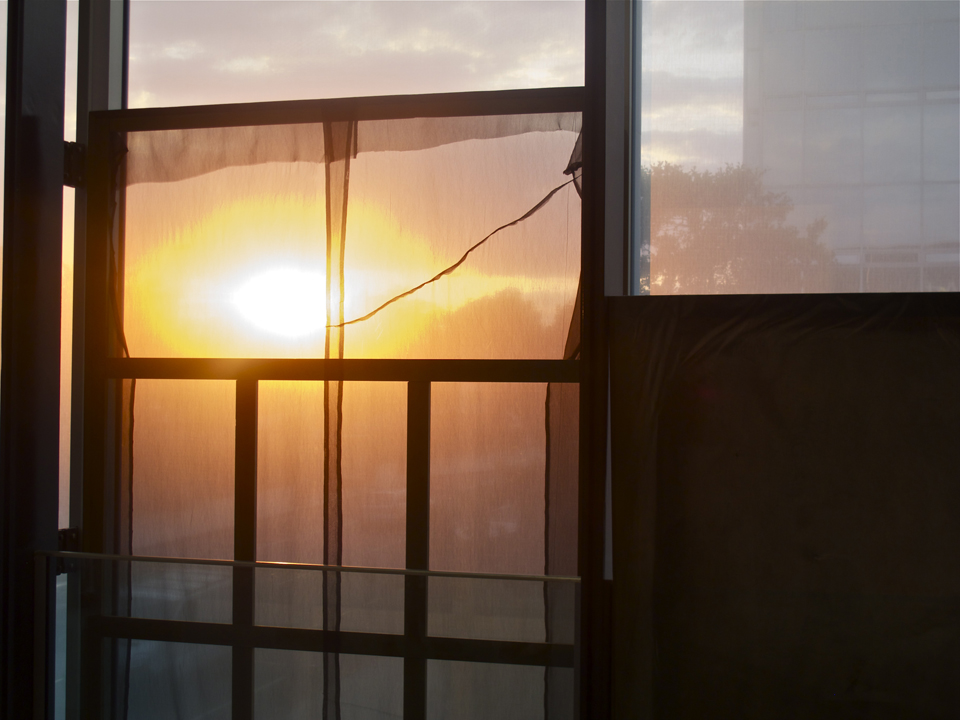