OWS is back
Vous êtes ici : Trend Tablet » OWS is back 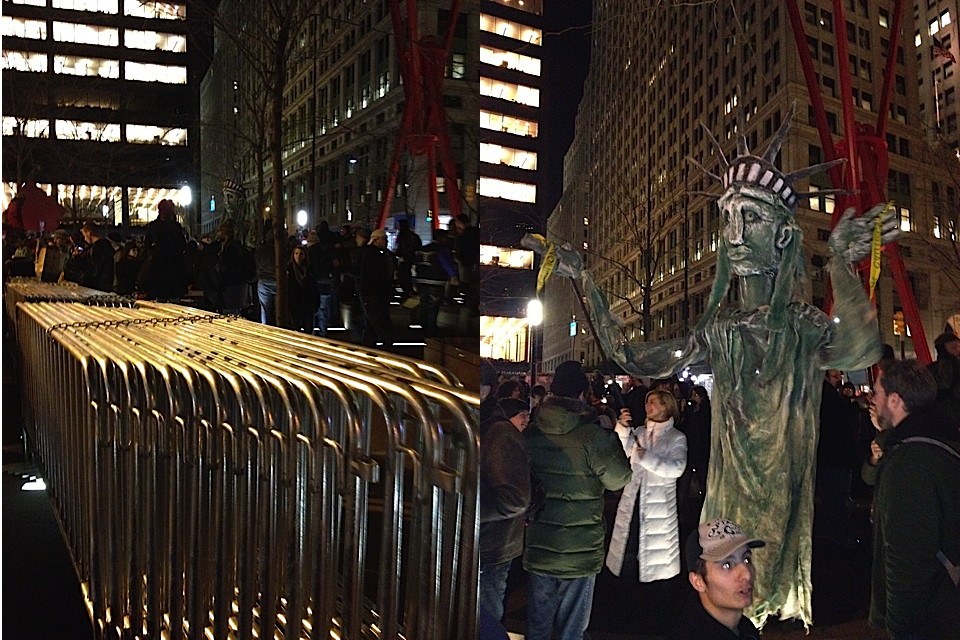 January 10, 2012, the Occupy Wall Street movement is back at Zuccotti Park in New York’s financial district.

The New York City branch of the American Civil Liberties Union (ACLU), a nonpartisan non profit organization whose stated mission is “to defend and preserve the individual rights and liberties guaranteed to every person”, has filed suit against Brookfield Properties, the owners of Zuccotti park, for violation of city zoning law and restriction of public access with barricades.

The barricades were removed, which allows the occupation again. The police watches from a short distance, as a few hundred protesters wave signs such as “angry pacifist” or “fuck Monsanto”.

The spirits are high for the occupiers happy to reintegrate “home”, and who plan to come back in force in the spring all over the country.

The debates are getting heated in online chat rooms as the primary presidential elections occupy the news.

The American libertarian intelligentsia is alive and kicking.