the future of vending machine 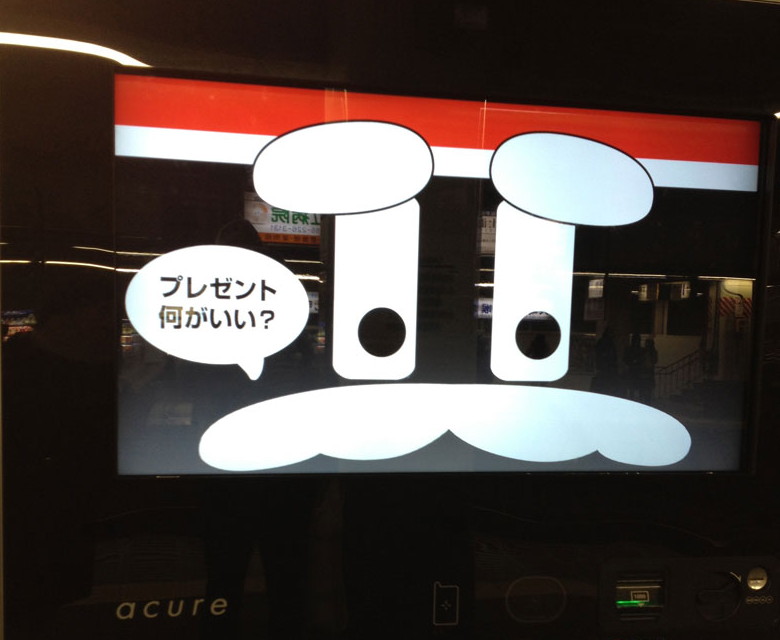 The number of vending machine in Japan is 5.218.600 (data from 2009), And its number is 2nd largest next to USA. But as you know Japan is much smaller country, you can imagine how often you can find vending machine, in every corner of the road and at the station! After big earthquake in 2011, this vending machine was the big issue as they use too much electricity. During summer time, many of them were cut off the power and stand still as the useless box… But now, they seem to find new role. Here is the new vending machine! Can you see the difference? Old one shows the real samples in the window and new one is showing the image of products. 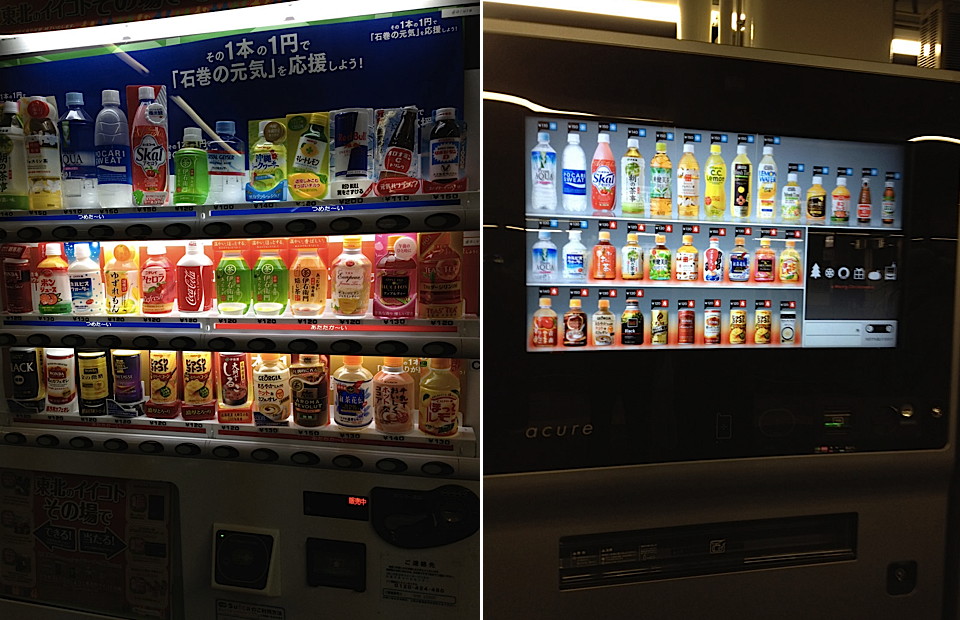