Natura Morta — curated by Studio Toogood for Milan Design Week 2001 — is an exhibition that celebrates the darker side of the natural world. Natura Morta, literally translated as “dead nature,” features four outsized, provocative still-lifes composed of abstract and found objects.

The installment was also home to a series of “Midnight Dinners”, curated in the exclusive Era Studio Apartment Gallery. With the creative direction of Faye Toogood and abstract food styling of Francesca Sarti, the dinners were prepared by Italian food designers Arabeschi di Latte under the heading, the Underkitchen.

Guests were invited to sample simple, but intriguing ingredients including eggs dyed in tea and spices, black rocks formed out of cheese and rolled in coal, and rustic desserts consisting of black bread soaked in water and dark sugar.

Interestingly enough, black colored foods are a signal of health in some parts of the world; most notably, Japan. Black foods are high in phyto-nutrients and have been found to assist metabolism, stimulate the endocrine system, improve digestion, and slow the aging process 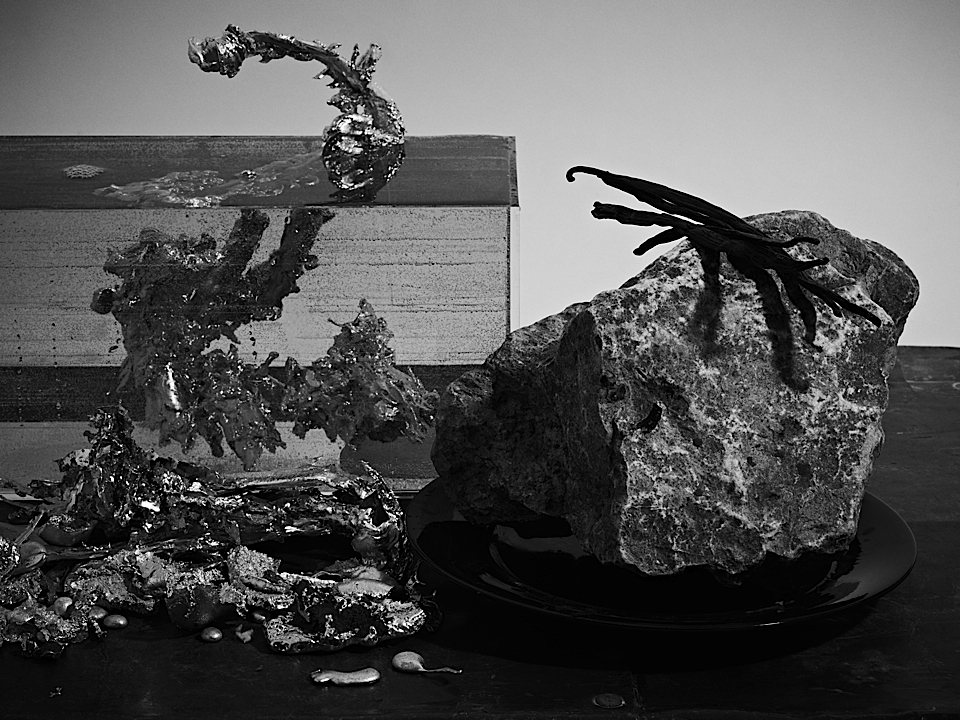 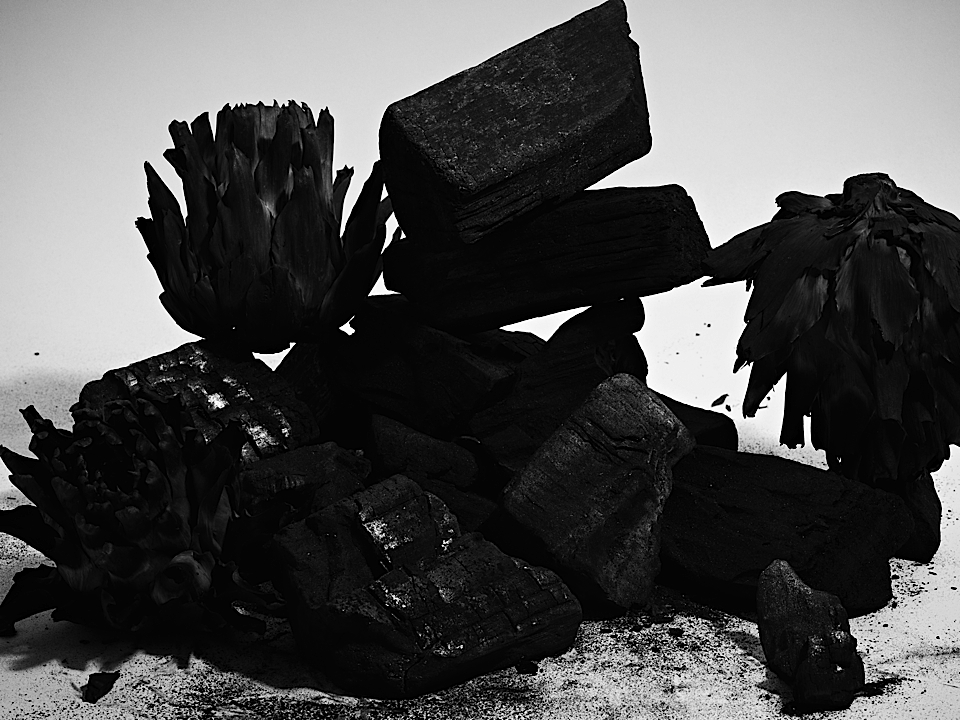