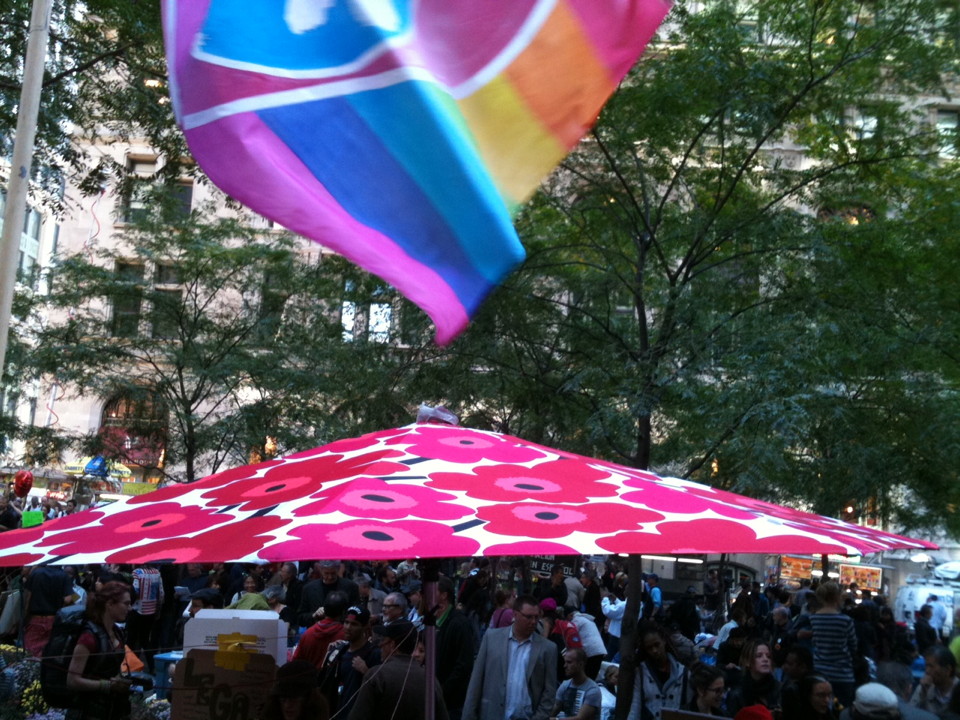 Just driving back from Vermont, a state here in the US where pick-up trucks wear bumper stickers such as “no Farm No Food”, from Pennsylvania where dilapidated barns stand next to local food markets, through New York State where bridges are still disaster-stricken from hurricane Irene, to finally land in occupied Wall Street New York.

Happy Emmy is knitting socks out of a de-knitted sweater, musicians are beating drums right down the Freedom tower in construction, vagabond style is out there under a Marimekko flower parasol, the American flag pledges allegiance to giant tupperwares of old socks and long sleeve sweaters for the campers, cleaners and moppers stand by their brooms determined to clean up the banksters mess, boy scouts bermudas stand by the flower beds to demand transparency, young folks play the guitar suggesting to eat the rich, a giant paper loudspeaker calls for international activism.

Occupy Wall Street might be the switch many expect, spreading like wildfire to Europe, igniting Rome, France, Amsterdam and many more cities to come… some sort of a worldwide soft French revolution out to topple the bankers… a movement with no hierarchy, no violence and lots of creativity; a good first major example of the “we are family” concept discussed in the trends.

How will the male and female bankers handle the situation? The volatile situation will become a status quo. 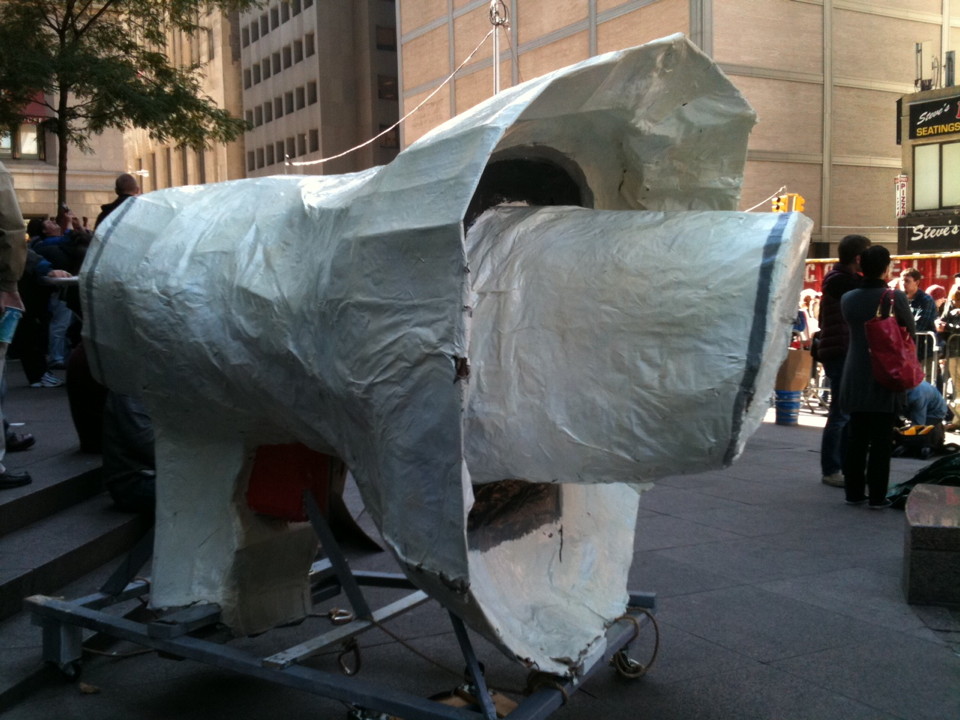 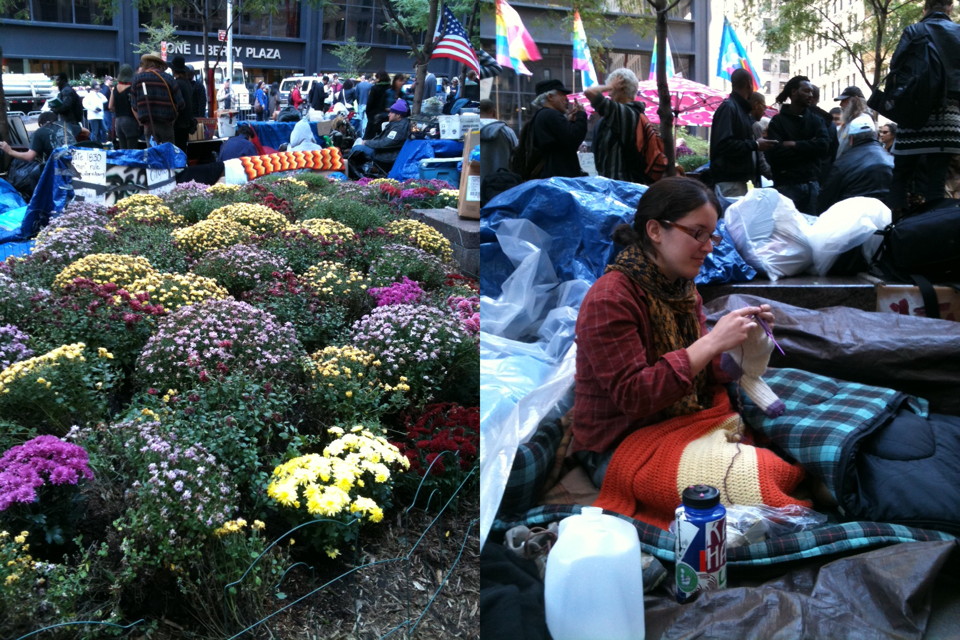 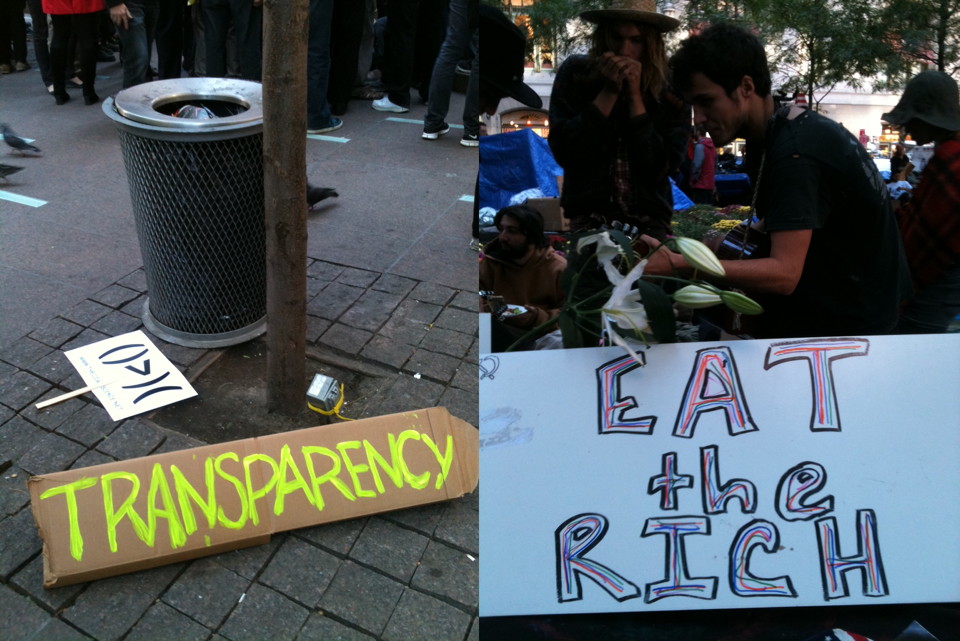 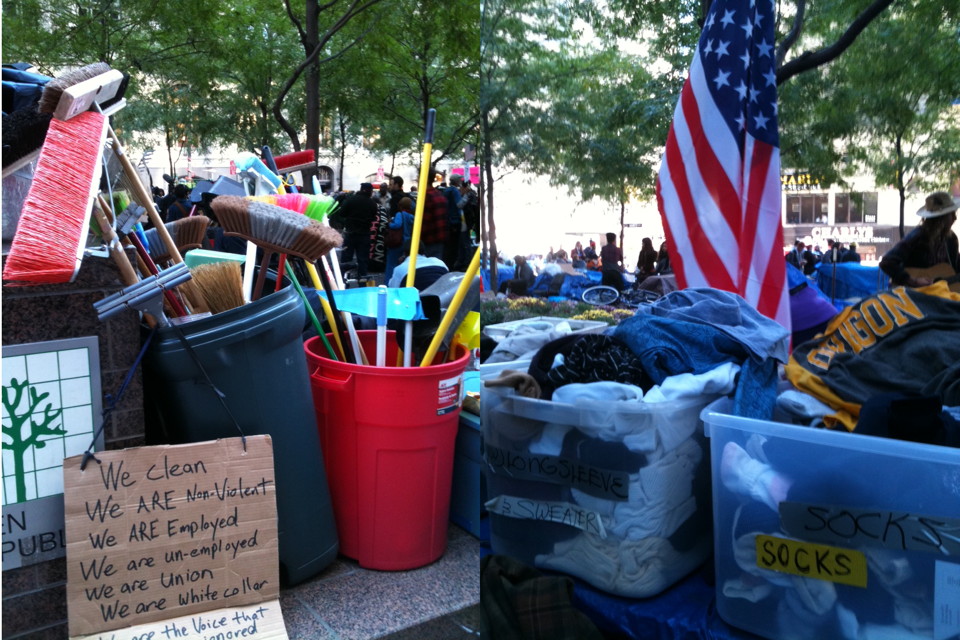