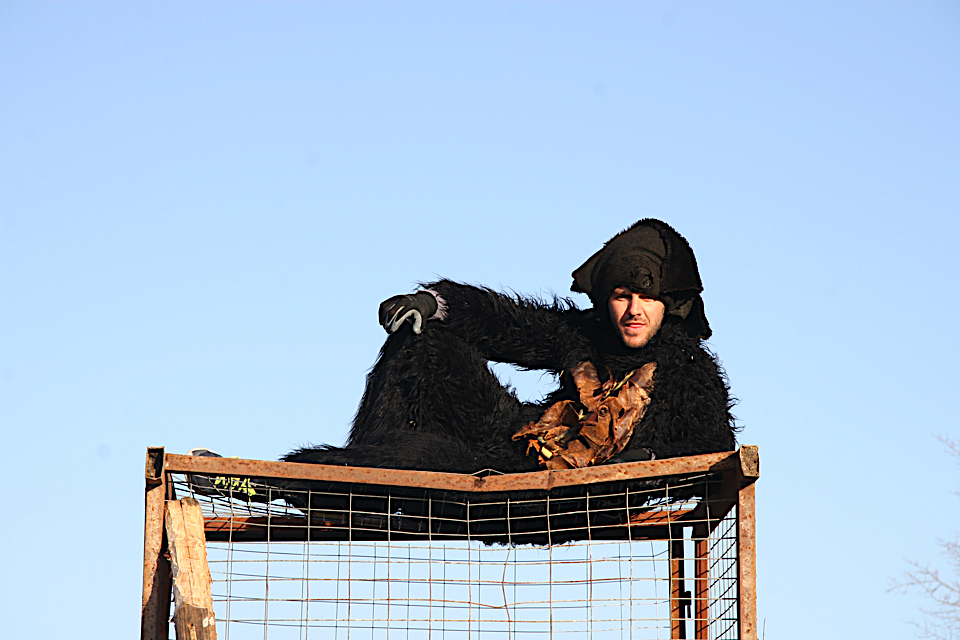 Bell Roads is a festival established in 2014 in Thessaloniki, Greece. It takes place annually during the carnival period through a series of events, exhibitions and performances that brings together performers from all over the country but also has been a destination for other European groups. Talking to the founder, Gianna Evangelidou, we learn more about the future of the festival.

When was the festival established and what is the aim behind it?

The festival was established in 2014. The reason was to research extensively the tradition of animal bell carrying. Unfortunately the anthropological research was very limited in this subject so we decided to begin the research through collaboration with bell carrying teams from countries all over

Europe and also scientists/ researchers who have written about these customs. The issues of our research were many, when this custom began, what does it represent, why were the bells used etc.

Why did you choose the name Bell Roads? What is it about bells that is so strong and that we meet them almost always in the carnival costumes?

The title was chosen because events using the word ‘Roads’ have already created such associations, so when listening to it, everyone realizes that it involves actions with a long geographic and historical path and the creation of a network around it. After all, the bell carrying customs are performed on the road and once a year they meet in Thessaloniki at the Bell Roads. The bells are used as disguises when the custom of the place requires it. The sound of it creates powerful emotions to the bell carriers so they can use them in their rituals in order to disperse the evil and awaken the earth.

Which countries does it involve and which are the requirements in order to participate?

All the countries of Europe have the right to participate with teams where bell carrying is performed; the only condition in order to participate is good mood!

How long does it take for each performer to prepare their outfit and what mental state do they need to be in order to perform? Sometimes they say performers need to reach some kind of ecstasy.

It depends on the costume, for example there is a bell carrier from the region of Drama (Volakas) that it takes up to three hours in order to put together the disguise and to enter the stage of the ritual. The ritual in every case requires a mental preparation; the form it takes is interpreted by everyone in their own way.

Do you believe folk culture is something fading away or does it evolve and adapt through the times?

What is next for you? What should we expect for the 2018 edition?

Our aim is through the procession to present to the world the customs of bell carrying through brief performances. One of the main aims of this festival is to make the events of the festival inspire contemporary artists. For 2018, during the parallel events there is a performance entitled ‘with 100 bells’ by Characleia Voutsas, ‘Karagiozis Shadow Theatre’ with Christos Stanisis, educational programs, documentary screenings and photography group exhibitions of around 50 photographers. During the process of development there is a series of 24 paintings by Spartak Paskalevski, who has been exclusively creating artwork for the festival for the past 3 years. 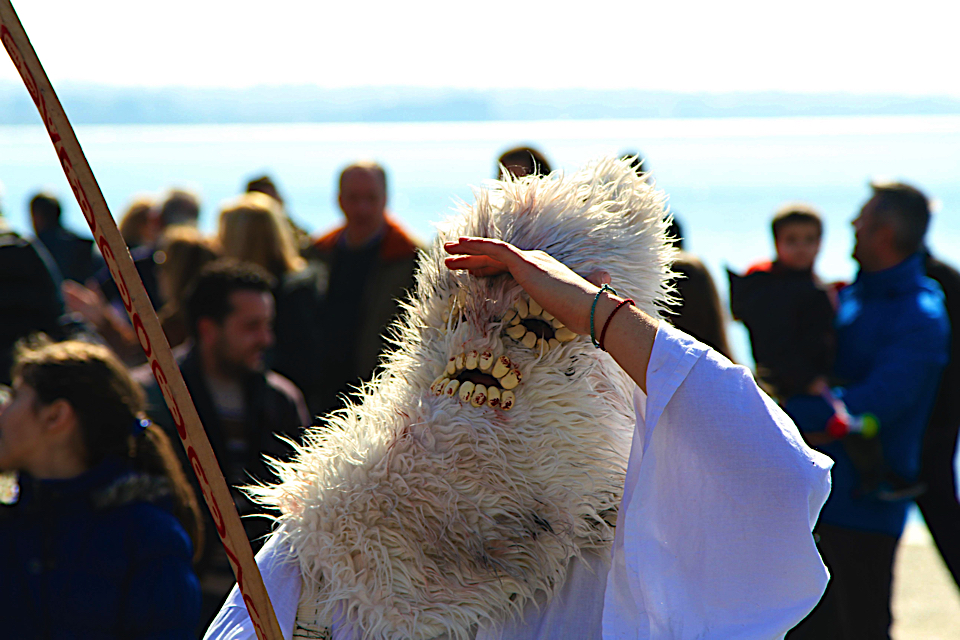 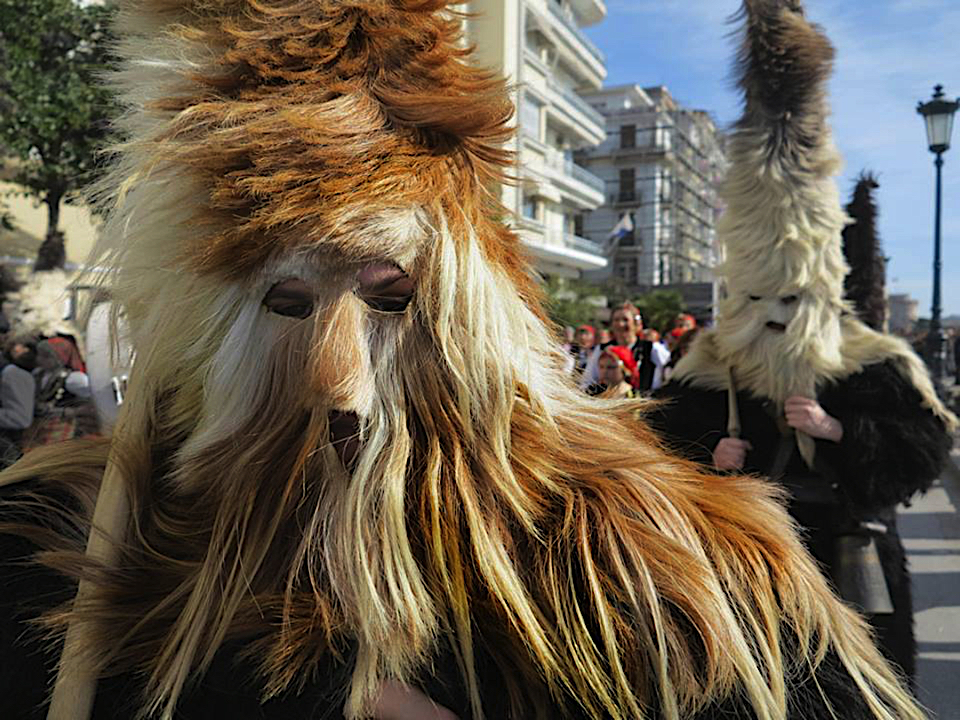 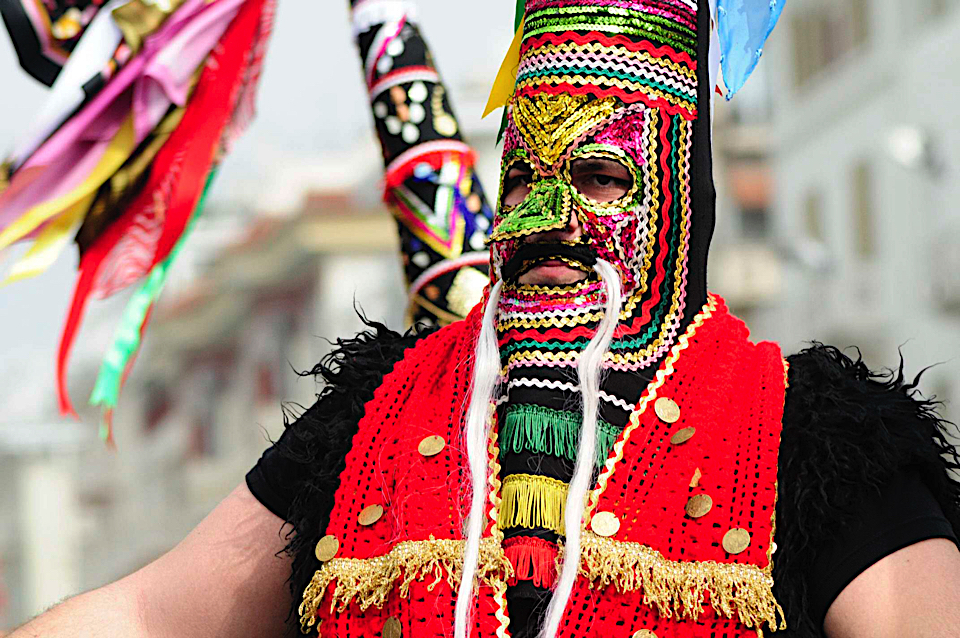