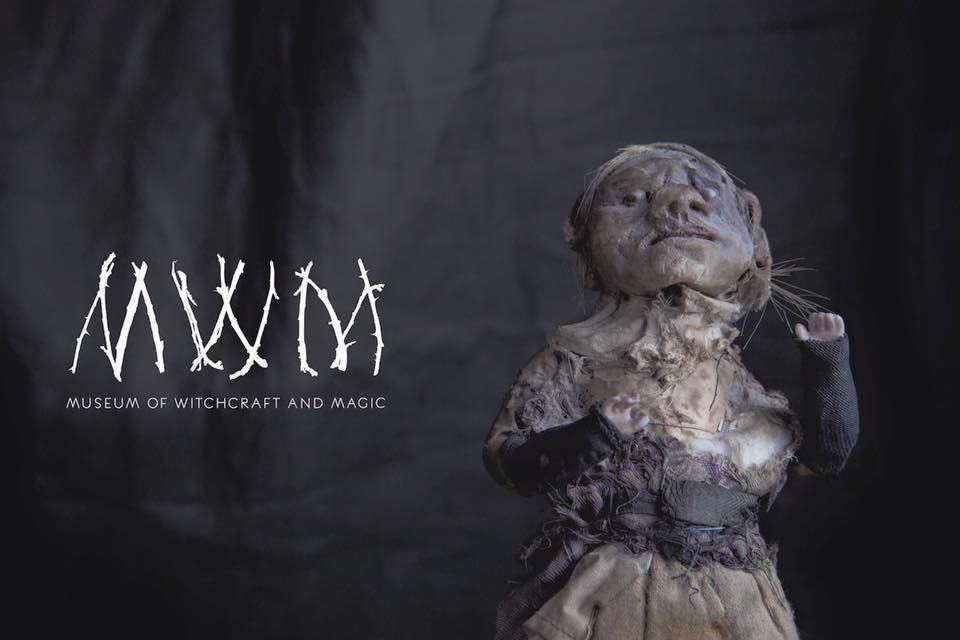 
On a windy Saturday night I visited the Museum of Witchcraft and Magic in Cornwall for a candle light evening opening. For me it wasn’t just any Saturday but the Black Sabbath or Holy Saturday before Easter Sunday for Orthodox Easter so I decided to skip church and a big feast and go adventurous! Located in the beautiful scenery of Boscastle the museum invites you to explore the history of magic; from storytelling and fairy tales we all heard while we were young to the darker side of witchcraft and the prosecution of witches up to the most recent years.
Talking to Simon Costin, director of the Museum of Witchcraft and Magic and also director of the Museum of British Folklore, we learn more about the history of the museum and its future plans.
 
Which areas and eras of British history does the museum research cover? Does it explore other cultures too?
The Museum of Witchcraft and Magic has the largest and most remarkable collection of witchcraft- related objects and books in the world, focusing on an important aspect of British folk and magical culture which has often been overlooked and misunderstood.
The Museum of Witchcraft and Magic was founded by Cecil Williamson and first opened in 1951 in Castletown, Isle of Man. After a partnership with Gerald Gardner, one of the originators of Modern Wicca, ended, Williamson decided to move his museum to the mainland. After brief stays in Windsor and Bourton on the Water, the museum finally relocated to Boscastle, Cornwall in 1960.
Williamson’s original collection of artefacts can mainly be categorised as ‘folk magic’ – the original incarnation of the Museum was The Folklore Centre of Superstition and Witchcraft – and focused on the ways of the wise woman and cunning man but the museum also housed a wide variety of magical items from various areas of witchcraft and several tableaux, demonstrating ritual practice with a strong element of theatricality.

Which artifacts within the museum do you think are the most intricate and fascinating ones and why?
I’m very much drawn to the more folk magic related charms and curses. They seem to show an honesty and earthiness that some of the more ceremonial items lack. There’s something very direct and alluring about some of these items. Many involve quite mundane items such as keys and stones, set together with animal bones, feathers, snail shells or dried animal parts themselves. These are objects that we are familiar with but yet they are being used for magical purposes and take on a whole new significance when used magically. They also represent a direct link to both the natural and the spirit world.
Is magic role playing or does it represent unknown forces through symbols?
Magic is a very difficult thing to define as it has a variety of meanings within different cultures and in different ages. It can be perceived as a means to effect change by the use of ones will, as Aleister Crowley thought or as a way to channel supernatural forces by means of ritual, language and certain actions. The intention of the magical practitioner is always of the utmost importance and if this intention is unclear or too vague, the outcome of a magical act is unlikely to work. Symbols play their part in a lot of magical work as ideas and intentions can be presented in a symbolic way which enables the subconscious to understand them more directly.

Does magic exist only in folklore or does it go beyond?
Some form of magical practice has existed within every known human culture. The belief that otherworldly powers can be called upon for help is embedded within most religions but where magic differs is that the magical practitioner takes a more active role in tapping into and using that magical energy. In order to practice magic you need to make subtle changes to the way that you perceive the world and having done that, the practise of magic itself will effect further changes within your own psyche. You may start to notice certain correspondences and subtle connections between things, you may become more aware of seasonal changes or the way that people communicate with each other in non verbal ways. Magic is a subtle art and needs to be given much thought and understanding to utilise successfully.

Can you comment why people who don’t believe in magic use magic? For example wearing a talisman or number 13?
The belief that an object, action or circumstance not logically related to a course of events can influence ones life, is widespread. The basic human desire for protection, luck, foretelling the future or preventing sickness has been with us for so long, that totally logical people may find themselves doing things, likes looking for the causes of good or bad luck and using something, even as simple as crossing the fingers, to aid or protect oneself from the perceived causes. It has been said that stress can cause people to become superstitious. People can often be desperate to find reasons for anything negative which happens in their lives and will blame their bad judgements on luck, or the imagined lack of it. One way of trying to impose some sort of order on their world is to help protect themselves by the use of a ‘good luck’ charm or talisman.

Imagination is a very important creative element in our lives, how does that combine with magic?
Imagination is hugely helpful for any kind of magical working. Creating something is a magical act and without imagination, it is impossible to create. Imagination will help with a huge number of magical procedures and used with a keen sense of intuition, the two can be a powerful combination.
Where do you see the museum developing in the future years?
One of the main problems at the museum is our lack of space. As more donations come in and we continue to supplement the collection with bought objects, we are finding the size of the current building very restrictive. I can imagine in the future that we may look to set up a sister museum somewhere so that the complimentary material can be housed there. Also, there are quite large gaps in the current collection, with areas of magical practice totally unrepresented. This will need to be addressed. We are looking to start publishing a new magazine, called The Enquiring Eye. Named after one of the founder of the museums papers, The Enquiring Eye of the Witchcraft Research Centre, it will set out to carry articles and papers that have been read at our various conferences and events as well as specially commissioned pieces. We have such a unique and unparalleled collection that the possibilities are endless. We shall have to wait and see what the future holds. Now where did I put that crystal ball……….. 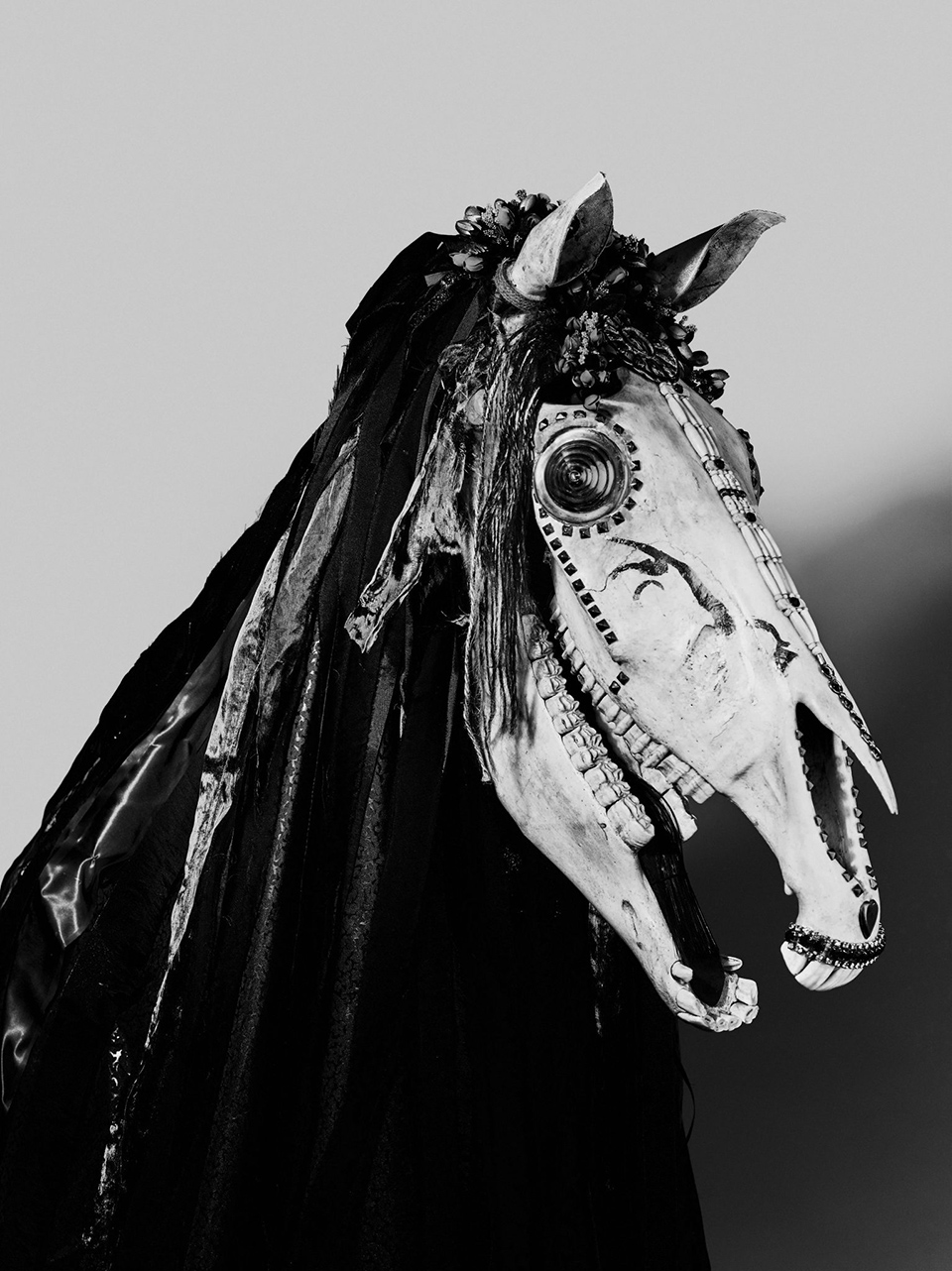 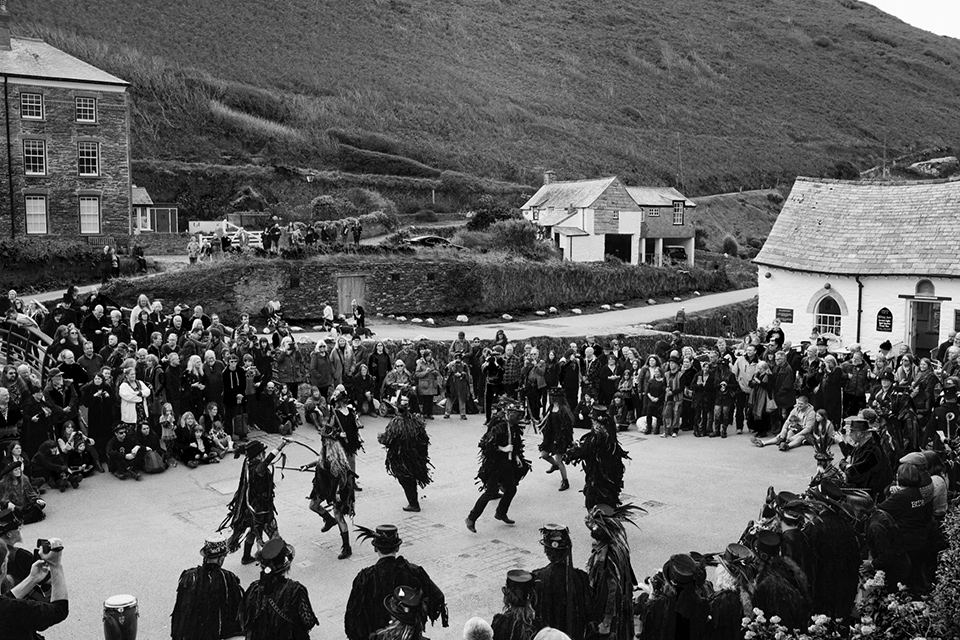 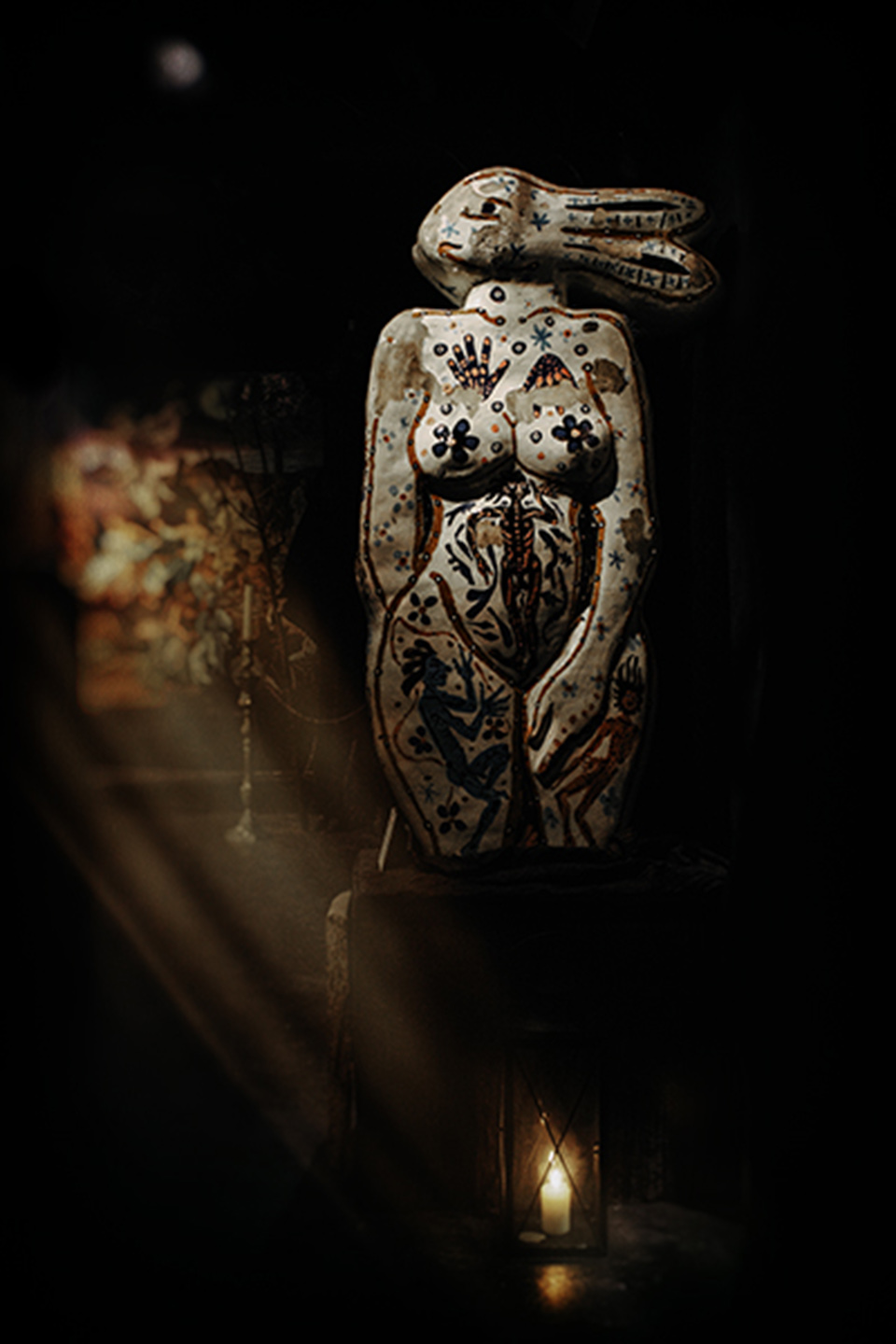 Photography by Friends of the Museum Carol Keith and Paul Ferbrache. 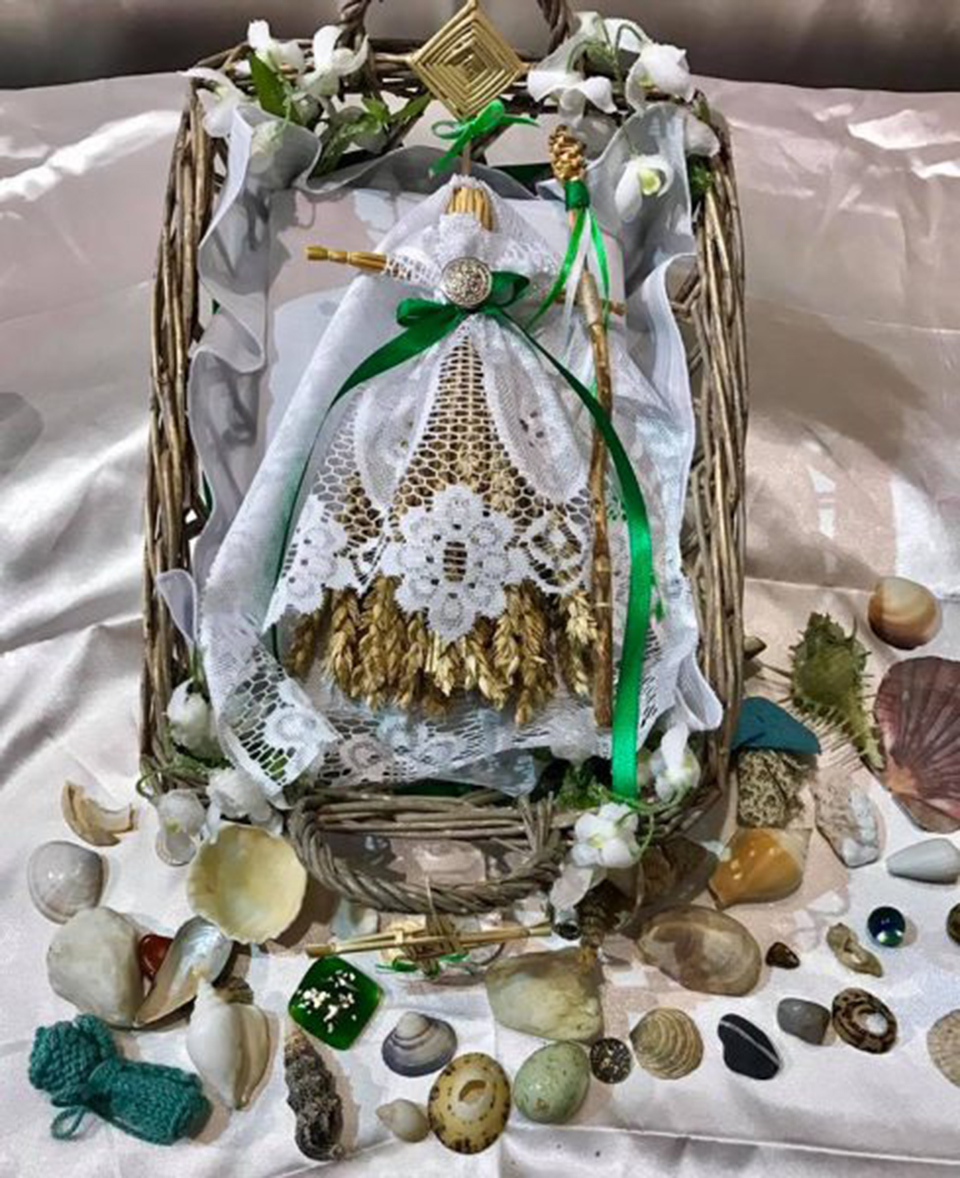 Photography by Friends of the Museum 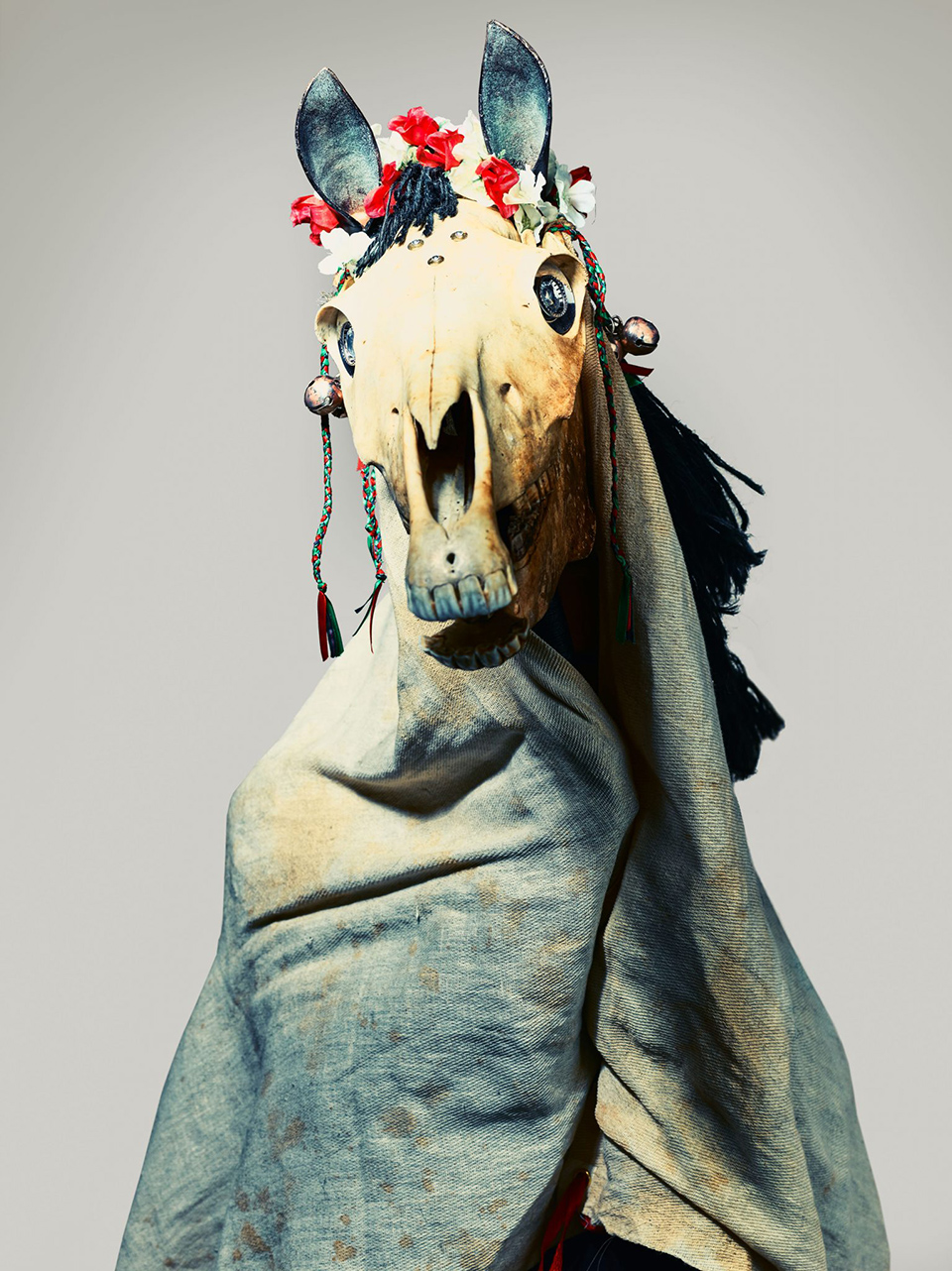