an interview with lidewij about the graduate(s) 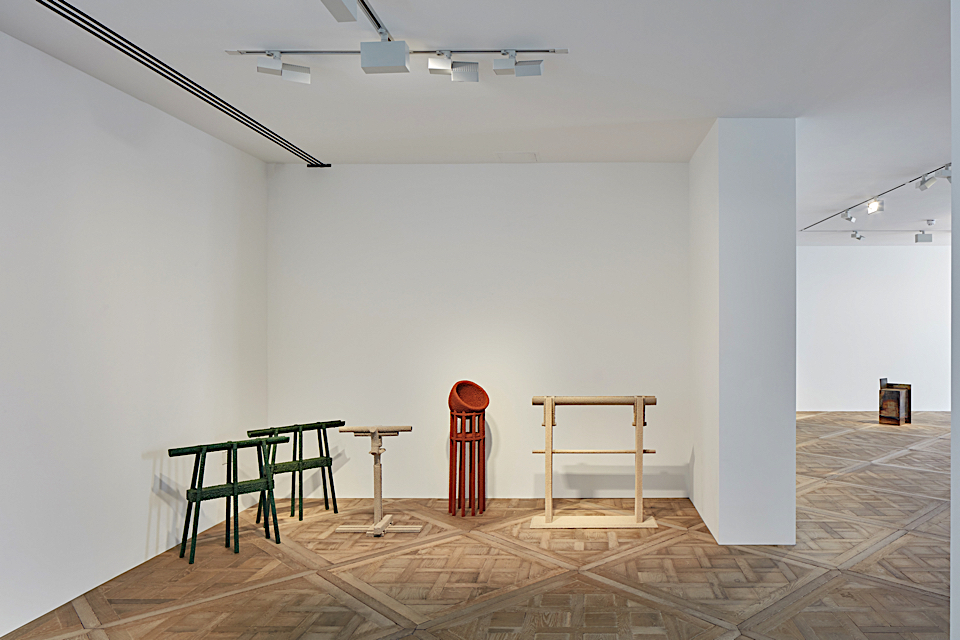 Having mounted many shows of a similar nature in the past, what was the initial spark that inspired you to curate a survey of emerging European talents this time around? What has changed in your practice and the world around us that will make this showcase stand alone from the others?

I try to foster the talents of young designers, creating exhibitions with my curatorial partner Philip Fimmano, centred on what will happen in design next. Our selection for Carpenters Workshop Gallery is rooted in our belief that archaeology and fragmentation are leading principles for young creative people today. Material research is the most exciting component of this process, at times literally excavated. We baptised this design movement as Post-Fossil (a title we used for a first exhibition at Tokyo’s 21_21 DESIGN SIGHT in 2010). However, these most recent graduate designers live at a time when the world and their futures exist in disarray, a geo-political landscape in shambles that is governed by fear, terrorism, bigotry, inequality and a loss of faith in politics and the economy. Young designers try to make sense of this mess by creating contemporary archaic forms; simply conscious of ecology and overconsumption. They provide us with the arts and crafts we need to project an alternative future.

Though you are now creating a textile masters program at Parsons in New York, what drew you back to looking at Europe? What can student designers from Belgium, Denmark, the Netherlands, Switzerland, and the United Kingdom teach the rest of the world? Why have these countries remained important bastions of the design zeitgeist?

While I live in New York half of the year, the majority of my work is still connected to Europe and the design industry there, which continues to fuel the most innovative design ideas, pushing culture forward. This is for a large part because Europe has excellent conceptual art and design institutions, which are the birthplace of fresh creativity and taking risks. These are societies that have a tradition of alternative thinking, linked both to craft and industrial production; one could say that there’s a little more design in their DNA. With the exception of Switzerland (!) these countries are all quite flat so maybe it’s the permanent presence of an imposing horizon (= perspective) that allows creative people to keep a more open mind.

In 1985, Andrea Branzi coined the idea of Domestic Animals as being a series of objects that combine globalized technological advancements with revived vernacularity; reinterpreted craft traditions specific to different locales. How are today’s recent design graduates exploring the concept of archaeology by drawing from the past to shape the future?

There is definitely a very primal aspect to a lot of these design disciplines. This is perhaps best encapsulated in Aurelie Hoegy’s wild Dancers, which are chairs that merge animal and human, supple fibres with hard matter, fusing object with performance. In the aftermath of the longest financial crisis in decades, a period of streamlined design for design’s sake has come to an end. Society is getting ready to break free of its materialistic past by replacing it with the materialisation of modest earth-bound and often recomposed materials. In this process, young designers formulate objects around sustainable ingredients, favouring timber, hide, pulp, fibre, earth and fire. Like contemporary cavemen, they reinvent shelter, redesign tools and manmade machines, and conceptualise archaic rituals for a more modest lifestyle.

What materials, forms, textures and colours make up the language you’re identifying in this exhibition?

The Graduate(s) features works by fifteen designers made from a variety of both poor and precious natural materials. Martin Laforet has wired LEDs to a rough slab of concrete to create a beautiful lamp. Thomas Ballouhey coats found ingredients with sand to envision rudimentary porous furniture for the future. Carlo Lorenzetti forges earthen recipients for water and botanicals, ritualistic tools for a new kind of well-being. Crackling clay grows over the polished marble and granite assemblages by Priyanka Sharma. Steel is rendered in varying oxidised patinas by Anton Henrik Denys.

The translucency of cow intestines is lit up in a chandelier by Kathrine Barbro Bendixen, recalling the emotional vocabulary of Eva Hesse. And textiles take on tactile dimensions in sensorial rugs by Sofie Genz, woven in wool, paper and sisal. These objects are all tinted in natural shades ranging from brown and beige to red ochres and bronze. An accumulation of shapes and materials brings some brightness in a spectacular cabinet-collage by Kostas Lambridis.

Why is it important that the exhibited projects reflect a sense of impulse and experimentation, expressed through the primal rawness and roughness of new material generation, collage; resourcefulness; reconsideration, and reconfiguration?

Material is the message in today’s design world, with designers looking at both low and high tech ways to reinvent the elements with which they work, all the while staying connected to nature and sustainability. Many of the objects are highly process-based, illustrating the making as a sign of authenticity and transparent honesty. Designers often recompose scraps of matter or blend both natural and synthetic ingredients, creating material hybrids. Recycling and reincarnation comes naturally to young people today; giving objects a new life, adding texture and colour along the way.

How can sublime, universal, monolithic, and sculptural forms be understood as functional objects or as means to influence a reorientation of what design means? How can speculative projects change our perception of how we consume and use objects or tools?

Autonomous design mirrors contemporary culture and has the power to ignite new ideas for the design industry at large. For example, over the past twenty years, the movement of creating uniqueness within a range of objects has now become a central asset to many serial product collections; production technology finally catches up. Whether these objects are functional is of less importance since they are considered material expressions, aesthetic objects or three-dimensional forms. They experiment with process and technology, challenge shape and structure, honour the presence of the maker and act as vectors for the important issues of the day. The brut nature of many of the objects in The Graduate(s) indicates a shift by a young generation concerned with making and consuming less, towards a mindful and spiritual future.

What is your relationship with Carpenters Workshop Gallery? Have you collaborated in the past?

When contributing an essay to a forthcoming book by Rizzoli about Carpenters Workshop Gallery, I realised just how much we share a similar discerning eye. I am also very proud to see many Design Academy Eindhoven alumni in their roster of artists. We are collaborating with Carpenters because, like us, they’re not afraid to take a risk in order to support tomorrow’s creative talent. The gallery has given us carte blanche to show some quite directional projects, some of which are outside Carpenters’ usual comfort zone. We all hope to introduce these graduates to an international audience during London Design Week; from the press to collectors and the design world at large. 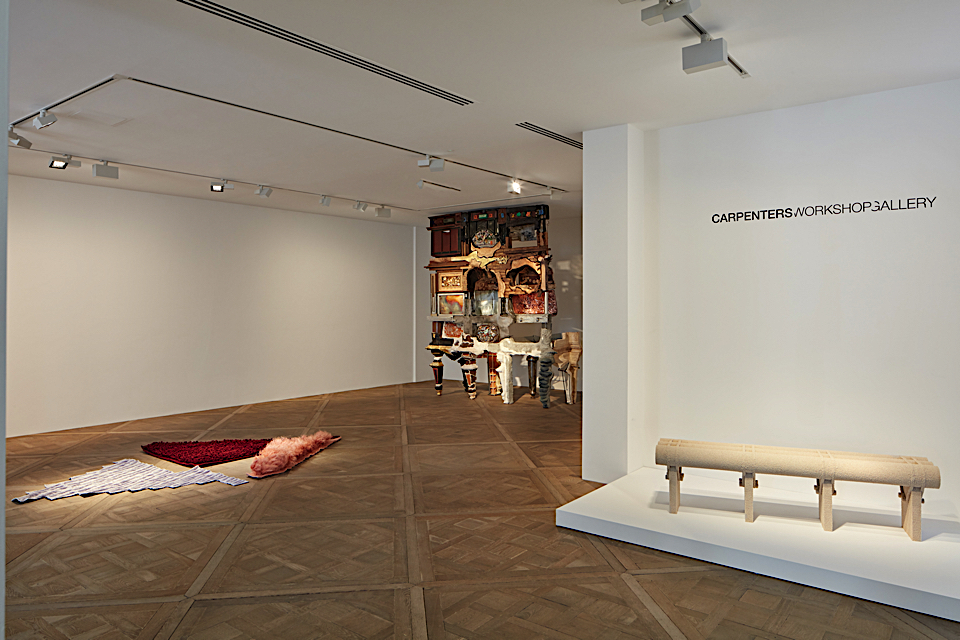 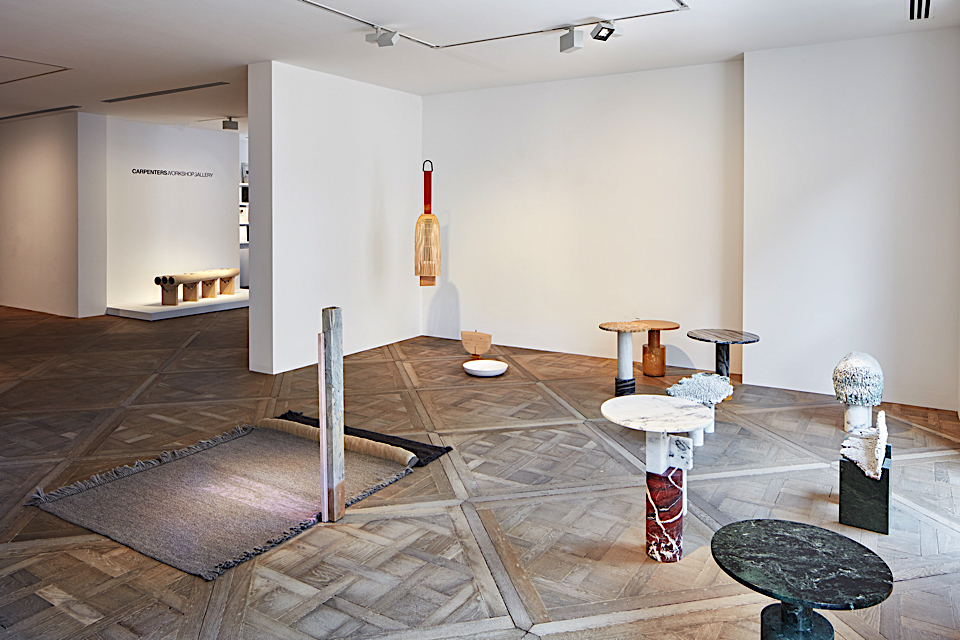 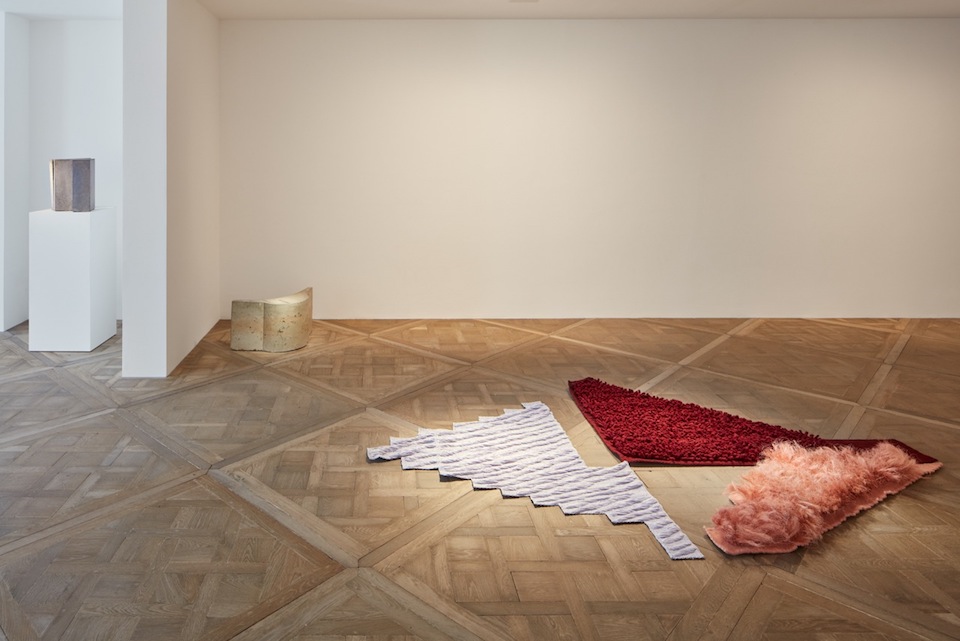 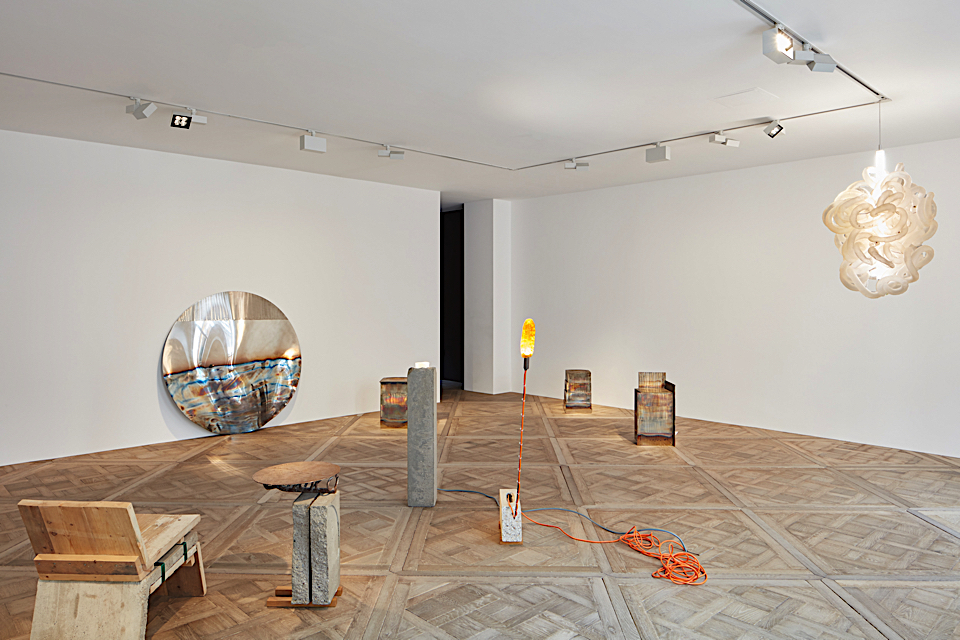 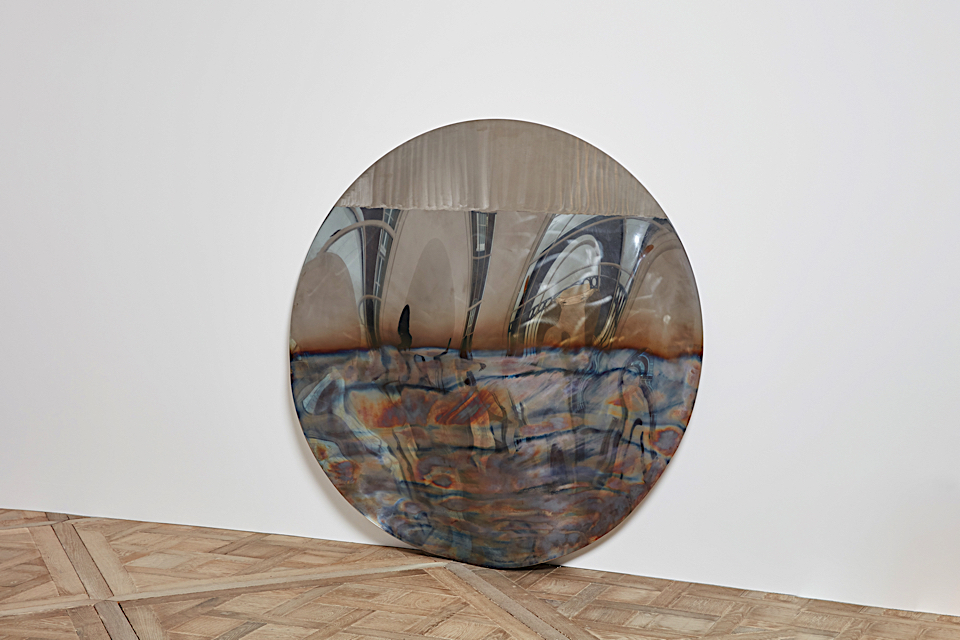 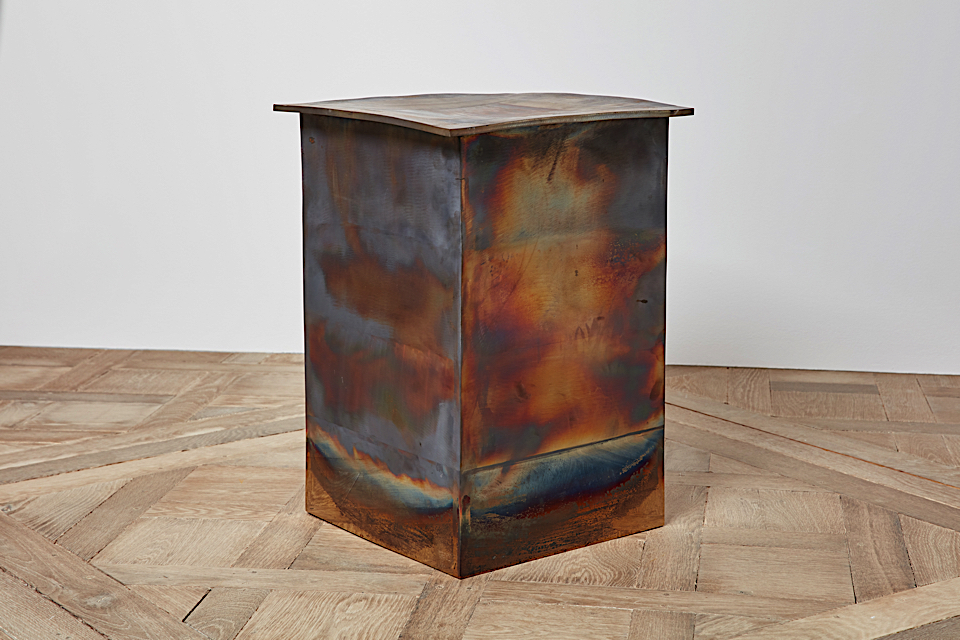 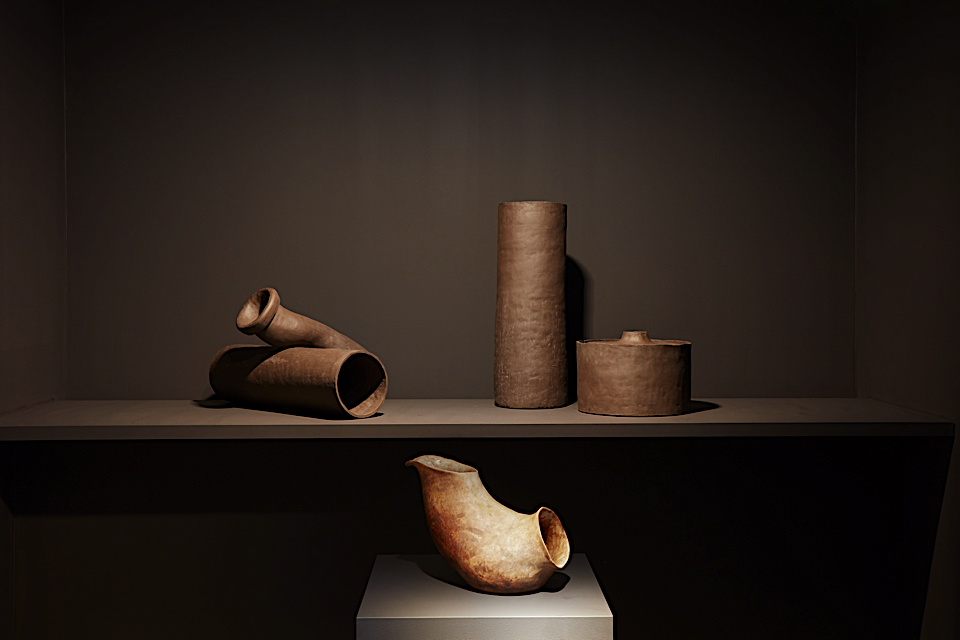 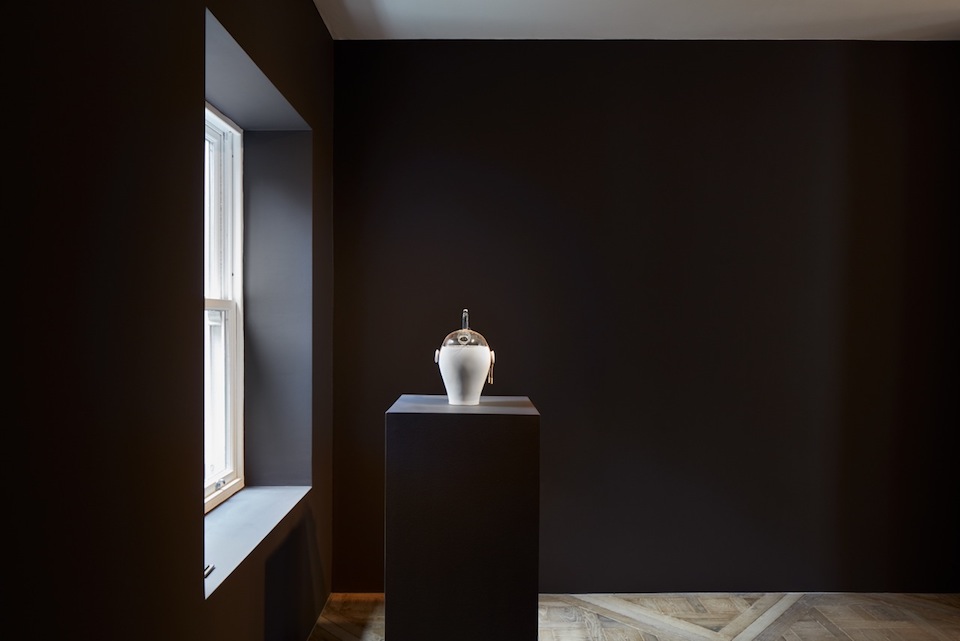