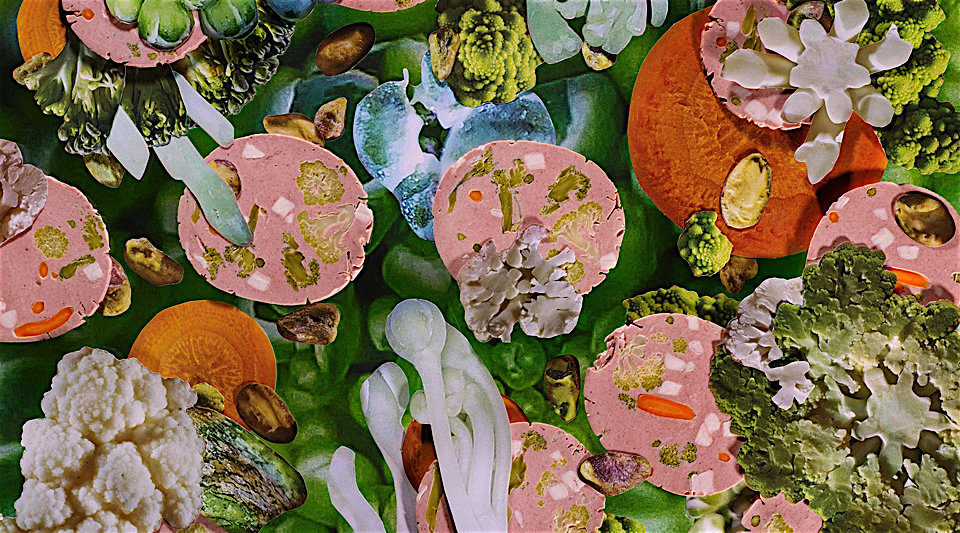 According to the Food and Agriculture Organization (FAO) the animal agriculture, more than the transportation sector, accountable for environmental problems like global warming and if we continue to consume meat at this rate, meat will be scarce. Besides environmental problems and running out of sources, they indicate that we will lack protein-rich-food. Dutch designer Carolien Niebling, butcher Herman ter Weele and molecular chef Gabriel Serero teamed up to look for substitutes and other, unconventional resources to create the ‘Future Sausage’.

The project ‘The Future Sausage’ is a graduate research-project by graduate Carolien Niebling from Swiss university ÉCAL. The reason for Niebling to re-design the sausage: “It’s one of the first designed food-items, which wants to make most of animal protein in scarce times”. She researched the history of sausage making and asked questions how design could help to give suggestions for future food concepts and alternatives to meat.

Next to beer, the sausage is an important part of German culture. The same goes for England, where they’ve got more than 470 kinds of sausages. She discovered that in Germany they even have a law, which prescribes how to make sausages. Together the team re-designed the sausages to reduce the meat content from 20% up to 100% (if insects don’t count as meat). They used meats from unusual parts like the heart or stomach or just less meat. The “Fresh Sausage” for instance, is partly made of mash of peas and potatoes. This reduces the meat quantity by 30%.

Even if we eat less meat, our planet will benefit. Besides the reducing of meat content, they looked for protein-rich resources to put in a sausage, which results in, for example, insect pâté, chocolate-apple blood sausages or fruit salami. The insect pâté is made from insect flour, pecan nuts different spices and carrot juice. Everything could be tasted at Salone del Mobile 2017, the Milan Design Week.

She has bundled all research and information on the sausages in a book and launched it on ‘Kickstarter’ for printing, continuing the research and developing new sausages. She hopes to inspire people to think about the consumption of meat, eat less of it and look for alternatives. 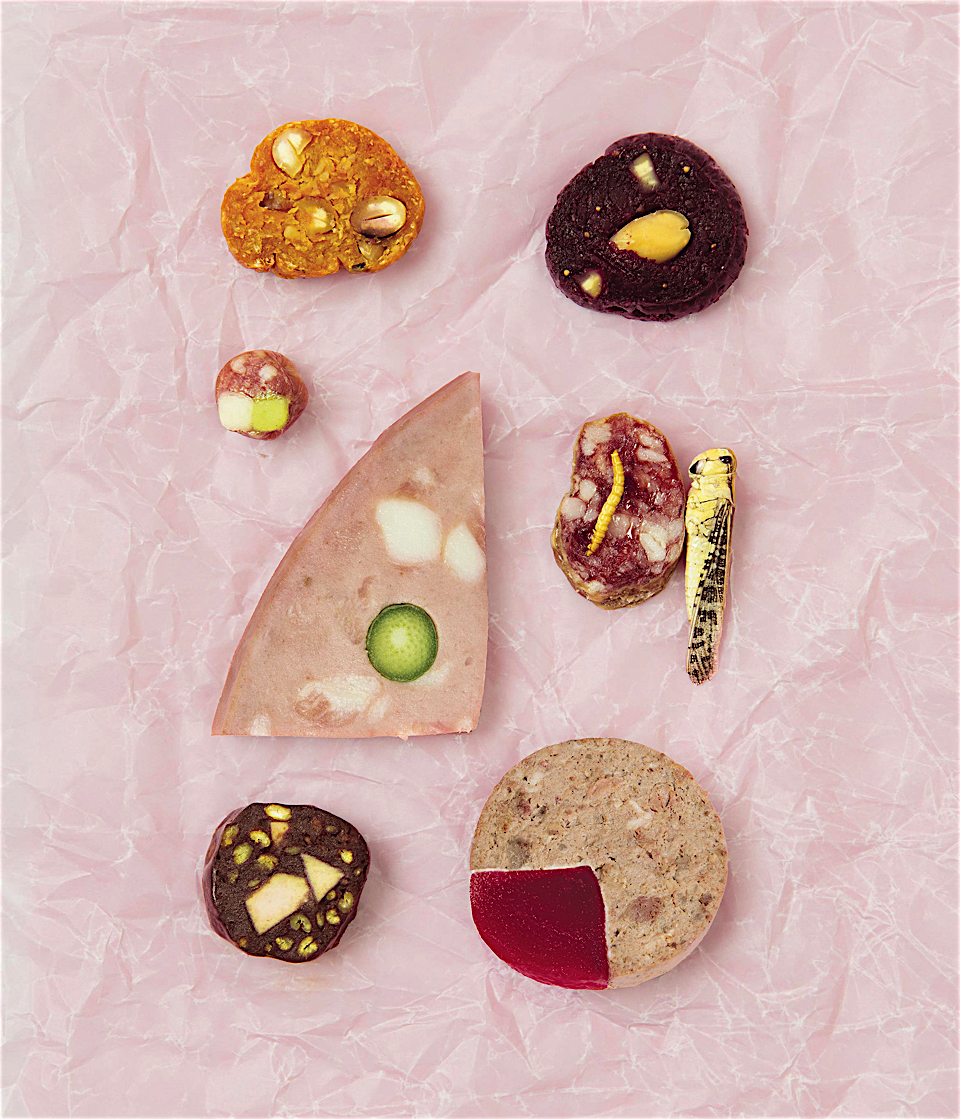 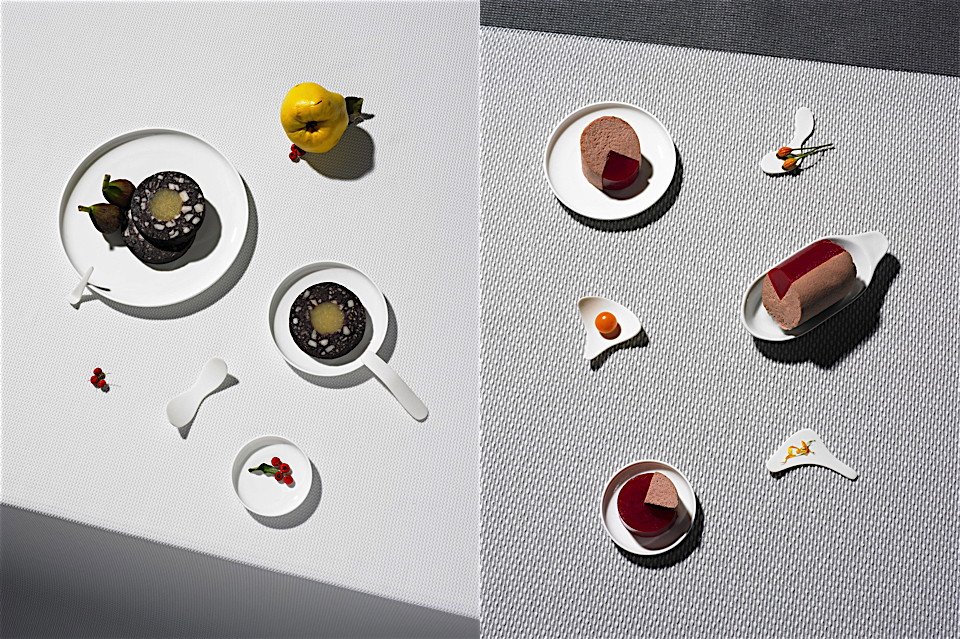 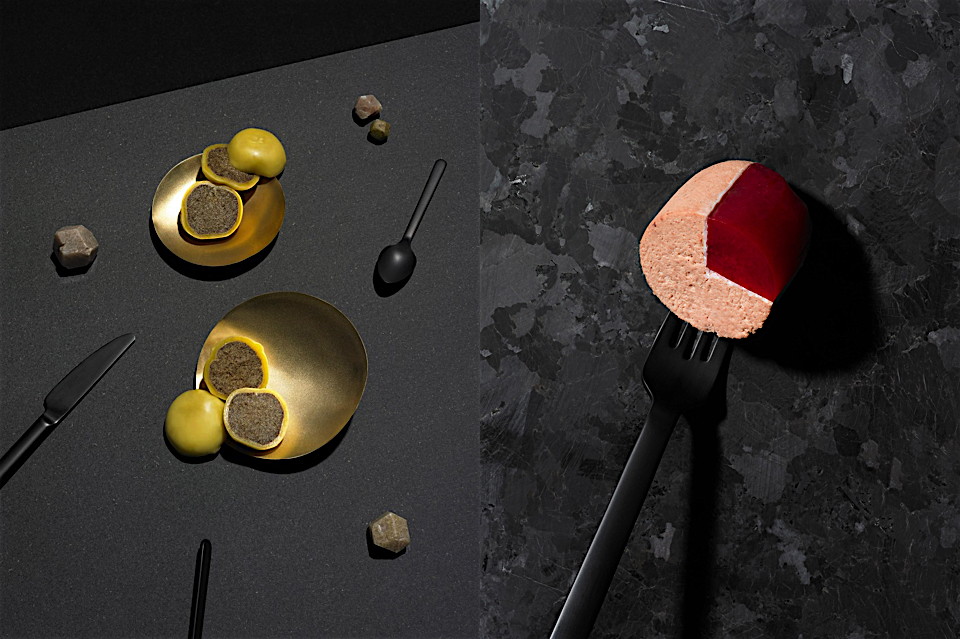