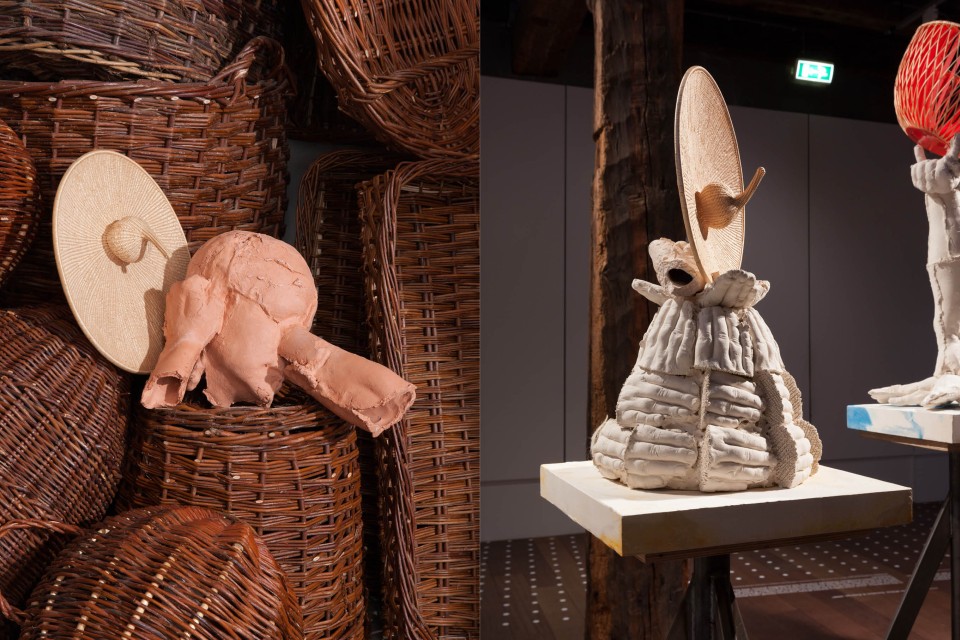 Iconic Dutch Design is recontexualized by a younger generation in the jubilee exhibition of contemporary design publisher Thomas Eyck. In collaboration with Zuiderzee Museum and curator Jules van den Langenberg this section is first to publish a series of new projects.

To mark his jubilee ten product series were selected from Thomas Eyck’s collection, which are exemplary for the collaborations the publisher & distributor has developed with designers and producers since 2007. Accordingly, ten young designers, artists and architects were invited to create a project in which the iconic t.e. objects are studied and recontextualised. The retrospective exhibition reviews the past decade and forecasts a potential future for the t.e. collection. Installation 2/10 is a reflection on the ‘Woven Willow’ series of items, developed for Thomas Eyck in 2008 by Scholten & Baijings in collaboration with ESH Vlechtwerk, Bernard Heesen and Royal Leerdam Crystal.

The Making of
In this installation, visual artist Tjalling Quinten Mulder expresses himself using plaster and ceramics. He uses these materials to make plinths on which he elevates fragile-looking objects made of wicker and glass. The ceramic masterpieces honour the creators of these designs. We see the weaver’s rough hands and the blood vessels in the glass-blower’s cheeks – cast from the artisans themselves. Seemingly unsteady, but nonetheless precise, they nourish the ornaments.

Tjalling Quinten Mulder reflects on a serie of Scholten & Baijings. Stefan Scholten and Carole Baijings’ designs are characterised by discriminating materials research, attention to grids and balanced colours. As Scholten & Baijings, the duo create interior design pieces in collaboration with old and well-established craft firms from both the Netherlands and abroad.

In 2008 Thomas Eyck commissioned the creation of ‘Woven Willow’, a series of eight ornaments based on fine willow skeinwork. The items, made of wicker, willow wood, glass and papier-mâché, are hand-woven by weaver Esmé Hofman of Wapse and blown by artist Bernard Heesen of Acquoy and Royal Leerdam Crystal. Royal Leerdam Crystal was founded in 1878 and enjoys international renown due to the high quality of its crystal. 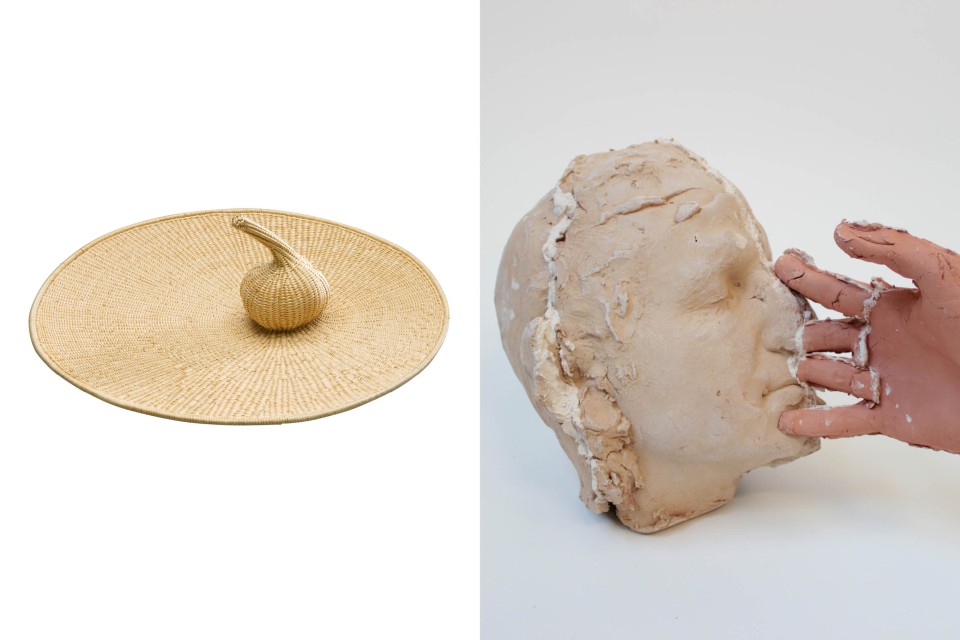 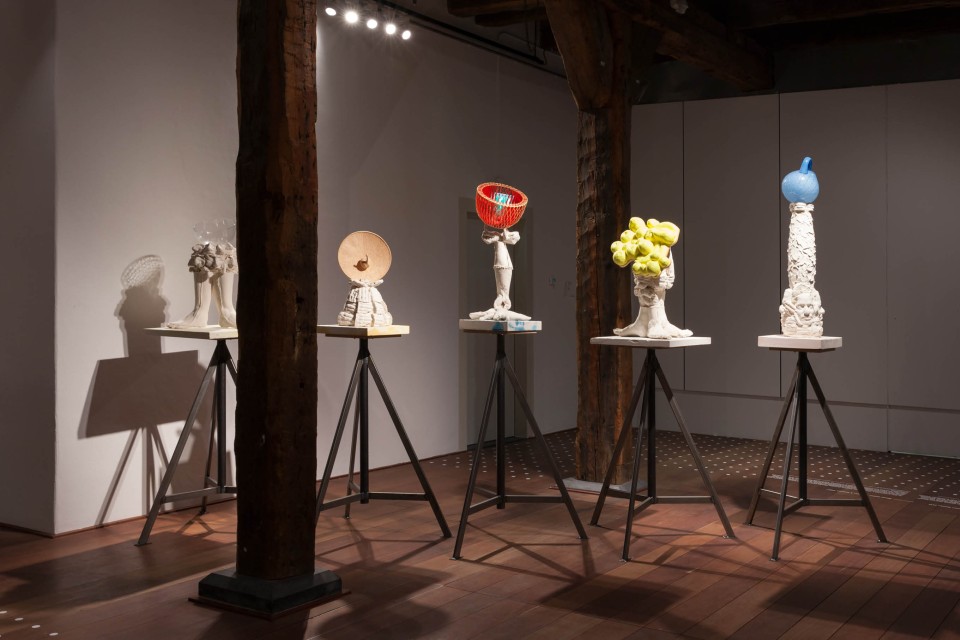 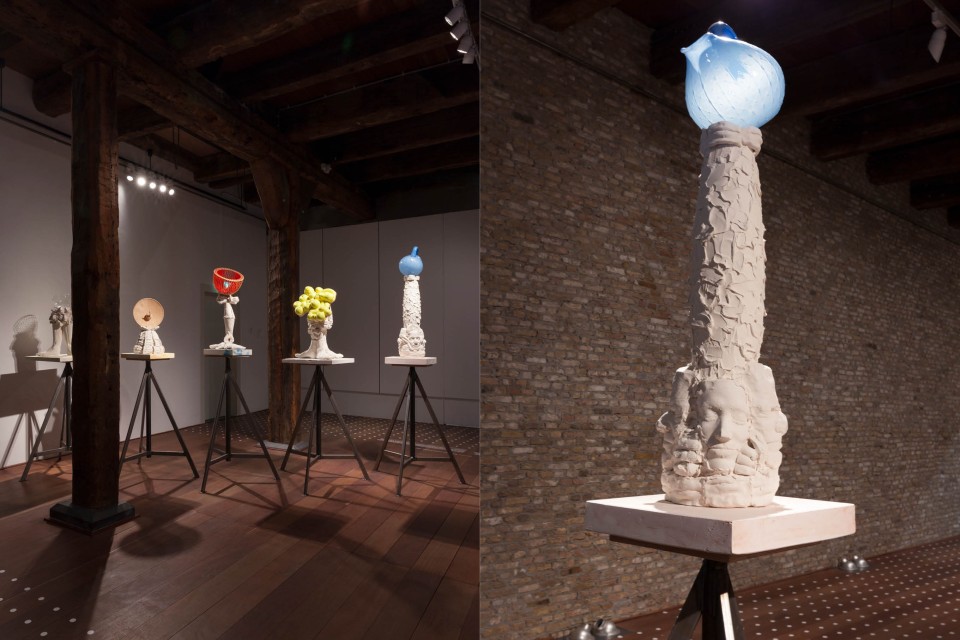 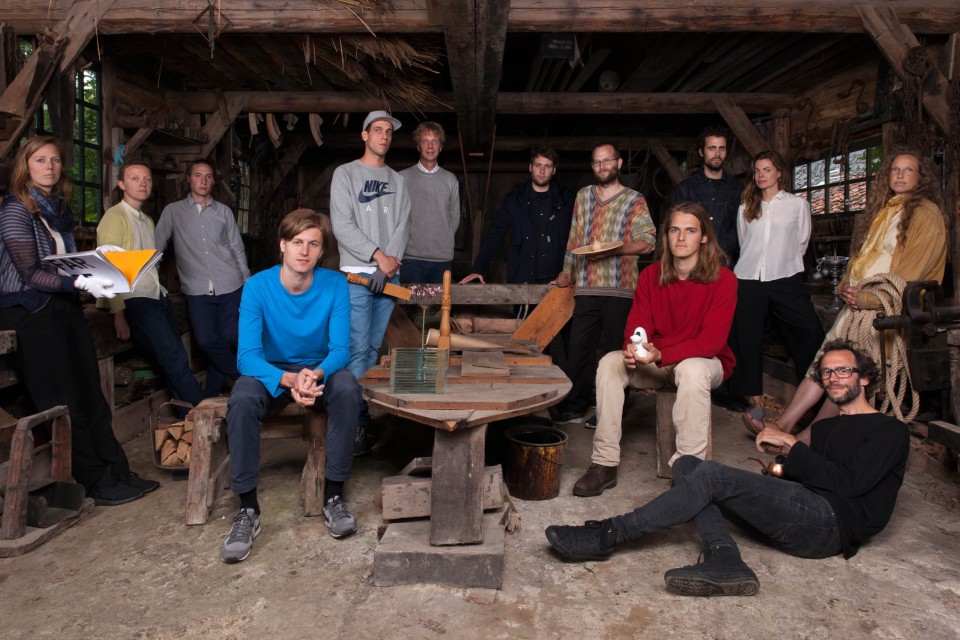