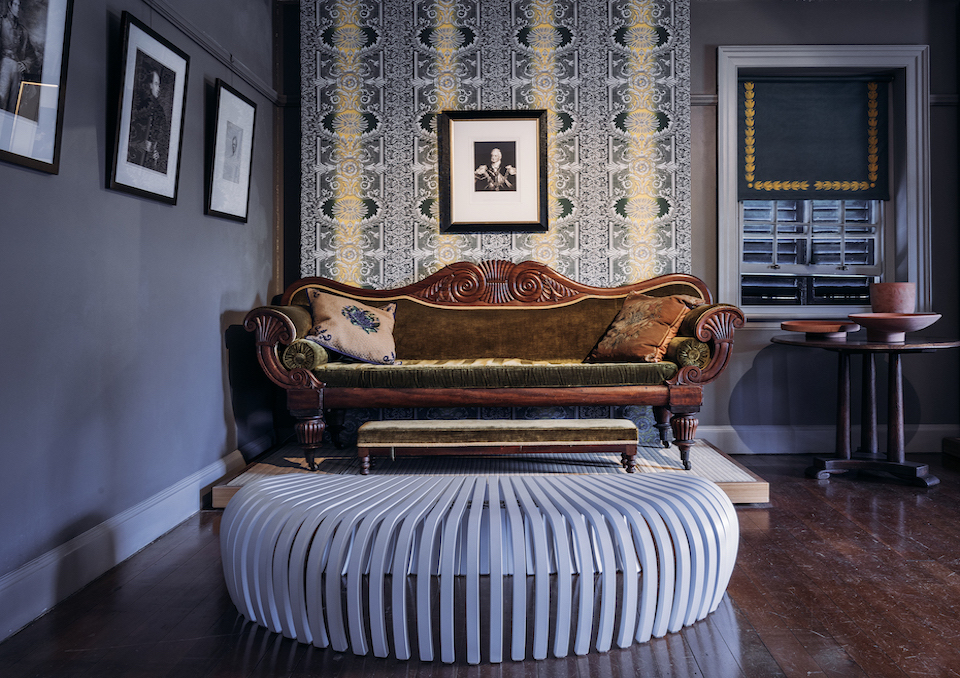 “AT HOME: Modern Australian Design” places over 60 modern pieces from some of Australia’s leading designers amongst an important collection of Late Georgian furniture. The venue, Old Government House in Sydney’s Parramatta district, is the oldest surviving public building in Australia and part of the World Heritage Register. It was home to the Governors of New South Wales from the beginnings of the penal colony at the end of the 18th century until the mid 1850’s.

The exhibition curator David Clark is a leading figure in the interior design industry. As Design and Deputy Editor for Belle and as Editor-in-chief of Vogue Living – David gave voice to his particular focus on the idea of ‘Home’. He values texture, technology and the sensual experience of being human, believing in the pursuit of beauty, the importance of curiosity, and the power of design to create a more civilized world.

“AT HOME is a rare opportunity to place contemporary objects in one of the most historic interiors in Australia”, says David. “It allows for a fascinating juxtaposition of domestic lives across centuries.

In the meagre and brutal beginnings of a penal colony the Governors and their families approximated, as best they could, some semblance of civilisation in an alien place at the far reaches of the world. In Old Government House we can feel their ghosts. This exhibition adds another spirit to the place with the creativity and optimism of 21st century Australian designers and their works. It asks us to look at domestic life then and now, to look at furniture types and styles and how they’ve disappeared or morphed. More subtly it asks us to look at aesthetic ideas of Australia, both then and now. 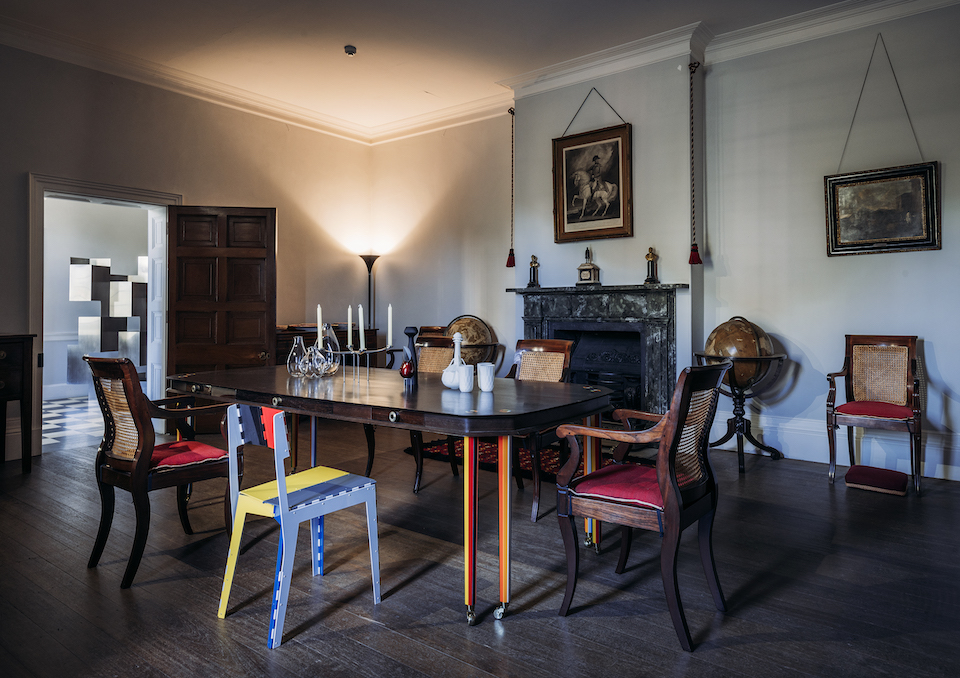 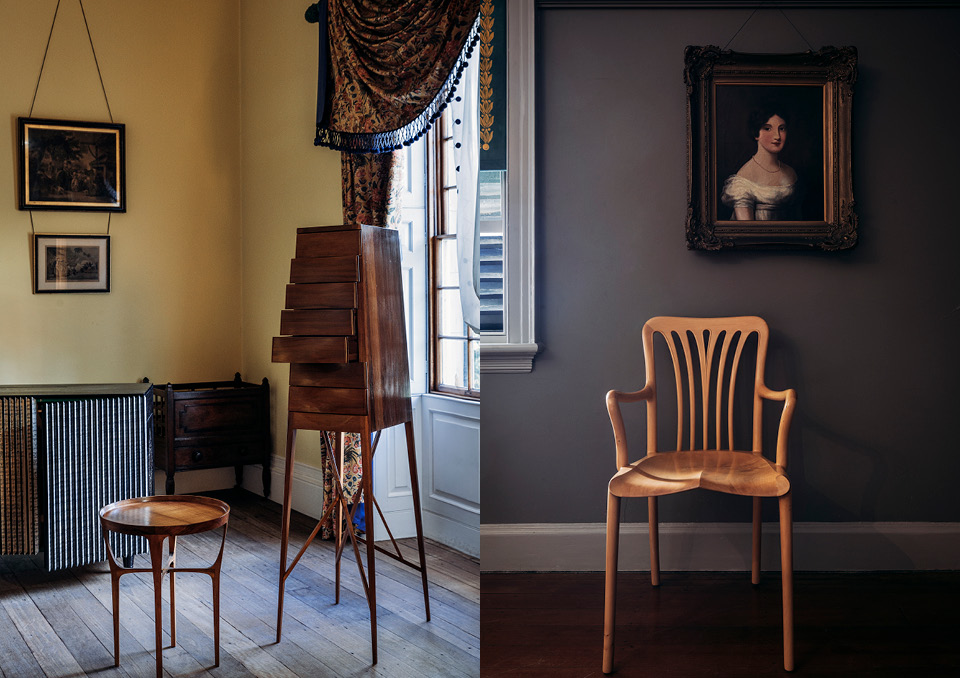 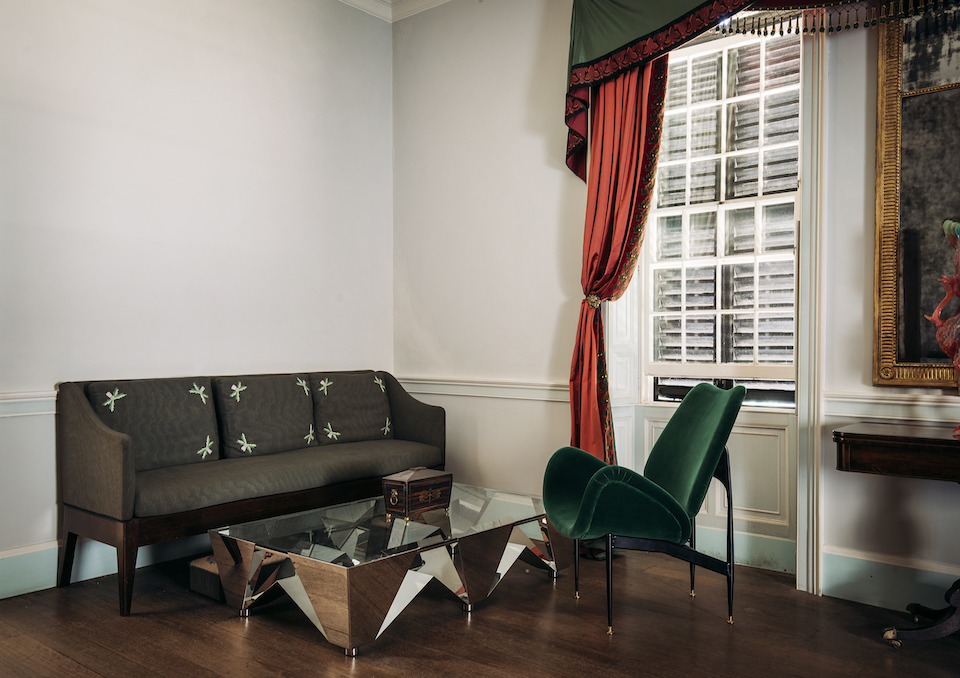 The original Georgian table in the dining room is replaced by the Broached Colonial Birdsmouth Table by Adam Goodrum with his folding Stitch Chair by Cappellini and a selection of contemporary objects on top. The name of the table refers to the birdsmouth mast and references an important tool of the colonial empire, i.e. maritime carpentry. The legs of the table are constructed in the same way but are made from marblo in colours used in maritime signal flags. 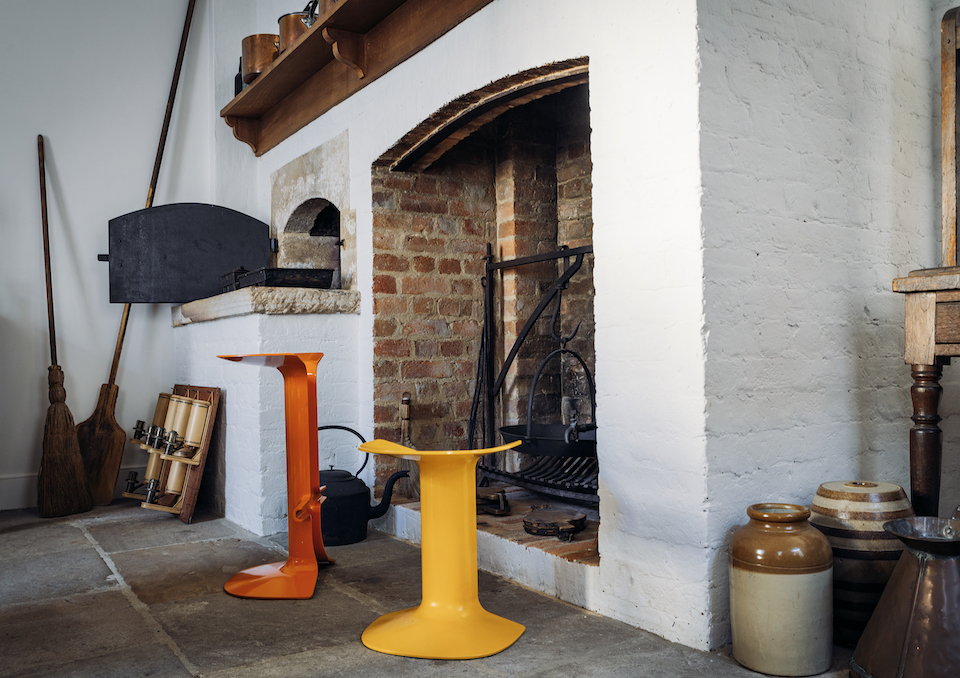 In the kitchen, Charles Wilson’s Serif Stools attend to the large cooking hearth. 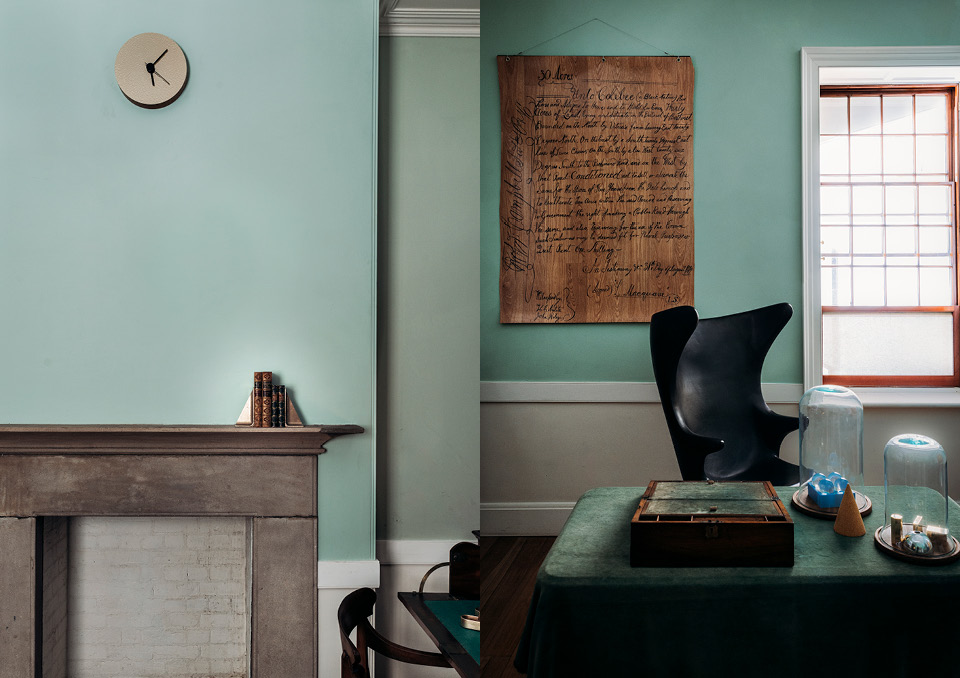 In the Governors office, a wall clock by Daniel Emma sits above a pair of Fin bookends made in cast bronze by Henry Wilson. At the desk, alongside Governor Macqaurie’s writing box is a selection of desktop objects by Daniel Emma. The Carbon Wingback Chair by Sarah King is made entirely from carbon fibre. On the wall above is an artwork by Joan Ross, an artist who works with colonial themes. On kitchen linoleum she has hand-written a facsimile of the first land grant by Governor Macquarie to an aboriginal person in 1819 and is a comment on the retrospective absurdity of granting land to the first people of Australia.
Share with friends
a463de754689991b55e6a00b33064ba1zzzzzzzzzzzz
Our website uses cookies. By using our website and agreeing to this policy, you consent to our use of cookies.
ACCEPT MORE INFO