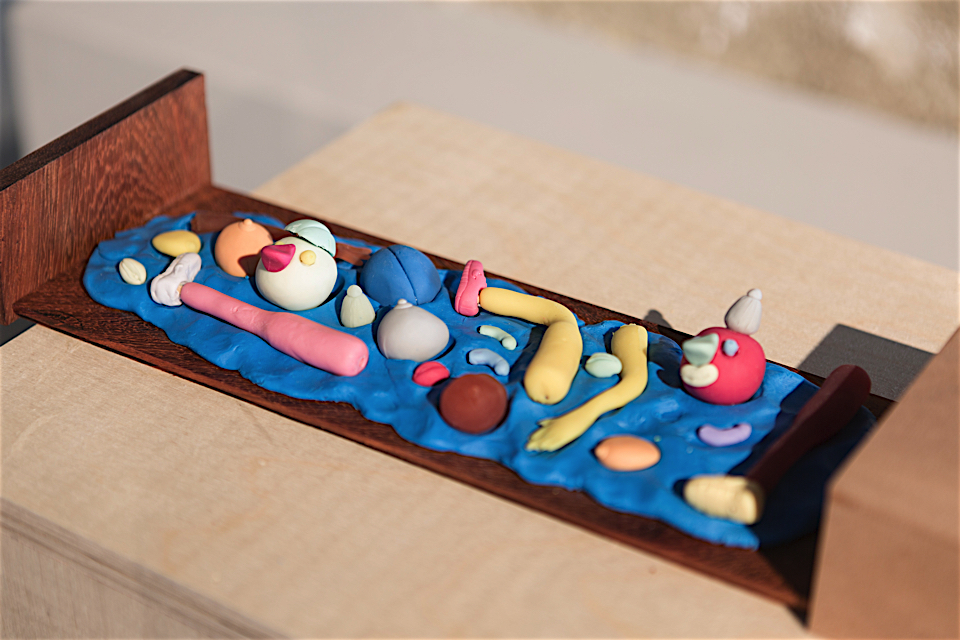 What is sexuality? What can it be? Can it be more than the sexuality that is presented in pornography? The curators of MU want to try and feed, trigger, punch or tickle people in their “For Play, Shaping Sexuality” exhibition, so the visitor’s imagination starts sparkling. Physicality and imagination are the two themes For Play is centred around. Co-curators Sanne Muiser and Tom Loois often miss the kind of spontaneity and inventiveness that can make sex such good fun. So they asked 30 artists and designers for alternative visions: more playful, vulnerable, and more original.

As Muiser says: “ There is such a taboo to talk about sexuality and to shape about it. Because usually very fast we go back to pornographic images while the field is so much wider than that and we should be aware of that. Sexuality is fun and playful and we are missing that right now. There is a very big gap between pornography and our story”.

The exhibition For Play is playing with sexual thoughts and with the body, and stretches the boundaries of “how to behave” to “how you can”. The visitor will be exposed to a wide variety of products, installations and performances.

Philosopher Martha Nussbaul argues that shame originates from a sense of incompleteness, of a lack of control in her work Hiding from Humanity. To stigmatise people and groups who are not normal shame of our imperfections are being reinforced by a tendency in society. Dorota Radzimirska shows in her work I Converse Silently that the consequences for the relationship with your body and sexuality can be devastating. Then again other artists move past shame with very literal works about sexuality. These 30 artists give us alternatives on how we can deal with the most intimate feelings and how to express them.

MU is an adventurous guide in the suburbs of art of today and tomorrow, for a wide and mainly young audience. It is a dynamic space located on Strijp S in Eindhoven, where the exhibition took place. 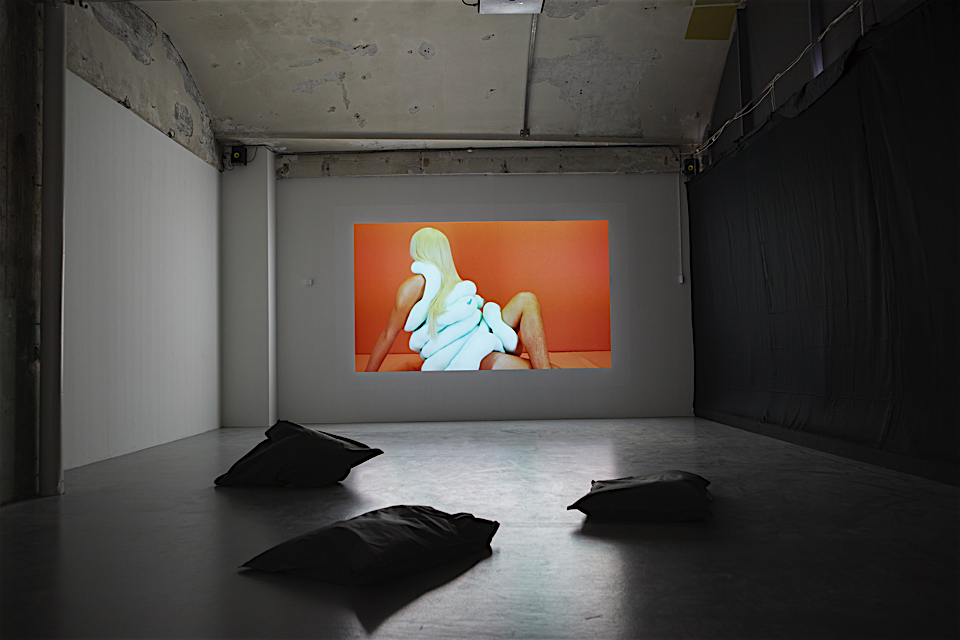 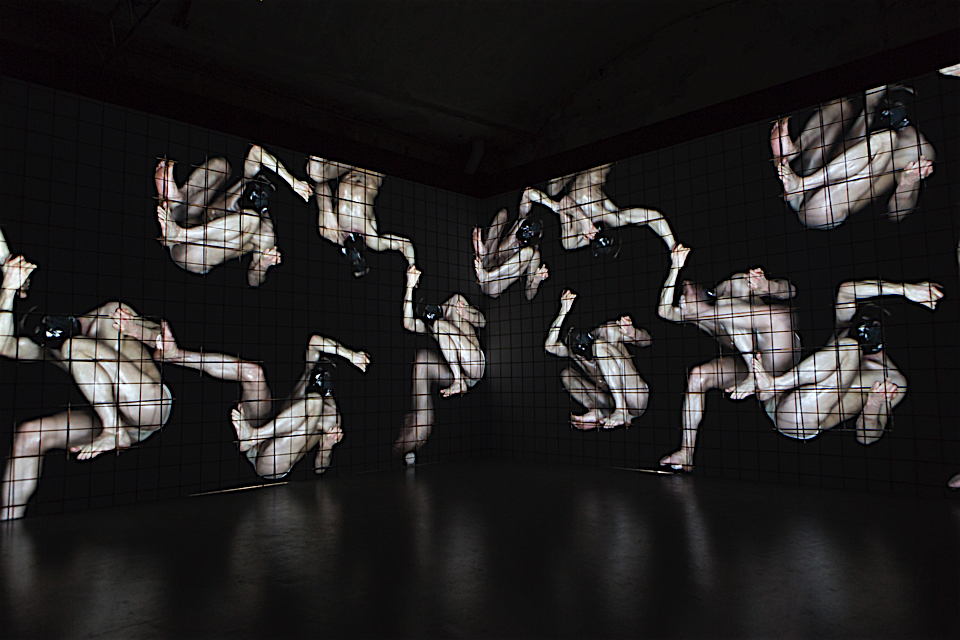 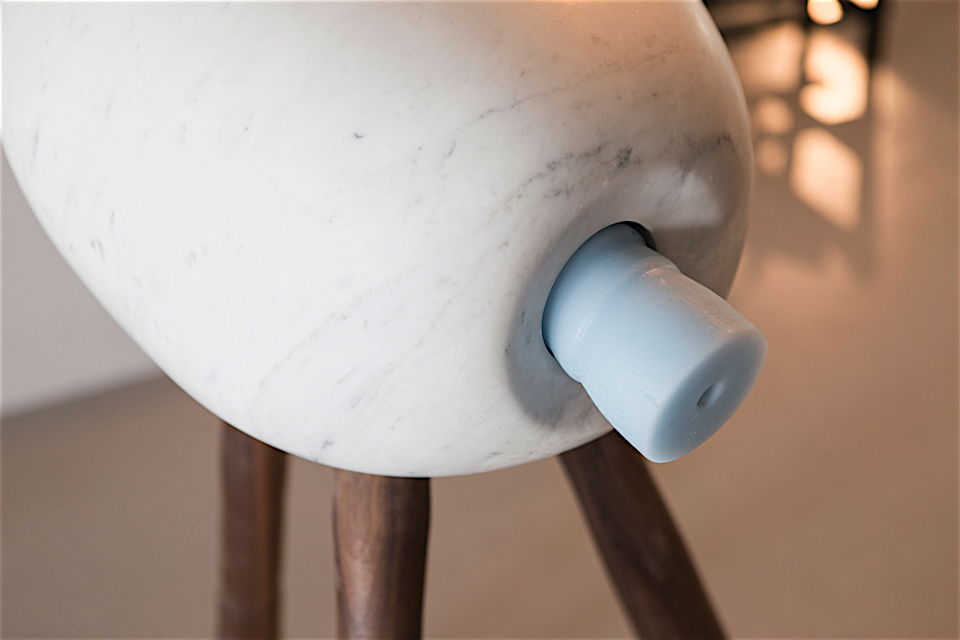 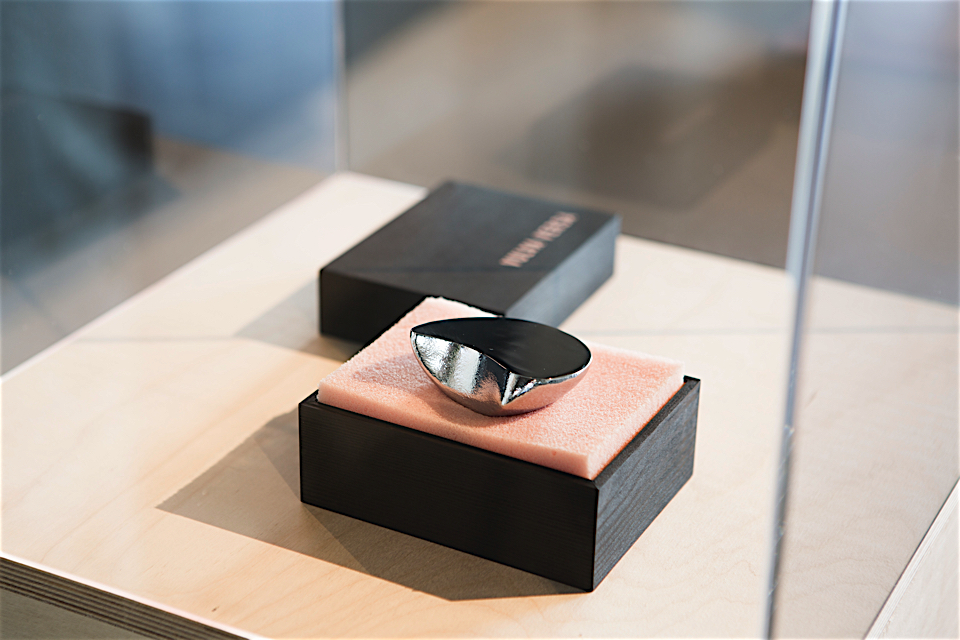 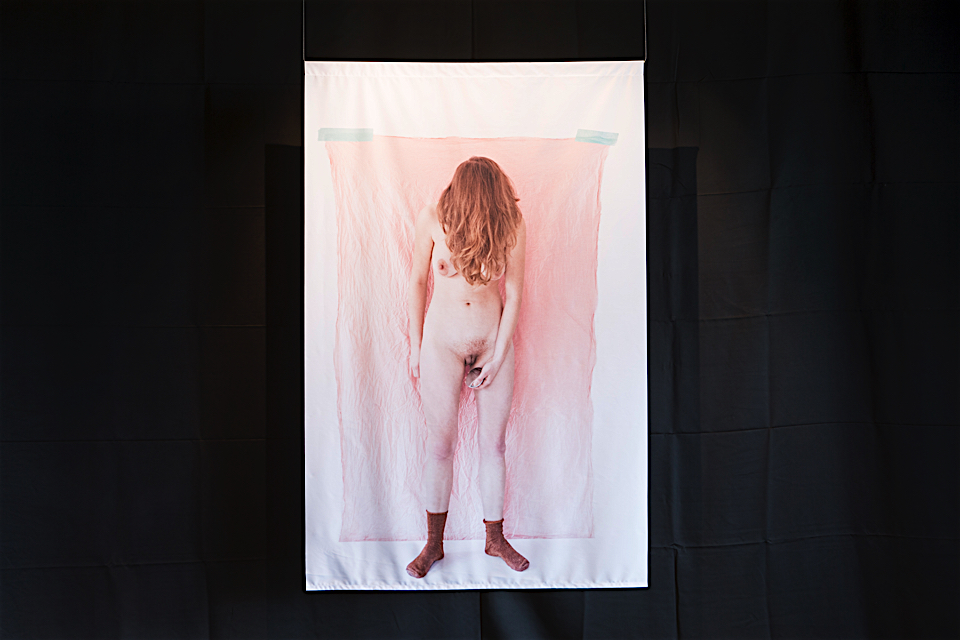 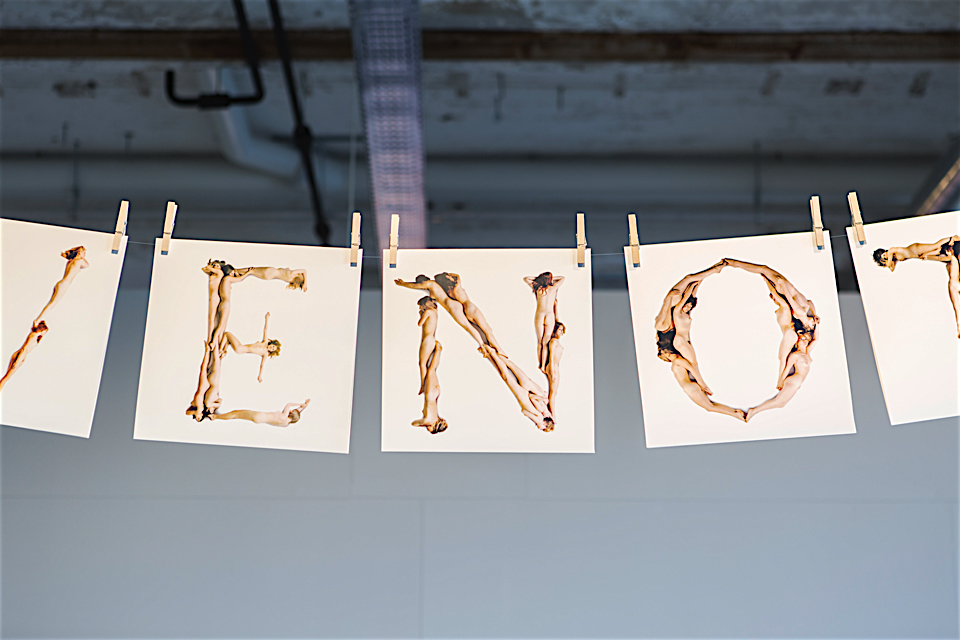 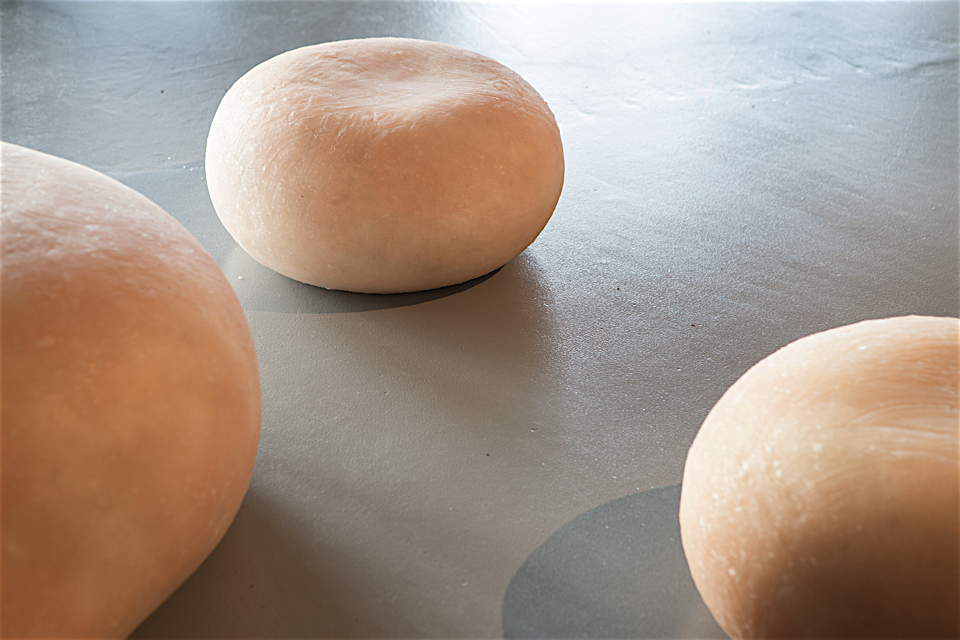 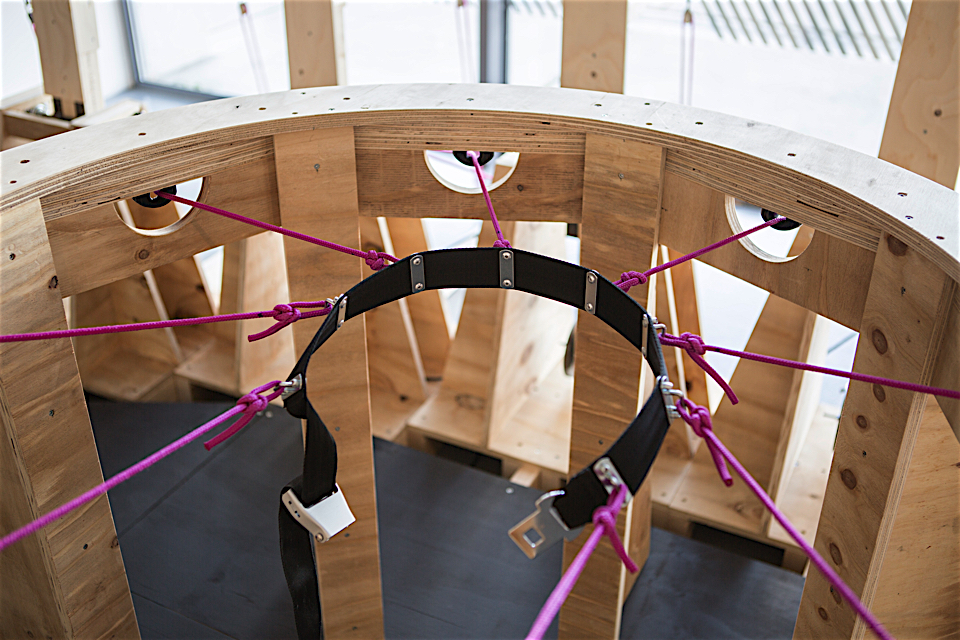 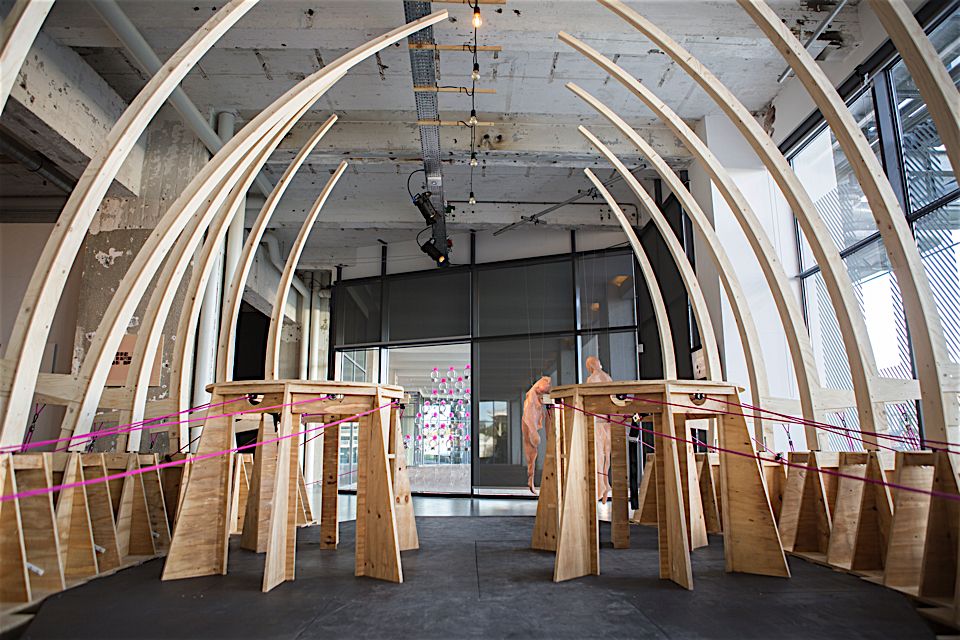 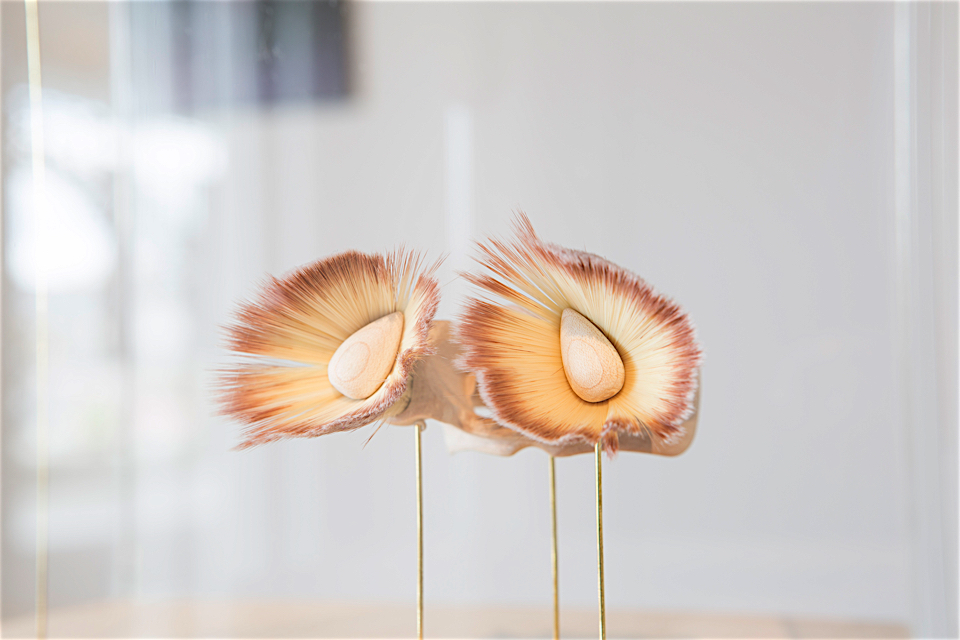