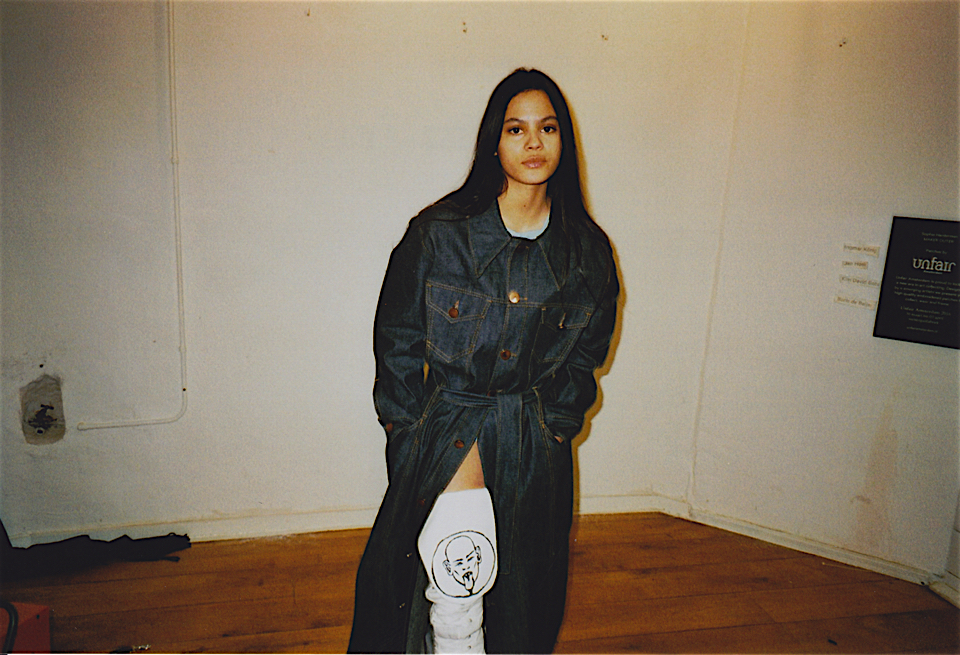 Look around you – on the street, in old photo albums, on television, in magazines and books or online: what you will find are blue jeans. Everybody has a pair of jeans in their closet, a symbol for freedom and equality.

In 1871 invented by Jacob W. Davis in partnership with Levi Strauss & Co, this garment was originally designed for cowboys and miners. In the 50’s jeans became popular among teenagers, especially greasers, followed by the hippie subculture in the 60’s and youth subcultures of punk rock and heavy metal in 70’s and 80’s.

Denim is created by a special weaving technique that produces diagonal ribbing that distinguishes it from cotton duck, another twill fabric. One side of the textile is dominated by the blue warp and the other side by the white weft threads that causes blue jeans to be white on the inside.

The blue color comes from the natural dye Indigo. Unlike other natural dye, indigo will take with each washing bits of color as well as bits of fabric away. This process leads to that ultimate soft jeans that feels like a second skin.

Dutch fashion designer Sophie Hardeman puts denim in a different light with her collection Hardeman. After finishing her studies at the Gerrit Rietveld Academie she worked as an assistant for Bernhard Willhelm in LA, currently she is based in Amsterdam.

With her gender free collection ‘Out of the Blue’ she brings the standard jeans to a new ‘abnormal’ and sexy standard. She combined, modified, deformed and recycled jeans to transform them in an avant-garde denim collection. “I like fashion because it speaks to everybody,” she said. “It’s a very visual, understandable language in which you perform. That’s why I work with denim, because it refers to everybody.”

Hardeman loves to work with ‘real’ people: she found her models on the street and in the studio she works with people who are unable to apply for real jobs due to their social background. “I want to create a social environment where fashion is made for and by those who refuse to conform to commodity culture. I want to ignore the mainstream fashion system entirely.”

Bamboo van Kampen, 26, is an all-round creative specializing in visuals and colors; she forms half of the Berlin-based duo Arturo Bamboo 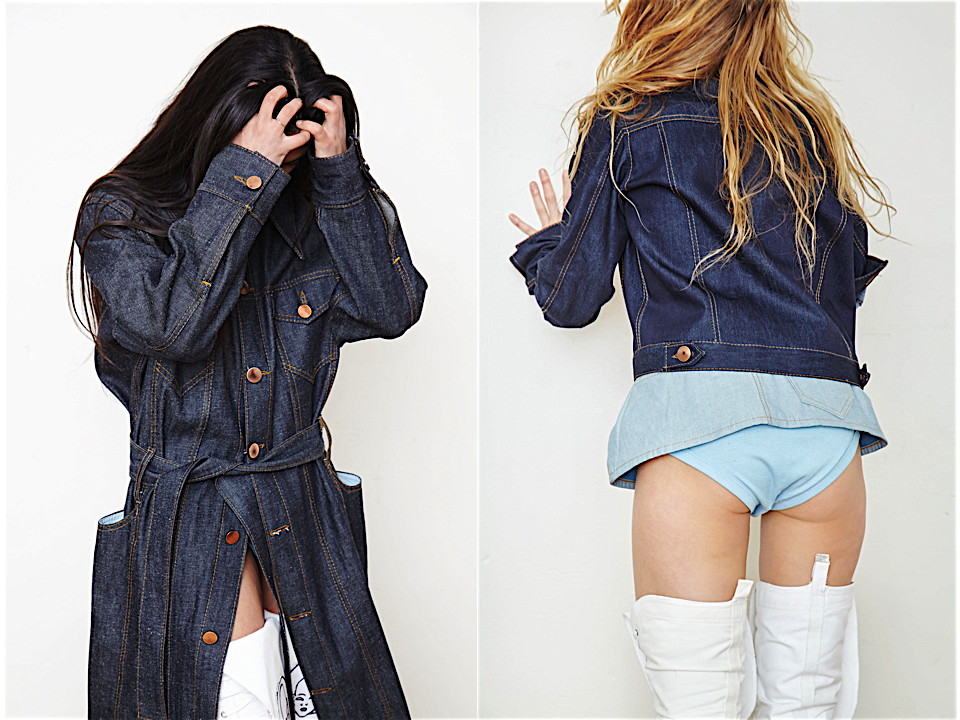 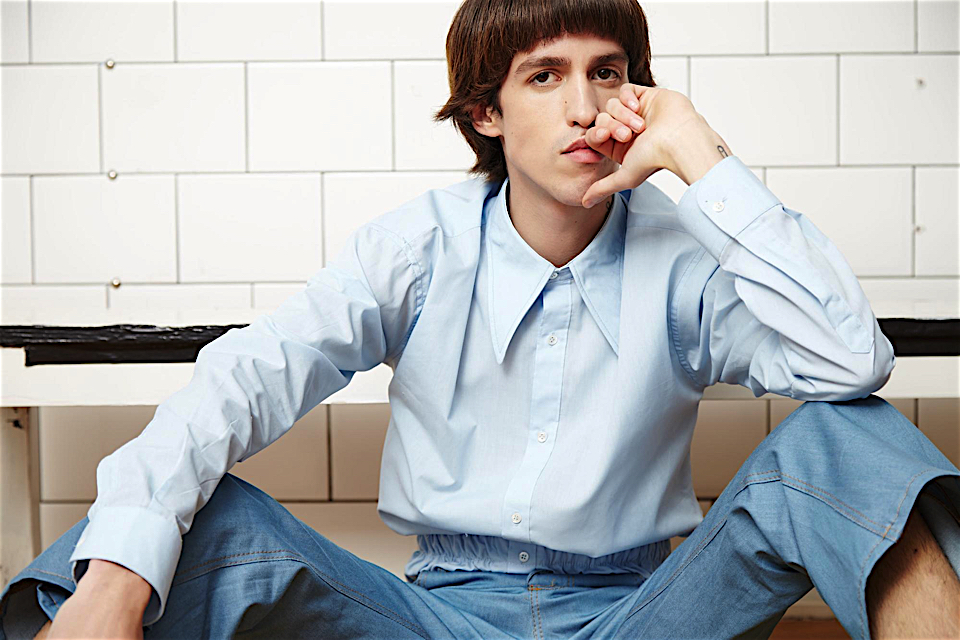 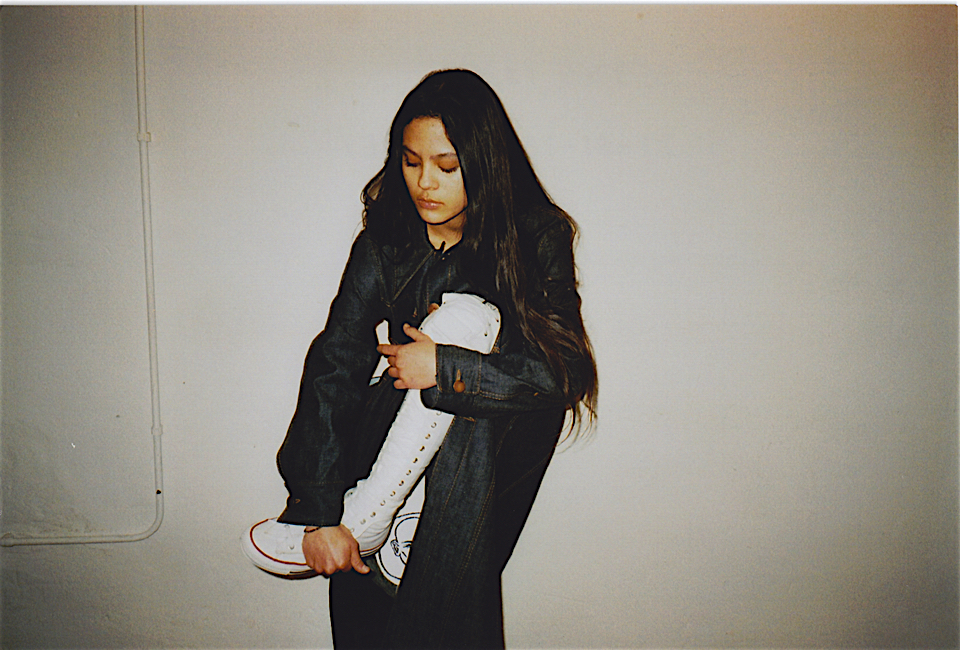 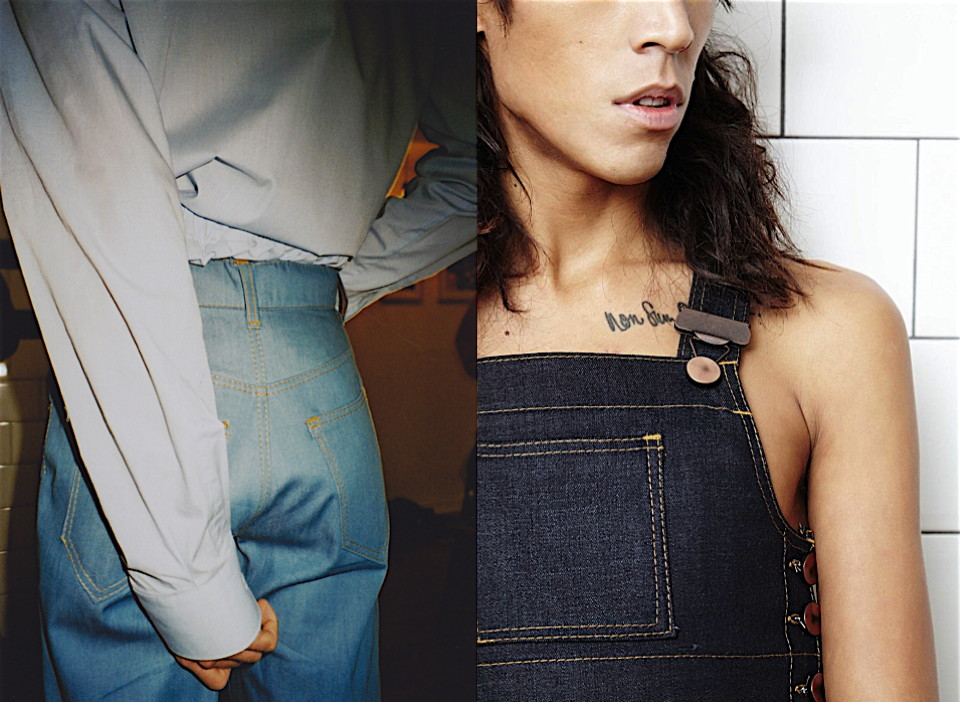 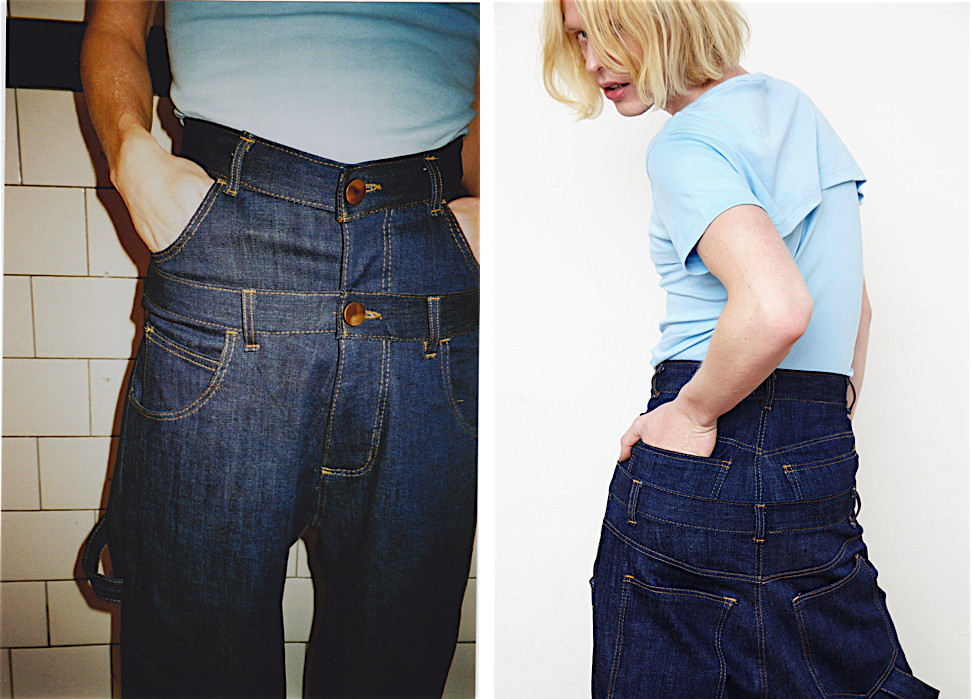