Phoebe Quare is a MA Material Futures graduate who has always had a fascination with materials and transforming them in unrecognizable ways. In her project ‘Beyond the Mainland’ she is utilizing locally waste materials, such as mussel shells and sheep’s wool, to revive the economy of Bere Island.

Just off the coast of County Cork in Ireland, you can find Bere Island with currently around 165 residents; this population has largely decreased due to economic pressure, because at its peak there were over 2000 residents. This rapid depopulation has resulted in limited job opportunities and the work that is done on the island is often seasonal and unpredictable, which is the reason for many locals to leave the island and work on the mainland.

In her graduation project, Phoebe revives the variety of raw materials and reconsiders the resources of the island. She uses sheep’s wool and mussel shells that would otherwise have been discarded. Throughout her research she discovered a new material made of mussel shells. By applying heat to the mussels, they turned completely white and by grinding them and adding a natural binder she created a plaster-like material. From this material she created a collection of lights, inspired by the military heritage of the island.

By sharing her skills to the islanders Phoebe aims to economically help sustain the population of Bere Island so that they can carry on and take more ownership of the island’s future. She transforms the traditions of the island and embraces the unique lifestyle of the small community by uplifting locally sourced resources. 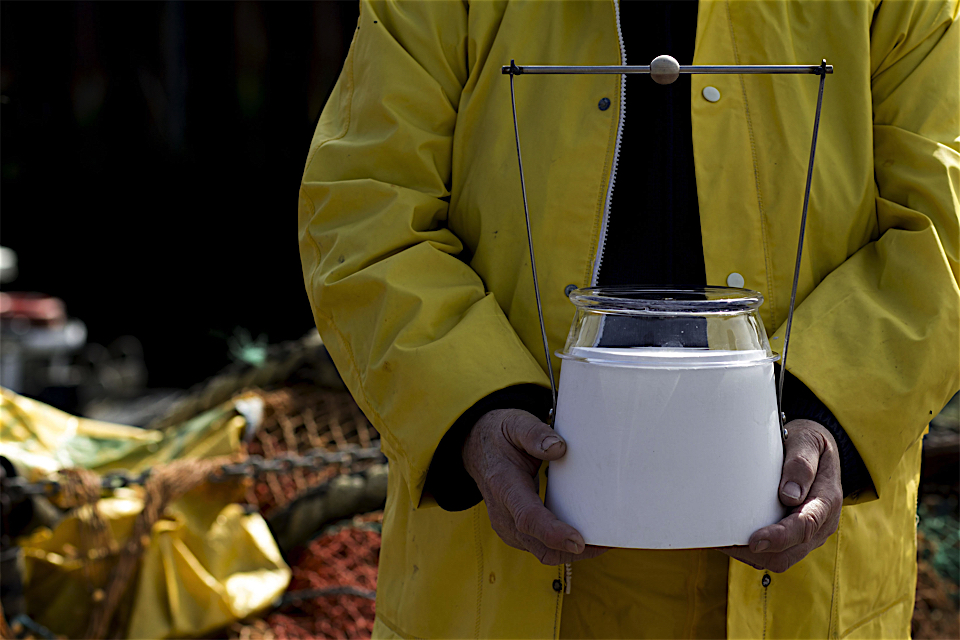 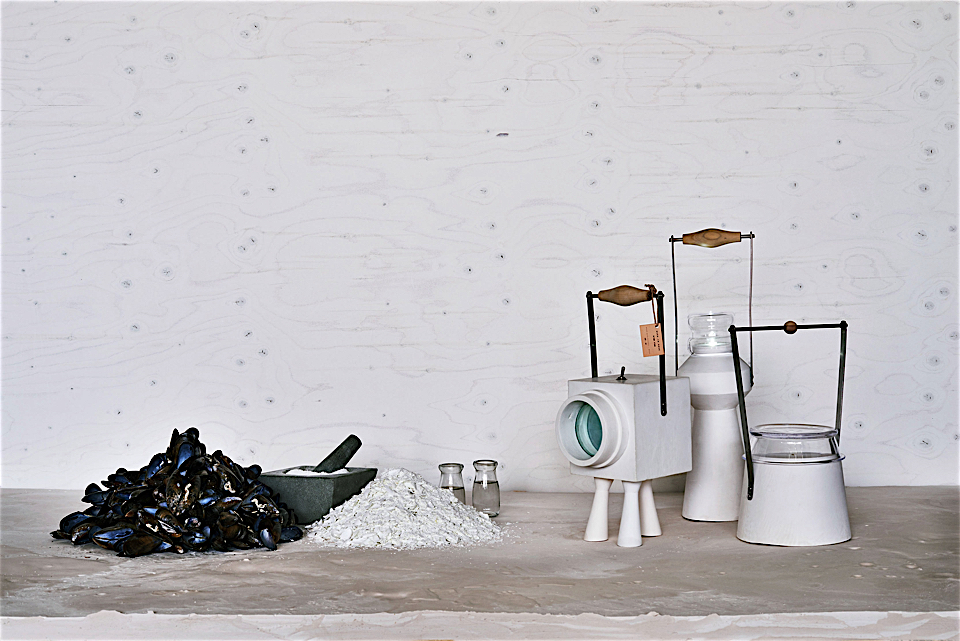 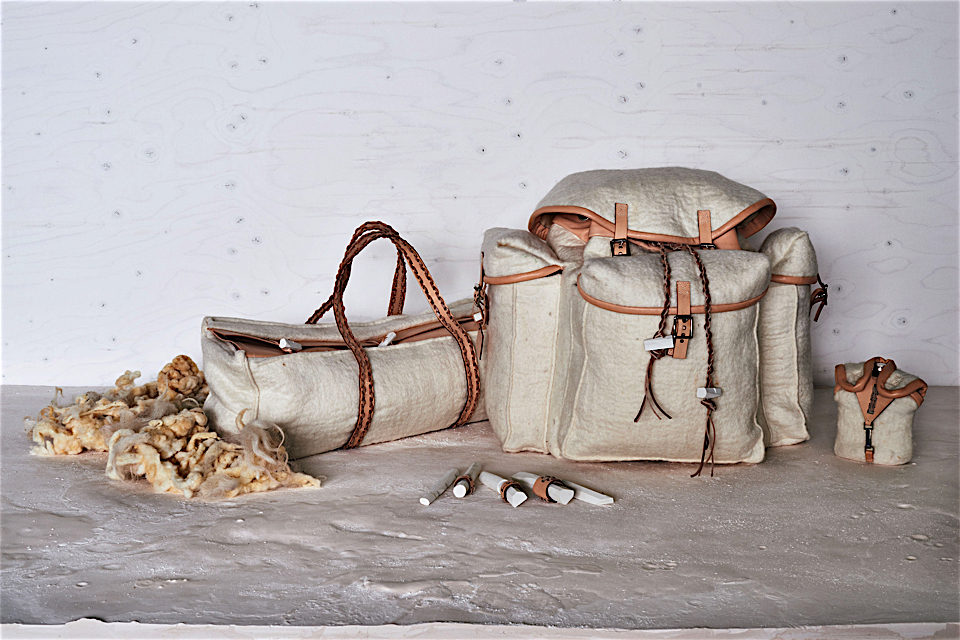