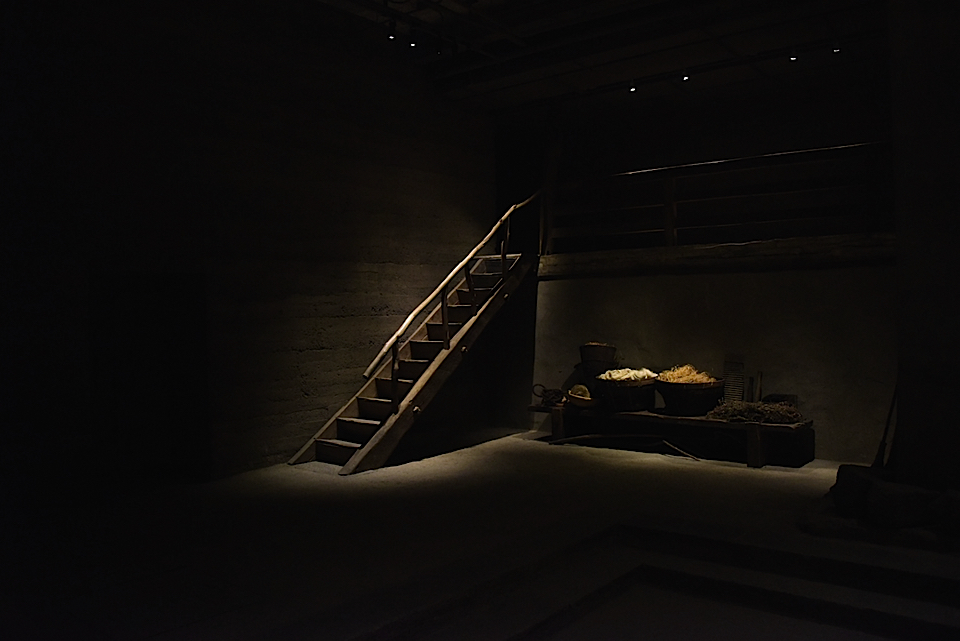 In a hidden corner of Beijing, a converted printing factory is now home to China’s most sophisticated retail concept: a living museum that literally has the ability to bring guests to tears with its beauty, connecting them to the power of the handmade. Poetically illustrating the store’s name (meaning “useless”), Wuyong’s staff explain that China is “experiencing a heartbreaking loss of craft and tradition but we don’t think it’s useless”. Here, the space’s passionate founder Ma Ke kindly shares with Trend Tablet’s readers her inspiring manifesto on her relationship to clothing and being a designer.

It took me a decade – from the early 90s, when I was fresh out of school, until the year 2000 – to realize that the world has no shortage of fashion designers who are capable of making trendy, elegant, sexy and sophisticated garments, but that it is badly in need of simply clothes designers. My own definitions would set fashion and clothing greatly apart. It is a fact that, in the world of metropolitan shopping malls and high-end boutiques, there are plenty of beautiful garments whose very unpredictability make our life colourful, and compel a multitude of desires. You are almost convinced: you can buy whatever you dare to think.

As experience grew with age, my attraction to art had become ever stronger. The world of art revealed new spiritual prospects, a food for the heart and the sense of happiness that comes from catching sight of a friend from a past life. My journeys into the remote countryside, far away from urban life, carry me to deeper thoughts and explorations of the values of life. I am no longer satisfied by the practical and ornamental functions of clothing, nor breakthroughs in form, much less does the drive for reputation or profit enter into my work. I yearn strongly for clothing to stand as does paint to the painter, as does stone to the sculptor, as a simple and particular language of art, which draws the audience from an appreciation of the surface to deeper thoughts and conversations with the world of the soul. I have a strong desire to explore the mental life and spiritual world of human beings. And through the works of art that have touched me deeply, I believe that the most sublime and most meaningful creative motives should arise through caring for other people, the ultimate care of humanity—a concern for human feeling and spirituality. This includes love, but it is bigger than love, and it is unconditional. I believe the greatest works of art can touch the deepest and strongest parts of human feeling and the world of the spirit, and only these works can be the memories of history, preserving the most valuable feelings that have ever existed, and inspiring a greater awareness of ourselves.

I am not satisfied if people only appreciate clothing if it makes them happy, or visually appealing, or serves their needs. I believe clothing could be a specific creative language, and has infinite possibilities for communicating ideas and transmitting thoughts, for inspiring you and shaping your behaviour. I pursue spiritual values that are in complete opposition to today’s fashion trends. In fact, it is the primitive eras of human history that attract me most, when people led a life of simplicity, with a respect for nature and a rudimentary understanding of things. Those anonymous crafts, born of daily life and without desire for fame or profit, still resonate through the millennia, and strike the modern mind. This is what I have pursued, for clothing to return to its original simplicity, and to replace our over-stimulated senses with more subtle sensibilities. Genuine fashion today should not follow the glamour of trends. It should instead uncover the extraordinary in the ordinary, for I believe that the ultimate luxury is not the price of the clothing, but its spirit.

Through the evolutionary stages of my thinking, I have concluded that the role of the designer should be the bearer of social responsibility, a seer of the trends in society, and an ethical leader. What age are we living in at present? After thousands of years of agricultural civilization, and a couple of hundred years of global industrialization which have exceeded the human output of all previous history, people now possess an over-abundance of things, and yet, in our super-commercialized world, have desires that are ever harder to satisfy. This is a world of the exceeding polarization of rich and poor, a world of conflict and never-ending wars. Now, in the 21st century, after 200 years of industrial over-development we have to face a deepening environmental crisis caused by short-sightedness and a radicalization of human activity, while the Internet has made the world smaller.

Our resources are running out, while our desires are proliferating. Cultural variety and regional diversity are being assimilated through economic globalisation. Traditional craftsmanship is disappearing from our daily life, and can now only be found in museum exhibits. Through these tremendous social changes, my country is undergoing a heart-breaking loss of tradition for the sake of an irresponsible pursuit of the future.

Faced with such a world, designers should no longer continue the pursuit of profit and efficiency, which characterized the industrial age. Einstein once said that to overcome a crisis is to stop thinking in the same means by which the crisis was caused. In the 21st century, the designer should not be showing off their personality and encouraging consumers to follow short-term trends. The crisis we are talking about is not regional or national. The environmental issues are only the symptom of an inner weakness that brings about such disasters. We cannot escape the consequences caused by our own short-sightedness, selfishness, greed and narrow-mindedness. The only positive result of the environmental crisis is to bring the whole world together, for the first time in the history, to resolve the problem together. Every one of us is an equal part of the solution, without exception. The crisis makes people aware that we are one, whether in a developed or developing country, whether rich or poor, whether in a big city or remote country. Designers, who are the creators of the living environment, must no longer isolate themselves and indulge in luxury and dreams. If you have ever seen the real world, you will realize the need for designers to take on new responsibilities. The age of individualism is coming to an end, while the age of commonality and mutual growth is beginning. This is a question of survival, and the transcendence of human nature.

As a designer, I conclude that I have the following responsibilities:

A- Ecological responsibility (the responsibility to the future) that a designer should think about the possible damage to the ecosystem caused by the production process, stop making environmentally unfriendly commodities, use natural resources frugally and make recyclable products for the benefit of long-term sustainable development.

B- Ethical responsibility (the responsibility to the present) means that a designer’s sensibility and creativity should not only be used as a profession, but also as a social role to raise awareness. Designers should have their own attitude, rather than simply follow the tastes of consumers. They have the responsibility not to over-design, but to express properly, not to over-stimulate people’s desire and promote blind consumption in the pursuit of profit. The most admirable quality in the social role of the designer is honesty. You should not you’re your soul for fame or profit.

C- Responsibility to pass on cultural heritage (the responsibility to the past), as we are living in a world of the abundant wisdom of generations past which we should protect and pass on to future generations, instead of cutting off the tradition in our own time. Our cultural inheritance is not to be put in museums, but to interpenetrate our daily lives, to revitalize old traditions through living creativity.

Above all, my understanding of clothing and the designer’s role comes from my exploration of the values of the world and human life, which has become my long-lasting creative drive. I truly believe this pursuit of the meaning of life and spiritual values has kept me going. To create, to me, is a long process of self-cultivation, not in view of a distant goal, but step-by-step. I am devoted to creating the most essential, the simplest living, while pursuing the richest spiritual life. 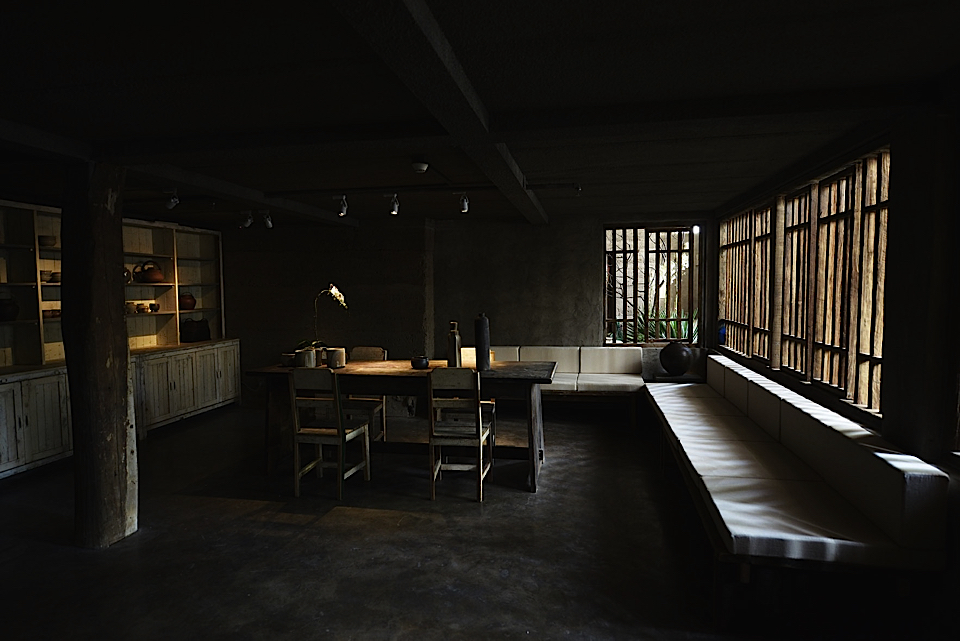 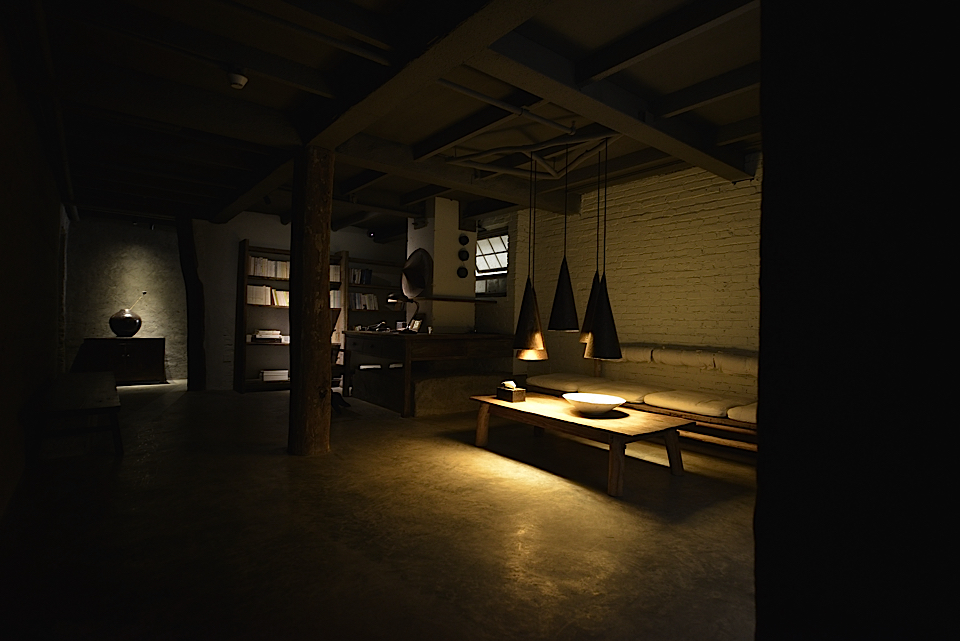