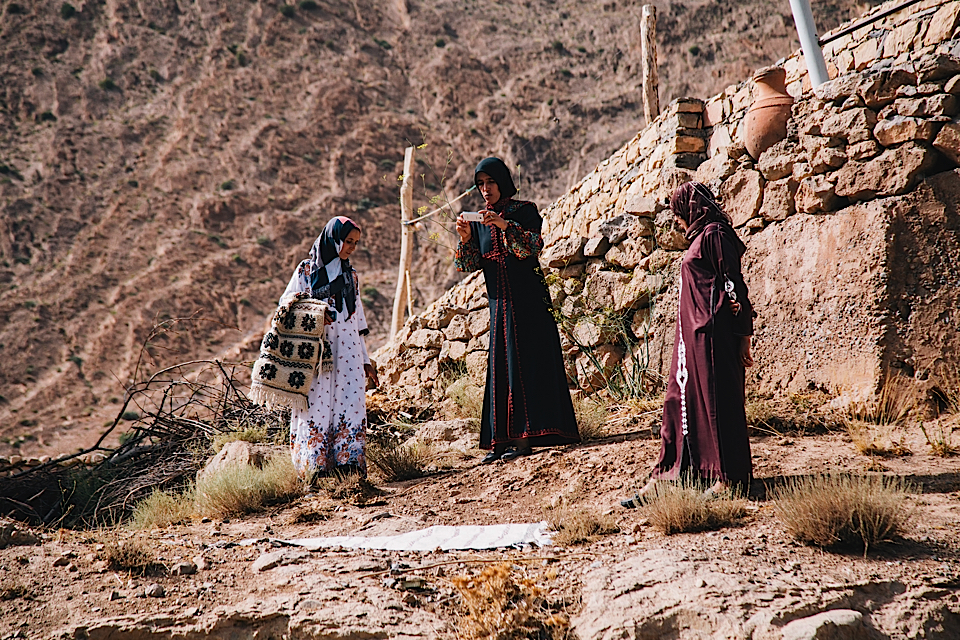 One of the programmes ADF is organising is International Fashion Showcase, which runs every February during London Fashion Week. This year it was presented in an exhibition at Somerset House where countries from all over the world were represented by talented designers from their native country. Each country had their own curation which included garments along with jewellery and accessories, providing a wide selection of styles.

Talking to Niamh Tuft, Programme Manager at the ADF section of British Council we learn a lot more about the behind the scenes projects that British Council is working on.

How many different programmes, projects and initiatives make up the ADF?

We work with 109 countries across all continents of the world and in partnership with local design organisations. For example I work with one region and in a year I’ll be working on about 10-15 projects this year to varying sizes. We split the world into 7 regions so that 70-100 a year.

The British Council’s remit, is to create and broker partnerships, so we will be working with a partner in the foreign country that we are working in and a partner in the UK, so we are always trying to connect the sectors if that makes sense, or sometimes it’s about connecting the individuals: we also have a residency programme.

The majority of our work is with artists overseas, IFS is quite unusual, and is described internally as ‘reverse showcasing’ because what we normally do in the British Council is take British practitioners and British work overseas, but [with IFS] we are bringing overseas work to the UK. This makes us less well known than other areas of the British Council, which are teaching English as a foreign language overseas and education partnerships, as well as the arts. Most people overseas will have come into contact with us through the other education or language parts rather than art.

Yes that is my experience growing up in Greece too, so it was fascinating to find out that you do all of these other things too. Could you tell me a bit more about the events around the world?

The kind of work we do varies from showcasing activities, such as supporting UK designers in emerging countries’ fashion weeks so that we have a British presence and links being made, it could be more skills development, such as workshops, and we are also starting to run incubator style programmes as well, for example, in Pakistan, Nigeria and in Ukraine. These latter projects are more of a pilot at the moment to see if we can do more in business development. So there is behind the scenes stuff as well as touring exhibitions and

other projects or events that are more in the cultural realm. So what we do is a combination of cultural programmes as well as capacity building and skills development activities that are using UK expertise to increase the prosperity and development of other industries. We do have UK international development funding within the British Council so that would tend to be focused on where the skills element side comes from.

Do you work with individual designers in the partner countries?

We always work with local partners, for instance, in a project we ran in Jakarta Fashion Week our local partner would select the designers and we would then work with them, so there is always an institution involved rather than us going directly to designers. Originally in Jakarta it was a group of 30 designers and that has been renewed each year, so the end result can be work with an individual designer.

It is very exciting that you are working with so many countries that are not ‘discovered’ yet, because there are so many talented artists around the world and sometimes it is hard to pick them up.

Yes, what I think is different about IFS is that we are not going through are lot of the usual channels that are used for talent scouting, such as going to schools or to key influences and asking who is coming through, whereas we are going directly to the industry in the country. I think this approach is one of the things we have really benefitted from because people appreciate the fact you are listening to who they think are the leading talents.

And you presumably give opportunities to a wider range of people as well by doing this?

Exactly and it is where we are able to promote something quite fresh on the industry side. I would say that quite a few of the designers that come through us, maybe 70-80%, industry people would not have known of before. There are quite a lot international designers around at the moment that people would have heard of, because they have come through talent scouting platforms like Hyères or ITS (International Talent Support), where the same group of designers are coming through and going onto LVMH whereas most of those we work with are a different group, who are not in that mix, although there are some crossover.

When was the IFS first introduced and what was the idea behind it? How did the British Council and the British Fashion Council collaborate to introduce this new platform for emerging designers?

My predecessor, Alison Moloney, who is now [International Exhibitions Programme Member of Centre for Fashion Curation] at the LCF, approached the British Fashion Council, saying that they do this thing in architecture (International Architecture Showcase), and its Olympic year, and we’d like to do something in fashion

to celebrate the Olympics, and it was quite a big year for BFC because I think the London Collection was founded in 2012, so they had a lot going on and they were looking for things connected with cultural efforts. It is a public facing cultural event so it is seen a slightly different and engaging a slightly different audience.

It began as a map in embassies’ own venues and then across last 3 editions it’s moved into a central venue. We looked to reflect the international character of London’s fashion schools and LFW schedule and chose to work with emerging designers as London is the capital of emerging talent.

We work with embassies and BC offices globally who help to identify a fashion authority in each country that put together a proposal with a selection of designers that make up the IFS advisory panel review. The difference in this model is it goes direct to local industries rather than through the same set of influencers or international fashion schools to identify designers. We give advisory, curatorial and production support.

What I like about IFS is also that it is free to the public, and the presentations are very approachable, would you agree?

Yes, well someone recently asked me if we would ever charge for it and I think that would go against the nature of it since we want it to be as inclusive as possible.

What are the selection criteria and how strong is the bond of each designer you select in relation to their country of origin and cultural background?

Designers must be in their first 5 years of business. We are then looking for quality in design and often find designers who are reinventing their heritage catch the eye of the panel but the criteria we impose is mainly to the country – fashion authority, curatorial and curatorial statement, and work with emerging designers. Relationship to country is usually born there or based there but self-identification is important e.g. Julia Mannisto, born in Colombia, lives in Finland, trained in London.

Do you believe that emerging designers should use elements of their cultural heritage and if yes, can this have a powerful impact in the fashion industry?

I don’t think they necessarily have to. I think we are always quite aware that we don’t want to push that on people as criteria because there is nothing wrong with someone doing work that isn’t influenced by their cultural heritage, instead by someone else’s, which is good for the mobility of ideas. Cultures all relate to one another and I think what’s more important for us is that you present fashion as cultural expression. In lots of places where I have conversations initially about IFS it would be about the commerce of fashion first, and of course it is an industry, and lots of governments are interested in it as an industry (many are also not and that can be a problem in itself) but then it has to also come with the level of cultural respect, so I think we have acknowledge and respect designers who are trying to say something about who they are and their cultural identity, we have to give them a platform to have that discussion and that space and not make it all about commerce.

I am interested, for example, in a Georgian designer who is fascinated by Japan. We are looking at the ideas that are in circulation and for designers to transcend, something shared and universal. However lots of designers we’ve worked with have looked to revive their cultural heritage – in places where fashion isn’t respected as a mode of cultural expression this is really important. To support the idea that designers are cultural commentators and that they can have a role in transmitting, or reviving or questioning their cultural heritage or contemporary culture. 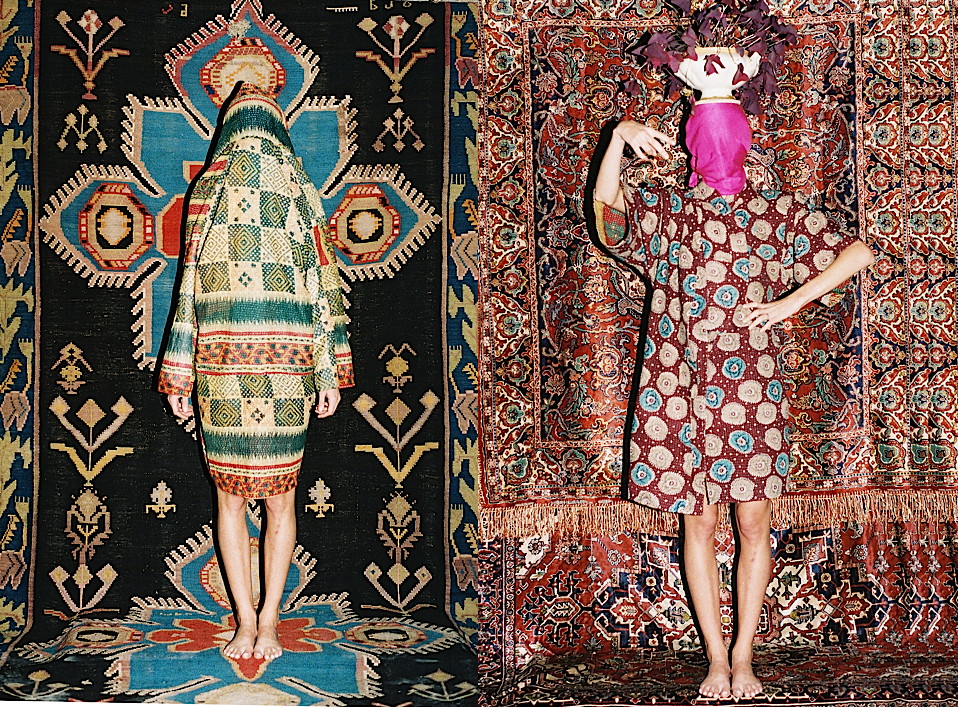 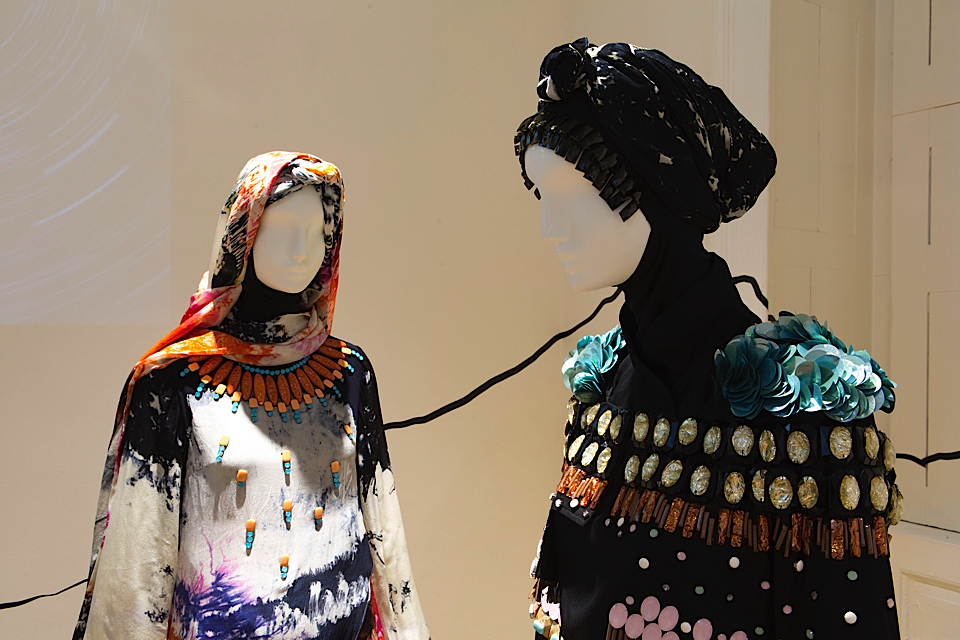 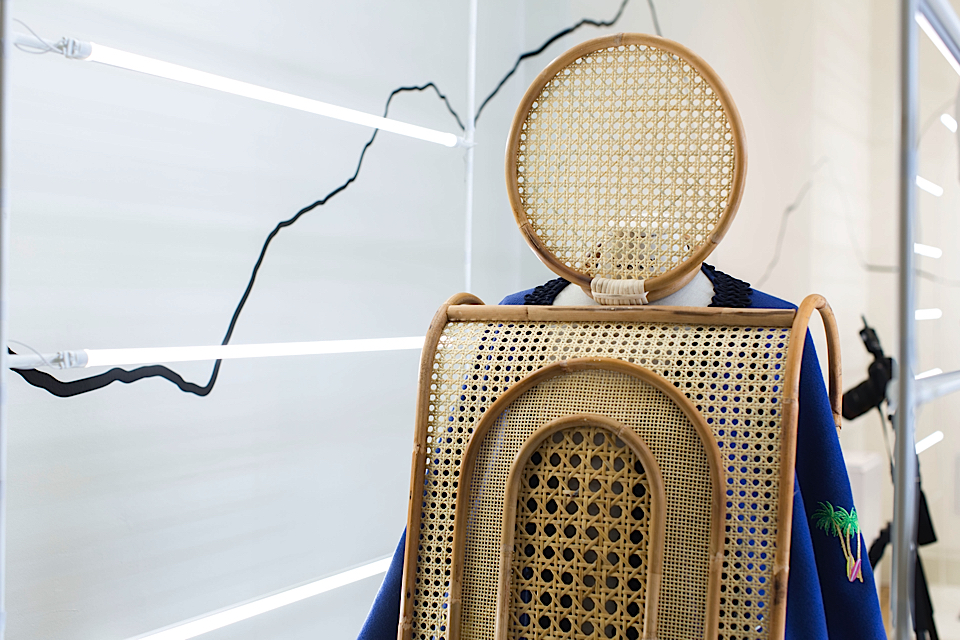 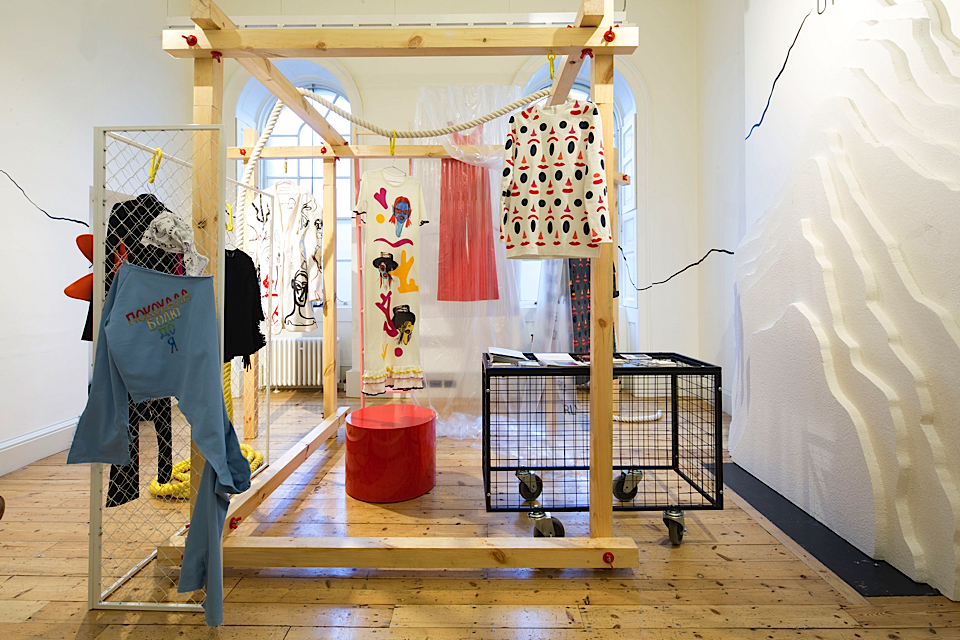