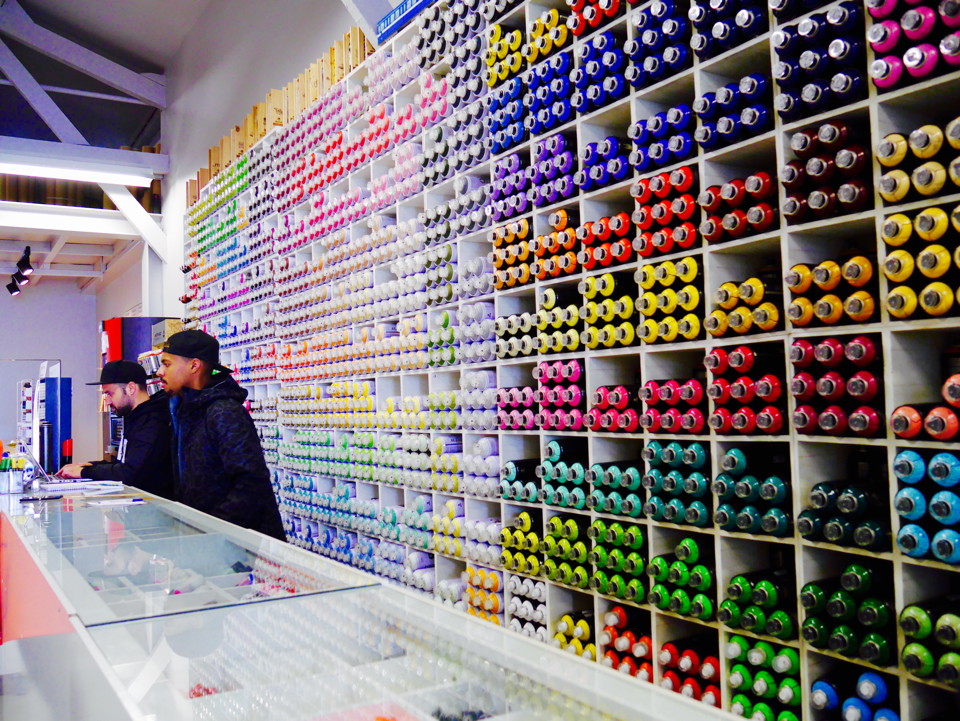 Have you ever experienced that? That feeling that you stumbled upon a place that gave you goose bumps right away? That had so much coolness that you had to catch your breath from excitement? That is exactly what will happen to you when you enter Montana Lisboa, a hidden gem at Lisbon’s seaside.

For those who have been to Lisbon before, might know the city is being named the new capital of cool, and the stunning graffiti art all over town has everything to do with that. So why do I start talking about graffiti when I introduced Montana Lisboa to you first? Because it is a multidisciplinary space in front of the Cais do Sodré, arise out of the Montana Color graffiti spray collection.

The Montana Color brand was founded in 1994 when graffiti art was still considered an act of vandalism, but artists all over the world were so enthusiastic about the paint that the brand was able to expand across the world quickly. Nowadays they are present in over 60 countries and have 15 official points of sale.
Although Montana Colors might be around for some time now, Montana Lisboa only recently celebrated it 4th birthday. Moreover, it is well known by the people in the scene, but for most it is still a hidden gem in the centre of the Portuguese hub. This little creative hotspot therefor definitely deserves this spotlight.

It was only by coincident that I ended up at this stunning place, not even knowing that it would be this impressive. Walking along the waterside this seemed to be the only lunch spot which was open and moreover, had a terrace in the sun. The first sign of cool were the candles on the table, firmly put into empty spray cans. Secondly the menu gave a pinch of excitement away. When I got my food order, a very colourful and arty bagel with salmon, I was convinced, this had to be a rad place, so the exploration began.

“WE BELIEVE ART SHOULD BE PART OF DAILY LIFE” -Montana Lisboa-
Entering the venue, I was not disappointed at all. Montana Lisboa turned out to be an absolute stunner. It wasn’t only a lunch place, not even only a graffiti shop, it turns out that a creative workspace and a gallery named “underdogs” also keep house in this old port house. The different paintings on the wall immediately caught my eye, but what was really standing out was the interactive IPad art-wall.

On a city-map on one of the big industrial walls, IPads were featuring the cities graffiti art by showing visuals of the pieces exactly on the geographical location of the artworks. Not only a piece of art on its own, but also a way to promote the safari’s one can sign up for to see the city’s hidden arty urban hotspots.

Montana Lisboa is an absolute hotspot itself in the heart of a vibrant city, a place where the innovative and creative scene of Lisbon comes together to meet, create and innovate. Moreover, this hub is the embodiment of how we should be open for cross-sectoral innovations, for togetherness and for the creative scene that is earning his place in a new and open-minded society. 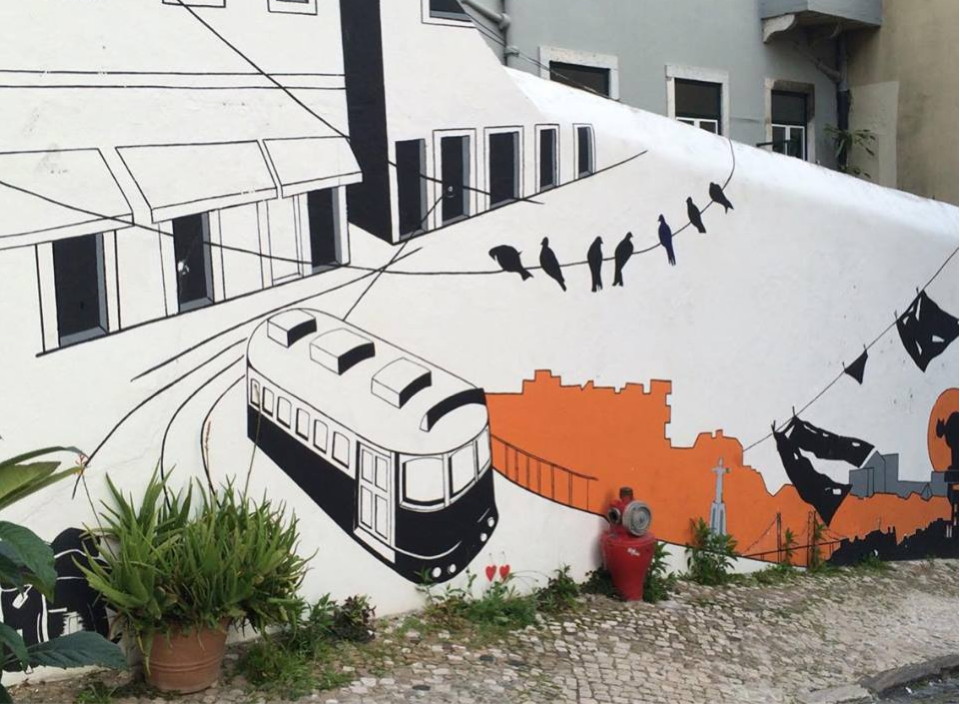 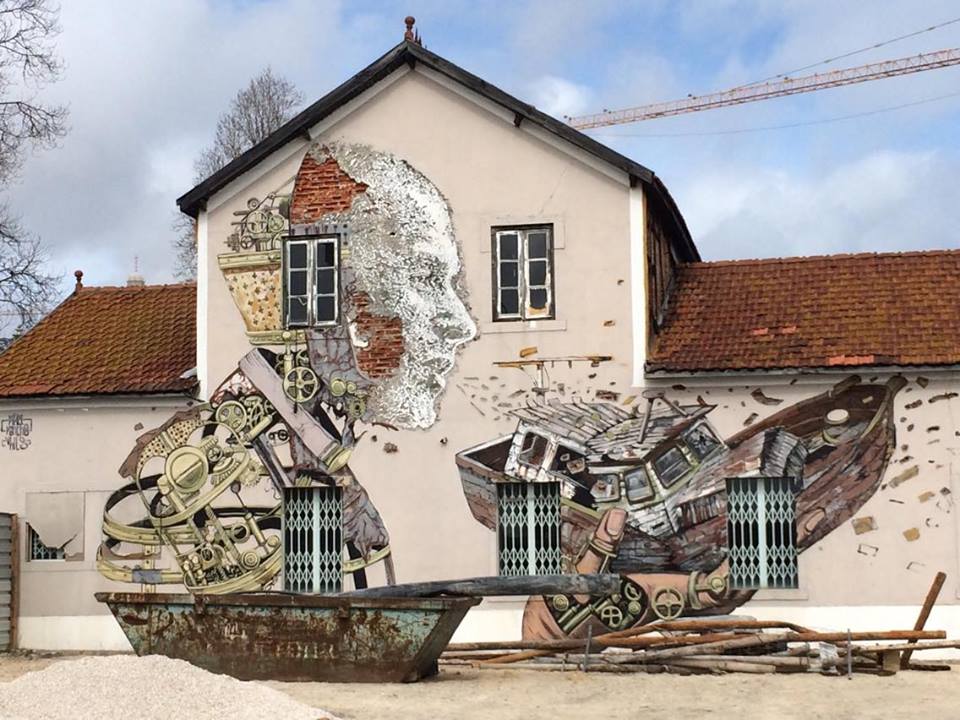 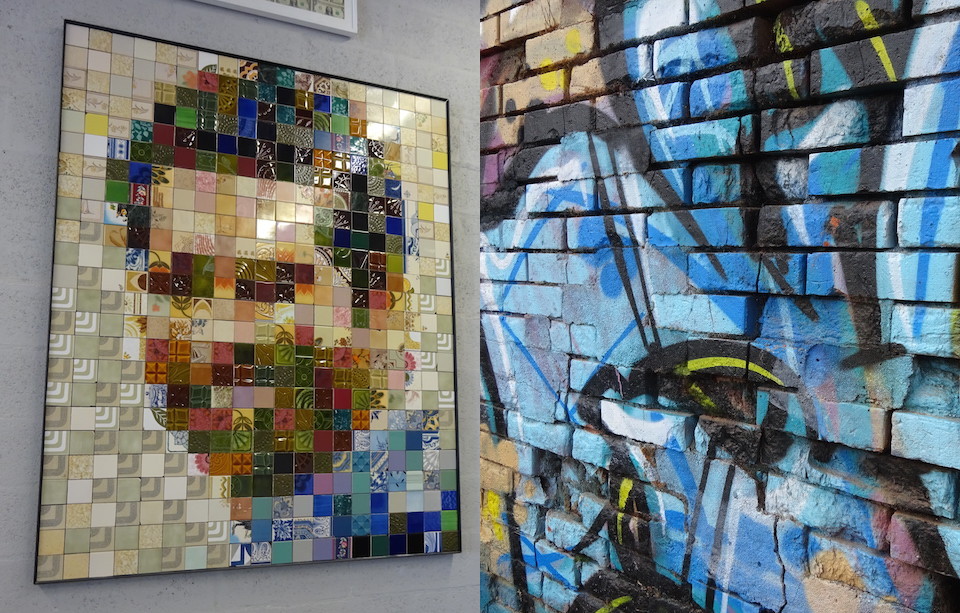