the death of a nightingale 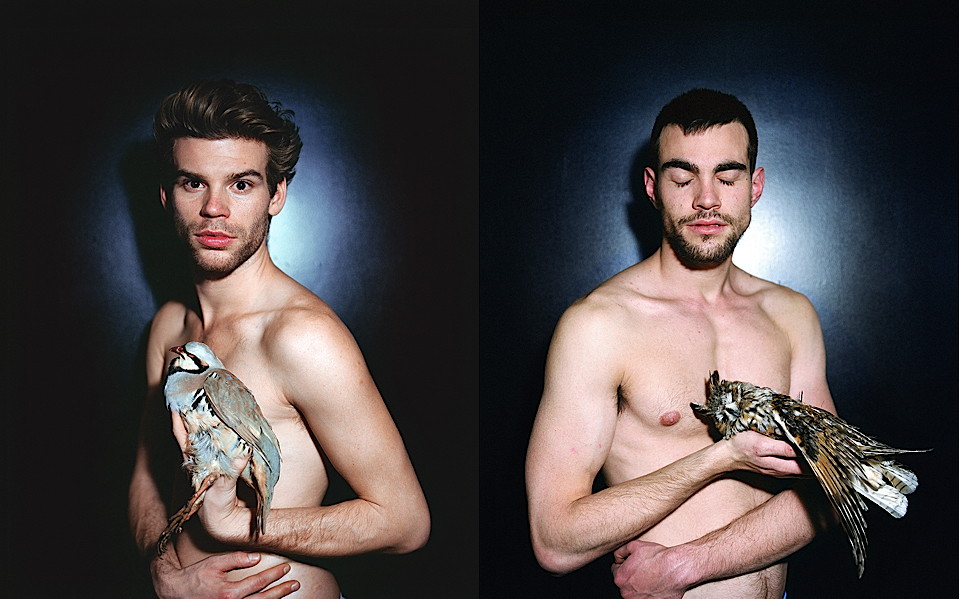 Yuval Atzili was my student. There is a limit to what you can know about your students. There has to be. Even when they are ex-students and ex-teachers.. I have known him as a teacher knows a beloved student. I have taught him 2 years in Bezalel Academy of Arts and Design.

I could see him, and suspected not anyone could.

I have met again a few months ago, we sat in a coffee shop, he doesn’t like coffee shops. He spoke about dead birds, I remembered birds interested him back then as well, in Bezalel. His freezer is filled with dead birds, he said. See, those are birds that people don’t usually put inside their freezer, long winged, magnificent, fragile. Barn owls, flamingo, who could believe it? Pigeons. Even people who eat everything don’t freeze that kind of birds. He told me about the freezer, the cooler where a dead bird is each time carried into the club he photographs in, waiting for the right, crucial moment.

I was immediately sorry I hadn’t thought of it myself, that I hadn’t stolen him from life, into my story. A young man with burning eyes (that’s the way it is, sometimes similes flares in your head, later it softens). Anyway, a young man with brown eyes, keeping dead birds in his freezer and later taking them out of their coverage in a club named Nightingale Cinema, no less. Symbolism pushed its way in, photographs with dead birds, magnificent, hurt, in a club named after the primordial singing bird; and that’s the mode of action: he approaches stranger men at the club and asks them to photograph with a dead bird.

It has to be a story. The necrophilic layer, the emotions layer, the surprise, the threat, the spectacular sight of a boy holding a bird, struck with a spotlight. It’s a story’s geology, something needs to be done, I thought in despair. Yuval would probably say “Israeli goth” and he would be right and I would be wrong, for they are all migrating birds passing through Israel, dying here with all their glory. He doesn’t kill them, it’s important to say, Yuval is the most non creepy person I’ve met and still, I was amazed by the way he creates beauty from this death, present it, displaying it beside the bodies of young men who carry them as carrying their own death.

Creates some kind of life and death erotica, horrible and beautiful. Erotica of exploitation, defiance and embarrassment, and sadness. An almost Christian image, I thought, almost poetic, Jesus in the hands of Mariah. Mariah holding baby Jesus and already visioning his future death, alongside the bird as some kind of prosthesis accessory, exposing the unsaid – here, someone died in the hands of a very living someone. Someone could not woke someone up from its fainting, from its death; that’s almost indecent and yet I believe him; I believe this quest for beauty in all places that supposed to be covered with dirt.

“This is me and my brother”, he said to me simply when describing the relationship between the young man and the bird; two non-identical twins who rolled out to the farthest edges: man and bird, live and dead; and suddenly the layers I’ve counted faded into dust. That sentence he said, reminded me of Jacob Biton’s poetry who wrote about himself and his brother Dogan facing their grandma’s death, the big mother. In his meticulous photograph there is something primary, physical like a bone cracking out of skin. At the tip of every photograph lies the materiality, the labor, the dead bird, the masculine body, the boyish body; And similarly there are the two brothers, the twins, one brother holding the other, a hug or a first grasping in front of the world; And when he spoke, I suddenly thought of a child, who must recreate a scene over and over again; The methods improves but the tongue is repeating the old saying “this is me and my brother”, pointing the truth, does things with words; or in Biton’s words “Dogan won life itself. All the moments. /He is my brother/ don’t come any closer. »

The photographs & text were originally published in “The Hottest Place In Hell” magazine, May 7th, 2015 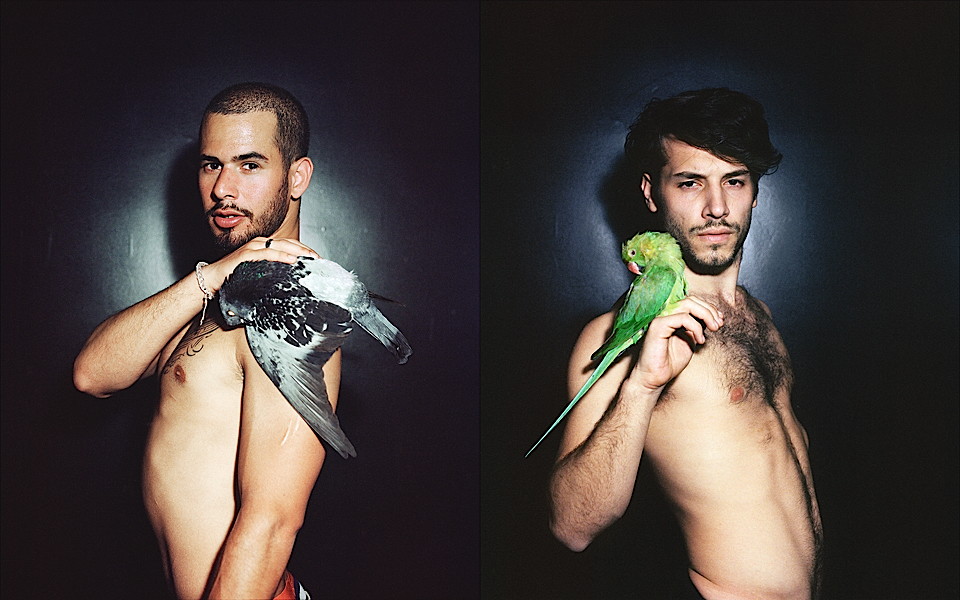 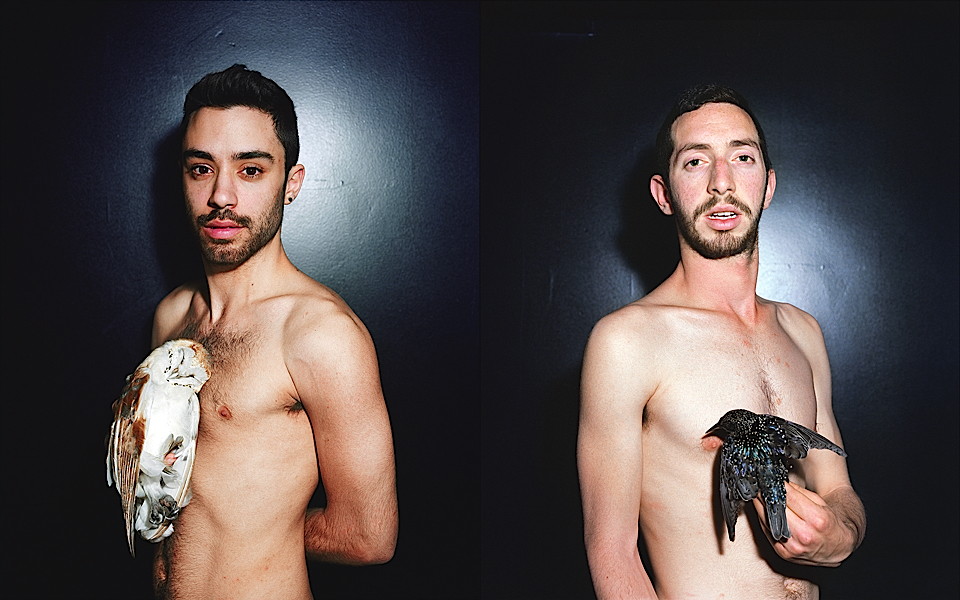 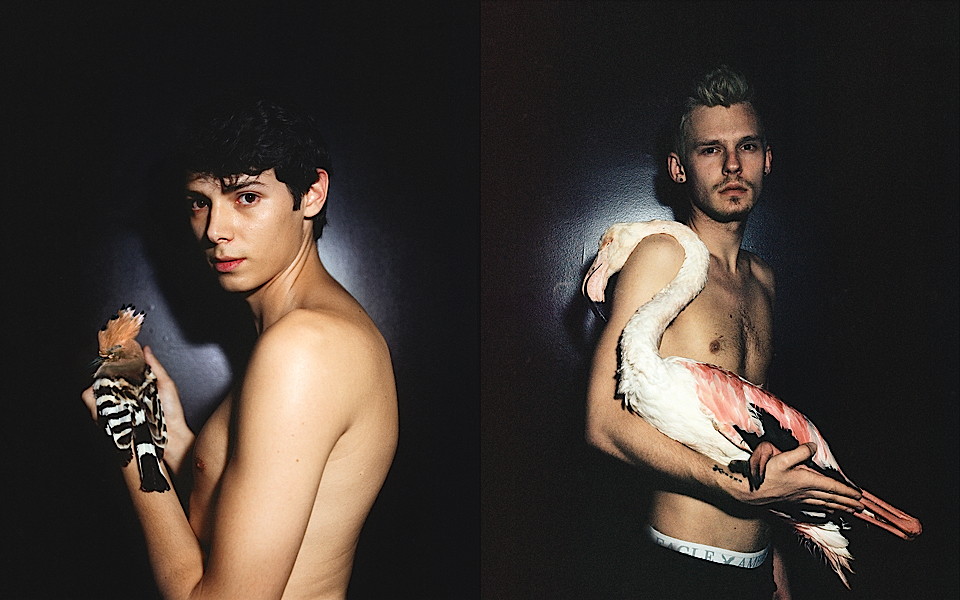