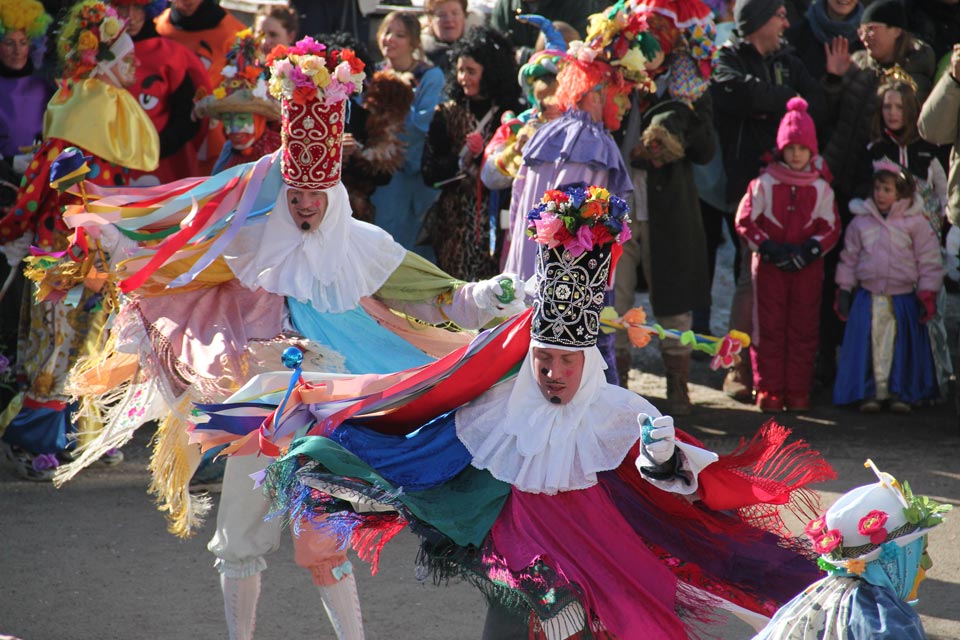 Through conductive research in European Carnival, a very interesting ongoing project was found entitled Carnival King of Europe. This project focuses on winter fertility rituals. The coordinator and promoter of the organization and social anthropologist, Dr Giovanni Kezich, was able to answer a few questions about the project.

What is the idea behind this organization, what does it stand for and which countries and institutions/museums does it involve?

« Carnival King of Europe » is a partnership of European ethnographic museums, working on a shared research agenda on the common roots of European winter masquerades, which very evidently share the same basic features everywhere. The project started in 2007 on the initiative of a local ethnographic museum of the Eastern Italian Alps, the Museo degli Usi e Costumi della Gente Trentina of San Michele all’ Adige (Italy), and it won the collaboration of some other eight important European museums. In its first phase (2007-2009), these were:

Who are the people behind Carnival King of Europe?

Museum curators, visual anthropologists, ethnology fieldworkers.  Carnival King of Europe is a project of ethnographic research, a website, a DVD film, and an entire video archive, an itinerant exhibition, which has so far reached, from San Michele all’ Adige, Bilbao, Warsaw, Ljubljana, Zagreb, Sibiu, Sofia and Skopje. So, small international teams of fieldworkers were set up, for example Polish, Italians and Macedonians, to go to Romania, with the Romanian colleagues acting as interpreters. This has been possible through the professional network of ethnography museums.

Are you working on a new project?

A third phase of the project is likely to invest some 16 or 17 European countries, reaching has far as Portugal, Belgium, Hungary, Czech Republic, Slovakia, Serbia and Greece.  This will possibly materialize later in 2015, on the ground of some more support from the EU. What we would like to do is to compile a general atlas of European winter masquerading: this has already been done in some countries (Portugal, Spain, Bulgaria), but we still do not have the overall European picture.

How long does each project take? Do you travel a lot? How much research do you conduct in advance of visiting a new place to document?

For about four years (2007-09 and then again 2011-12), we have been able to be constantly on the move for the duration of the time of winter masquerading, which is from early November until early March. This has meant traveling a lot, mostly by car because it is cheaper, especially if you have to reach remote villages with filming equipment. In this way, we have been able to document, from 2006 to 2015, about 80 masquerades in 11 countries, which is really a considerable result. Clearly, we are making every effort to be reasonably prepared about what we are going to see, but this is extensive, comparative ethnography, not social anthropology, and in each one of the places we visit we have to make the most of a one day’s stay. On the field, we do not only film and take stills, we also collect bibliography, we interview people, and we try to capture as much information as possible.

Are you interested on how tradition can be interpreted within contemporary society through the exploration of art & design for example ?

Yes, why not? We are not carnival talibans. There’s a Bulgarian sculptor, Vasil Dimitrov, for example, who has completely reinvented the figure of the kuker, and another one in Croatia, Zarko Lucic, who has done about the same thing with the zvoncari masks. A whole new vogue of devils’ masks – they are called the krampus – has been created in the last few year in the Eastern Alps, on the Austro-Italian border: these are now quite horrifying, in an unprecedented fashion. Masks are reinvented all the time, mostly through minor adjustments which show their durable impact only with time.

What is about the carnival festivities that fascinates you?

The fact that at their core, in their traditional form, as seen in a village context, masquerades are identical everywhere: there’s a first phase which is scary, with hairy figures that go around shaking the big bells that hang from their waist, a second phase which is ceremonial, mostly with a mock wedding, or possibly the rite of ploughing, and a third phase which is burlesque. In spite of the running rumour that carnival must be a free-for-all, everything is really quite orderly and very predictable, as in liturgy. To decode the meaning of this liturgy is the ethnographer’s task, and it is fascinating. Then we will have to trace, far back in prehistory, the origins of this magic, and the foundations of its reasoning.

Do materials used for costumes vary in each country? Are they different from previous generations?

Materials vary a lot: facial masks can be made of wood, of paper, of metal, of anything, and also the materials of the costumes vary a great deal. Yet the general concept of each figure stays the same across Europe, where in traditional village carnival no more than a dozen different templates are made use of for creating the costumes: and these templates are very evidently the same, from the Balkans to Iberia.

What do you feel about the new generation? Do you think they will carry on the tradition or is traditional masquerade and rituals something that is slowly fading away?

Masks and masquerades are currently on the upsurge: many are being rediscovered or revitalized, and the old ones are found to attract increasing support and participation. This is a complex phenomenon, which has to do with the construction of local identity and the sense of ‘belonging’, which is very much sought for in these days. Generally, especially in the rural part of Europe, the youth goes for that a lot, so that mask and masquerading are now going to survive for at least one more generation. 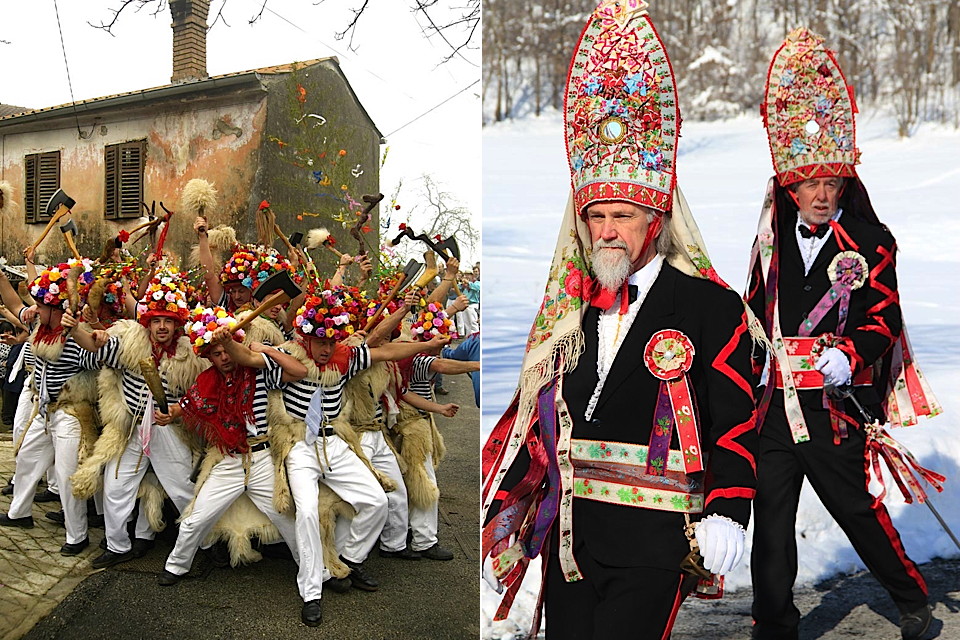 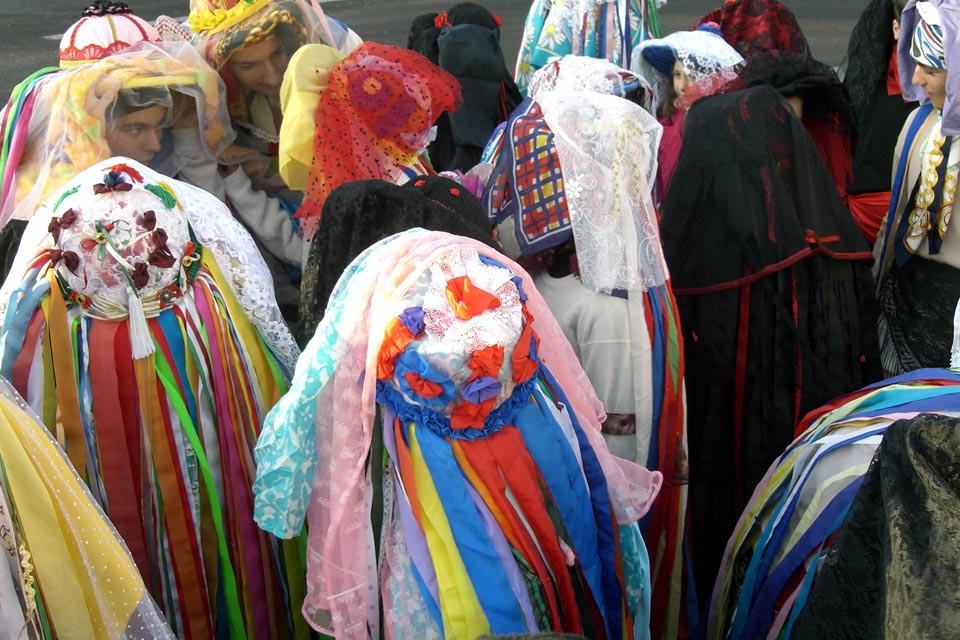 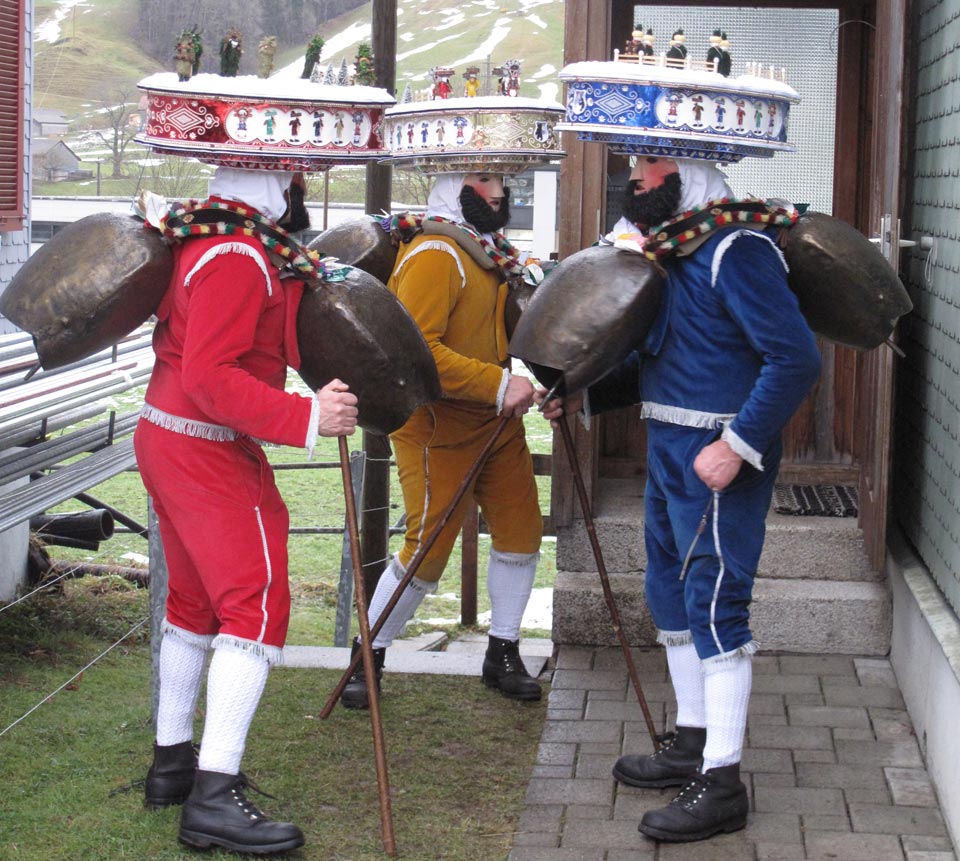 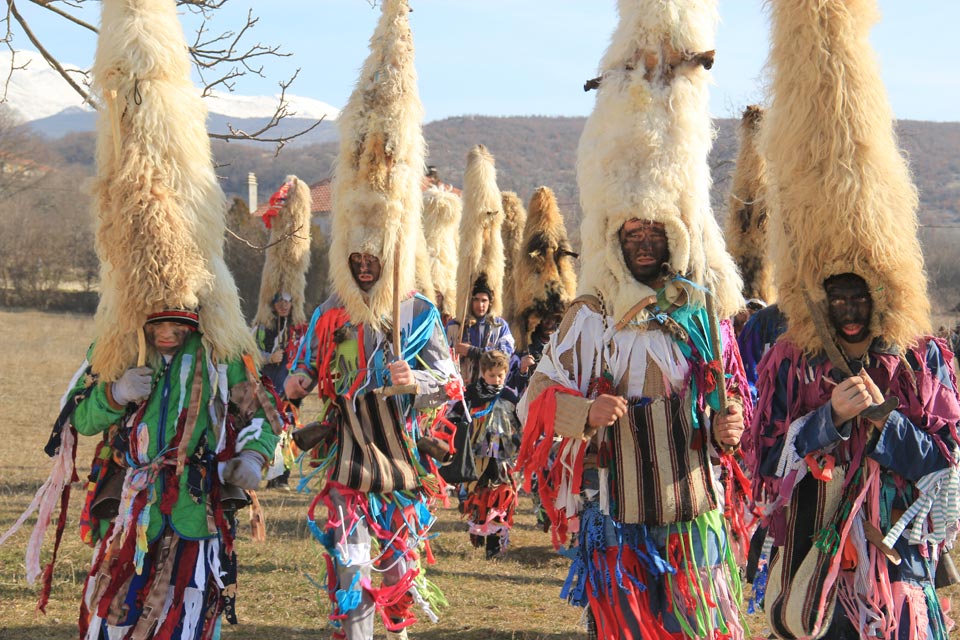 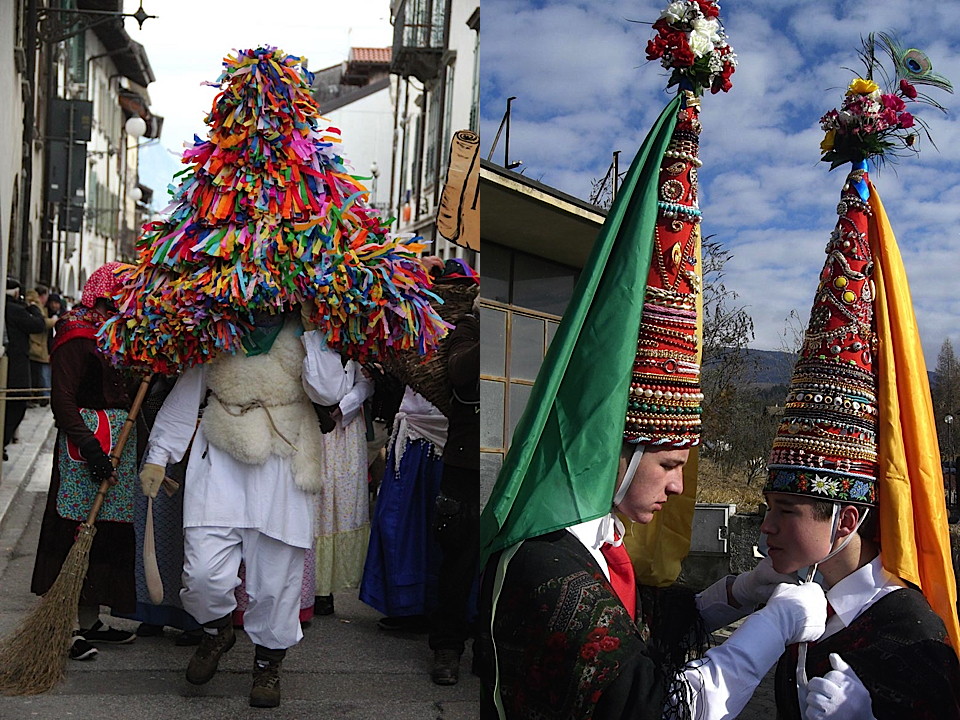 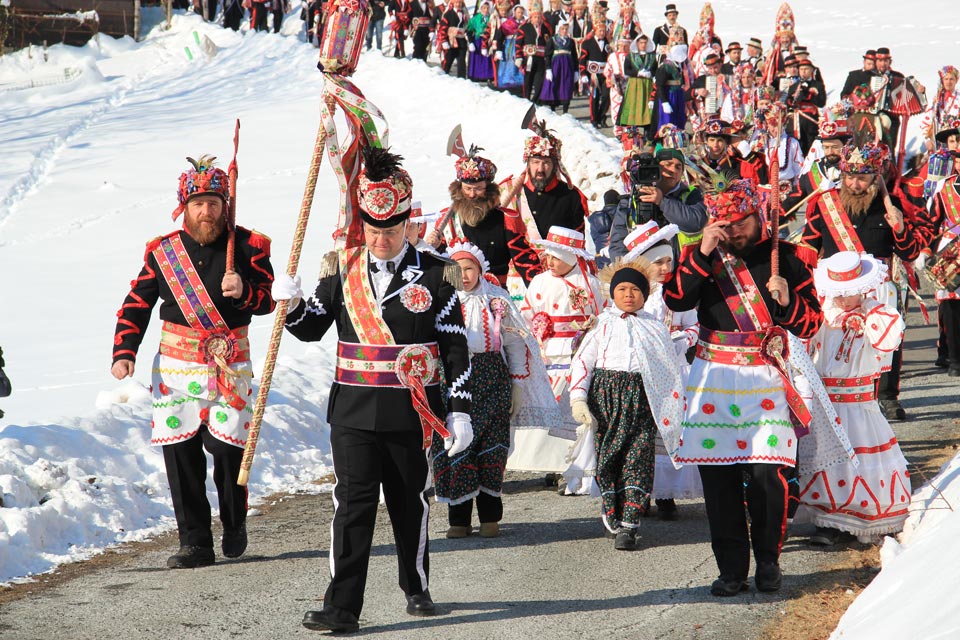 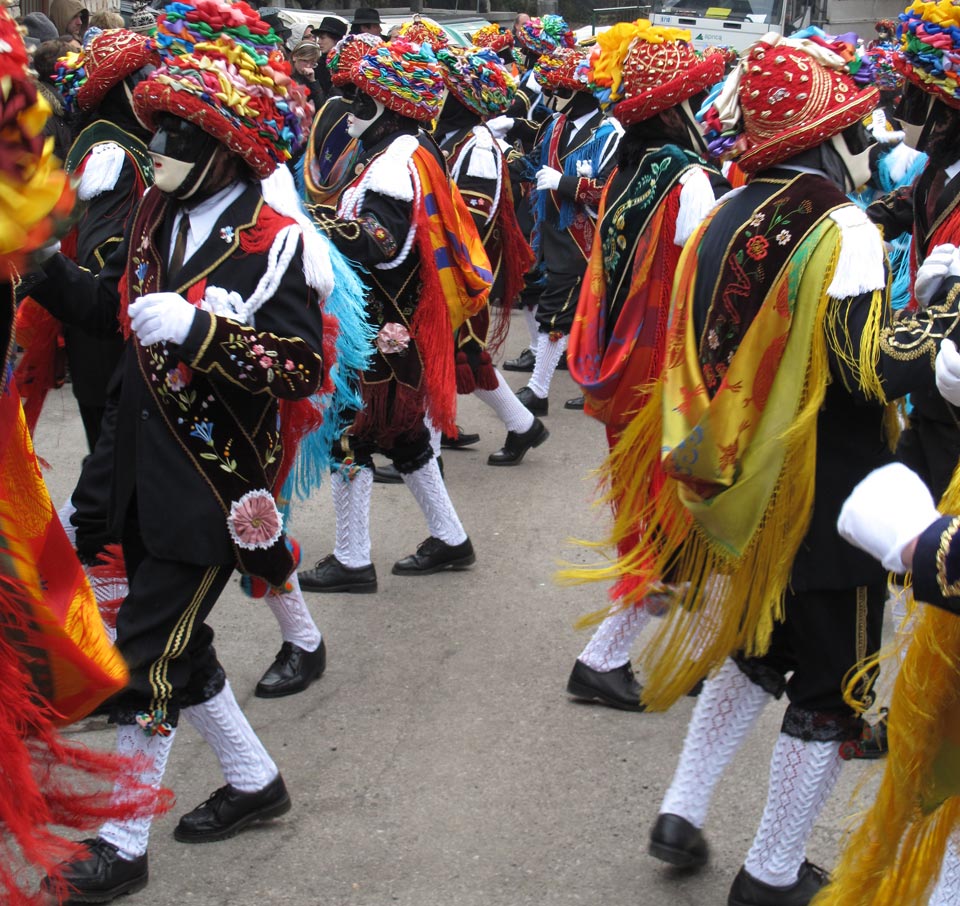 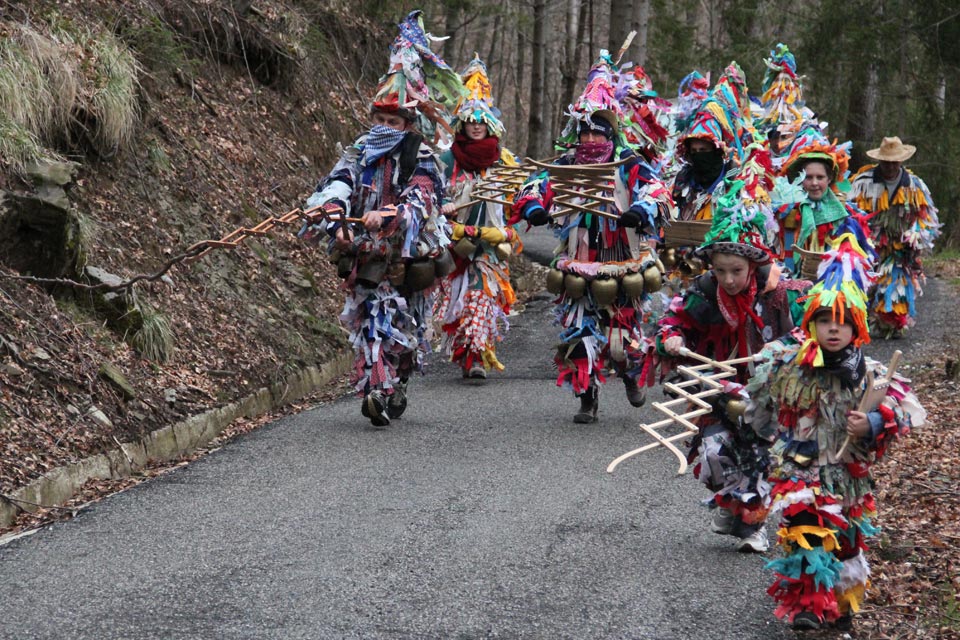 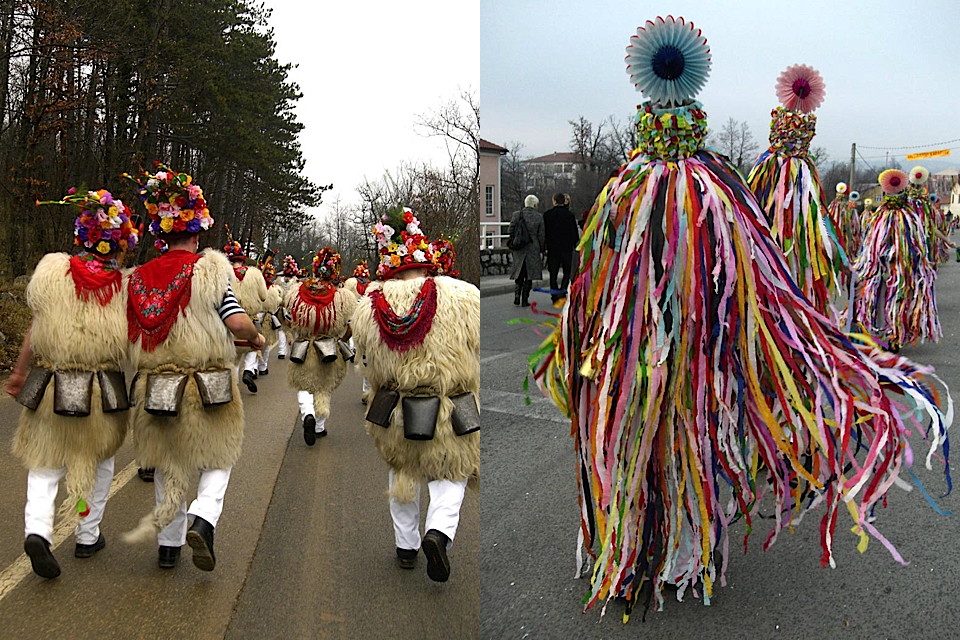 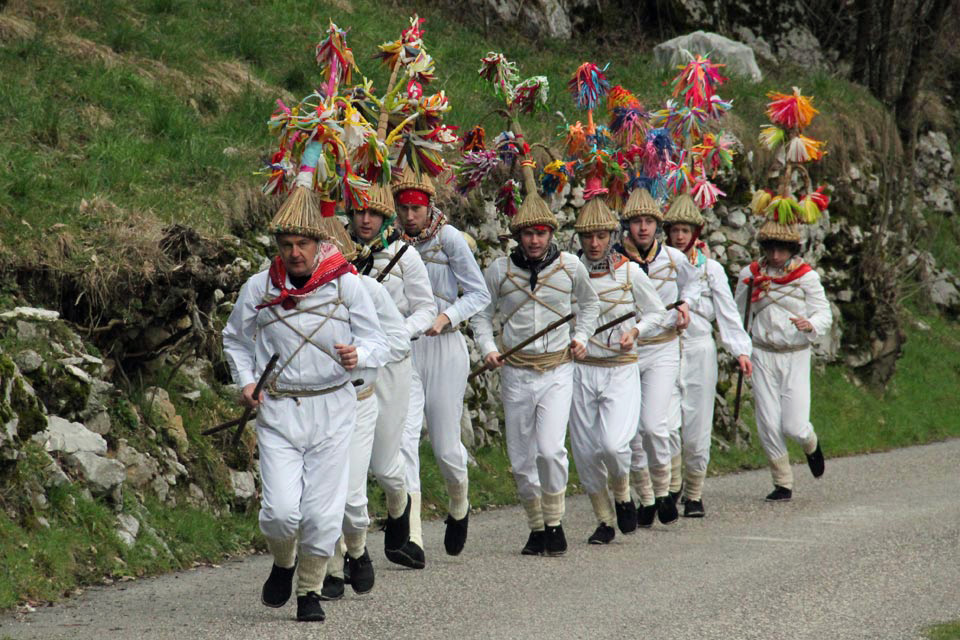