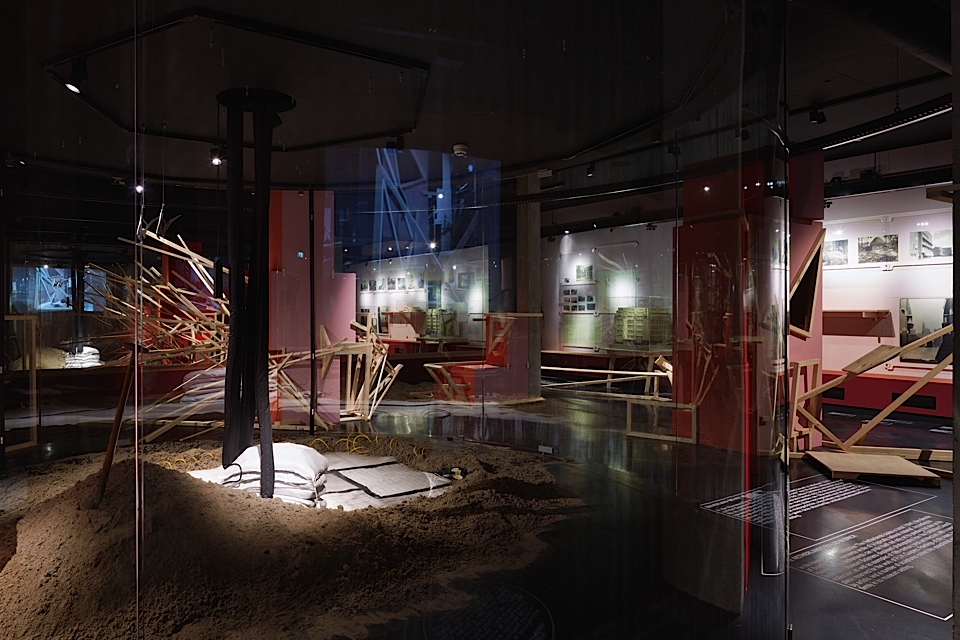 The contemporary era is characterized by radical technological, economic, cultural and social shifts. Het Nieuwe Instituut aims to illuminate and map a rapidly changing world while at the same time fostering discussion of topics related to the vast field of design. All the institute’s activities are grounded in the principles of design and innovation – two concepts bound up with changing value systems and conflict.

Het Nieuwe Instituut organises exhibitions, lectures and fellowships, carries out research and development projects, and publishes reports on the outcomes of its projects. The office for design, applied art and architecture Studio Makkink & Bey created the spatial design for the series of archive exhibitions entitled ‘Surprising Finds’ at Het Nieuwe Instituut, . For each installment, the curator Studio Makkink&Bey carries out a spatial intervention in the interior originally designed by OMA, freeing up the plan of the archive room and creating space for the collection, and curates guest interventions by young designers and artists. The interior changes in response to the exhibition seasons. Modular wall components were developed for the exhibition The Netherlands builds in brick, and totems of stacked podiums simulate a construction landscape that echoes the Anker building blocks.

Intervention ‘Brick Factory’ at the entrance of the exhibition is a new work by visual artist Leon de Bruijne who explores the sense and senselessness of stuff in his kinetic installations, elevating daily routines to hypnotizing rhythms. With a revolving wheel of chutes, his work introduces a construction landscape that visitors encounter in the basement.

Designer Govert Flint collaborated with choreographer Rodrigo Alves Azevedo questions the influence of space on movement, and how an environment is shaped when it is created through dance. As a second intervention they developed an in-situ experiment around the glass circle in the basement.

Govert and a team of designers used pre-fabricated material to respond to the movement of a dancer, to build, to move, to build and so on. The dancer searches for new movements, the designer for new forms.

In the glass circle the third guest intervention took place during the opening, Spatial designer Harm Rensink develops installations based on wellness and relaxation rituals.

As an alternative to ‘taking a break’, he offers a poetic place of repose that is somewhere between a sand carpet and a warm sand bath. During the opening interaction of the public with the Sauna site was filmed, and the resulting film is on display at this exhibition.

Video Shaped. Dialogue Between Motion and Matter by The Institute for Applied Motions with Rodrigo Alves Azevedo 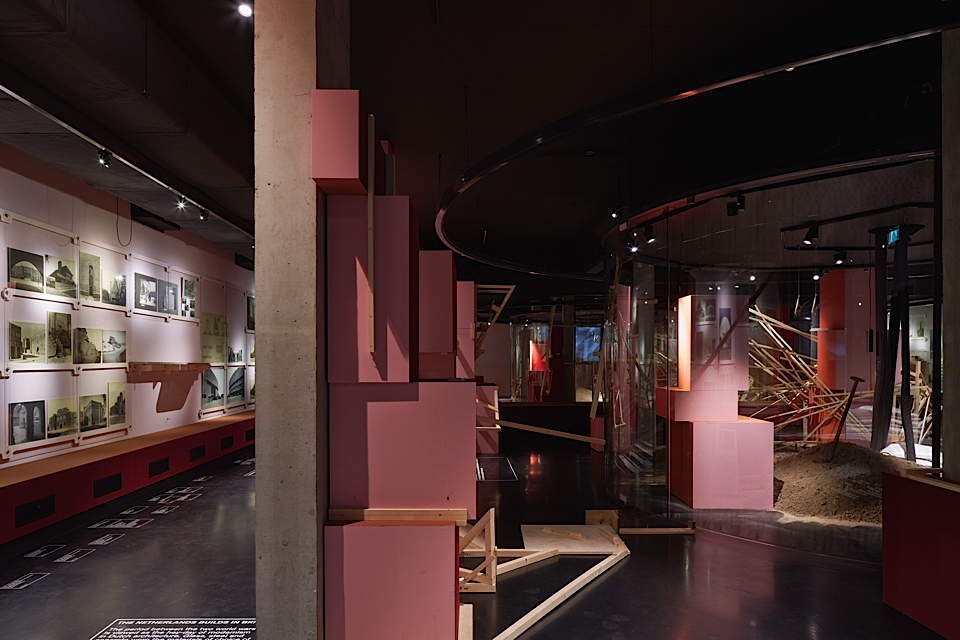 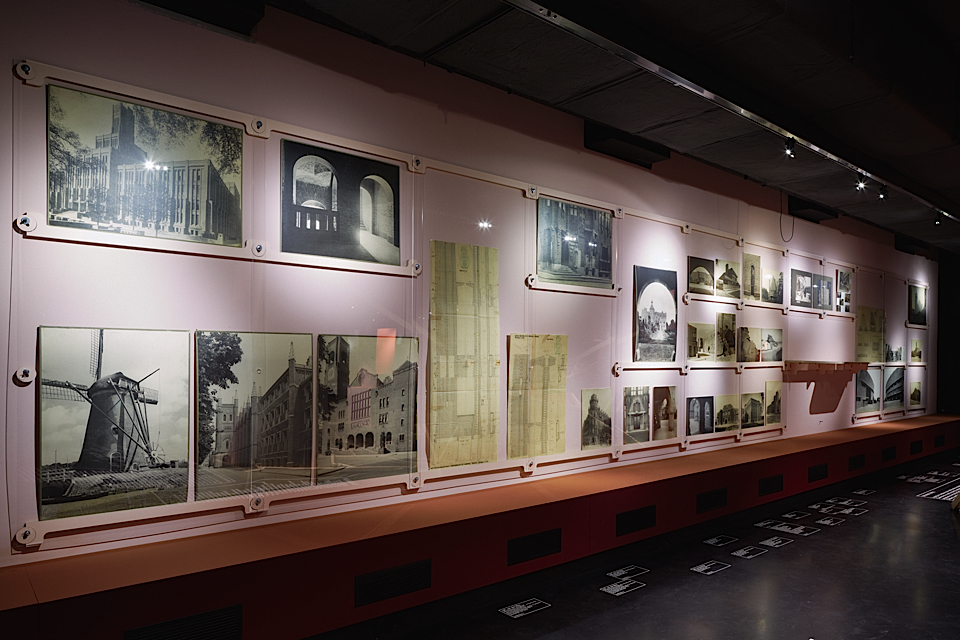 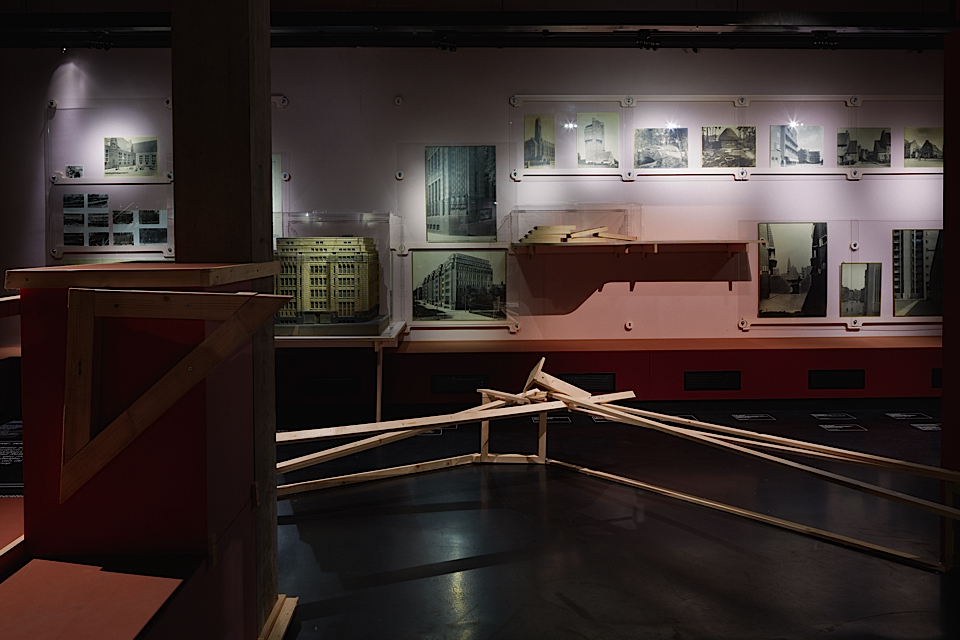 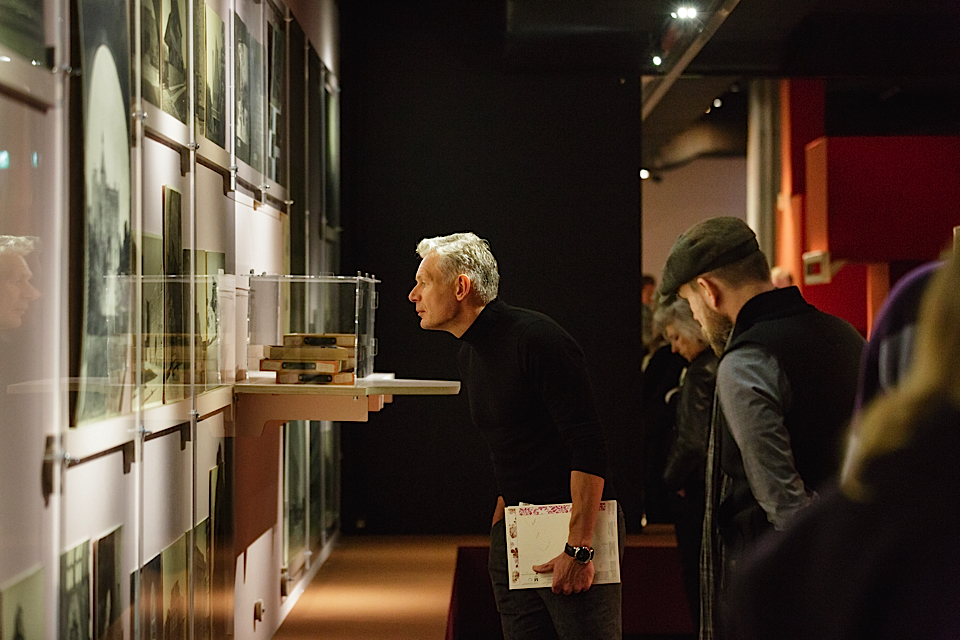 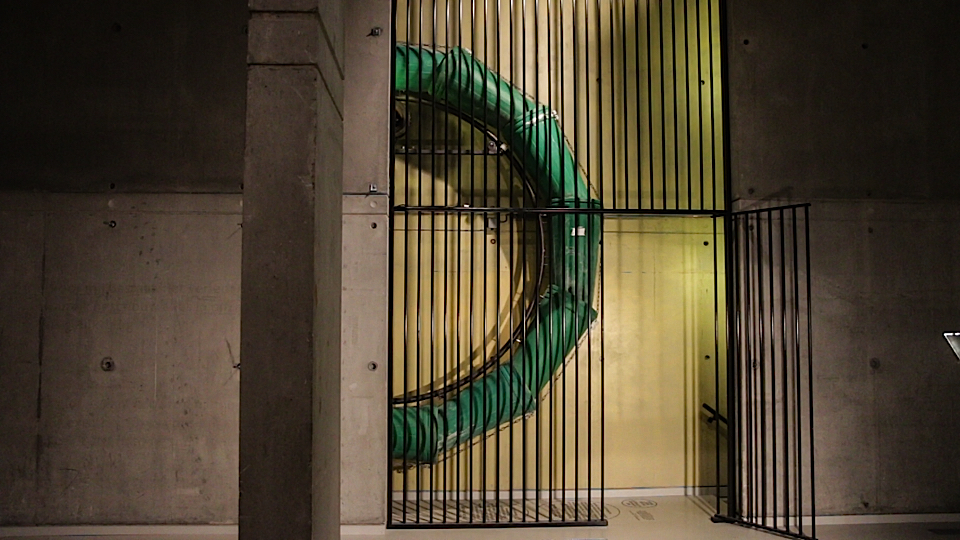