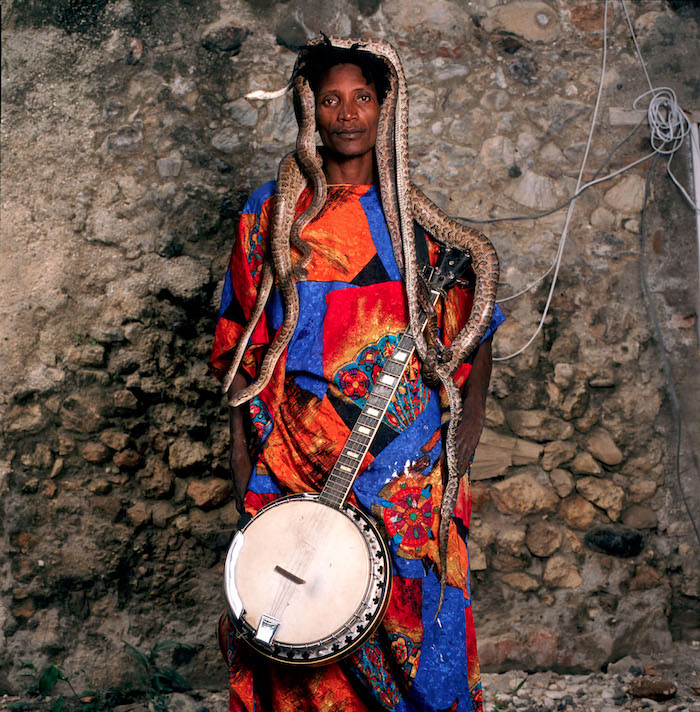 Folklore is part of every culture closely connected to the soul of the community it belongs. In modern society major folklore elements are fading away. In contrast it is very exciting that a new growing movement of artists and craftsmen is flourishing inspired by it.

Photographer Phyllis Galembo perceives this change in a positive way. Maybe it is ok for tradition to fade away. Maybe in a way things just transform and still carry on looking differently, adjusting to today’s society and needs. “Maybe something, in 20 years from now, will not exist anymore but maybe this will be replaced by something else. This is part of the process. People of modern world are looking for something different”. As she describes “people today want to belong to the group, to the mass, than the individual”.

Folklore or more specifically traditional masquerades, carnivals and rituals should be used as a medium to reinterpret our culture in the context of modern society. Rituals might be aesthetically different in every country but behind them the concept is the same, the same need for prayer for fertility and dispersing the evil.

Phyllis Galembo is a contemporary photographer based in New York. From the beginning of her career she has been working on her own projects. She is teaching photography at the Albany State University, New York which also gives her the freedom to develop her work.

What can best describe her images is the brightness and vividness of the colours she captures. The way the image is taken is a testimony of her aesthetics and style. She uses many traditional photography techniques and methods, such as a film camera, instead of using the latest technology, which makes her work, stand out. Phyllis tries to capture what she calls real colour, whatever the colour might be, and she uses a portable lighting studio to achieve “rich colour” to her photographs.

From an early age Phyllis has been fascinated by the rituals from a photography point of view. Her original research on rituals began in 1985. Since then she has been travelling mainly in countries of Africa and the Americas, including South and Central America, Mexico and the U.S. She tries to document things as they are and it is always a bit of a surprise when she finds something new and different. This is very exciting as people’s imagination has no limits on what they can come up with. She has been researching African rituals (South Africa, Nigeria) and South America (Mexico, Brazil, Cuba).

She collected, later, over 500 American early Halloween costumes for one of her projects on masquerade. It would be interesting one day to do a timeline on her work and trips around the word. Currently she is working on a new project around Carnival Costumes in India and Mexico and clothing of diviners and initiates in South Africa although she is always open to new suggestions and places to document.

The concept behind the pictures she captures is to “celebrate the originality and creativity that people have”. Most of the people behind these images are traditional costume makers or tailors, also people who are very passionate about the rituals.

The materials, used in the costumes she captures, have changed and evolved over the past few years. On one hand some elements stay traditional, for example costumes made out of leaves and grass, as they always have been. On the other hand some costumes include now contemporary objects, for example “costumes from Sierra Leone include Christmas ornament decoration”. There are a lot of recycled materials used, when costumes of older times are refurbished. When it is something historical, old and sacred they do not want to interfere or alter the costume.

Most of the research, she has conducted for her projects, is original. She travels by herself. It is a new discovery for her when she arrives to a new place and finds these costumes, since most of them have not been documented before. There has not been done much of primary research about these rituals so she considers herself lucky, she found all this material to record in her pictures. In the places she visited, rituals are still very important part of the local culture. ‘’They want to keep their tradition. Some things are very sacred to people still.’’

When she sees something that carries on this tradition, she wonders what is going to happen to the next generation. Is there going to be people to carry this on?

All images are a courtesy of Phyllis Galembo 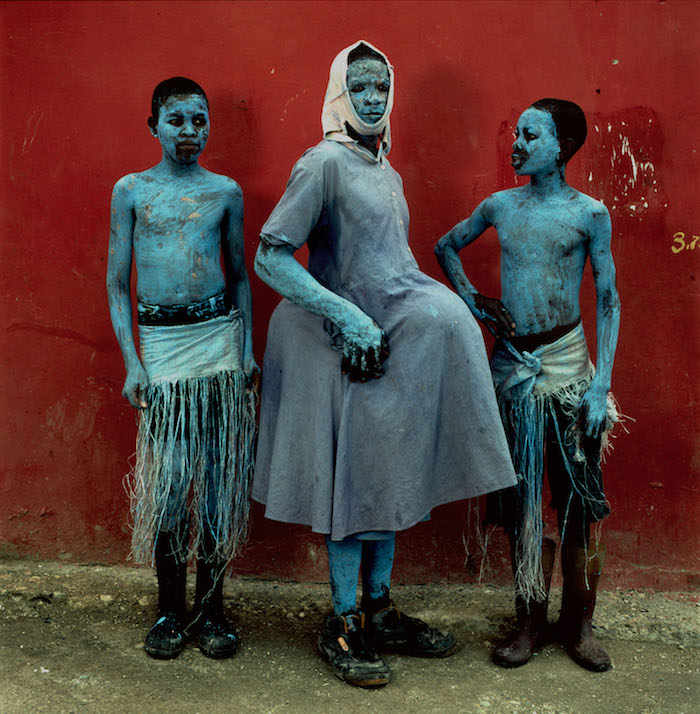 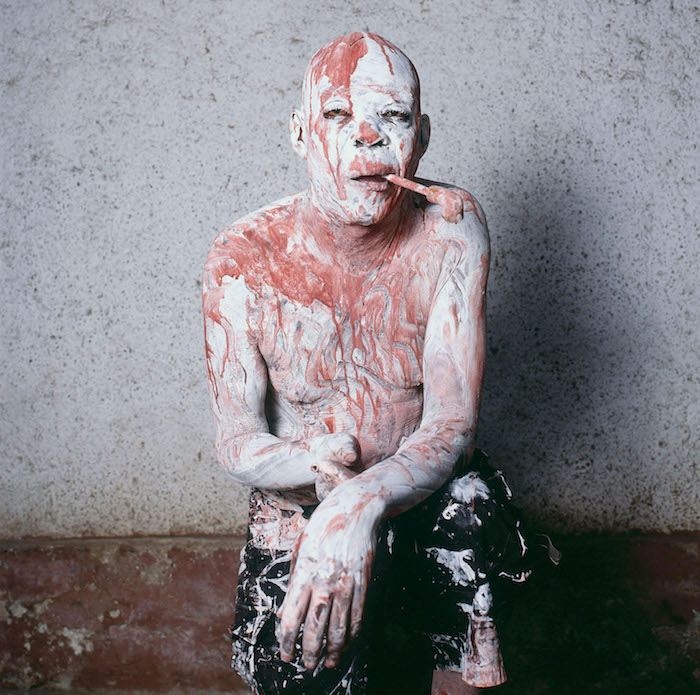 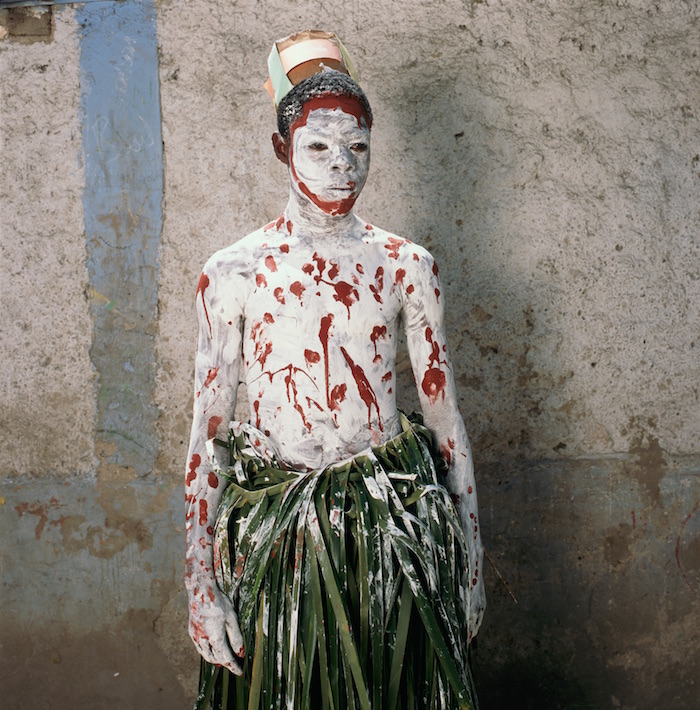 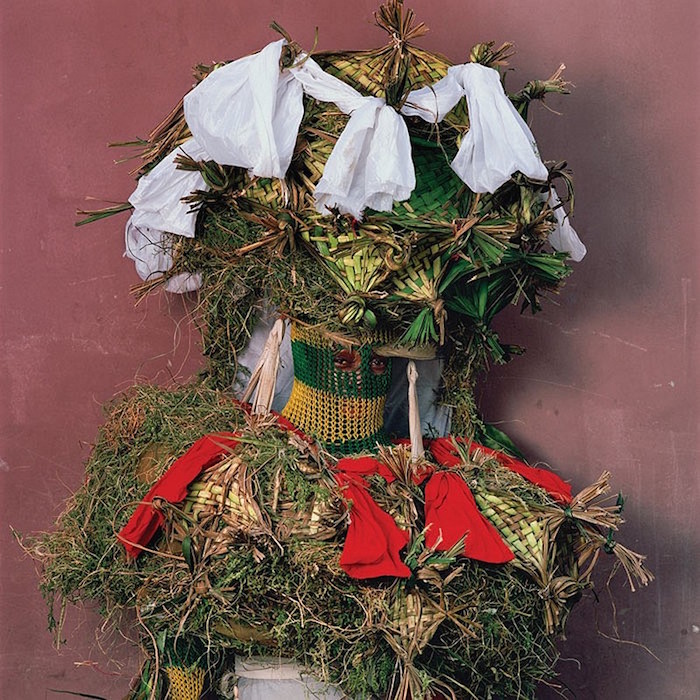 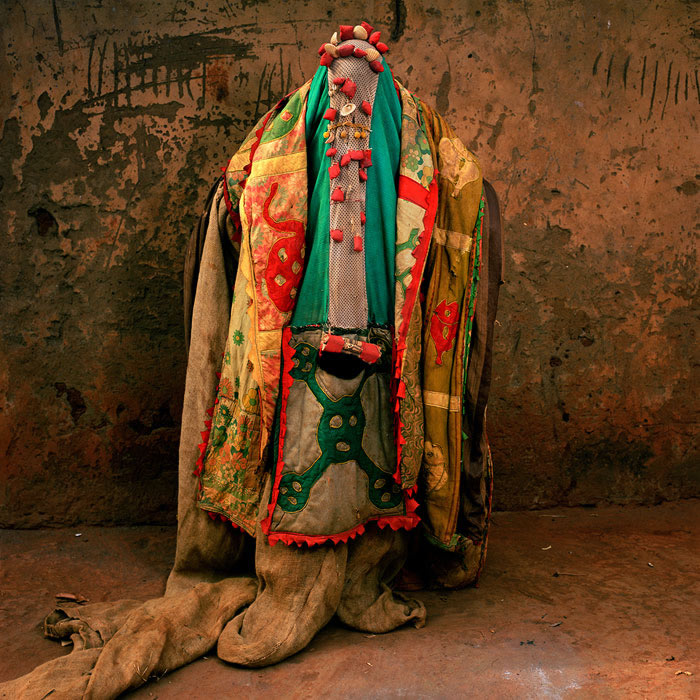 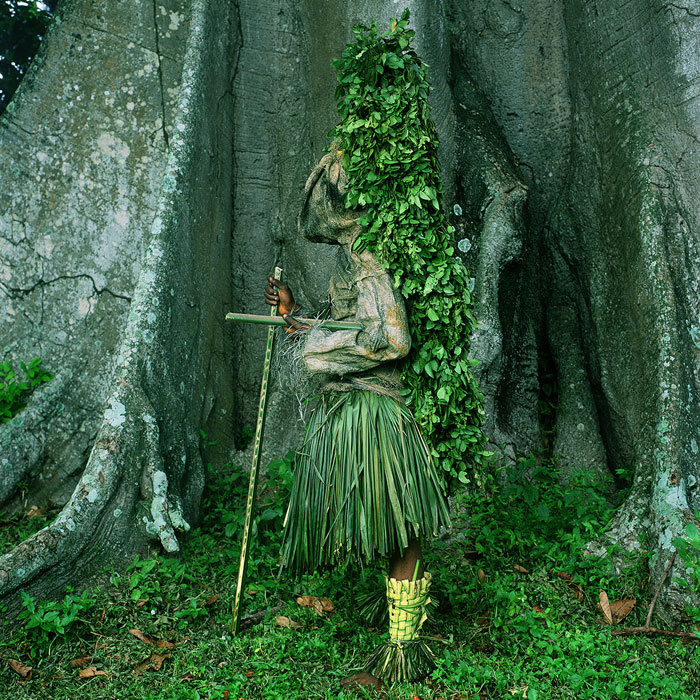 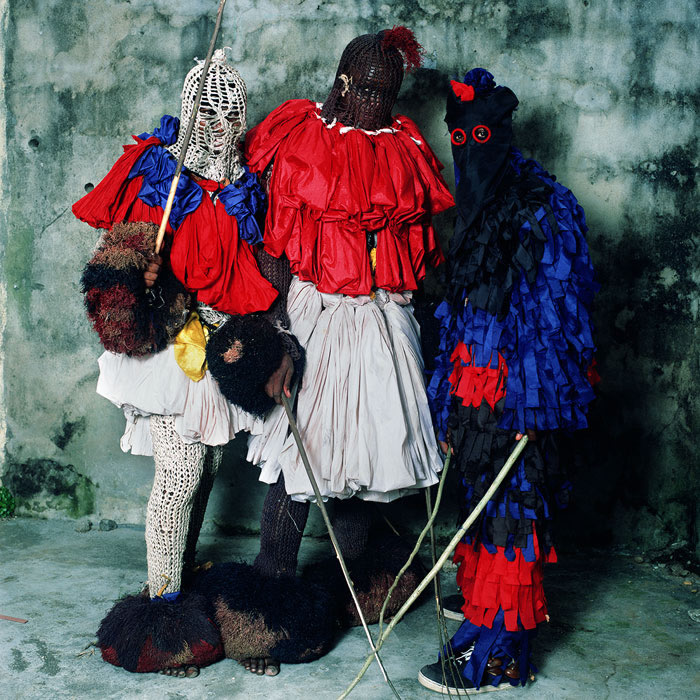 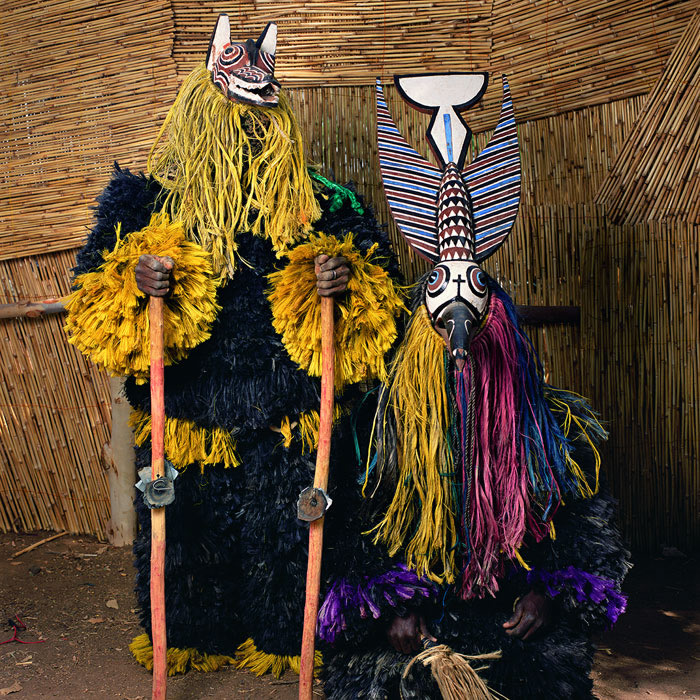 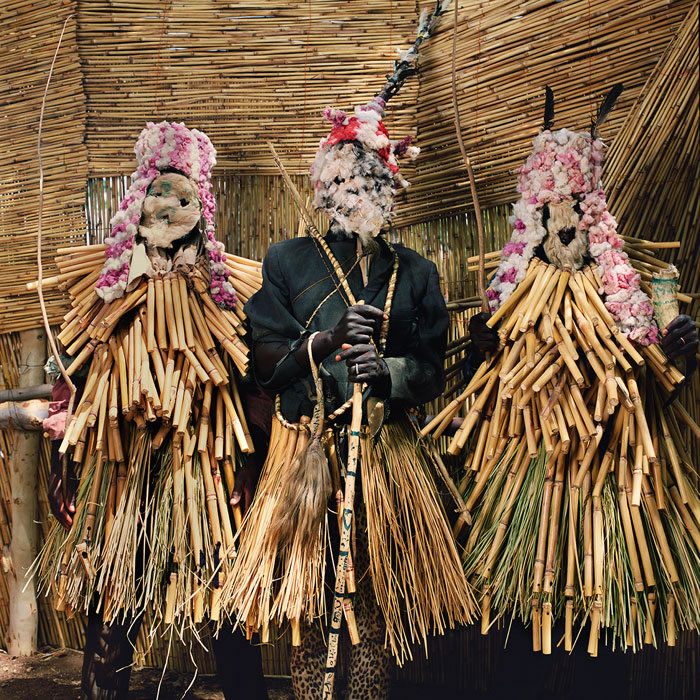 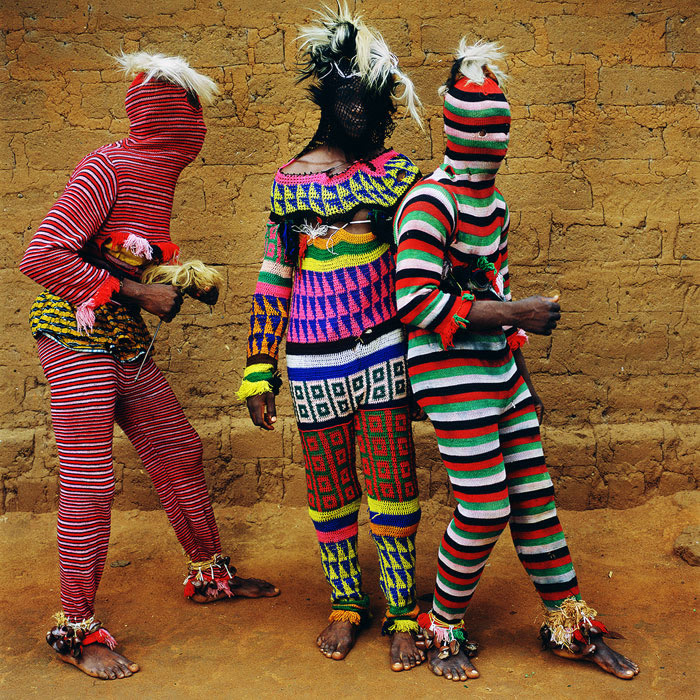