We enter a moment in existence when once again we turn to natural history for understanding, drawn to the vanitas in still life, to the collecting of natural wonders and strange relics for the cabinet of curiosities; to the bone and the shell,the fossil and the seed-pod, the tooth and the nail. We wield the power of objects, and the arrangement and display of objects, to tell a visceral story of life and death, to reconcile unknowns, to attempt a new to decipher for ourselves the astonishing mystery of the universe.

We are drawn to all that is reminiscent of the laboratory, the archaeological dig, the anthropological or botanical field expedition, the adventure story behind the museum display. Mineral,vegetable, and animal artefacts present themselves for cataloguing and classifying; systems and structures are secret worlds for us to decrypt and describe.

Like the explorers of earlier centuries, we are poised upon the precipice of a new world. Whether we perceive this as a new world of our own making, with consequences we only now begin to glimpse, or as a new world to colonize in space, or as the rapidly expanding nano-world of scientific investigation, or as all of these and more, we sense that all is about to change.

And because clues to our future are contained in the physical matter of the earth’s history and geography, we find resonance in all that speaks of life,death, the unknown, the strange, the secret, the microscopic,the macroscopic, the numinous souvenir of every type of exploration.

And in assembling such objects, in associating them, we find ourselves expressing the vanitas that is so deep a part of our human trajectory, going back at least as far as the Neanderthals, with their adornment of the dead with flowers and red ochre. At the point where bone meets blossom, time stands still. 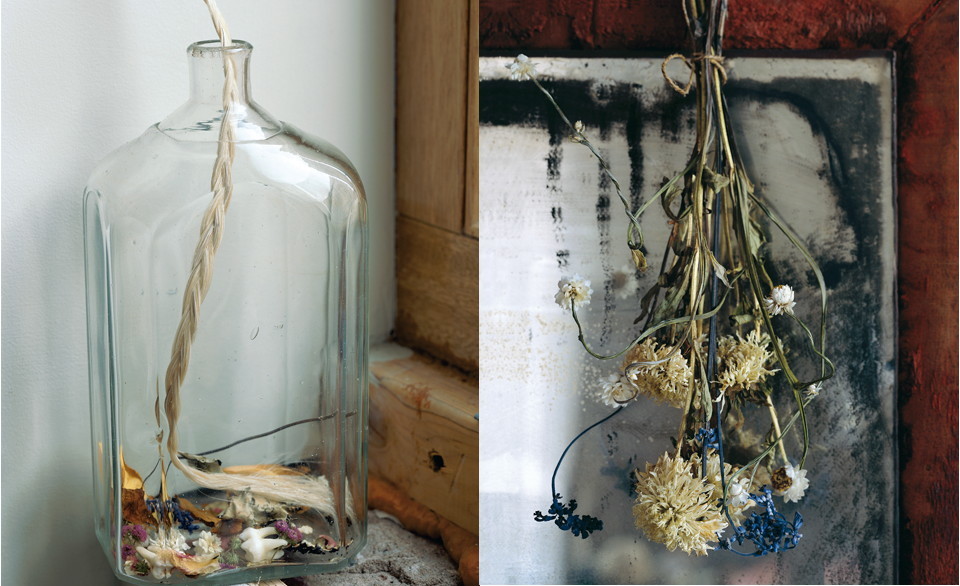