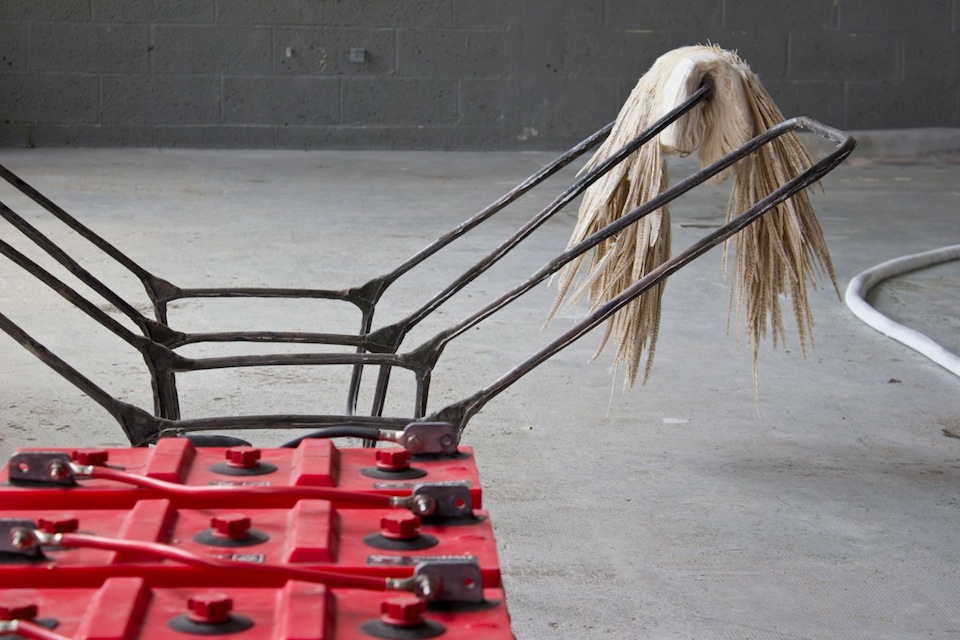 Catharina van Eetvelde and Stéphane Sautour have been working together for over two years. They have a large workshop in Montreuil, which doubles as a meeting place for a surprising bunch: as well as the two artists, a seismologist, an anthropologist, two video makers, a composer and the odd visitor. Something is in the making there, something collective showing its face for the first time in the installations.(*)

These strange installations explore fragile balances and gravity – sometimes balance and gravity at once. They look like a collection of accidents, or a dramatic mise en scene which deals with the “paradoxical sequence which occurs ‘against all logical expectations’ or if you prefer ‘inexorably with surprise'” (Patricia Falguières). They are “marvels” or mirabilia, so appreciated in the sixteenth century, using heterogeneous materials and procedures to make them hold together: ‘delicate links’, mouldings, swelling, crumbling, contagion, friction or spills. “CARBON(ROCK) to LATEX COLLOID(BAND) to METHYL METHACRYLATE(RESIN) to PROP-2-ENOYL, AEROSOL(COATED) to PAPER, INK (FOLDED) to PAPER, INK(FOLDED) -REPEATED – to COTTON(THREAD)”: for Catharina and Stéphane, composition is a language in itself. Enumerating the components, saying what is happening without describing its content. Staying on the fringe of meaning. Just below the level of narrative.

This economy serves an argument. It takes us with the necessary caution into the zone peopled with incommensurables, opened up by the tragic and obsessing event, which occurred in Japan in March 2011. What happened then is still happening now. Ever since, undesirable particles have been floating in the air and the earth has echoed with what it can do.

Disruption. Trouble. A trouble agent: an agent whose motives are unknown. Who causes disruption in an initially homogeneous environment. Who makes ambiguity evident.

Catharina and Stéphane’s installations respect this trouble. As we explore them, we do not go towards analysis or understanding. We enter into a field of disruption in which what is sought is the preservation and stabilisation of ambiguous states; precision in confusion. “Staying with the trouble” (Donna Haraway): that means simply “learning to let yourself be affected by the dense tangle of malaises and hesitations that “terrestrial” situations impose upon us” (Isabelle Stengers).

(*) The seismologist is Alexandre Schubnel, the anthropologist, Sophie Houdart, the two video makers, Véréna Paravel and Lucien Castaing-Taylor and the composer, Ernst Karel. The collective was set up on the initiative of Marc Boissonnade, director of F93

Whether Weather by Van Eelvelde Sautour is open for public from the 2nd of until the 25th of October 2014 at Trend Union headquarters; 30 BD Saint. Jacques in Paris, France. The gallery is looking forward to receive you from 2PM until 6PM from Monday to Saturday. 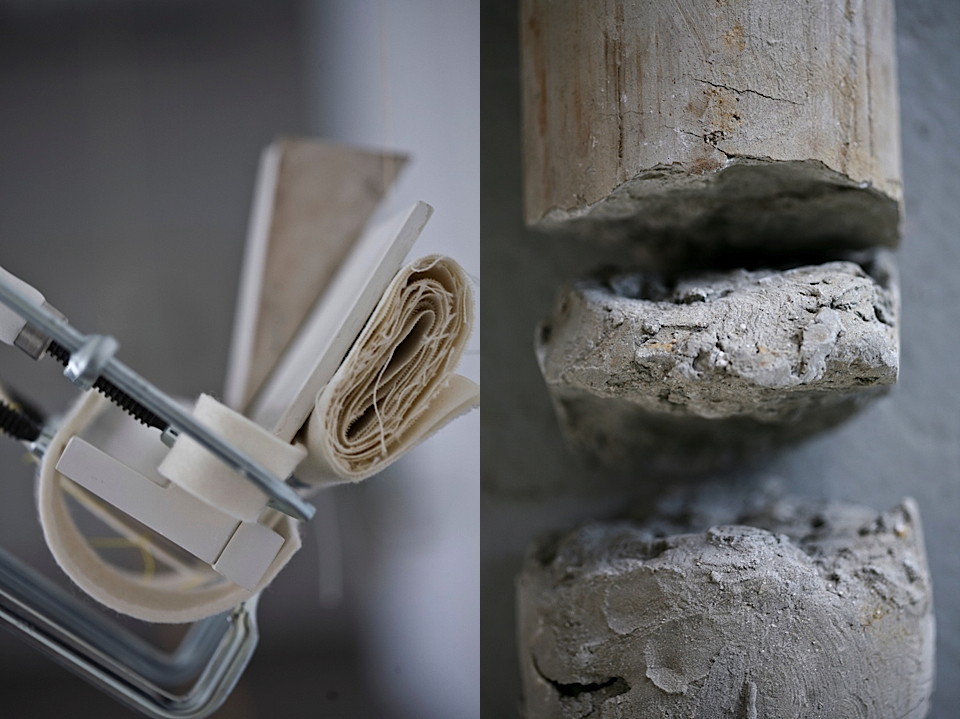