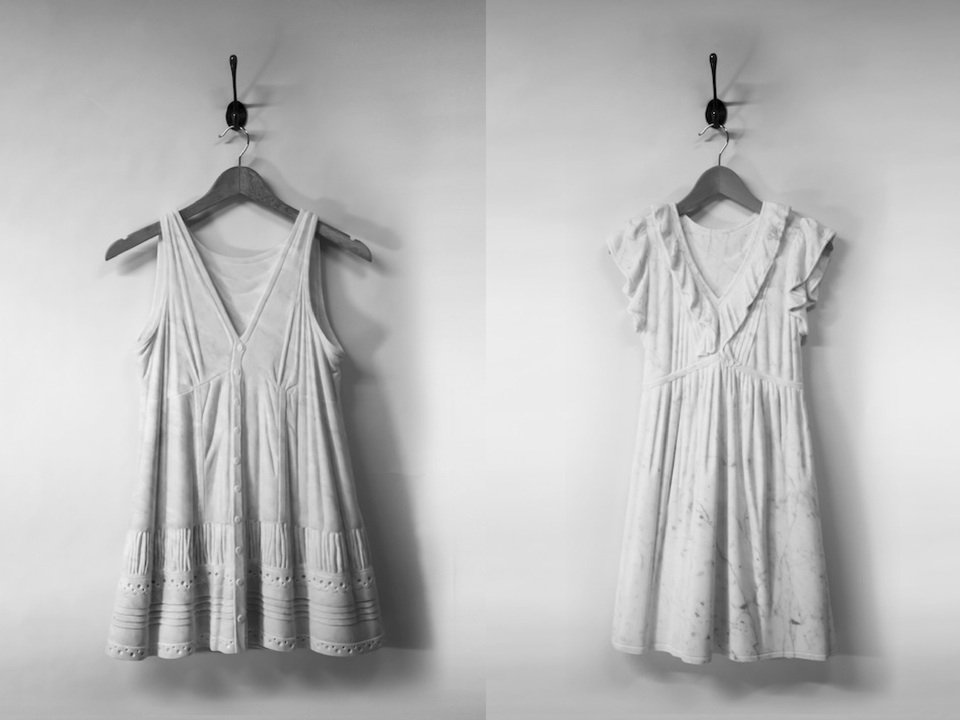 Marble owns the ability to exploit our vision and mislead our aerials. No wonder marble has been generating fascination and obsession for centuries due to its ability to make a flexible switch from one purpose to another. Marble; so strong and still so easy to shape and reshape. Expressive statues made out of marble from the Ancient Greece are able to capture the tactility of silk within their adamant density. Craved fabrics and costumes of the Roman Empire are loosely draped around age-old marble figures, capturing the magic of frisky textile better than any other material.

The preciseness in processed marble has led to new interpretations of visualizing the metaphoric limestone. Marble prints are used upon textiles and by using precious felting techniques poofs, chairs and cushions are marbleized. Marble is being softened and the already treacherous king of stones is continuing to fool around with our senses. Scotland based Alasdair Thomson is exploring the way fabric hangs and folds, and is attempting to capture that lightness and gracefulness in stone.

His work is rediscovering the idea and connotations we have with heavy and light materials. By turning their characteristics around, the works of Thomson are somewhat between sculptural garments and costumed carvings. His refined work is challenging us to touch it and even tickles our imagination, how will his stone garments hang around the curves of our human frames? It’s the lightness of his work that makes it grab our attention.

Thomson’s work is currently exhibited during on form 2014 at the Asthall Manor in Burford, United Kingdom. 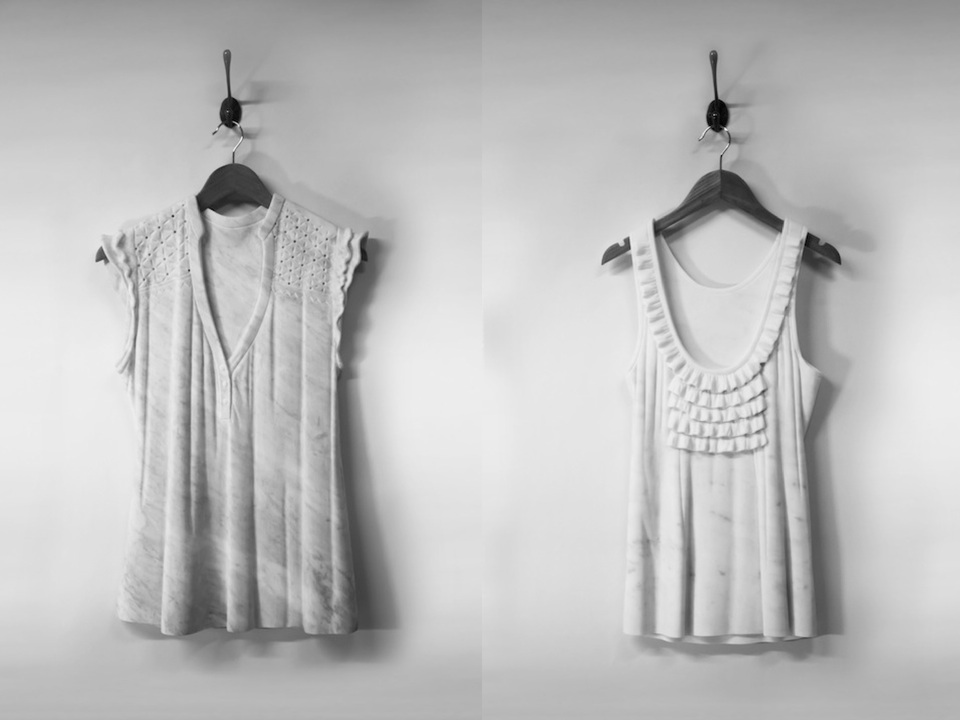