a village within a city

Within the next years a new anti-commercial and communal district will arise along the banks of the Spree River. The development, Holzmarkt, gives space for change and experiments in the innercity of Berlin.

Holzmarkt will be a unique cultural town on the former premises of the legendary Bar25 and includes an ecosustainable village for artists and craftsman, ateliers, public park, boardwalk along the Spree, hotel, ateliers, music studios, a club and theatre, a restaurant and kids club. The architectural language holds on to Berlin’s typical signature aesthetic of organic structures: ever- changing, artistic, informal and mismatched wooden constructions and facades, inside or alongside industrial surfaces.

The project is a pioneer in these changing times. The Holzmarkt will be a place in the city where all involved will be able to inspire other space creators who want to boost co-creation of ideas or business models but also tries to set a new standard and be an inspirational location for future projects similar to this one. With the idea of sustainism, where local collaborations and the sharing economy will be more and more important, the Holzmarkt could become a valuable contribution to the city of Berlin. It is an organically developed collective, on a local scale wherein the enormous diversity of the German capital is concentrated on one place within this bigger metropolis.

The city of Berlin has more confidence in giving space to bottom-up initiatives opposite to cities like London, Paris or Amsterdam. What other cities can learn from Berlin, is this more open attitude towards innovative ideas and initiatives. Projects like Holzmarkt are grown more organic instead of being placed top-down in the middle of a city redevelopment area. Berlin tirelessly evolves, fed by new energies that shape its surface, keeping its historical roots intact. As Karl Scheffler said, “Berlin is a city condemned always to become, and never to be.” 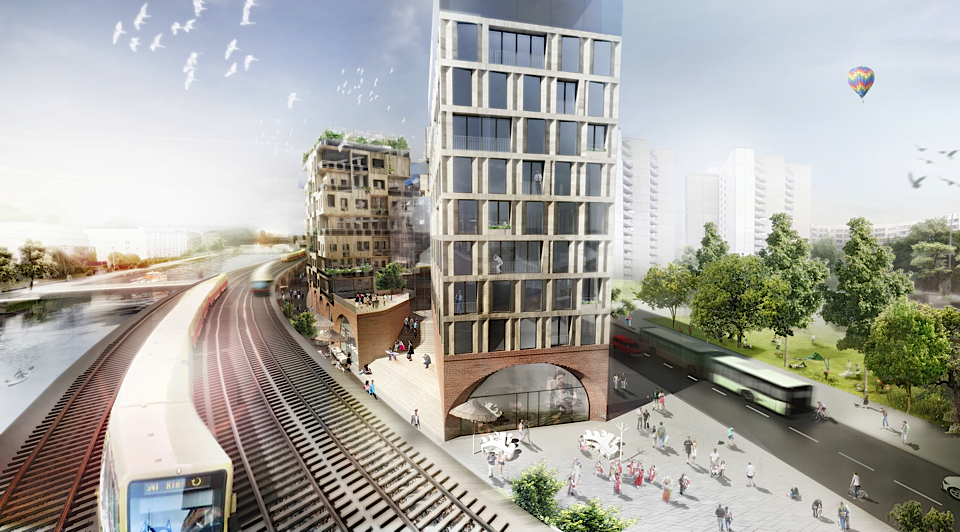