Is west the new east? 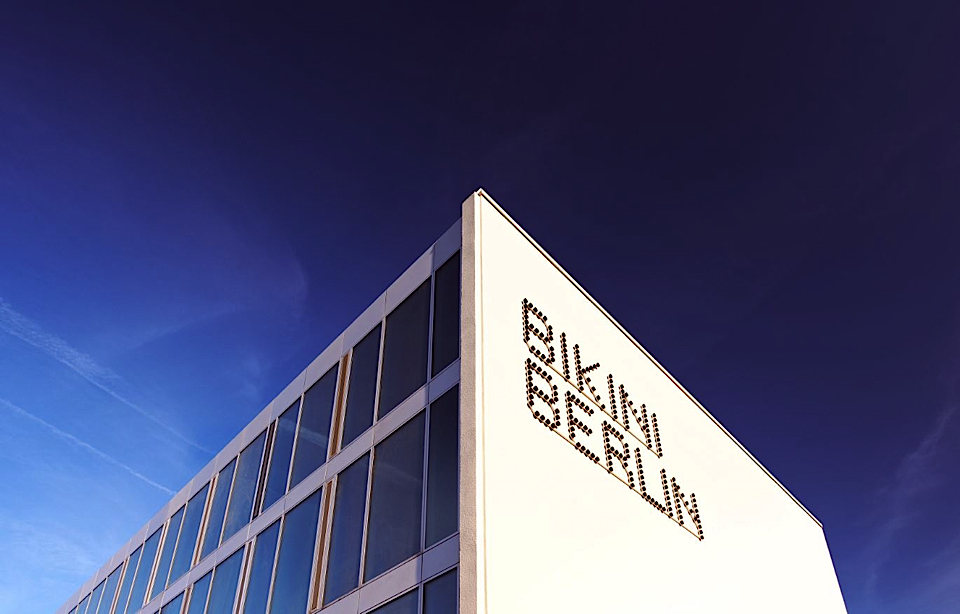 The last twenty years Berlin had this image of a city reinventing itself day after day – and had not, and did not want to have, anything in common with the grandeur of Paris or the glamour of London. It seems times are changing: a more international crowd finds its way to the German capital looking for upscale shopping, quality restaurants and luxurious leisure facilities. This crowd is now best served in the ‘New West’ – but still in a way which is true to that special Berlin flair.

The area around West Berlin’s Kurfürstendamm, the city’s answer to Paris’s Avenue des Champs Elysees, is in fashion again for the first time since Germany’s reunification as a young and international crowd finds their way from the trendy east to the traditionally more classical west.

Centerpiece of this movement is the rehabilitated Bikini complex, a cluster of buildings between Kurfürstendamm and the Zoologischer Garten. Although the facades are rather dull, these iconic buildings are in fact one of the few preserved contemporary witnesses of Berlin’s turbulent history during the post-war period of the 1950s. The group of buildings is now converted into a ‘urban jungle’ containing an edgy mix of stores including a new concept store branch by Andreas Murkudis, a roof-top park, restaurants, a cinema, entertainment facilities and the 25hours Bikini Hotel.

The name Bikini Berlin comes from the name Bikinihaus, which is how local Berliners affectionately christened the building in the 1950s. An open-sided storey framed by columns on the second floor once separated the building into one upper and one lower area. For the Berlin locals, the two-tier architecture, which today is fully glazed, reminded them of the daring new swimwear fashion of that time, the bikini.

Shining star of this ‘city in within a city’ is the 25hours Bikini Hotel. A typical Berlin mismatched interior by Werner Aisslinger fills the spaces and infuses east Berlin flea market chic into the commercial centre of the west: industrial exposed concrete, vintage finds, soft sofa landscapes, hundreds of plants and hammocks – a discordance that makes Berlin what it is. It’s location recalls another typical Berlin phenomenon as well: nature meets culture. The Zoo and the huge Tiergarten park are based on one side of the hotel and the city and it’s cultural facilities on the other.

The Berlin-based studio Aisslinger conceptualised the 25Hours Bikini Hotel in close collaboration with other local influencers: he invited the duo Bless to create a chill-out corner, worked together with set designer Sybille Oellerich to decorate the rooftop bar and asked publisher Gestalten to set up shop in the lobby. In this way, the hotel becomes a flexible, inspirational and sustainable urban retreat where visiting guests and Berliners alike can mingle and chat. 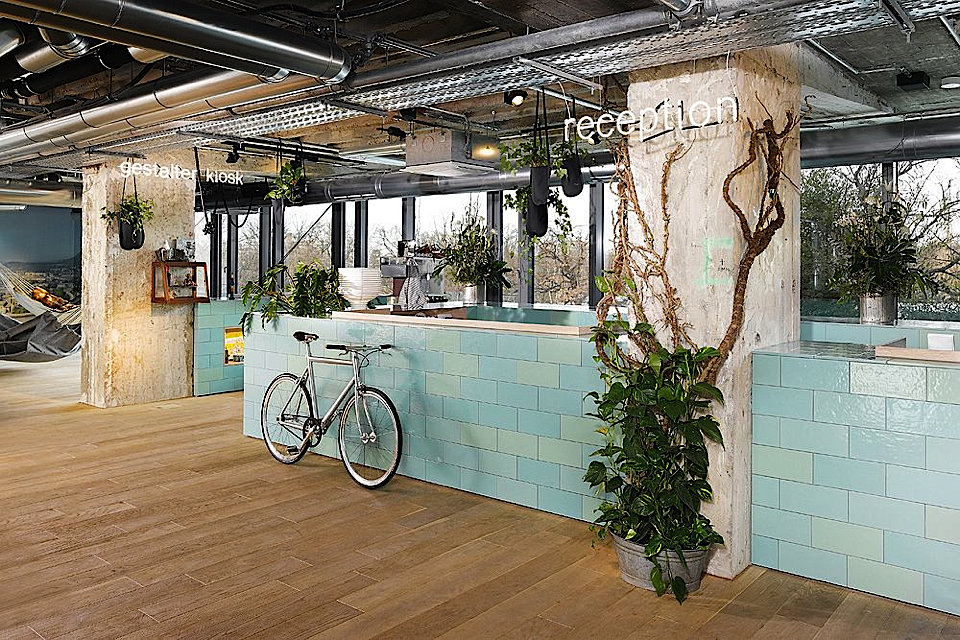 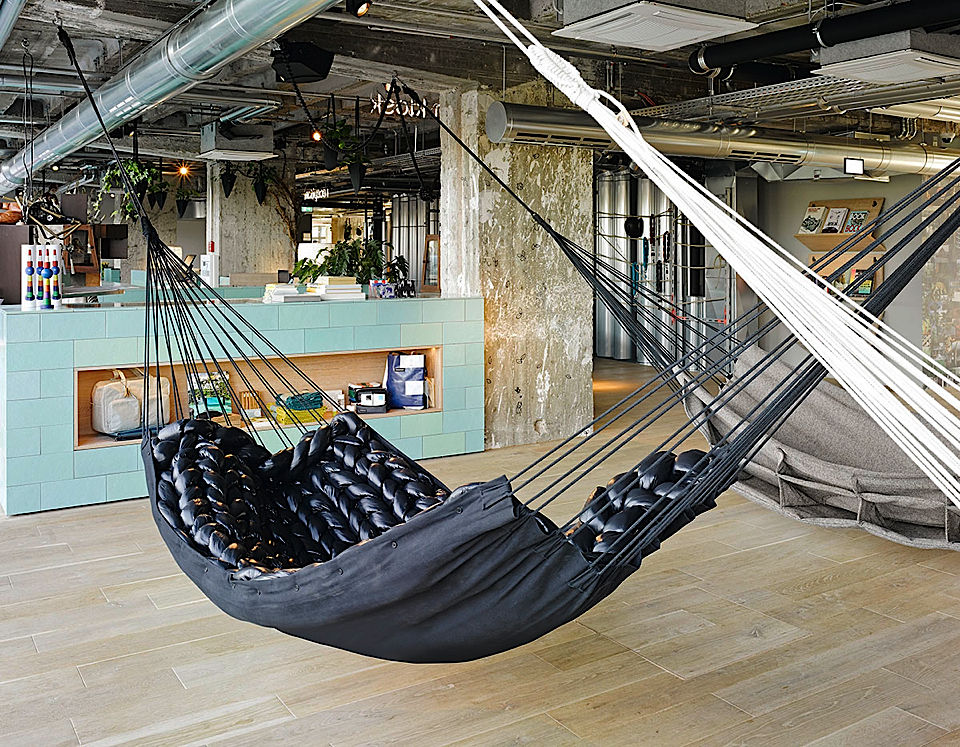 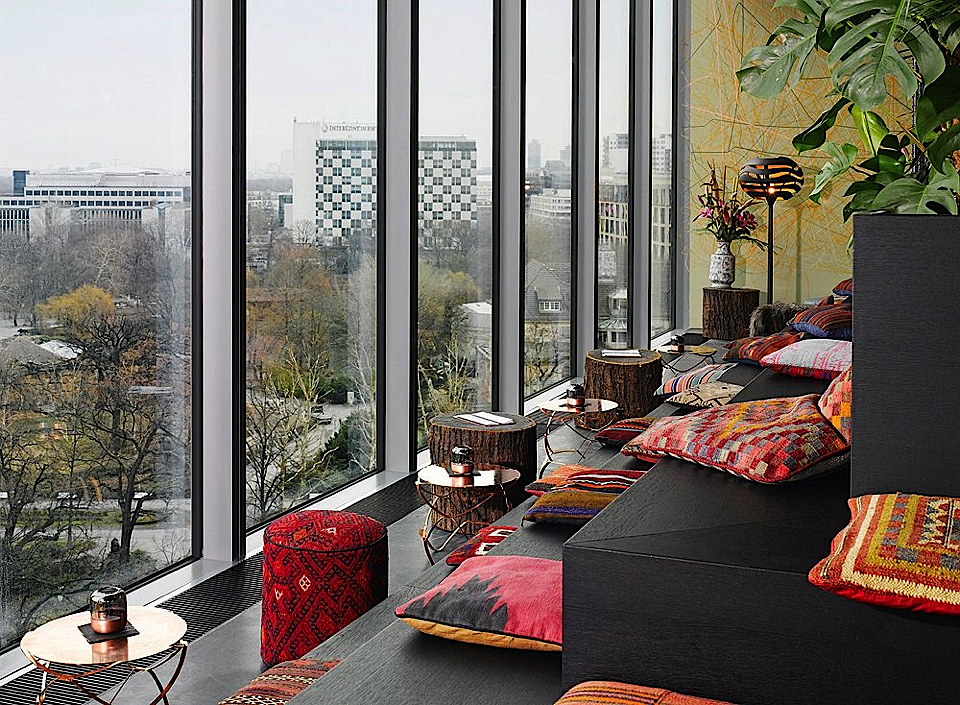 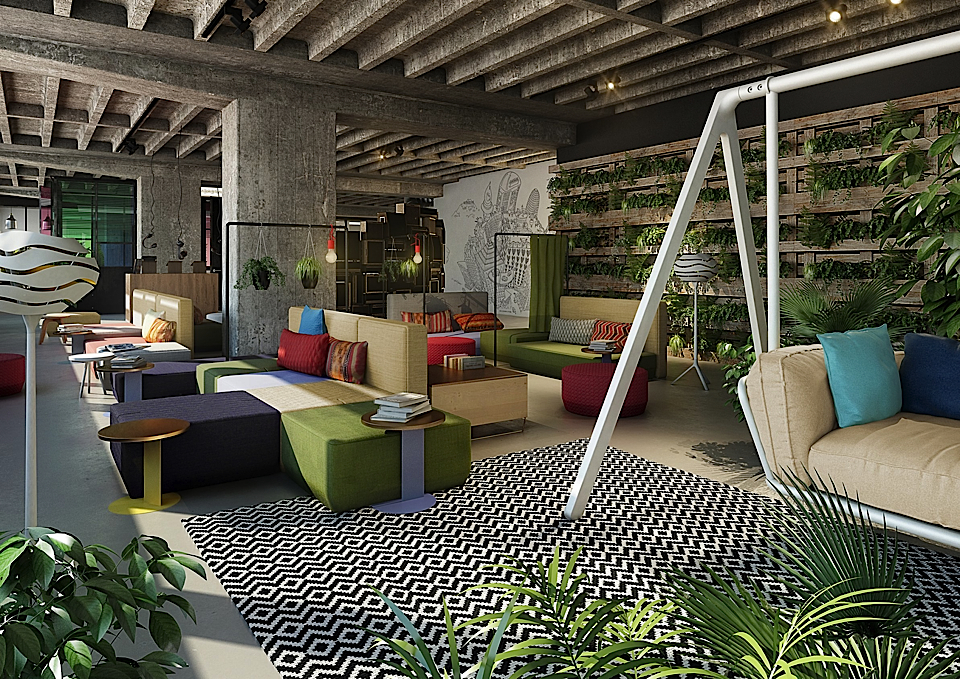 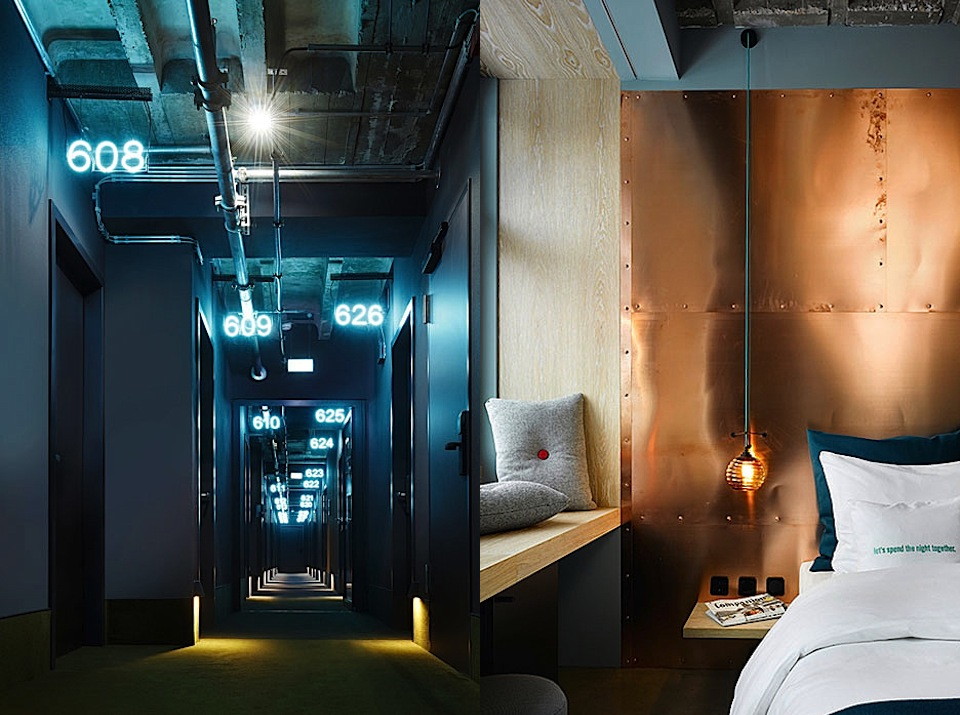