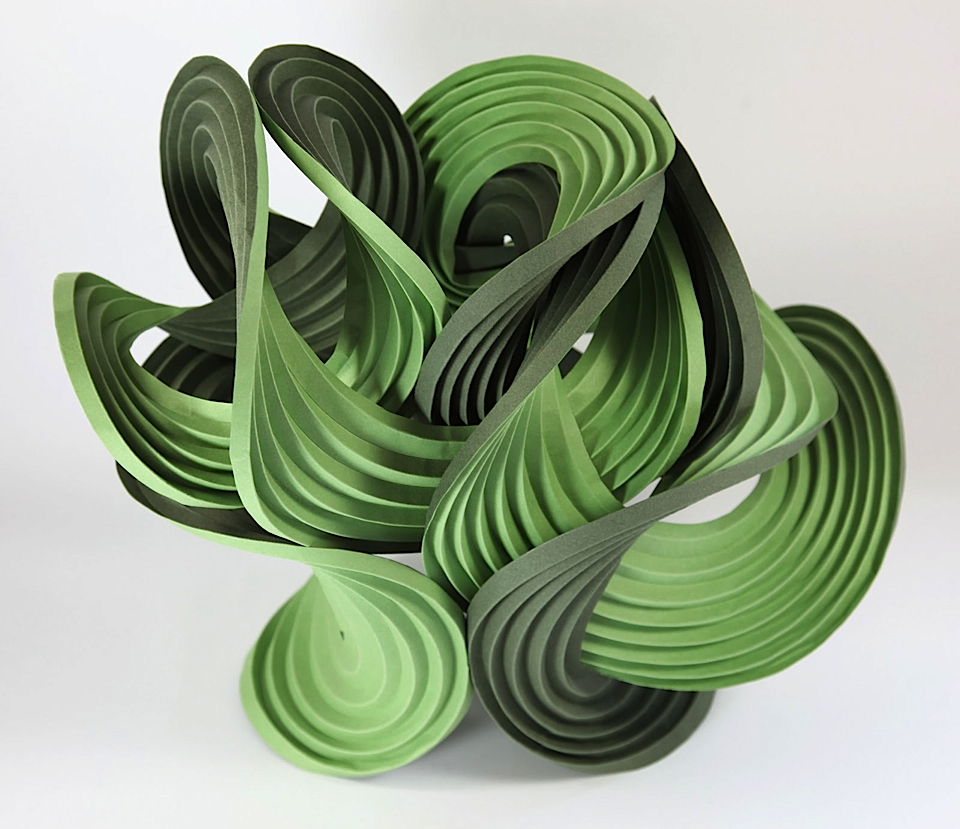 The shortest distance between two points is a line. Or is it a curve?

Geometry has long been a driving force behind the Issey Miyake line — a brand that consistently blends new technologies with traditional techniques to create its signature style, which could be described as elegant futurism. Look back at the Fall/Winter 2010 show inspired by mathematician William Thurston where creative director Dai Fujiwara paid homage to the beauty of random geometry, even inviting Thurston to take a bow at the end of the show.

Under Miyake’s new creative director Yoshiyuki Miyamae the Issey Miyake Fall/Winter 2014 show echoes the flavors and textures of collections past, while using new techniques of hand-pleating on the curve reminiscent in the work of Martin and Erik Demaine.

Martin and Erik Demaine, a father-son duo from MIT and artist in-residence and professor of computer science, respectively, are creating waves that seem to be rippling through the fashion world. The Demaine’s combination of applied mathematics and origami (which translates to ori meaning “folding”, and kami meaning “paper” in Japanese) results in beautiful complex forms that appear to be undulating in motion while remaining completely static.

The stunning forms that emerge from the mathematical relationships in their work underlies the realization that mathematics is an art form. Their sculptures have been exhibited at galleries and museums around the world and can be found in the permanent collection of the Museum of Modern Art (MoMA). Martin and Erik Demaine were named 2013 Guggenheim Fellows for their origami works in materials ranging from paper to metal, wood and plastics.

One wonders if the Issey Miyake team has been spending time at MIT ?

Alexandra Stein is an artist, illustrator and designer working in book publishing, fashion and beauty in California and New York. You can follow some of her adventures here. 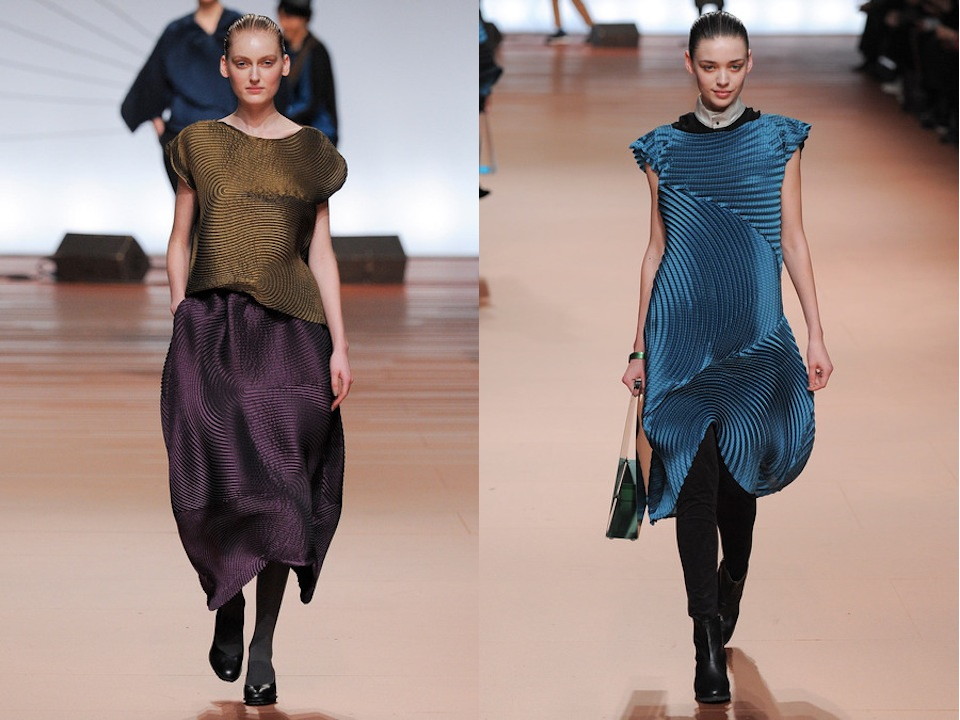 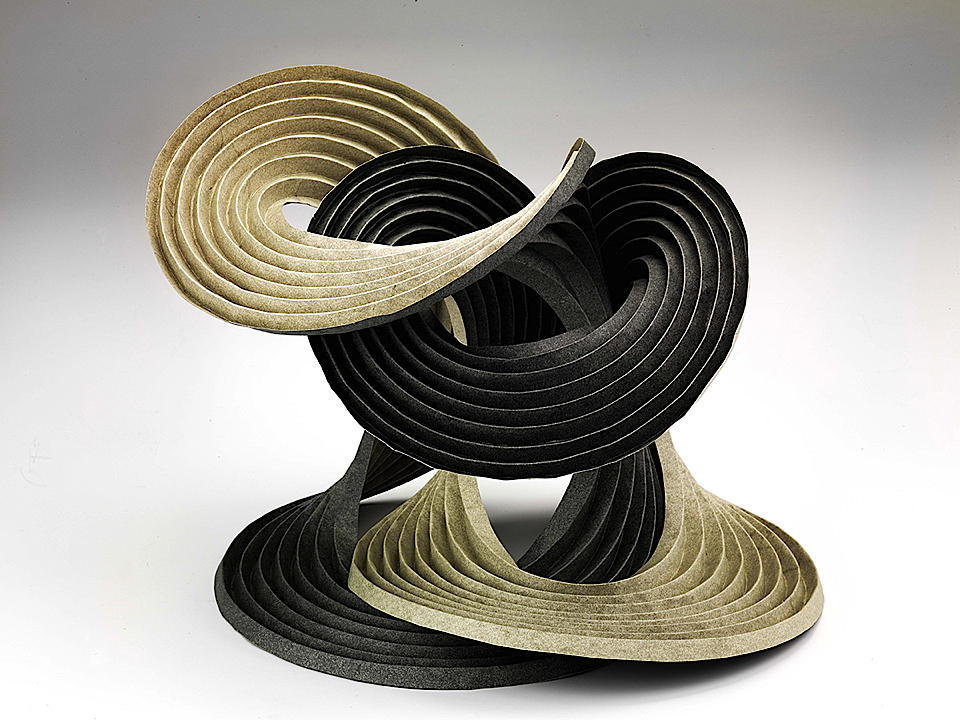 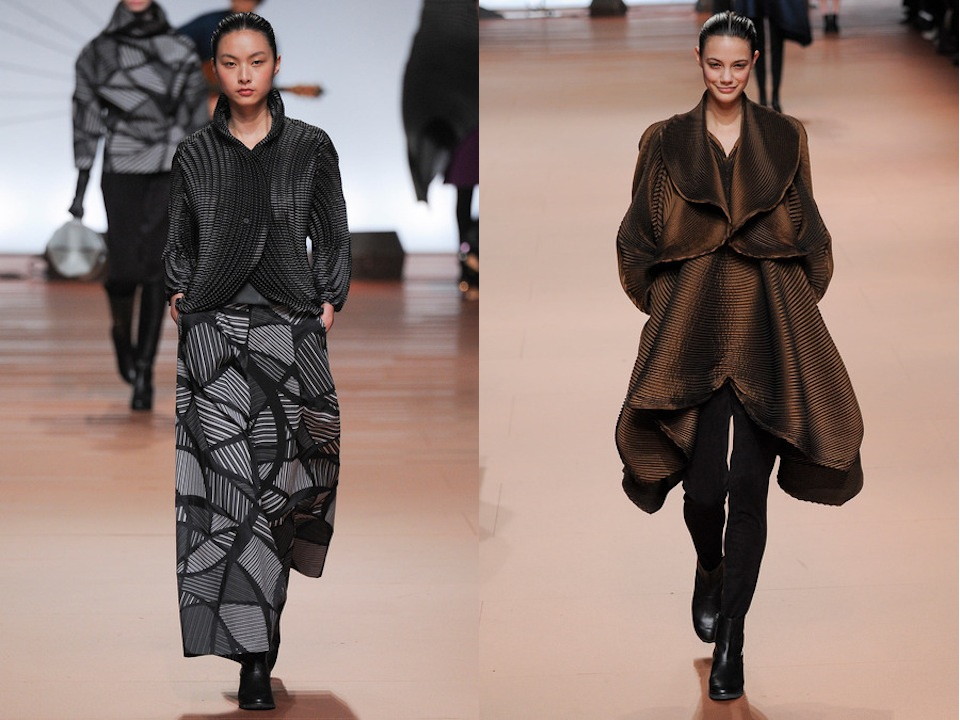 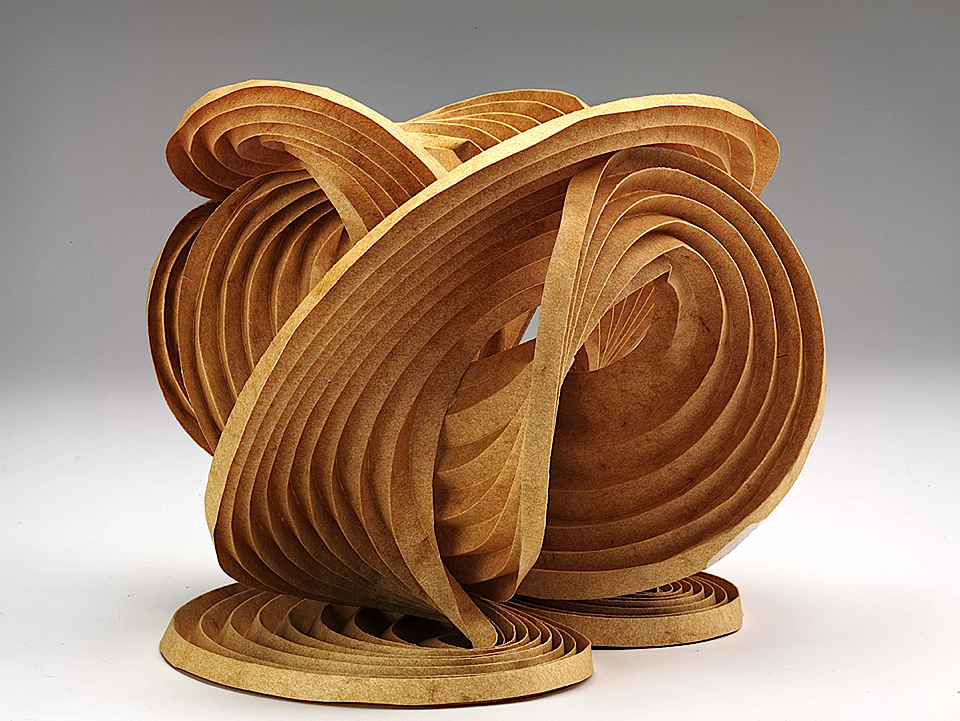