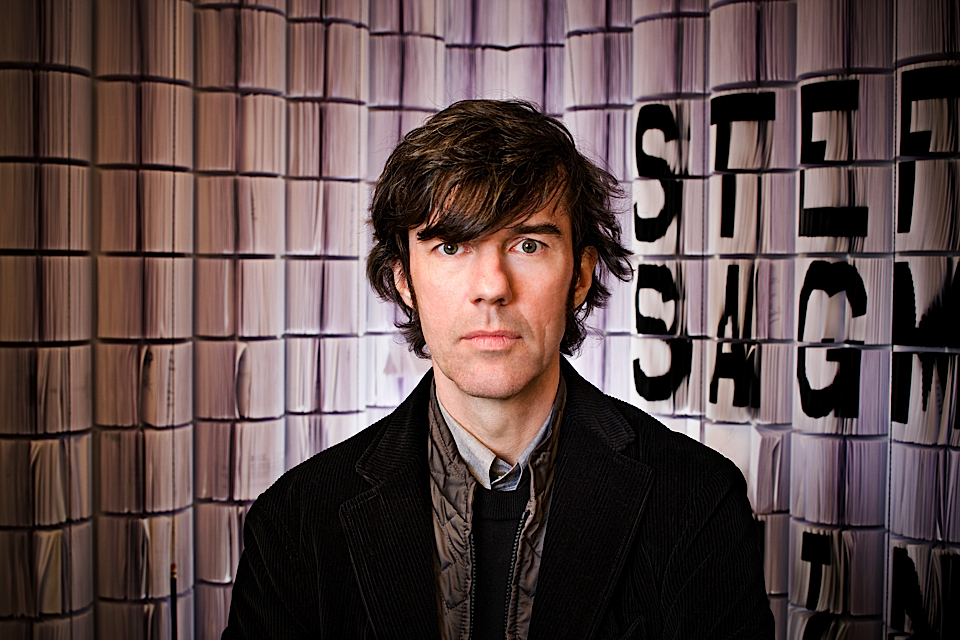 Happiness seems to be one of the most controversial topics of today. Whereas before more materialistic minds would consider money as the ultimate goal in life. Nowadays happiness is the ultimate perfection, and when you haven’t reached that ultimate form of happiness, you better start taking action to uplift our hearts. The article “ Why Generation Y Yuppies Are Unhappy”, which got published in September 2013 by the Huffington Post caused an intense debate amongst young professionals. Whether people agreed on the article or not, this happiness issue is definitely a sensitive subject.

The Happiness Show by Stefan Sagmeister – born 1962 – features his personal hunt for “le Bonheur”. Mr. Sagmeister is neither a psychologist, nor a philosopher but he is a graphic designer. Austrian born artist runs his own graphic company Sagmeister & Walsh in New York where he designed covers for the Rolling Stones as well as branding, packaging and graphics for the Guggenheim museum and Time Warner. While taking a sabbatical year in Indonesia, which he initially wanted to dedicate to making furniture, he decided to work on a documentary simultaneously. Although mister Sagmeister is a reasonable happy person himself, he has been fascinated by: If he could train his mind to be happy, the same way one trains one’s body. “The Happy Film” was born.

Entering the exhibition an upbeat and stimulating sound is surpassing the noise of the many visitors in the Parisian Gaité Lyrique. Energetic yellow walls dominate the overall atmosphere and handwritten texts humorously indicate were the restrooms are. The introduction text explains that this exhibition is not made to help becoming a better or happier person but instead it should help the visitors get a better understanding of the concept of happiness.

On the lower level the exhibition continuous with statistical facts about happiness – couples with kids are equally happy to those without kids and marriage actually does increase happiness. All of the information is designed with Sagmeisters’s signature. The dialogue between the playful design of the exhibition and the psychological research to happiness makes this exhibition unique and incredible interesting for all visitors. A crowd is waiting in front of the gumball machine installation which challenges visitors to twist the machine with the number on it that indicates their happiness, I decided to look for my luck at machine number seven, no gumball rolled out.

The exhibition continuous with more facts about happiness, illustrated with photographs, interactive installations and film screenings of Sagmeister’s documentaries and graphic illustrations.

I’m certain that every person has once woken up with the resolution to be nicer to our fellow human beings; the girl behind the counter at the supermarket, the bus driver or your colleague. In the first part of the documentary “the Happy Film”, Sagmeister explains how he had run after a lady exiting the subway. Incredibly impressed by her appearance, he had told her she’d looked outstanding. He could see that the comment had moved her and he had probably made her day. Many years later he’s demonstrating a similar situation where he tries to flatter random people walking by on the street. With a flower in his hands he’s spreading compliment after compliment, obviously without success. Maybe we can only make others truly happy in indefinable situations or at least if the moment is uncontrolled?

In second screening we can see Sagmeister’s participation in a meditation course in Indonesia. With his entertaining voice and choice of words he explains how much he’s suffering from his backache during the meditation sessions. The breaks within the sessions are his happy moments as he’s finally able to stretch his back.

Throughout the exhibitions phrases like “drugs are fun in the beginning but become a drag later on” are painted on the wall. His casual and fresh way of writing that almost can be interpreted as poems. Sagmeister expresses the idea that happiness can be found in different situations depending on your personality. More money doesn’t always generate more happiness and becoming happy is definitely something you can work on but admitting that you’re happy already is a major step in life.

The exhibition is on until the 9th of March in the Gaité Lyrique in Paris for the first time on the European continent after having travelled through the U.S.A.

Stefan Sagmeister will be one of the speakers at the INDABA DESIGN conference 2014, which will take place in Cape Town, South Africa from the 28th of February until the 2nd of March. 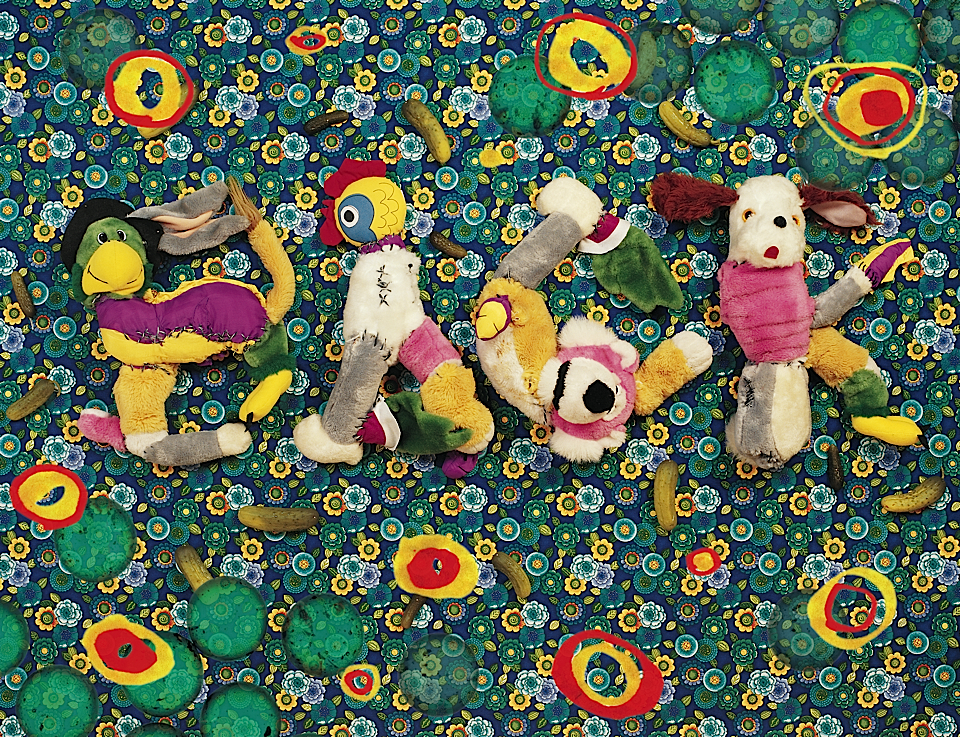