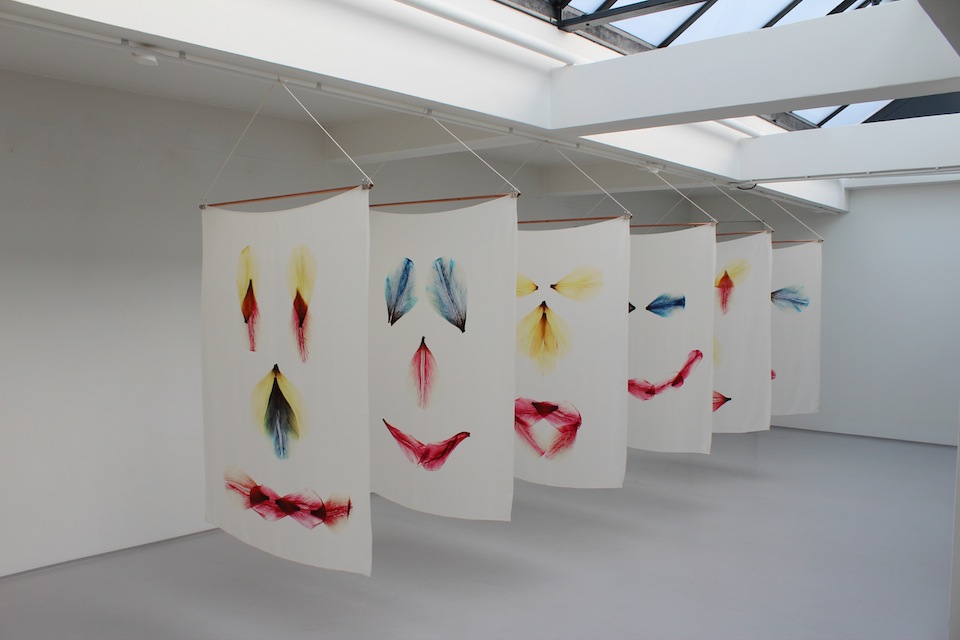 ‘Faces’ is a new photographic series of natural-dyed tulip petals by Dutch designer Hilde Koenders. Digitally printed on silk, these abstract faces were presented during Dutch Design Week 2013 in the form of hanging banners to celebrate the 400th anniversary of the tulip in the canals of Amsterdam. The flower was introduced in Europe from Turkey and during the Golden Age, bulbs were traded at such excessively high speculative prices that “Tulip Mania” lead to what many refer to as the world’s first burst economic bubble.

Koenders has returned to the symbolism of the tulip a second time. In 2005, graduated with ‘Bleeding Til Death’ at the Design Academy Eindhoven; an endearing installation in which the designer nursed cut blooms in hospital beds, their stems connected to a make-shift transfusions, poetically illustrating nature’s transition from life to death. 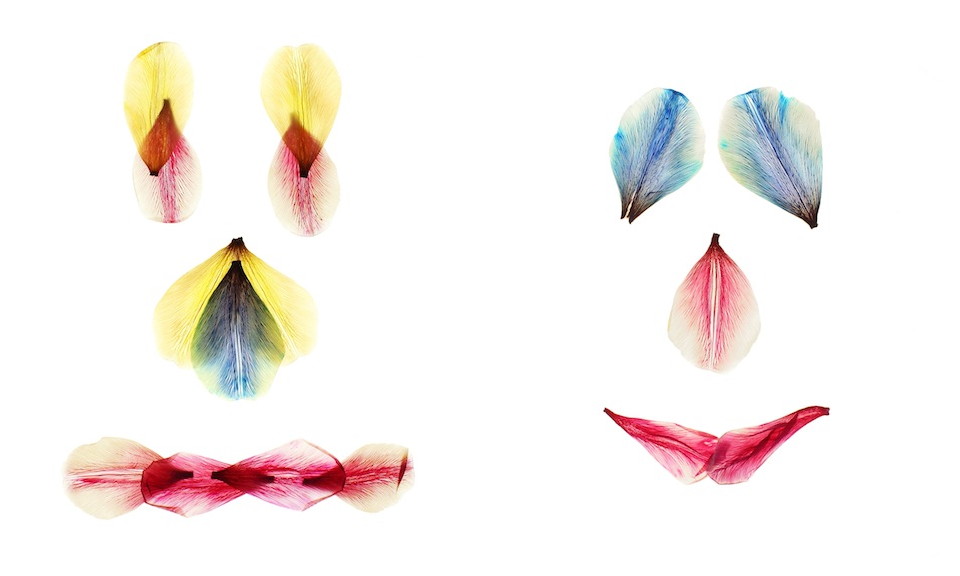