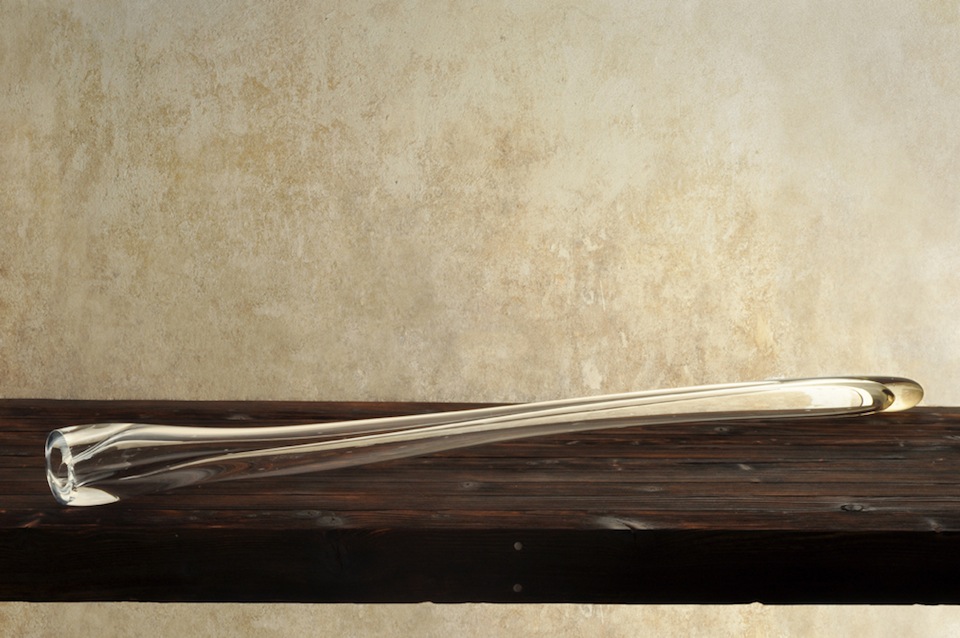 Philipp Weber was born in Munster, Westphalia in 1987. During his studies at the Design Academy Eindhoven in the Netherlands he explored various media and materials, always fascinated by language, music and craftsmanship.

In ‘Creation of a strange Symphony’  Weber portrays the performance of a glassblower using a new and unusual tool.

Pivotal to this work was Webers desire to discover the world of a glassblower. In Belgium he was able to watch glassblower Christophe Genard working with the hot material. The designer questioned himself, ‘How can I inspire his interest to work with me?’. Genards most important tool, the blowing pipe, caught Webers attention. In the past 2000 years only minor alterations have been made to the 1.5m long steel pipe, with no effect to the material. ‘What would happen to the glass, if the function of this tool radically changed? How would Christophe adapt to a new pipe?’.

And so, by manipulating the pipe, he took influence on the inner shaping of the glass.

Simultaneously to this process, Weber also sensed a strong rhythm and musicality in the way Genard was working on the glass.

The pipe as a tool for glass production, appeared to be like a musical instrument to him. He could not resist the idea to translate the mechanism of a trumpet into an application for blowing glass. Together with an engineer and the knowledge from preceding experiments for a new tool, he worked on an ‘instrument’– an allegoric bond of craft and music–, inspiring Genard to ‘improvise’ the glass, to start a dialogue with the material. Playing the valves, Genard would shape the glass from inside, activating different air streams.

The transformation of the pipe into an instrument provoked a performance of glass making. A short-movie, several glass objects and the instrument itself communicate this dance with the fire.

The musical rhythm of the glass workmanship emerges and unveils a new facet. An old craft can be experienced with a new sensibility and poses the question how design can change well-known patterns and processes without destroying the essence of the craft.With A Strange Symphony, he received the DMY Berlin New Talent Award 2013. 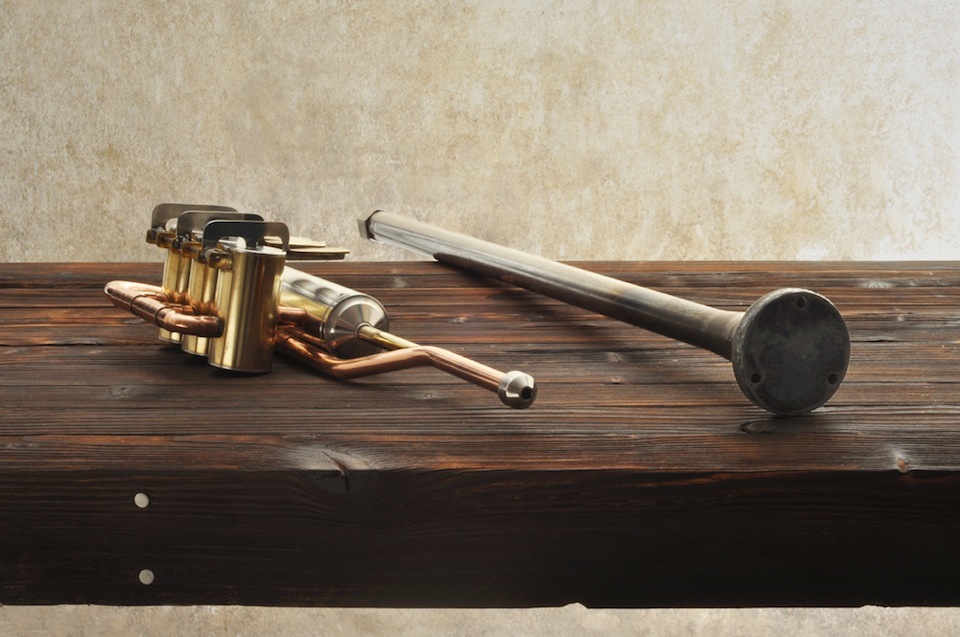 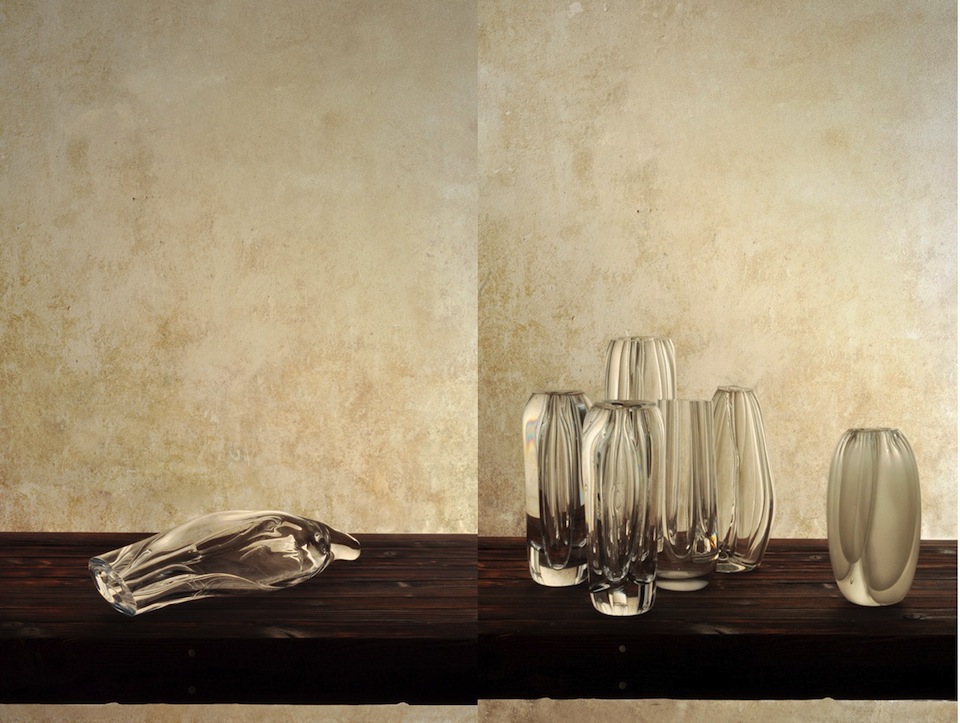 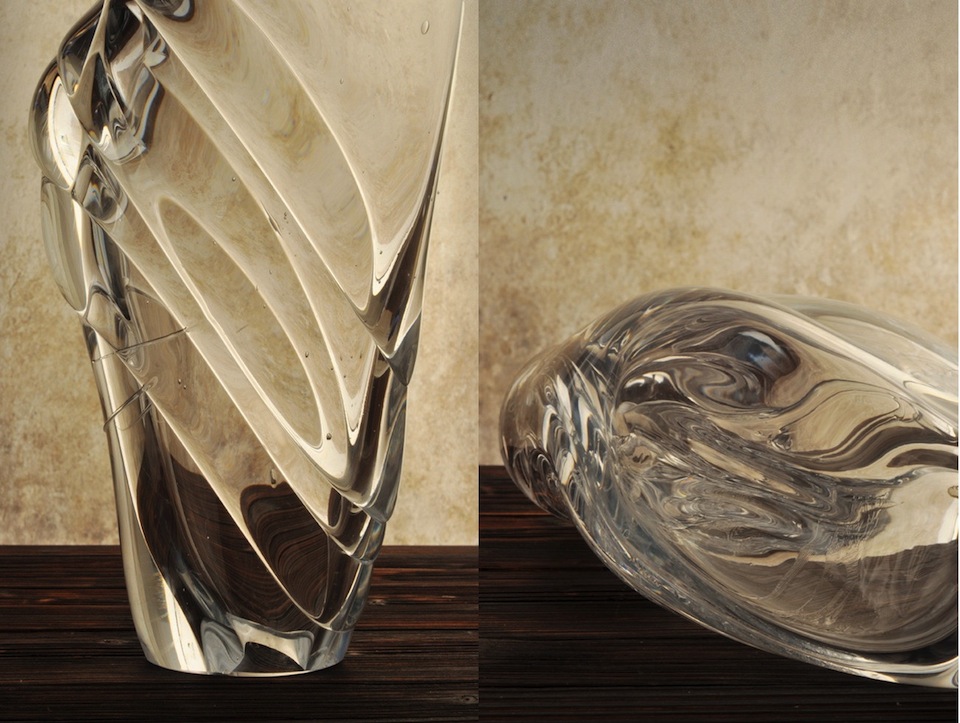