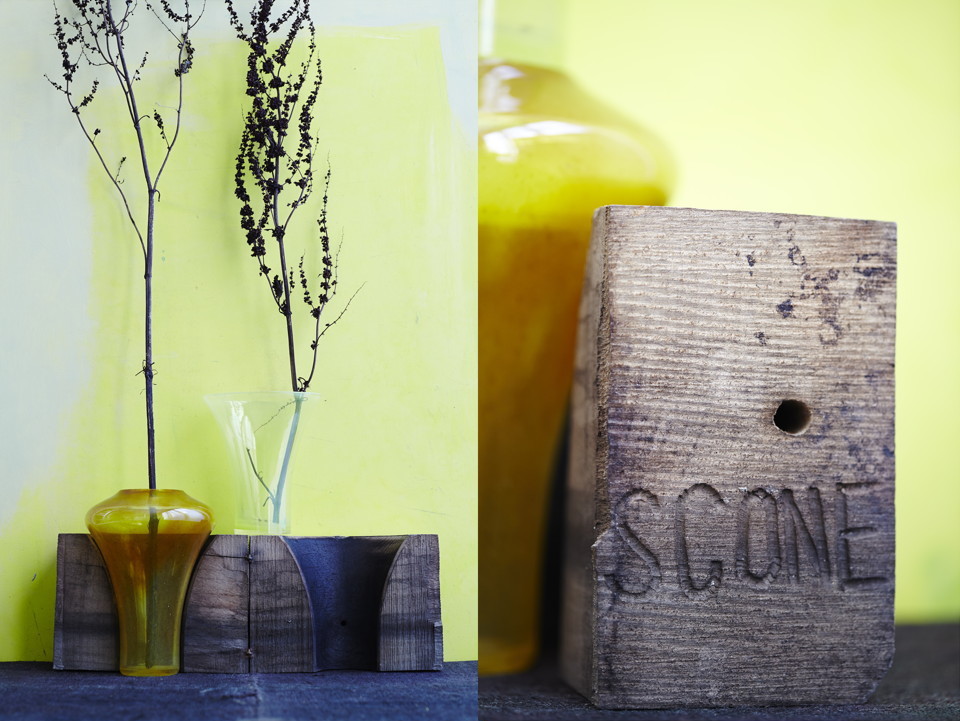 Alexa Lixfeld is a design studio, consultancy and production company, based in Hamburg, Germany. Set up in 2008, its portfolio ranges over a great variety of projects, from tableware and cashmere products to children’s dolls and a fragrance. What these projects have in common is that they reach far beyond the strictly commercial: the limited series and one-offs that result from Lixfeld‘s interventions are first and foremost meant to be statements, processes and experiments where interaction is central, where new relationships are woven, and where the improbable is more than possible.

The present series of glass pieces, GlassWood, which was premiere in Milan in April 2013, perfectly fits Lixfeld‘s approach. The glass elements were handmade and mouth-blown in a workshop in Novy Bor, a small town in the Czech Republic, between the Lusatian Mountains and Central Bohemia, famous for its history of glass production. The glass tradition still survives in hundreds of small factories in the surrounding villages. When confronted with their techniques, Lixfeld decided to celebrate them by combining the glass with the wooden molds that lend it their form in the blowing process.

“I was struck by the relationship that grows during production between these beautiful oak molds and the hot glass, each leaving its mark on the other,“ says Lixfeld. “Upcycling and working with existing forms has always been a point of interest to me. These molds, just fuel for the kilns after they were discarded, had a beauty of their own, which is never seen. Keeping the glass pieces and their molds together once the production was over offered me an opportunity to put that beauty on display. It also provided a much greater tension to the glass, because of the contrast in texture between its shiny and colorful skin and the worn out appearance of the mold. It equally gave me the opportunity to show the process that led to the finalized product.

Our production has always been non-industrial, away from the standard and norm. GlassWood is no exception: each duo comes a perfect couple, with a unique identity. I re-use an old mold to serve as a base for one glass object. It creates a unique mold-glass combination, and you cannot have the same coupling twice.”

Lixfeld sees her work as an open process, a collaborative action that allows for coincidence and surprises, incidents and accidents. In the GlassWood project she had her project guided by objets trouvés – the molds that she found and used untouched- and the craftsmanship of the artisans by whom the glass objects were blown.

“I chose the color of the glass, and decided where and how to cut it, but after that the project became an interaction with the surroundings, finding potential in what was given, working hands-on with the artisans. My work is essentially about bringing together what is already there, but which remained disconnected. A great number of designers start from scratch, and then define the product in every detail. If you take that as a norm, I’m less a product designer than a process designer, a curator and facilitator, someone who makes things possible.” 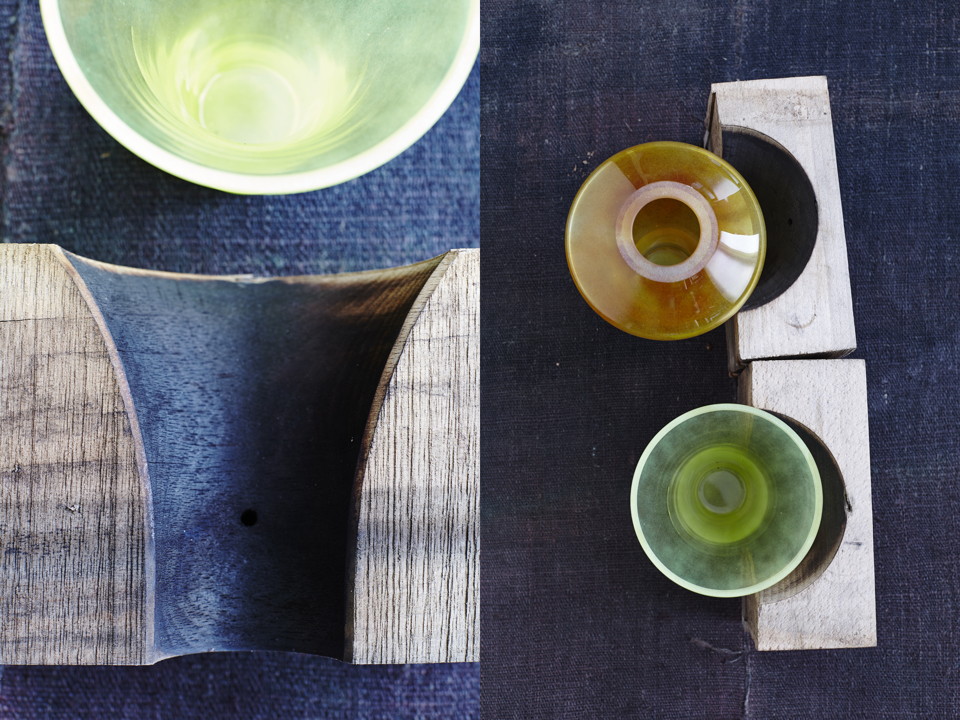 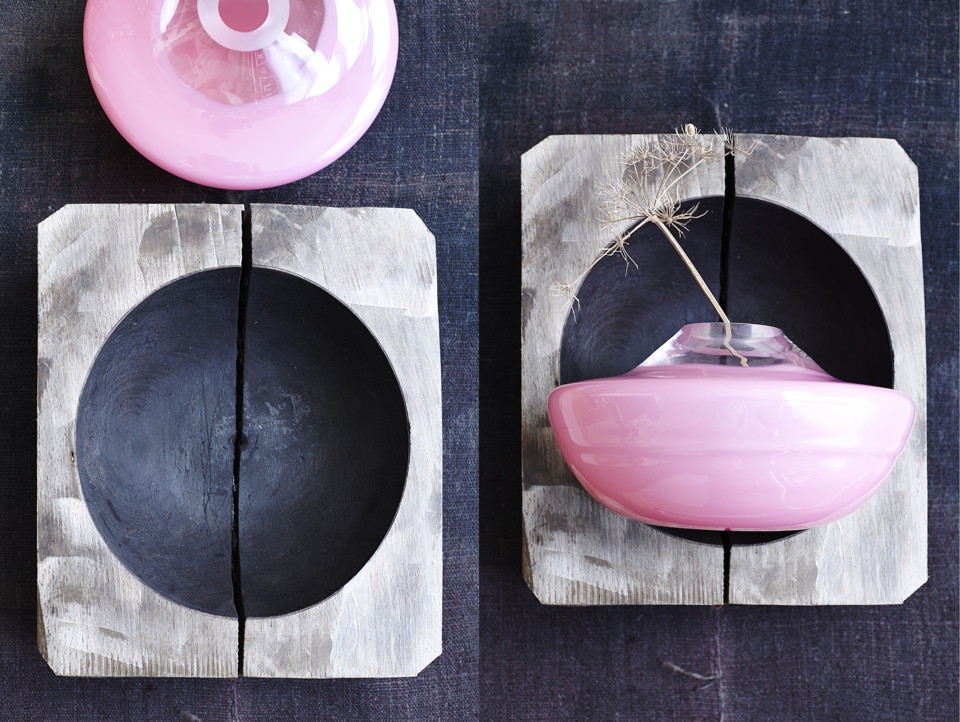 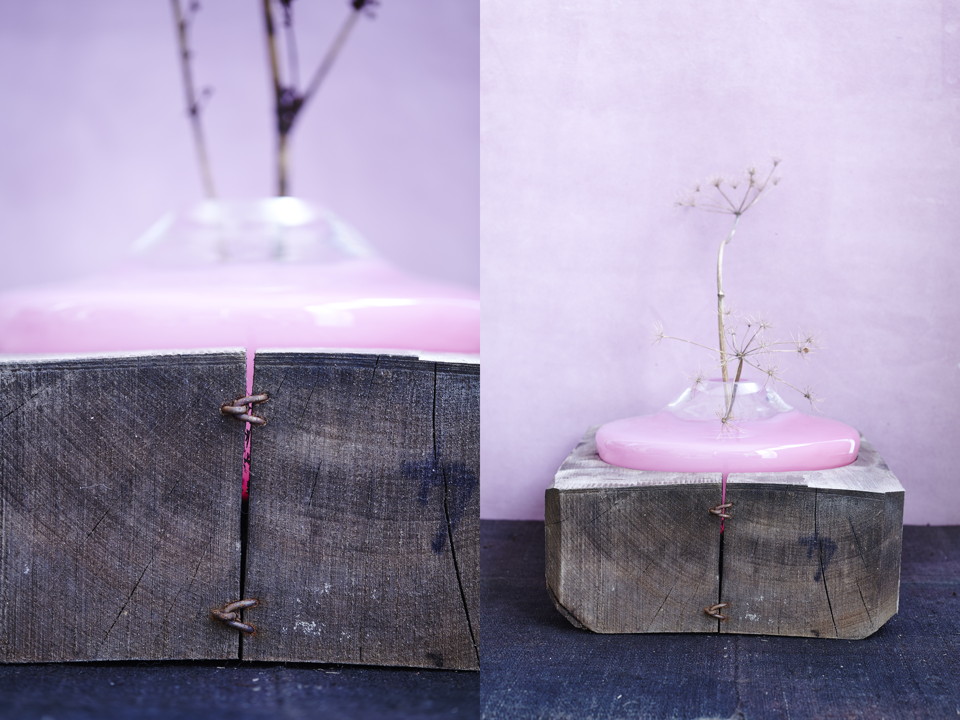