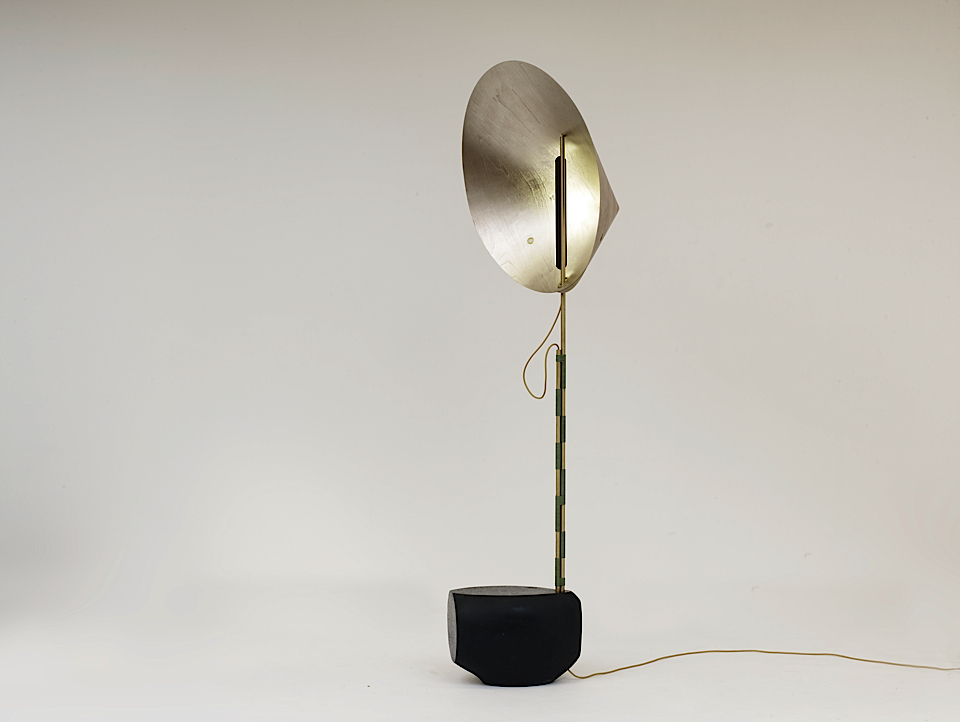 The new lighting collection of Studio Wieki Somers (Rotterdam) brings the pleasure of its evidence and oddity. As we move closer to the collection, the glowing figures become familiar—a familiarity in which we recognize the other. This sensation is not conjured by our everyday lives or background, but by our imagination and fascination for the otherness of a foreign culture, which seduces us as well as subdues our judgment. It is not the easiest form of seduction.

Larger than us, the seven floor lamps united under the name ‘Mitate’ fill and protect the gallery space, acting as flamboyant samurais. In Japanese, ‘mitate’ signifies the perception of an object in a non-habitual way, to contemplate an object as if it were something else in order to renew its meaning and experience. An essential part of Japanese culture, the ‘mitate’ principal was a cornerstone of ikebana art. In Western culture, Alfred Stieglitz taught us how to look at clouds with his photographic series Equivalents (1922–1935). Equally, Robert Fillou (known for his travels in Japan) stated, “Whatever you think, think about something else. Whatever you do, do something else.” It is tempting to add in this context: “Whatever you design, design something else.”

Since 2003, Studio Wieki Somers has personalized this philosophy in order to invent a breathtaking design practice, reworking the concept of ‘magic realism’. Often inspired by ancient or mundane customs, its creativity imbues fantasy into the most common objects, promoting an enchanted perception of our everyday life. A bathtub becomes a small boat (Bathboat, 2005); a teapot is concealed by a rat’s skull (High Tea Pot, 2003); a coat rack in a Museum becomes an interactive merry-go-round (Merry-go-round Coat Rack, Boijmans van Beuningen Museum, Rotterdam, 2009). Its previous lighting creations are wrapped in the same spirit: the ceiling light Bufferlamp (2002) emits the golden blaze of a harbor at twilight; the iconic Bellflower (2007) is weaved from only one strand of carbon and glass fiber; the frosty pieces from the Frozen in Time collection (2010) are instantly refreshing.

With Mitate, a game is played between the simplicity of the lamps and the sophistication of their Japanese forms, inspired by trips to Japan in 2011 and 2012. From this travel and through research of local craft knowledge, Studio Wieki Somers collected sensations, materials and images.

For instance: the enigmatic XVIth Century Samurai flags whose designs identified clans and demonstrated their unique powers, the production and use of which was a highly ritualized affair (Jin, Fabric Lamp). Wieki Somers writes, “We wanted to create a contemporary equivalent of sixteenth-century Samurai flags translated into ‘light poles’ – a family of lamps.” Other inspirations for the Mitate collection include the fabric used by geishas to protect the light color of their skin from the harshness of the sun (Chuugi, Black Hole Lamp); the stone gardens re-enacting for the pleasure of the eyes the intensity of the world (Gi, Cord Lamp); the traditional doll who seems to be juggling with her hats (Rei, Shields Lamp).

Shown together and reflecting off another, each of these lamps possesses its own identity, displaying its specific surface, shape and chromatic colors while proposing a unique combination of technology and artisanal craft. What’s more, each of these light totems illustrates one of the seven principles of the bushido samurai code of honor, from which they are named*. The materials of each lamp are chosen with care. Whether reflective or mirroring, absorbing or translucent, each material creates a distinct lighting style. The lamps are created from two different kinds of bases. The first is a base resembling a traditional tokonoma altar, creating space for the organization of different objects; the second is made from polyester concrete with its edges carefully sliced, revealing the texture of the stone.

But let’s not dwell on the matter any longer. The mitate effect is lurking. “Whatever you read, read something else.” 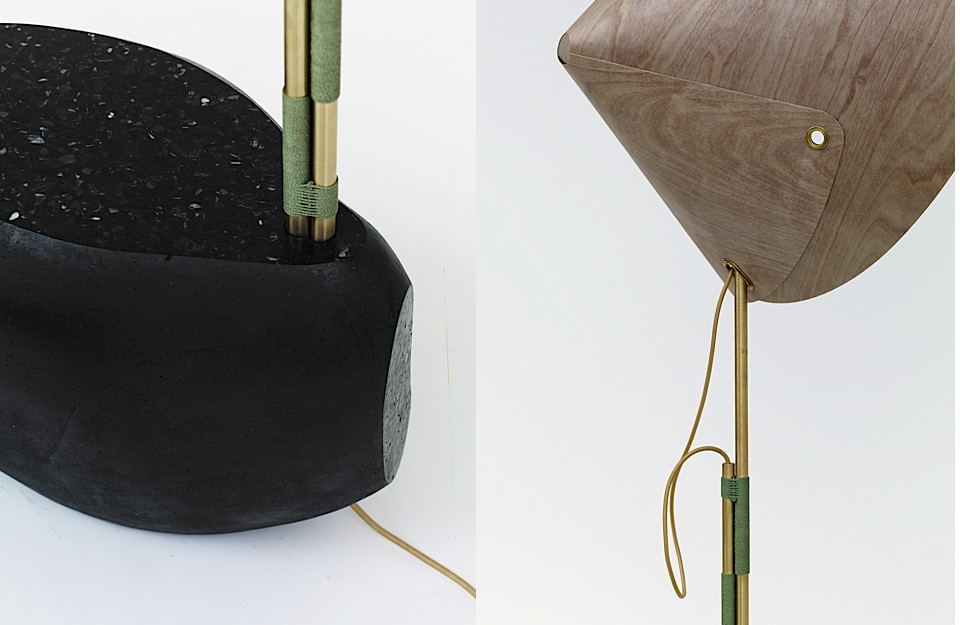 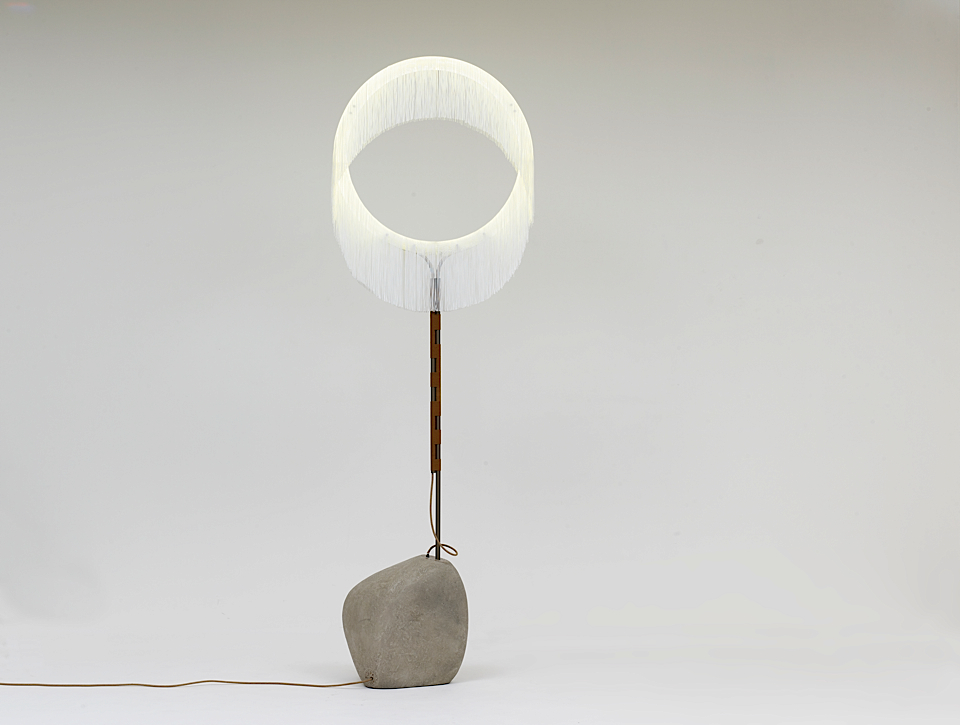 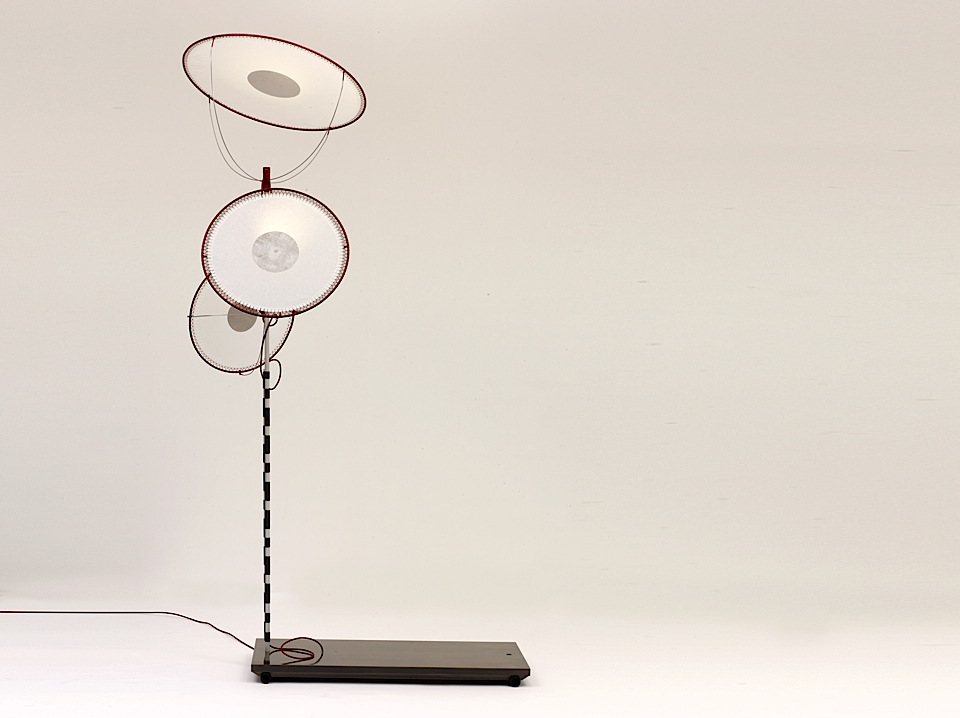 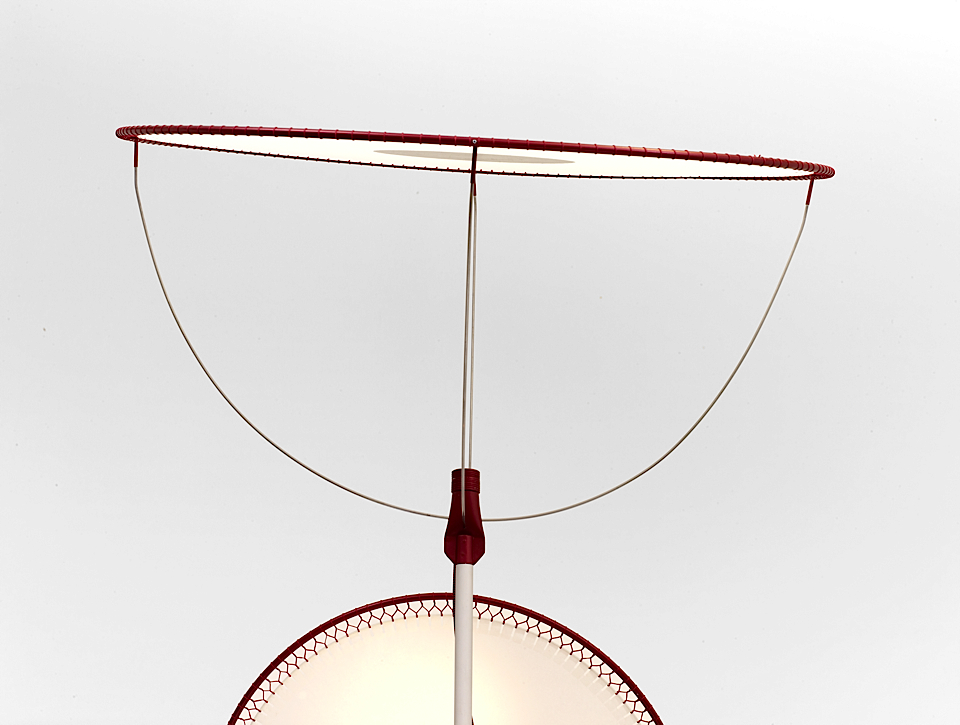 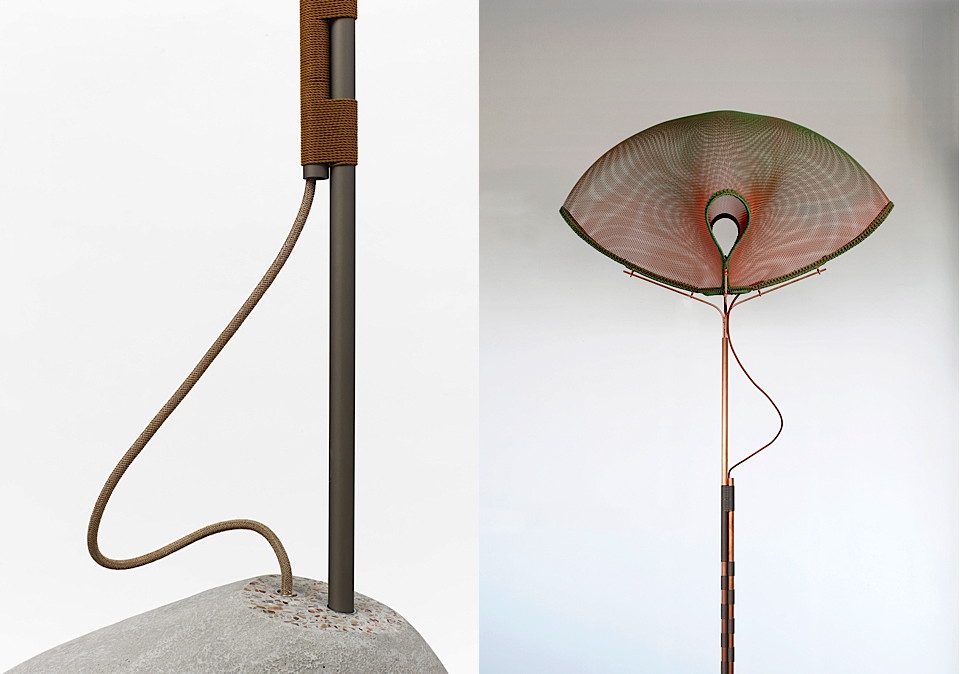 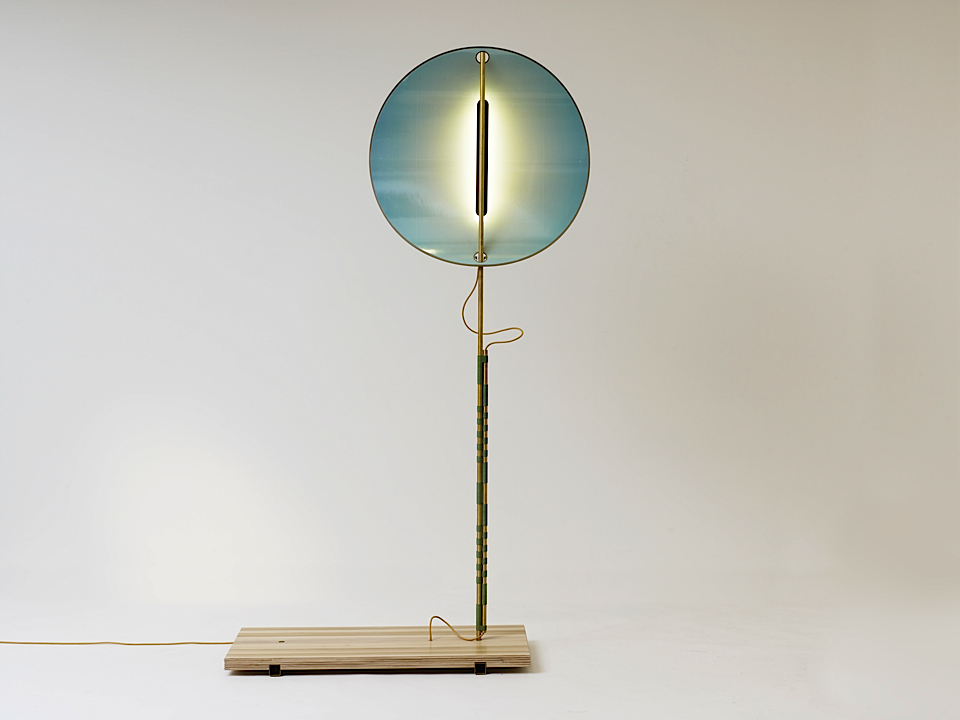