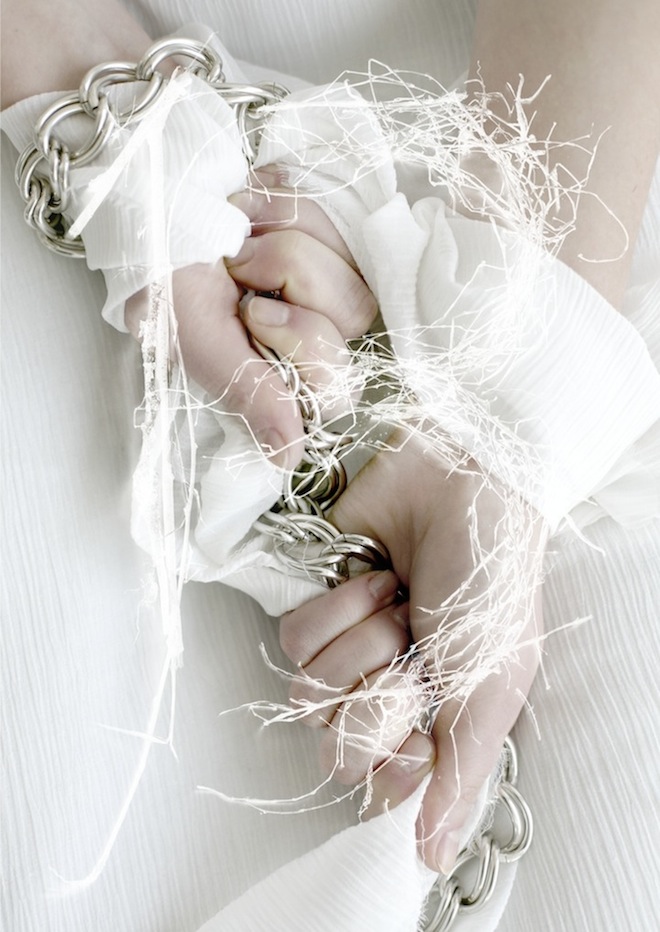 The People of the Labyrinths have taken religion as a focal point to investigate our near-spiritual relationship with clothing and brands. During M°BA 13, Arnhem’s Eusebius Catherdral will be animated by a multi-media installation, both celebrating and questioning the worshiping of fashion.

When taken out of their original and intended context, religious artefacts, symbols and imagery can be woven into the hybridized melting pot that is global fashion and urban culture today. It no longer seems enough to simply signal subtle hints about who and what you are. The need to create a new self-image and identity in a babelonic age – and to make the world around you believe in this externalised creation of yourself – is apparently and visibly a very urgent one. The ambivalent cultural implications of this ever more visible trend means that people feel comfortable referencing content and meaning from different cultures and religions; not just from Christianity, Hinduism, Islam and Buddhism, but also from Shinto, Sikhism, Jainism, Taoism and more. Inspirations are incorporated into an added message for fashion, street-wear and subculture.

Information is available to everyone. The advantages of the interconnected global village are confronted by our unacknowledged being ending up lost in translation. In order to become a real personality in this world, a person who is wanted and needed, or in fact believed, is forced to build up their self-image and identity from scratch, gathered from the eclectic information we find in the Google-era, via social media and in subcultures; or as examples from celebrities or people we admire – for instance the impact of the crucifix used as a fetish artefact in Madonna’s ‘Like a Virgin’ video cannot be underestimated.