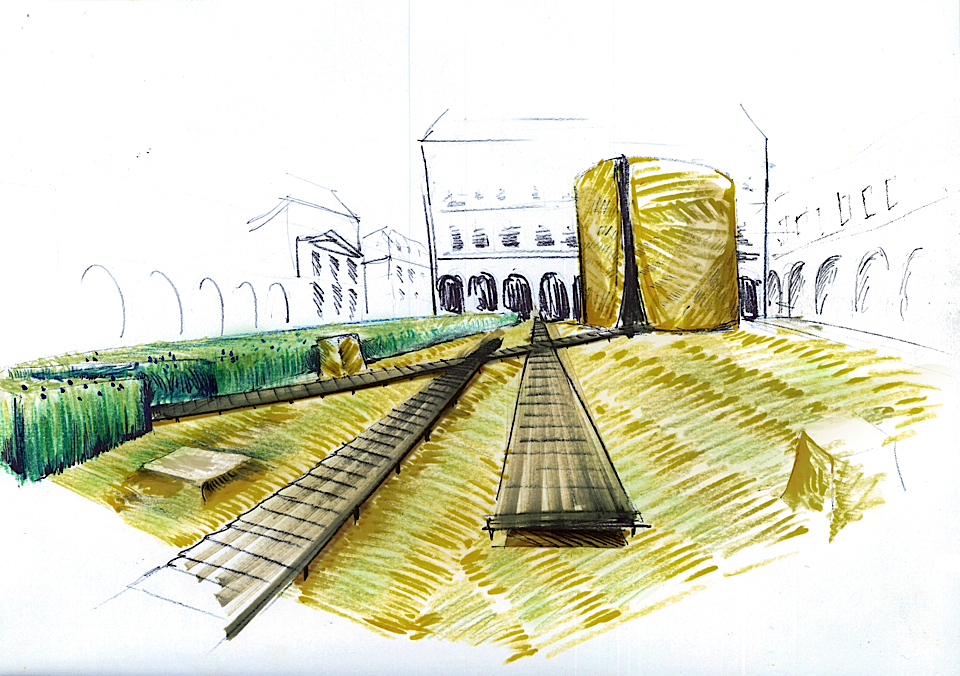 In Paris, on Place du Palais-Royal from June 3-9, and in Florence, on Piazza Santa Maria Novella, from June 18-22, a teleportation of the agricultural kind places us in the middle of a parcel of linen flax, in bloom and being harvested. This project, focused on the general public acts as a reminder that linen flax isn’t some sort of exotic plant; that 85% of global production takes place here, in Europe, in a swathe of land stretching from Caen to Amsterdam.

The only textile fibre of plant origin from Europe is being showcased to the general public for the first time via all the avenues of its application. The juxtaposition of objects has a surprising effect. A motorcycle helmet, skis, a bicycle, an armchair, a suitcase, a surfboard, street lamps and a chair.

What’s the common link? The answer is linen in composite form, a new material in fiber and resin that is proving so inspiring to contemporary designers. And why the sneakers and knitted sailor top? Once again, the answer is linen: outerwear and waterproof for the former; Nm 39 yarn (requiring 39km of thread per kilo, giving ultra-light knits) for the latter.

The exhibition route leads to a vast 10-meter-tall structure, with a spectacular but ephemeral nave, whose double-door entrance – being textile and sensorial – immerses the public in the diversity of linen: a selection of over 300 pieces to discover, touch, brush against, and so on, all highlighting the savoir-faire of European linen spinners and weavers. Fabrics range from ultra-light batiste voile to upholstery fabric coming in at a hefty 1kg-per-m2.

Photographic exhibition. Some forty exclusive black and white images by Sébastien Randé puts the focus on the human aspect of linen production, highlighting our proximity to this industry, its European position, and the unique interaction between grower and scutcher. 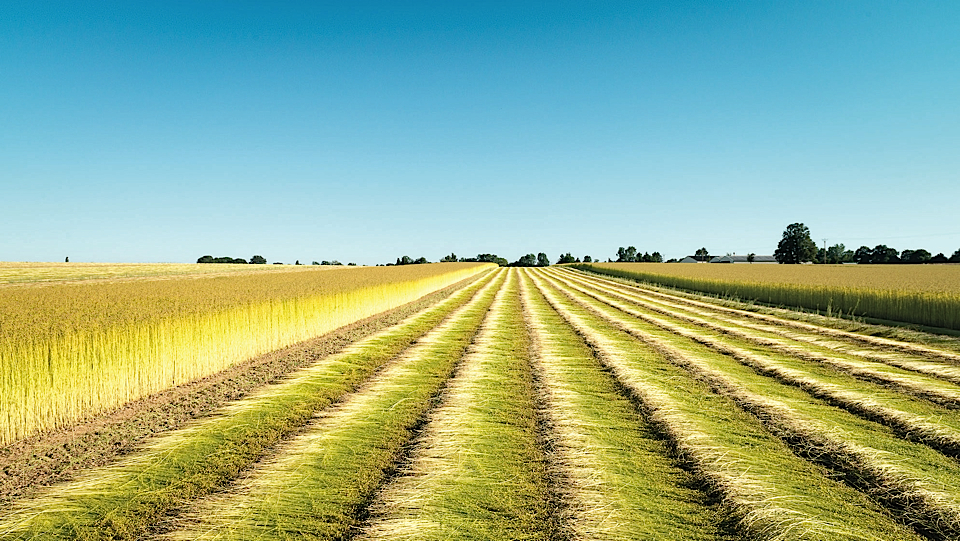 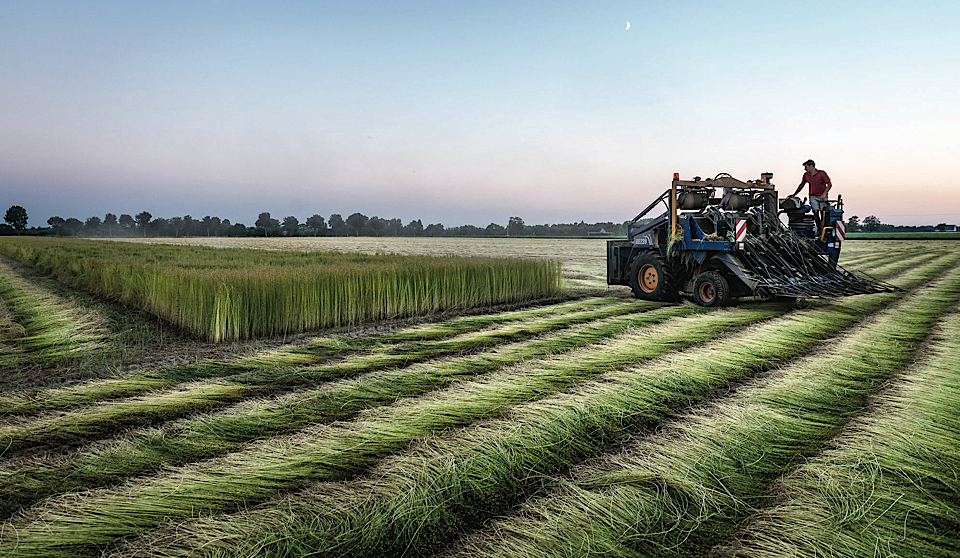 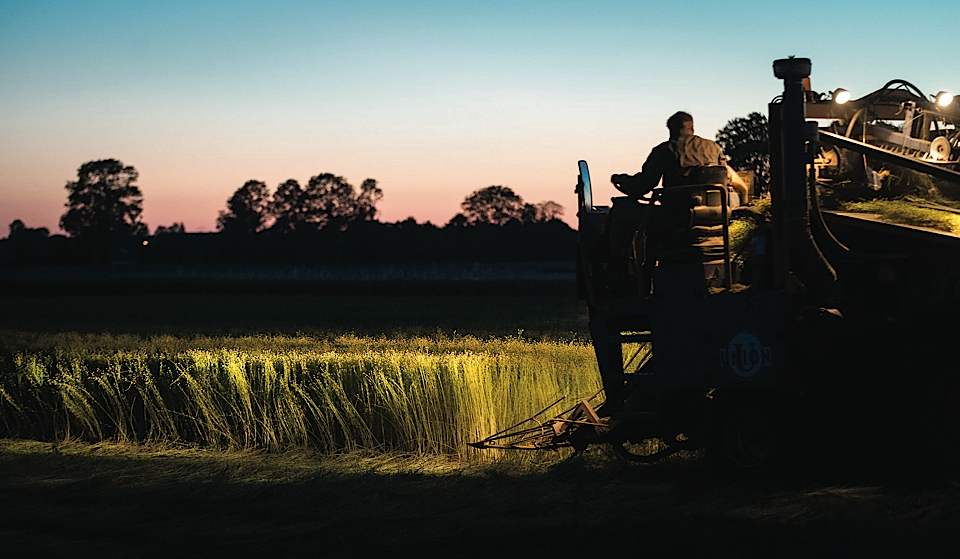