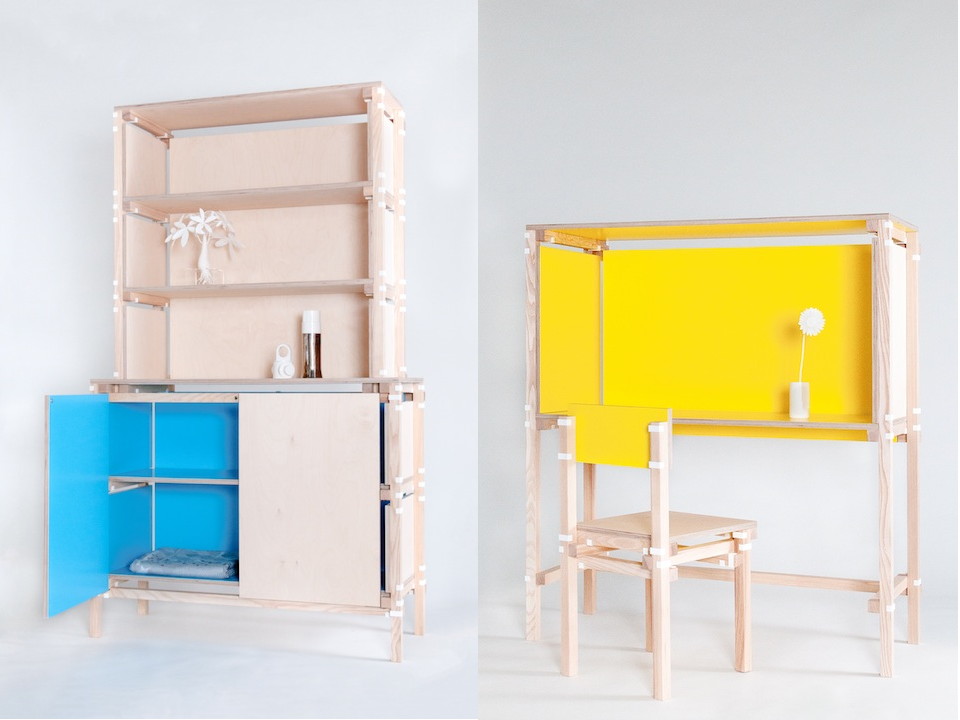 Included in the NOMADISMI exhibition at Altai Gallery, Studio Minale-Maeda’s Inside Out Furniture points out one of the characteristics of the current third industrial revolution; decentralized design- and production. The designersduo consisting of Kuniko Maeda (Japan) and Mario Minale (Italy) developed a range of furniture pieces that can be produced on any location in the world where a drill, wood saw, 3d printer and some wood are available. Thus enabling consumers of their design to arrange production themselves on a local level. Drifting away from the concept of having power on a central location to making users the authority.  Mario Minale introduces explains: “designed specifically to be downloadable in order to reduce environmental issues related to transport, costs of stock keeping and explore collaborative design and distribution, this furniture can be edited in size and materials, is made on location or can be self-made by downloading the blueprints. The concept was to turn the pieces inside out to make construction simple and transparent, while brackets and structural details become distinctive features. The connections are 3d printed to suit various sizes of wood, and the crafting is minimal requiring only cutting to length and drilling of standard wooden plate and beam materials.”

This sense of nomadic production is embedded in the work of several other contemporary designers and artists. Amongst others design studio Unfold, founded by Claire Warnier (Belgium) and Dries Verbruggen (Belgium), which is renowned for it’s projects on ceramic 3d printing. The designers have further developed their reseach of producing porcelain pieces with a clay extrusion printer, and the implications this production method has on design and manufacturing, in a project titled Statigraphic Manufactury.

“Stratigraphic Manufactury is a new model for the distribution and digital manufacturing of porcelain, which includes local small manufacturing units that are globally connected. One that embraces local production variations and influences. A set of digital 3d files of designs presented last spring in Milan by Unfold have been e-mailed to various manufacturers around the world who have acquired the 3d printing production method that Unfold pioneered and open sourced in 2009. They were instructed not to alter the digital files but were free to incorporate personal and local influences and interpretations during the production” states Unfold.

The psychical results of the experiment made by  an international group of ‘printer producers’, or should we say ‘printer craftsman’, were presented at the Istanbul Design Biennial. Following the principle as defined by Unfold, Jonathan Keep (UK), Eran Gal-Or (Israel), Tulya Madra and Firat Aykac (Turkey) and Mustafa Canyurt (Turkey) and Claire Warnier and Dries Verbruggen themselves(Belgium) showcased their efforts of transforming the 3d files into tactile pieces of porcelain.

The small alterations in the making, simply occurring because of the usage of different human brains and hands, resulted into a range of porcelain items that illustrate the individuals by whom the pieces were locally produced. A beautiful display of how the concept of decentralized design- and production, recently added to the vocabulary of design, could function in a world that is becoming a network of small-scale authorities.

This article marks the end of the Salone del Mobile 2013 review series by Jules van den Langenberg. We hope you enjoyed the serie! 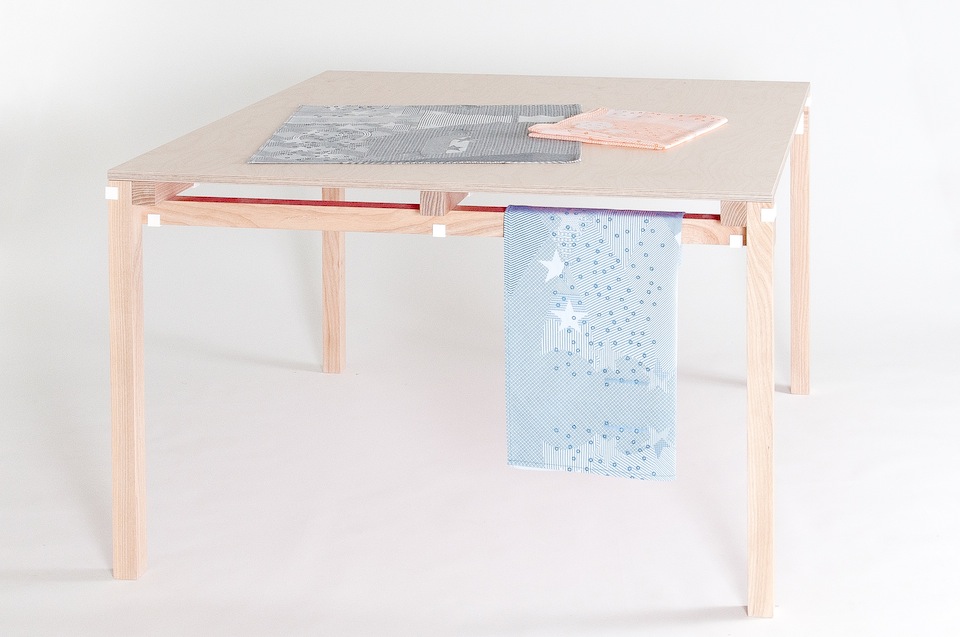 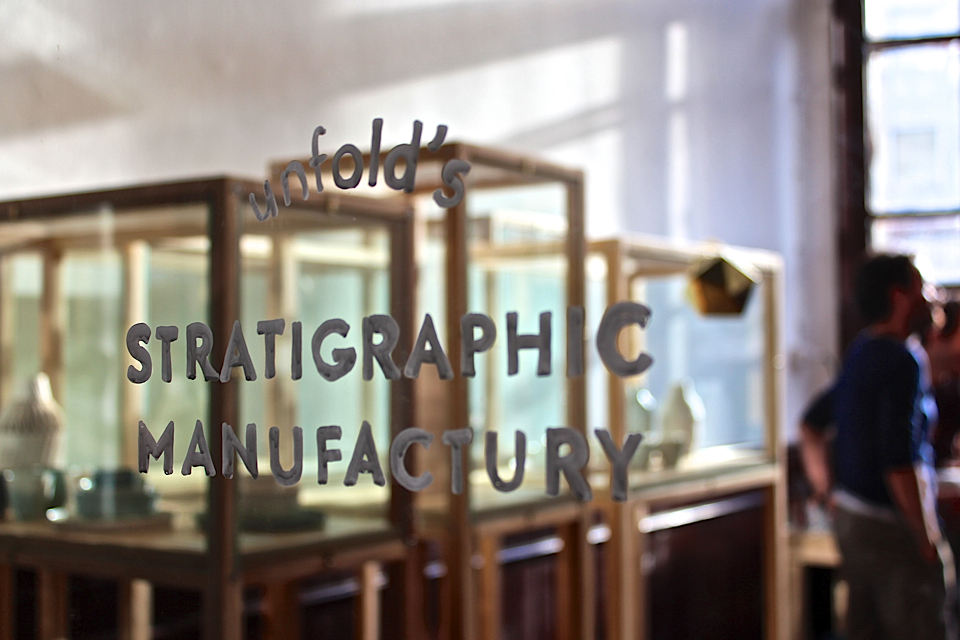 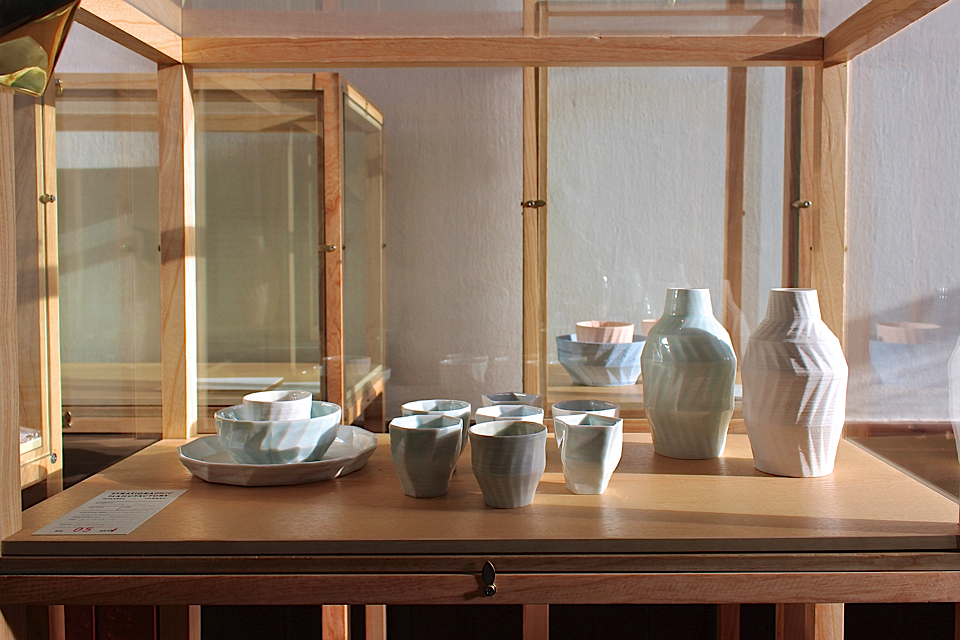 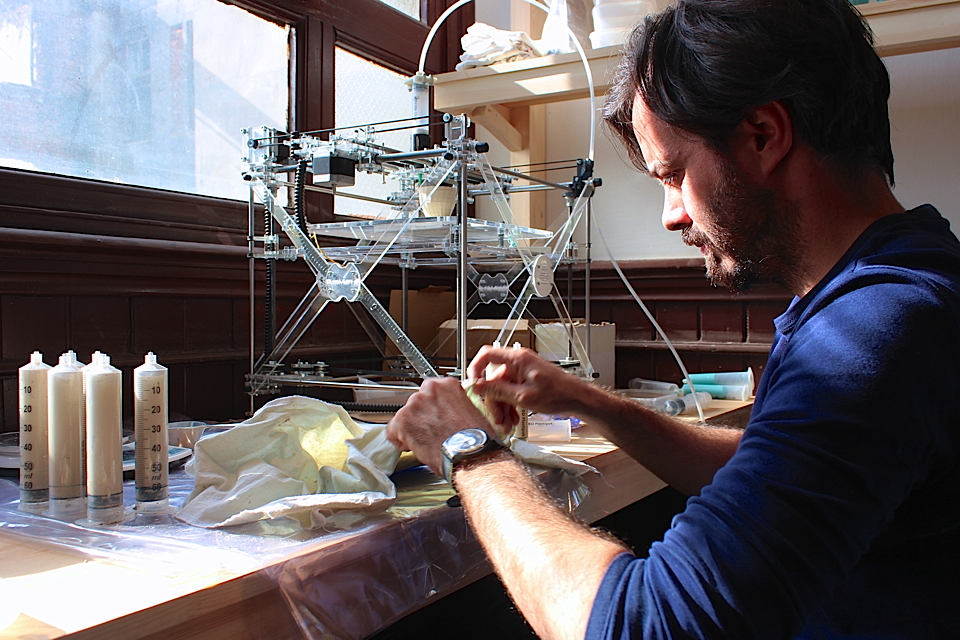 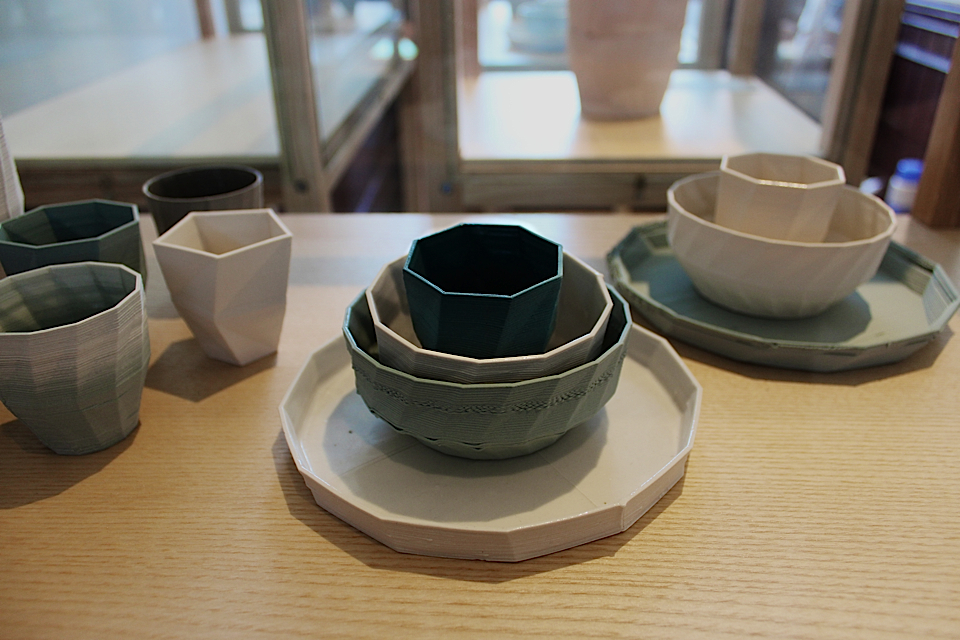