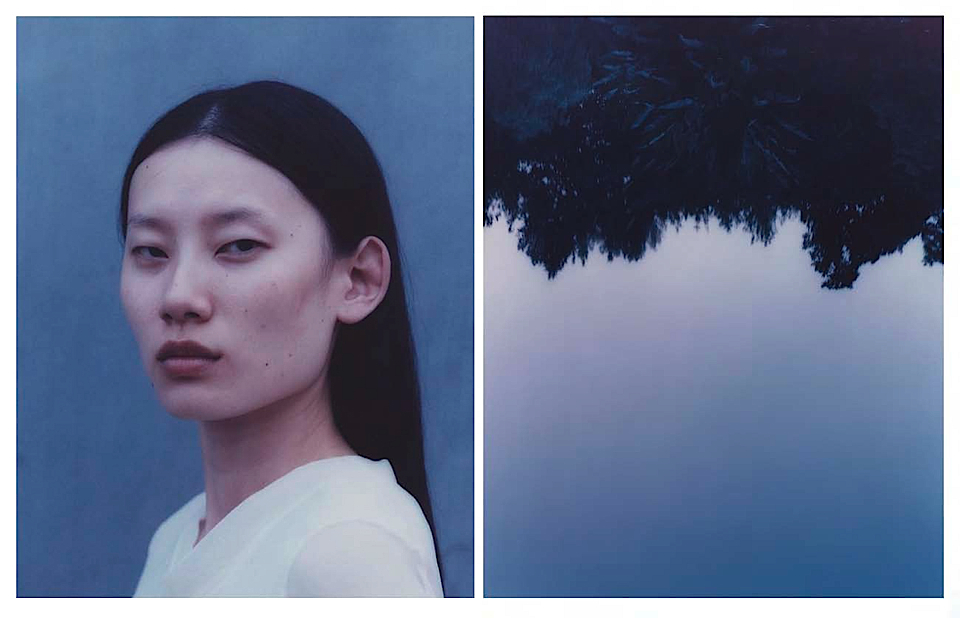 Camilla Bo’ is an Italian freelance journalist and stylist. After two years of study in Paris she returned to her native Rome to study architecture. The art of critique proved more fruitful for Camilla and she began to write for the Association of Art and Critic about art and design and on her personal blog Choufouchouf. Focusing on the relation and communication between fashion and art, she decided to follow her creative nature not only giving a voice to the library she has on her laptop but also as inspiration for editorials. She’s now based in London, attending the course of «Art Direction for Fashion» at the Central Saint Martins College of Art.

It’s a cold morning in London and Amira is here after a long long trip in China, Mongolia, Hungary, Germany and France. She has a silver suitcase with her, full of precious photographs from the trip.

When she gave me her heavy book and I started to look at her work I could feel her alert gaze upon me. She is so graceful, attentive and absent at the same time. I can recognize her in her pictures, so simple and powerful.

Nature is always present in her projects. So it’s natural to think that it’s where she likes to be the most.

She explains that is the primitive side of nature which fascinate her and it is actually what she captures in her pictures, but then she prefers to live in big cities.

Every time you see Amira’s pictures, you can find something different. You can hang them on the wall and I’m sure you’ll never be tired to look at them. There is a special harmony between colours, subjects and composition that makes you feel peaceful.

You’re one of the few that still snaps in analog format. It ‘s easy to see why.  Do you have any secrets to create a special atmosphere on the photos in the darkroom? Do you use particular types of paper or materials during the printing phase?

I think my biggest secret is to spend a lot of time with my pictures in the darkroom and to be open to experimentation. I sometimes play with the chemicals, use pre-flashed paper and move the paper while I am exposing the film, but these are all effects that could be done easily with photoshop. What makes my work improve is the time I put into it – you have to imagine, a colour darkroom is a total black space. There is no distraction possible. There are no calls, as the phone would lighten the paper, no computer, no internet, no one opening the door. You are totally alone and there is only darkness surrounding you. To put myself in this kind of restrictive situation somehow rubs off on the images and transforms them into objects. For me, it’s like giving them a soul.

Your works are closer to paintings than to photographs. I mean there seems to be an influence of film sources or pictorial sources. Did you do any work in the past that has characterized so much your language?

While I studied in Vienna and part of my time in Berlin I worked as a movie projectionist. Always in little independent cinemas. So I have spent thousands of hours staring through a little window watching parts of movies. For sure, that influenced my work.

I ‘ve always been fascinated by your pictures with flowers covering faces… It reminds me to a vase. The men is the vase, the container of something alive. Why do you love cover people faces with the flower compositions?It is a choice dictated by aesthetic criteria or does it mean anything to you in particular?

I like to express feelings through my work. To make them visible for the viewer, I suppose a transformation into the surreal is sometimes necessary for this to happen. The idea to cover people’s faces came from making portraits of my family. I have been familiar with these faces my whole life, so I responded to them in a different way than a stranger would. I put the flowers there to translate my perception into a visual format – to show the faces how I see them.

The flowers chosen for your set-up are often out of context, even if you’re shooting in the woods or in a field you have the idea of a real set. And perhaps there lies the strength of your images. It ‘s always like that or there were some natural places you do not want them to change?

I am still looking for that place which looks exactly how it feels. I guess I would never leave if I found it.

Which artist you would like to collaborate with in the future?

Which are your next projects?

I recently traveled from Shanghai to Paris purely using transportation on land. Siberia was part of the trip, the landscape is just crazy there. It’s so cold for most of the year and then in the short summer, people, animals and plants are blossoming in such an intense way. I think, I have to go back there. 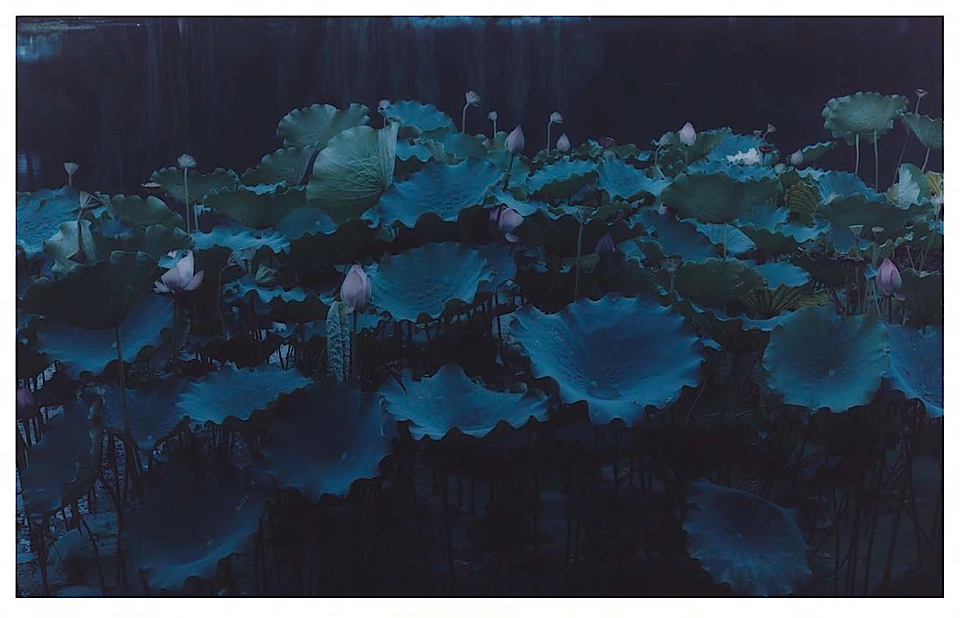 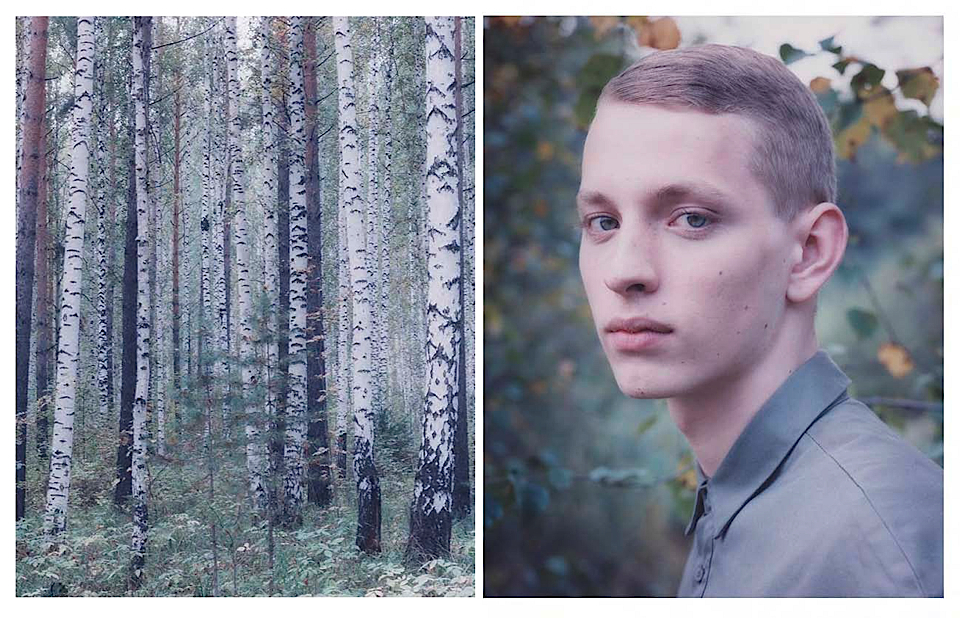 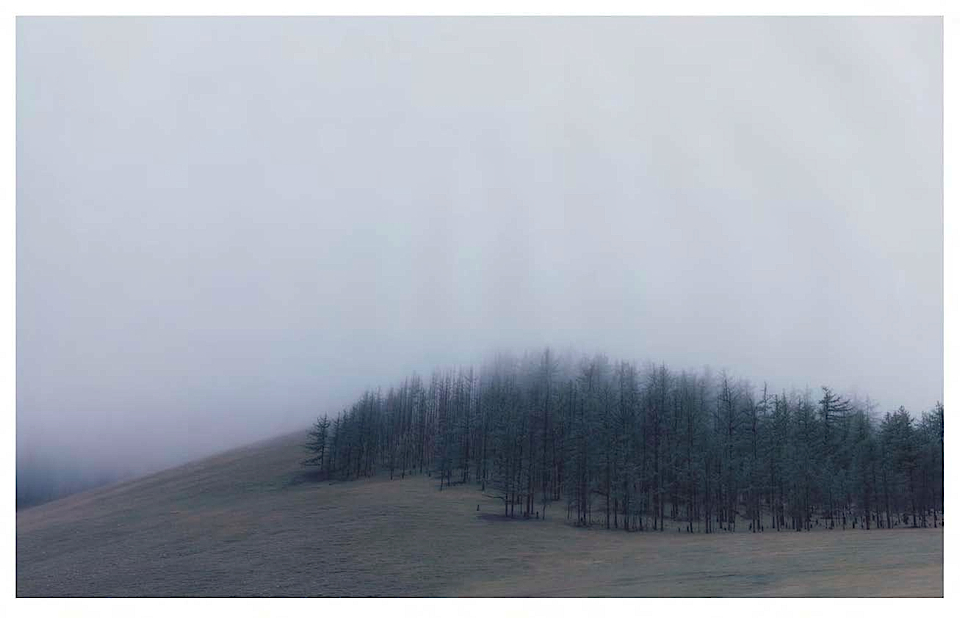 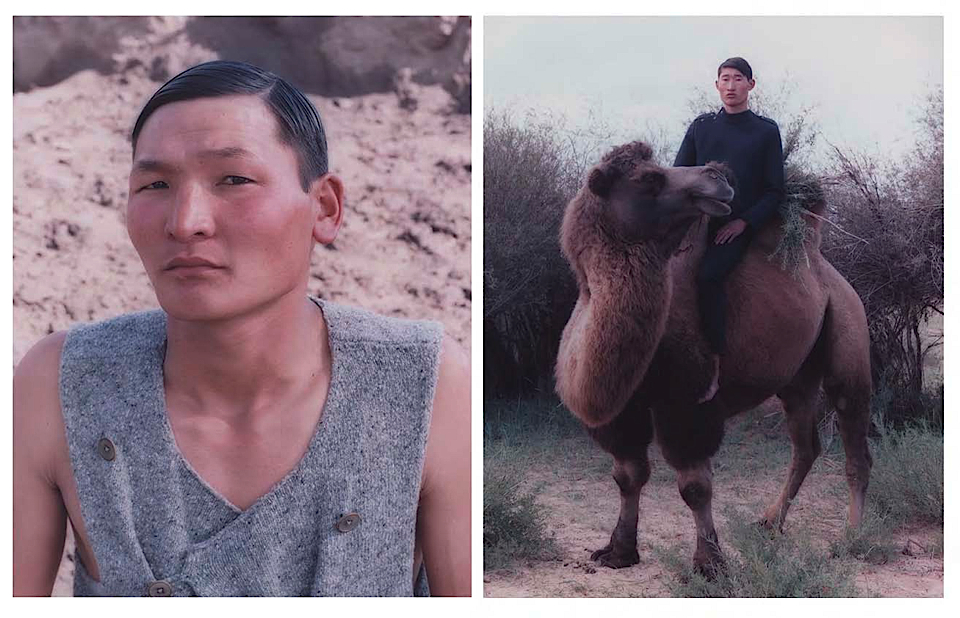 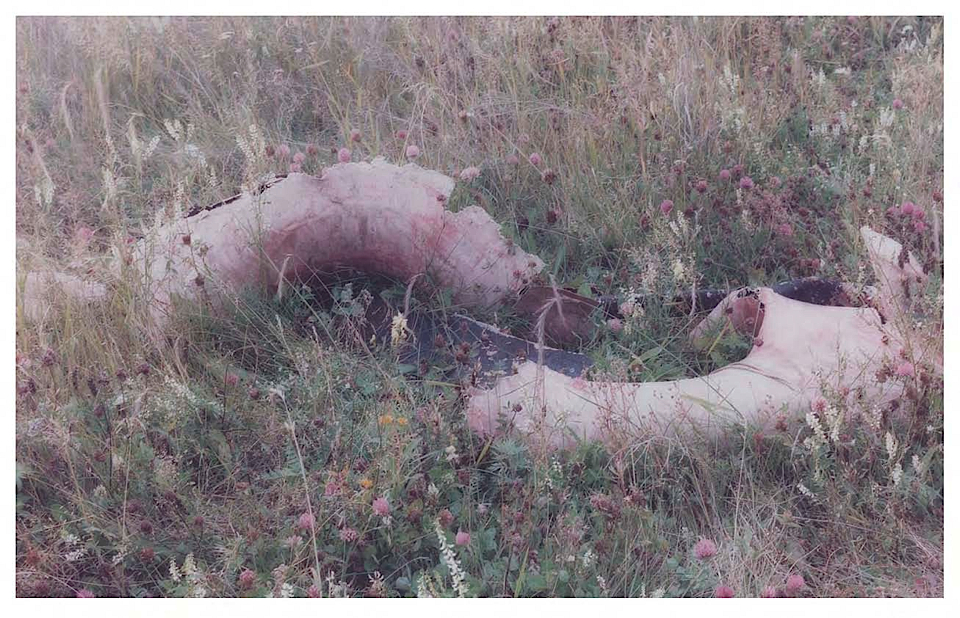