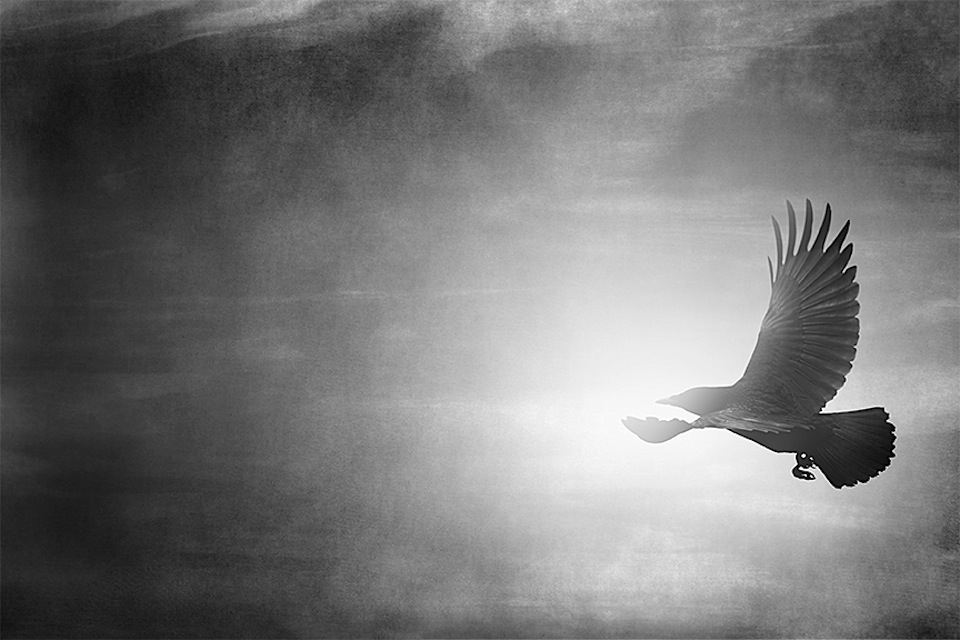 ‘Raven Steals the Sun’ is a new collaboration between photographer Jeff Elstone, scarf designer Taiana Giefer and artist-milliner Selina Elkuch, based on the native Haida myth of how the Sun came to be.

In this story, the Raven, who was first white in colour, came upon the home of an old man who lived with his beautiful daughter. The Raven fell in love with her and soon learned that her father possessed a great treasure contained in a tiny box within many boxes – all of the light in the universe.

Through trickery and transformation, the Raven stole the precious treasure and escaped, scorching himself and thereby became black in colour. He then hung the Sun in the sky and thus released light into the world. 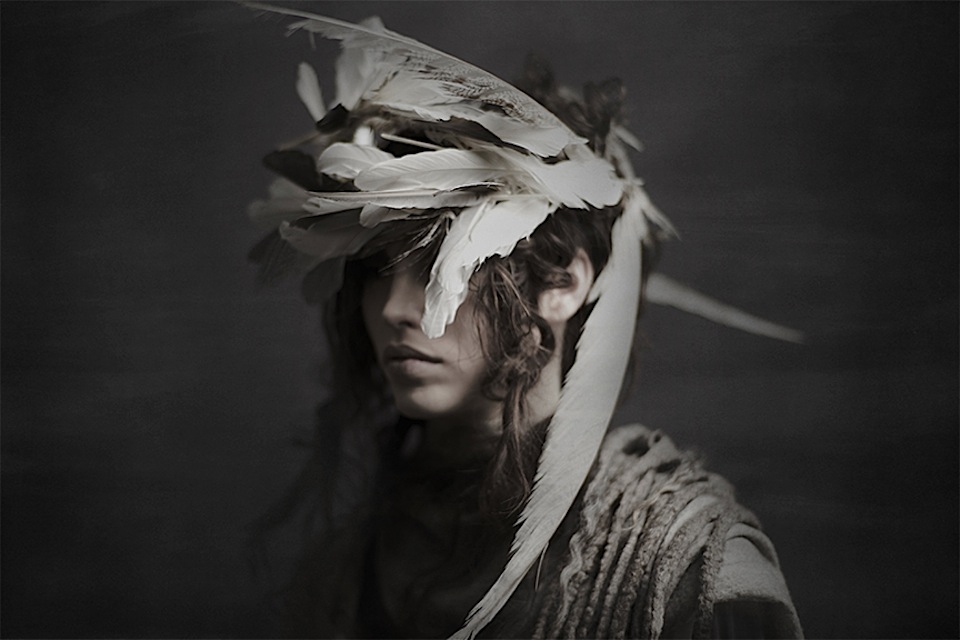 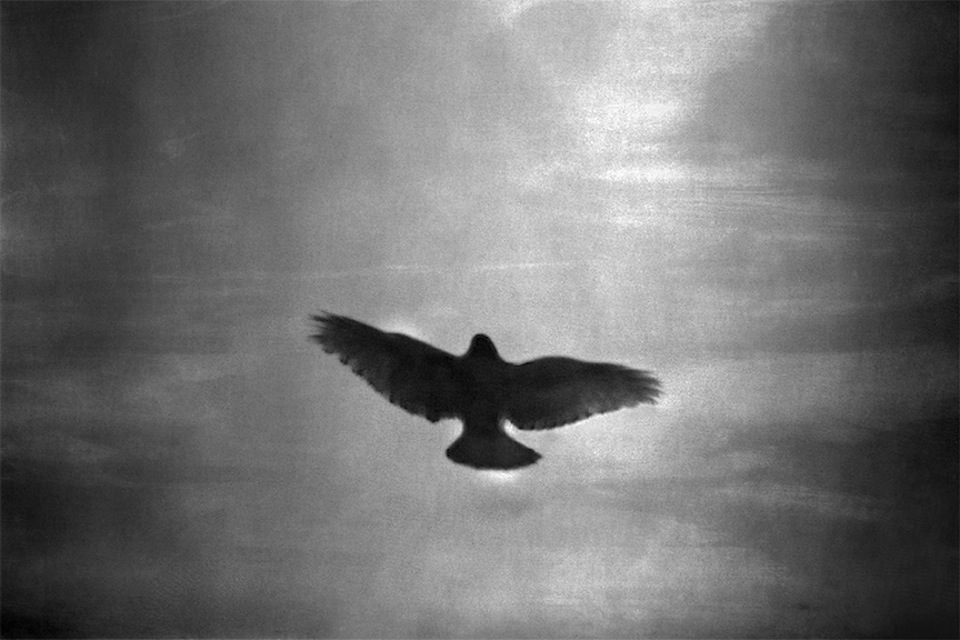 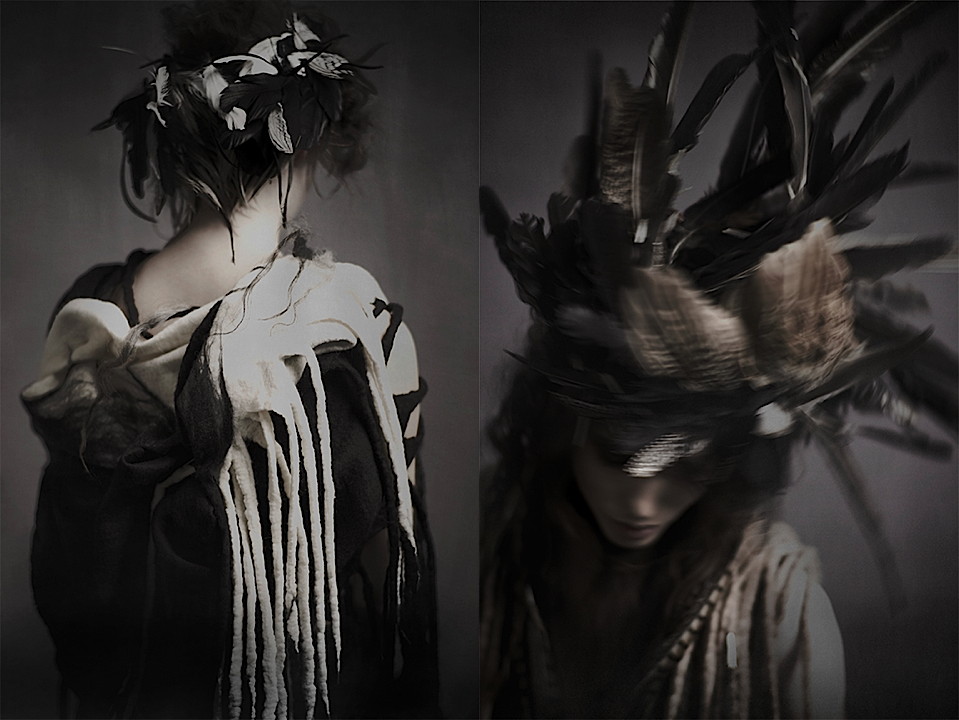 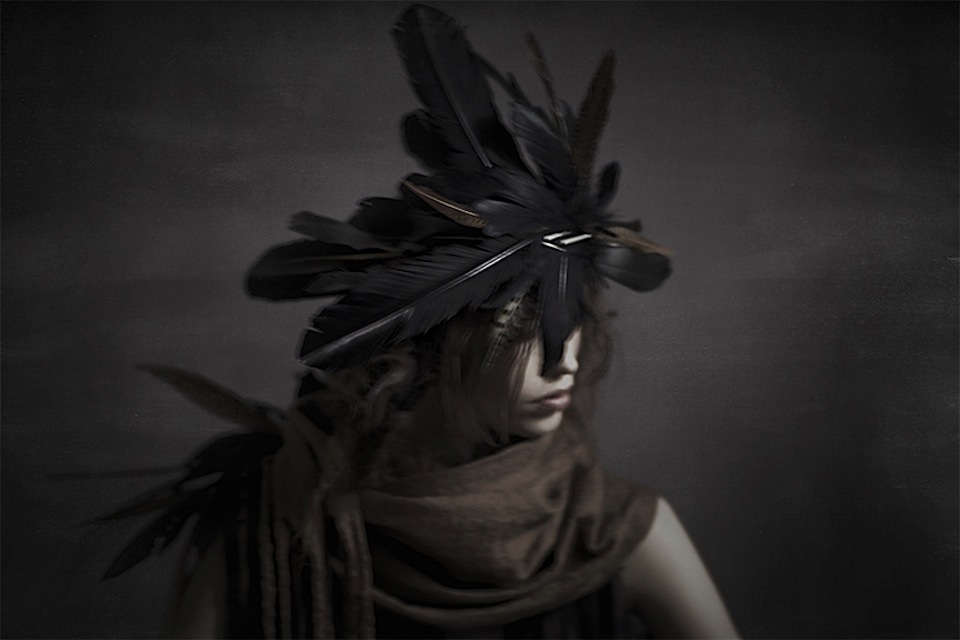 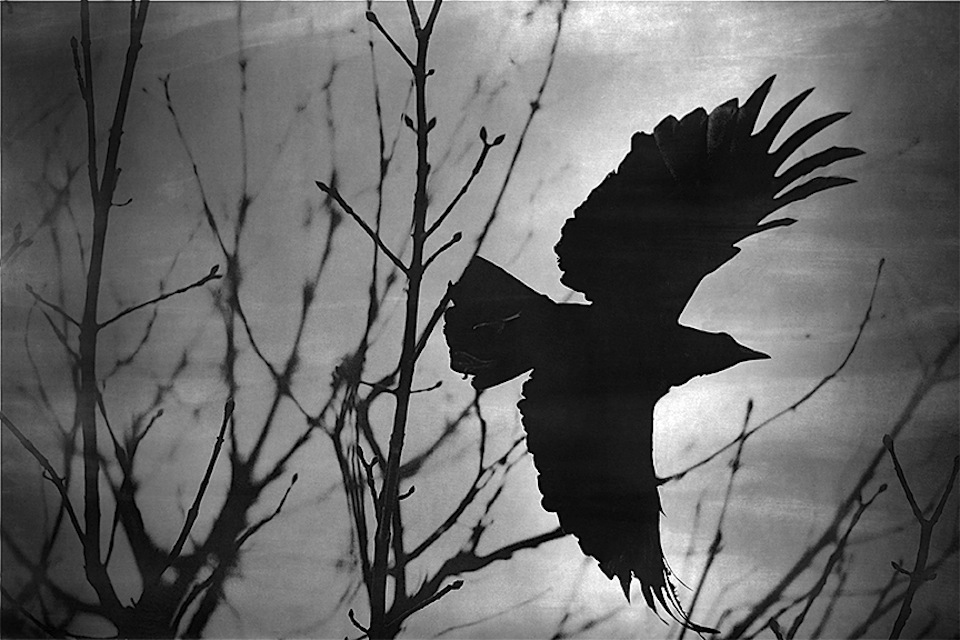