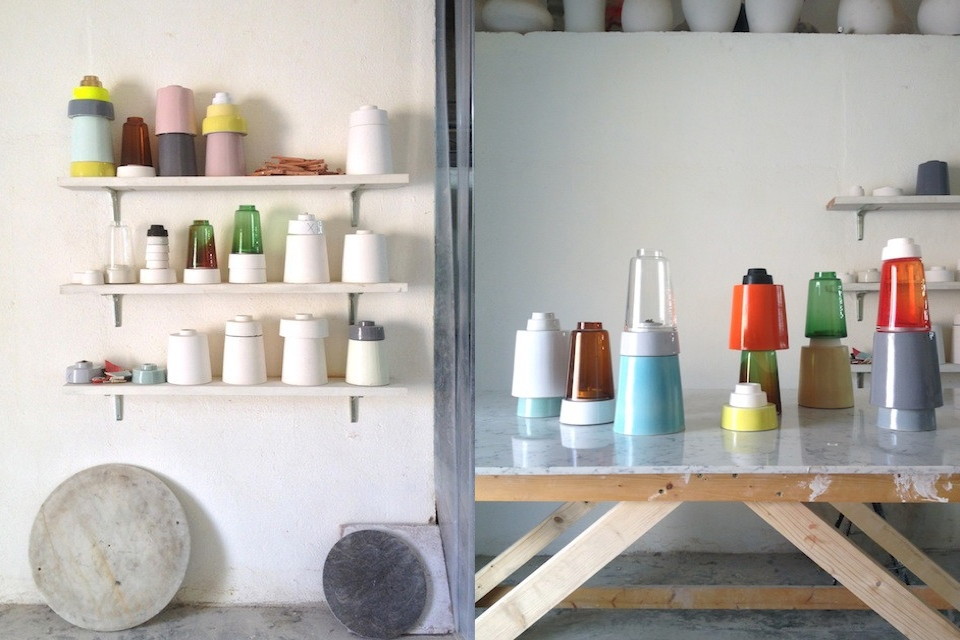 In the domesticated jungle called Salone Internazionale del Mobile meeting the Mañosa family was a welcome breeze of down to earth design methodology. The warm hearted Spanish family have established their company called ‘Apparatu’ and work on self initiated- as well as commissioned projects in ceramics. Xavier Mañosa, son of the family (designer) works with his father (experienced ceramist) and mother (glazing expert) on creations out of clay. The collaborative efforts of the family are represented in the ‘Pussel’ project that is displayed throughout the stand of Spanish furniture label Kettal. Their small scale modular ceramic objects compliment the furniture and bring a sense of liveliness to the environment.”Pussel began as a game between 12-year-old Xavier and his father. Together they created a ceramic modular shape that you could stack together mixing different colours. This game, measuring a metre and half, was mutated over time by Xavier Mañosa, who took his references from children’s modular puzzles, where shape, colour and materials intermingle with their various functions as lamp, vase and candle holder.

An object made in Barcelona using entirely traditional methods with painstaking detailing and finishing. Made from high-temperature ceramic and blown glass.” Apparatu states.

That funk is running in the family becomes apparent in the ‘Scotch Club’ project that is also presented at the fairgrounds, presented at Spanish lighting label Marset. The Scotch Club ceramic collection, consisting of  severals lights, is designed by Xavier Mañosa in collaboration with design studio Mashallah and is the result of a long-distance creative correspondence between Berlin- based Mashallah and Mañosa’s studio in Barcelona. It began with the creation on the computer of a geometric mass, which was then broken down into discrete polygons to be printed on paper and faxed to Barcelona. Upon receipt, Mañosa applied a coat of resin to stiffen the paper and reconstructed the original shape, from which he produced a plaster mould to facilitate the manufacture of the ceramics. One could say the finished product represents the fruit of the nervous tension between the digital and the handcrafted worlds: designed on a computer, transmitted by the technologically obsolete fax, and finally produced in a kiln.

The Scotch Club ceramic collection takes its inspiration from a discotheque, with a design reminiscent of the widely popular revolving disco ball. Its 72 faces reflect light from the interior in all directions, casting elegant, complex visual patterns around the room. “Towards the end of 1959, in Aachen, Germany, the now-famous “Scotch Club” had its opening night. The owner, seeing that the patrons were growing bored, asked a journalist to announce the songs as they were played; this was the birth of the discotheque as we know it today.” Xavier explains. 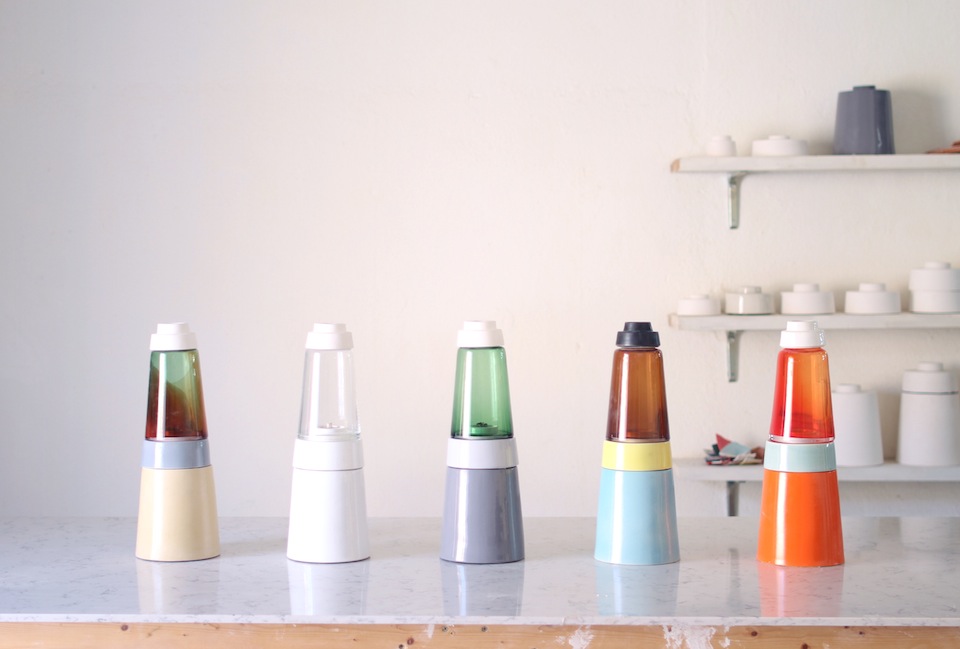 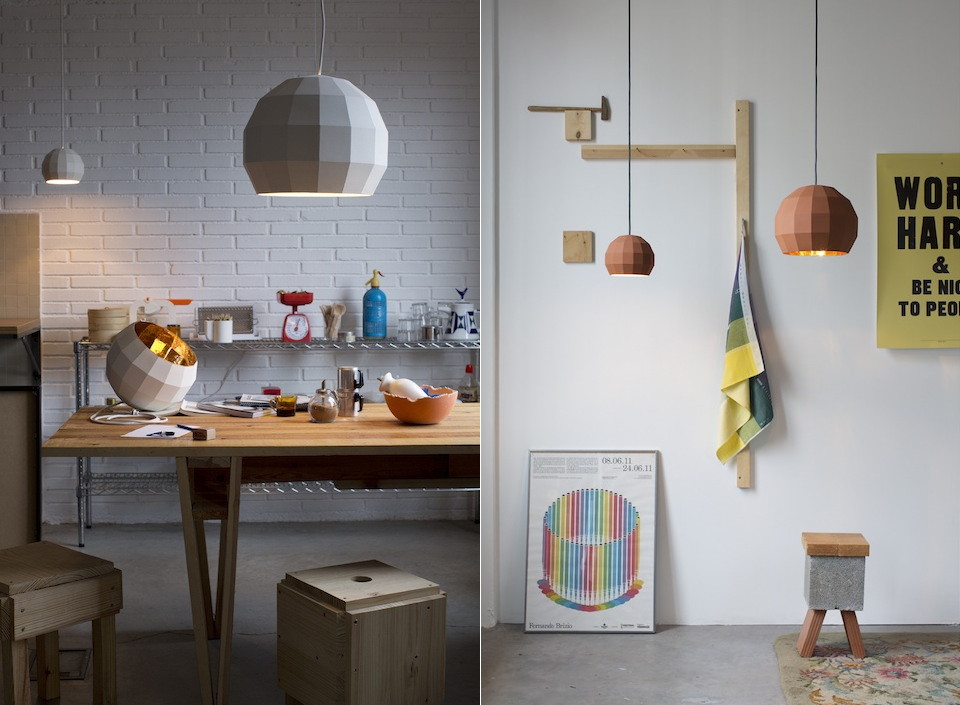 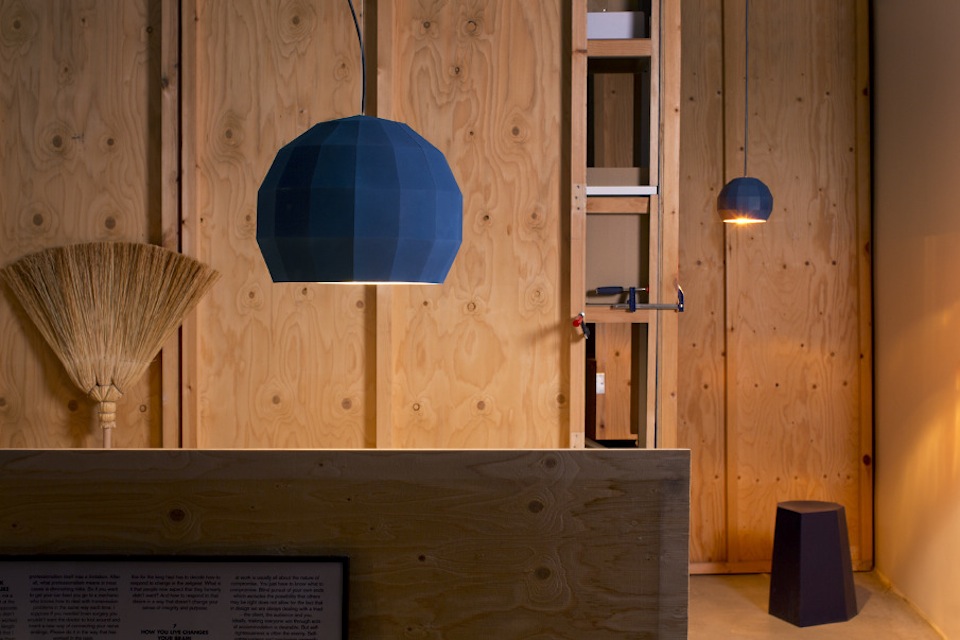