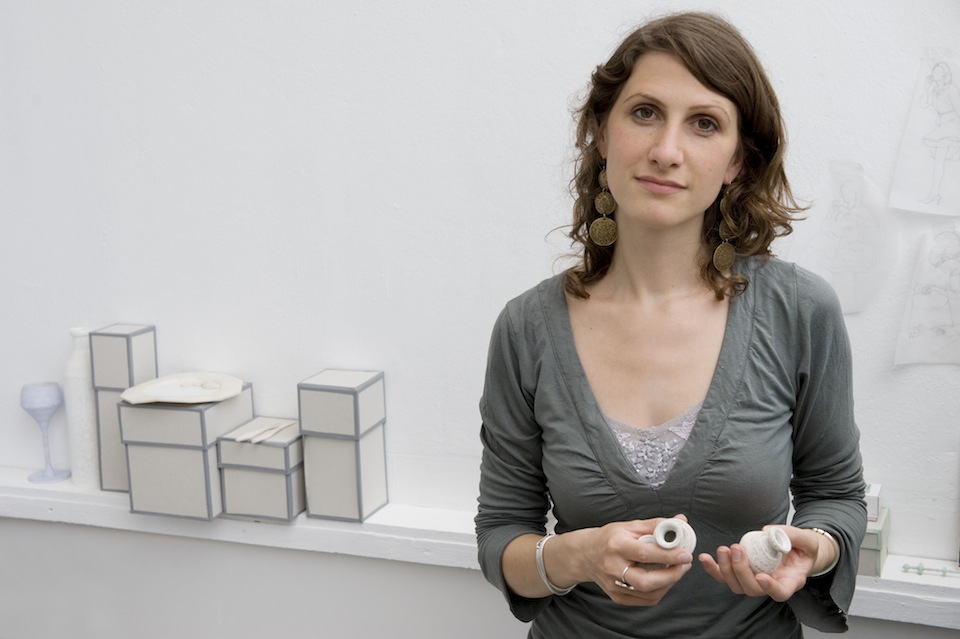 Siba Sahabi in her studio photo by Annemarijne Bax

Siba Sahabi (Gerrit Rietveld Academy Amsterdam) poetic designer mixing her German and Iranian roots, proposed to the last Winters Salon in Amsterdam, a magnificent series of  carafes, cups made from coiled coloured felt strips  coated with a layer of paint on both sides. This collection took its inspiration from deep  ancients times. Called “Between two rivers”, this serie evoks the ancient Greek translation of the term Mesopotamia, the cradle of Western civilization, birthplace of the pottery turntable. As a contemporary designer, Siba Sahabi has been inspired by the connection between this ancient land – located between the two rivers Tiger and Euphrate – and Western ceramic culture using  new technologies. She works with the ideas to linked the tradition, the history and innovations, mixing both of them for an amazing result.

The turntable, that aided potters to design circular objects more accurately and faster, was invented in 3500 BC in Ur, an ancient Mesopotamian city, located in modern Iraq.  Around 2200 BC, this invention was introduced in Greece and gave birth to a new style of Greek ceramic called Minyan Pottery which Siba has reinterpreted style in her modern felt sculptures.

The result is spectacular, because it’s almost impossible to know if it’s a genuine antic piece or a modern one. A circular, ribbed finish is one of the distinguishing characteristics of Minyan ware, which reflects its production process on a potter’s turntable. Although the turntable non longer plays a significant role in the production of modern large-sacle pottery today, the appearance of hand –turned ceramics is often imitated by  producing cicular shapes with fine ridges. Siba reproduced this effect in the old way.  Each object shows three colours : the original colour of the felt (surface of the ridges), the inside and outside of the objects. The dense and felt material translate  the heavy appearance of the Minyan ware and exaggerate the size of the oversized vases, some of which are up to 50 cm.

A superb film entitled “ Pallas Athena” made by Siba Sahabi in collaboration with Lisa Kapple and Niels van den Top, shows the setting of a Greek pre-antique pottery workshop with the modern techniques of the felt coiling used by the artist. This film is beautifully dedicated to the spirit of Greek Goddess. The link between  ancient technics and the renewal of craft is done with grace and talent. 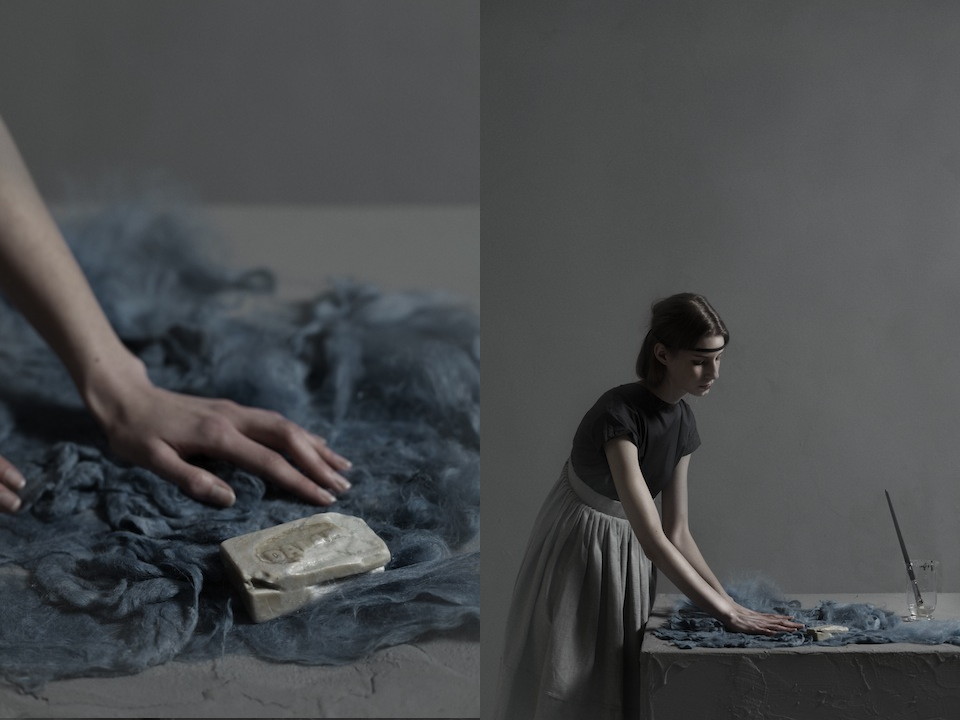 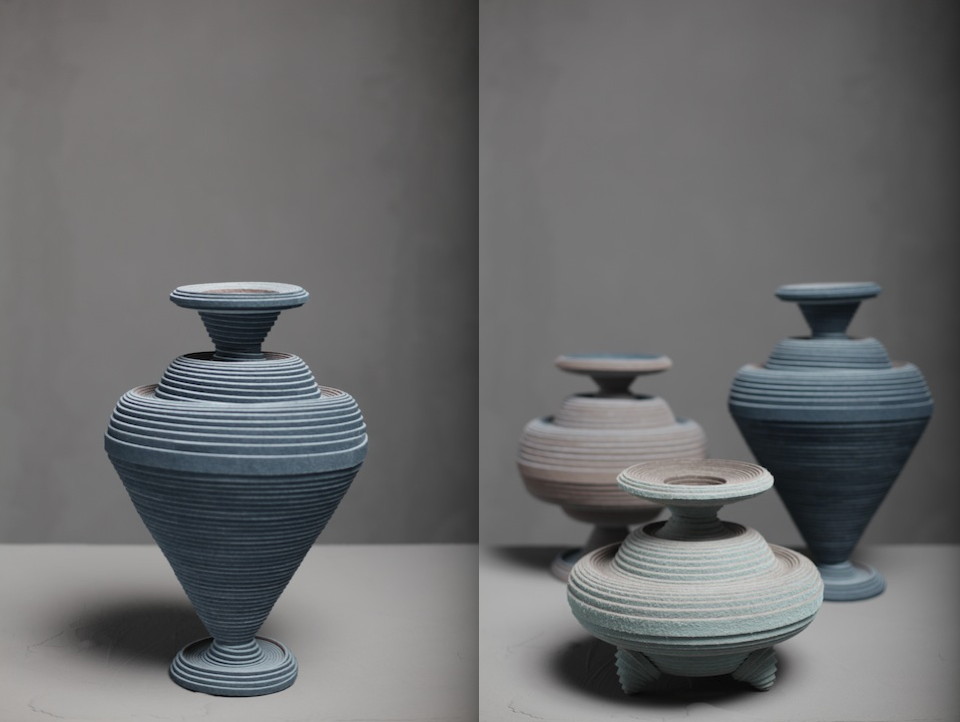