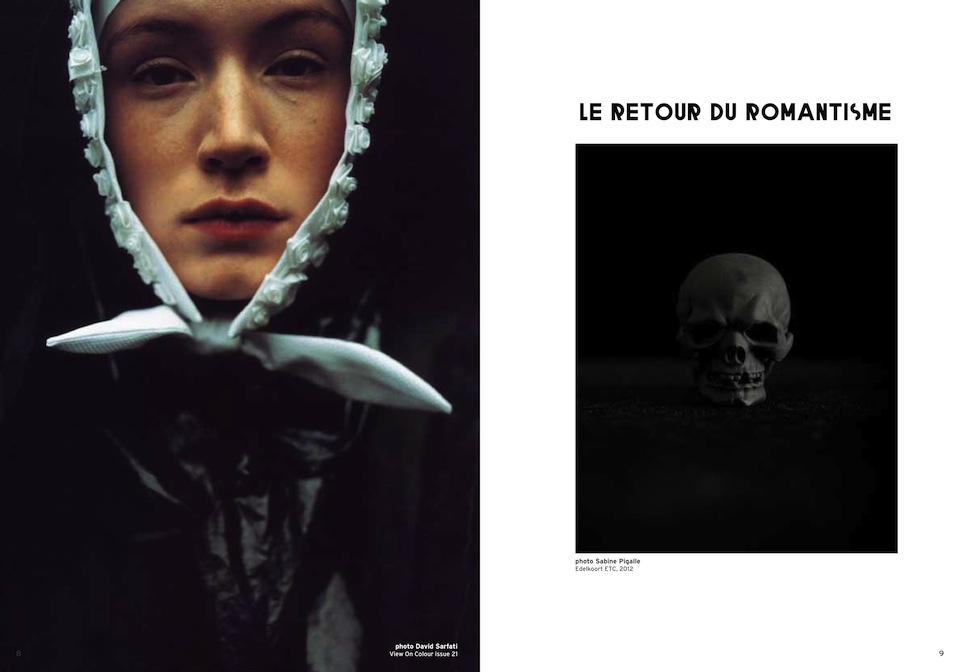 “Romanticism is precisely situated neither in choice of subject nor exact truth, but in the way of feeling.” Charles Baudelaire

Since the dawn of time, black has a lot to tell, it expressed mourning, poverty, denial, revolt and it exalted the avant-garde and haute-couture. Both rive gauche and rive droite. From lacerated and studded leather to the perfection of the little black dress, from brutal bondage clothing to the gorgeous prom dress, from mods’ modest turtlenecks to the monks’ modern hoods, the same black made a lot of ink flow, black or almost black too. It is able to express love and romanticism as well as hate and racism, in equal proportion and with the same ardor.

Today, black is lustrous and magnificent, swallow-tailed, raven or horsehair, is seen in lace of a domination mask, veil of seduction and burka of discretion. Black reflects opinions like a pollster of the air of the times. The surveys all agree; again, we vote for black. However, behind this dark veil hides a myriad of attitudes, divergent tastes and disparate characters.

In a chaotic century, which still cannot find its way, it seems that there is only one way out. One direction to take. in one way or another, we have to merge opposites and erase contrasts to embrace and exploit the idea of creative hybrids from various disciplines to finally bridge the gap between the two brains. To abolish bipolar thinking in favour of a universal and holistic reflection.

Suddenly, black seems to be the unifying of disciplines, the cloth becomes language, drawing pretends to be text, the volume is seen as flat, materials bristle, painting becomes textile, while the photo is thought of in monochrome and videos are selling like paintings. We are the witnesses of an artistic scene in fusion in which all the arts combine to make a single movement, a single vision and a single discipline addressing all the senses, suspended between dimensions.

As such, revisited romanticism can be seen as a reaction against reason, capable of enhancing the mysterious and fantastic. A romanticism to escape from reality and enter into the enchantment of dreams, finding the sublime in the morbid and millions in a skull. the vanity of fashion and design calling us from beyond the grave.

This is probably why black is coming back strong, because everything can be merged into it, anything can unite. Colour mixing and blending genres, black becomes silent and dull, can absorb everything, and erase everything. Black sunblock. a way to move on, refocus and fade differences. Suddenly, the black becomes the flag of a political movement that does not yet exist, an altruistic movement is being born, a morality becomes capable of boosting creation outside of economic tracks, instead of suffering a cultural fatality.

To live our time, black establishes itself as a romantic expression, even frenetic. With a return to rural life combined with a deep respect for the ordinary spirituality, a return to a normal life. A romanticism to have great experience and feel a need to escape, a visceral craving of landscapes, seeing the horizons of one's life. A desire to disappear too, like an urgent need of anonymity. An abstraction as a retreat which becomes the study of black, material expressions, alarm cries. The icons commit suicide, forget themselves, disappear.

Following, the grand return of cloaks, redingotes, of long dresses and sweepers skirts. All underlined with boots and many hats. Painter shirts, cigarette pants, monk robes and terrorist hoods. we ironically mix all the exterior signs of religions to make a point of devotion.

So black draws life, silhouette and fate at the same time.

Curator of the exhibition 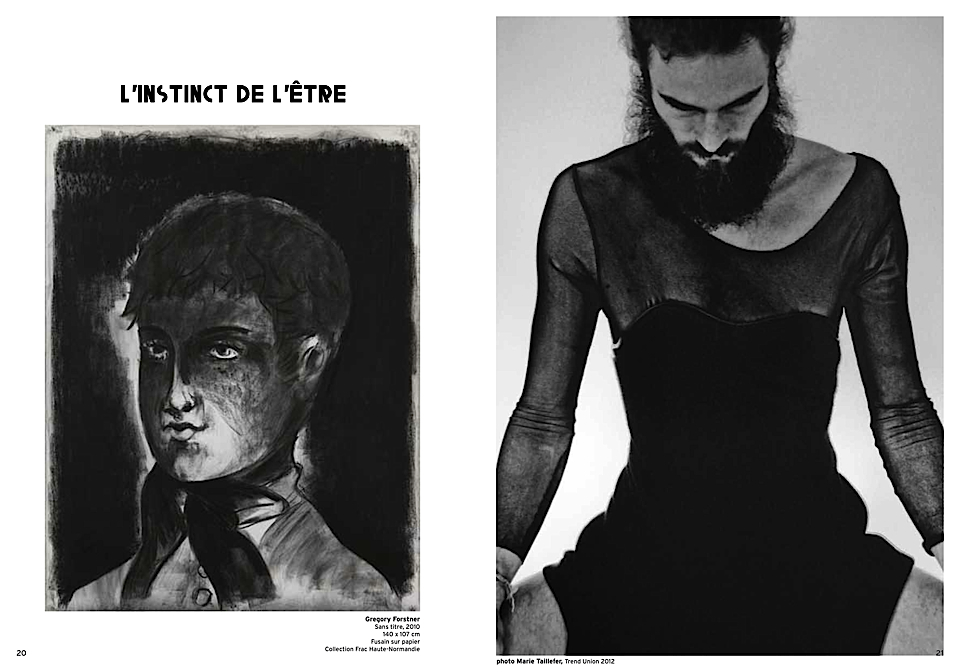 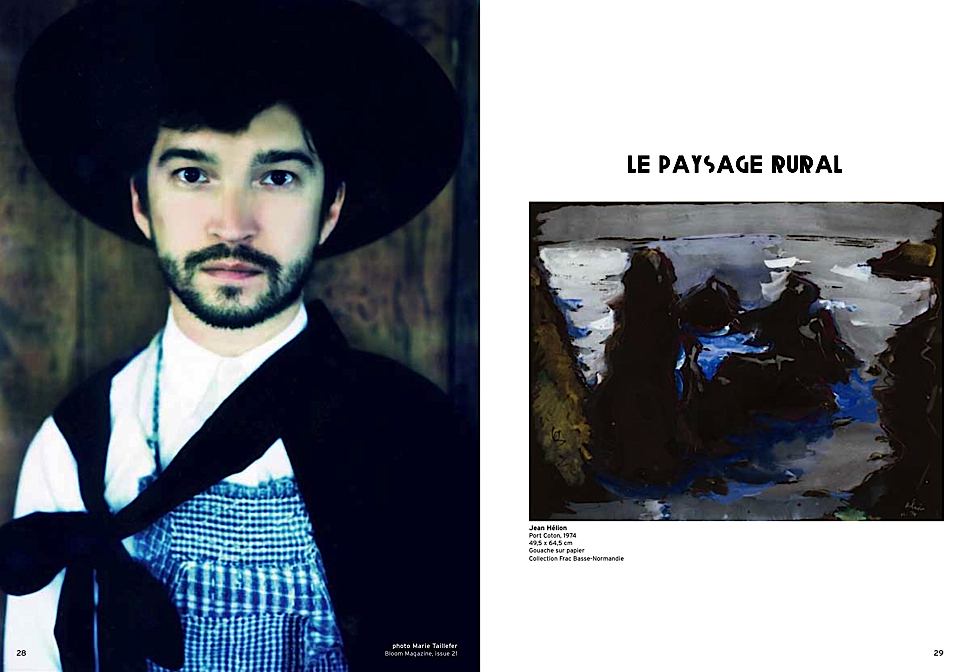 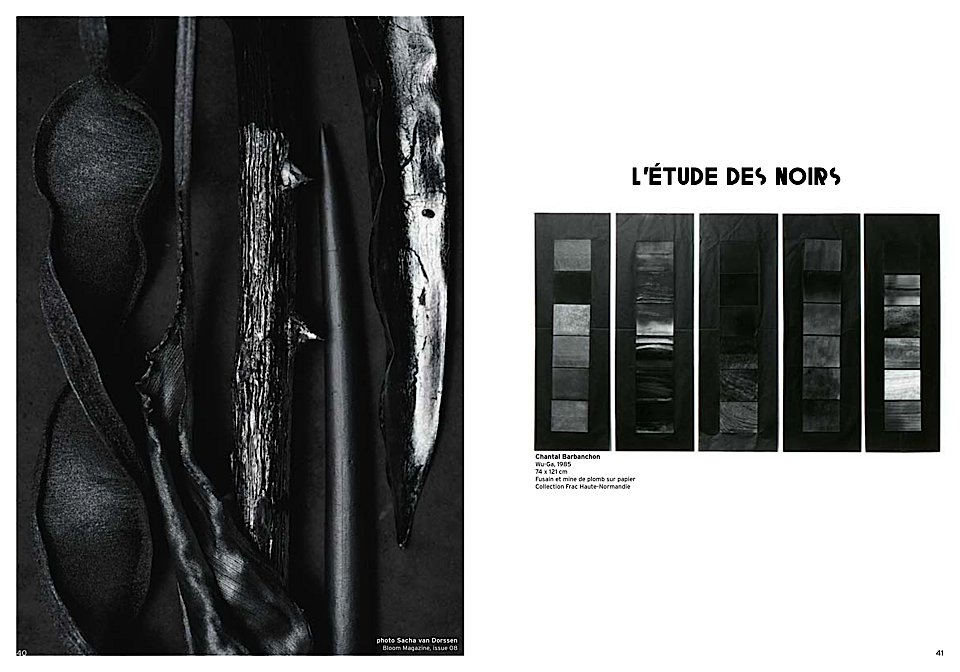 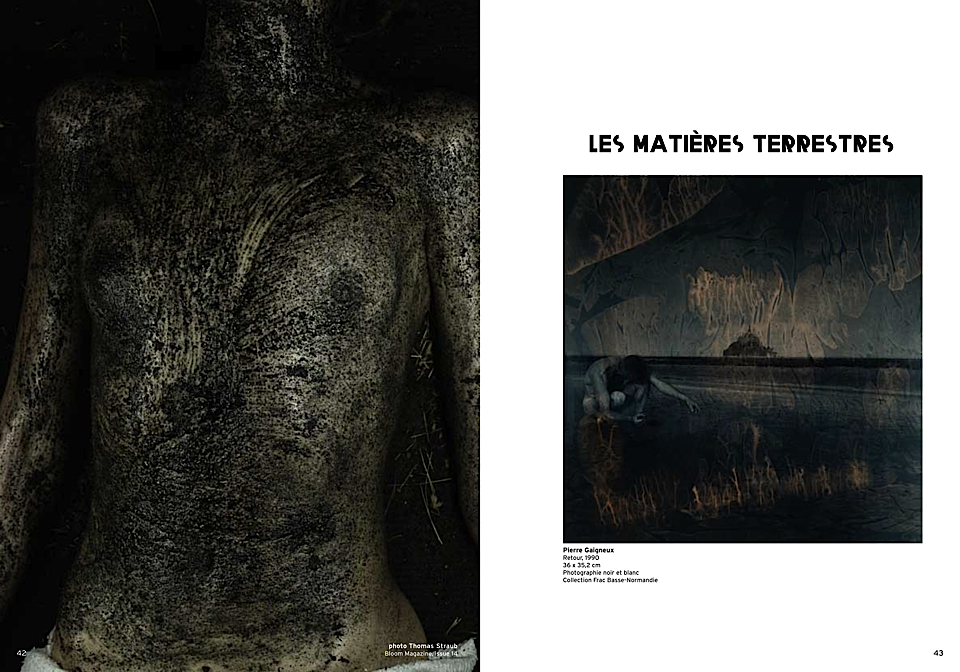 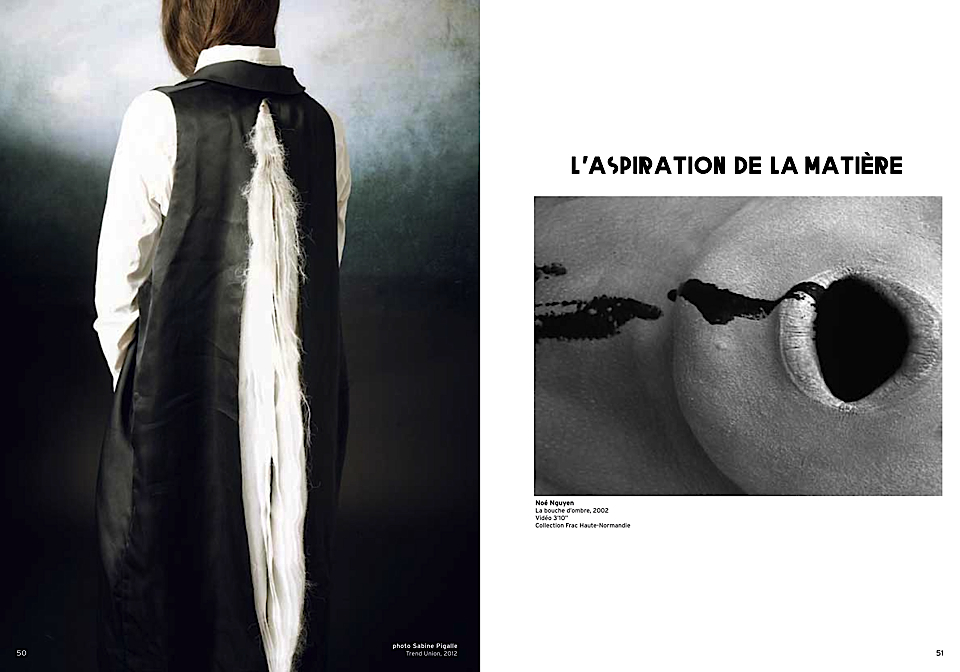 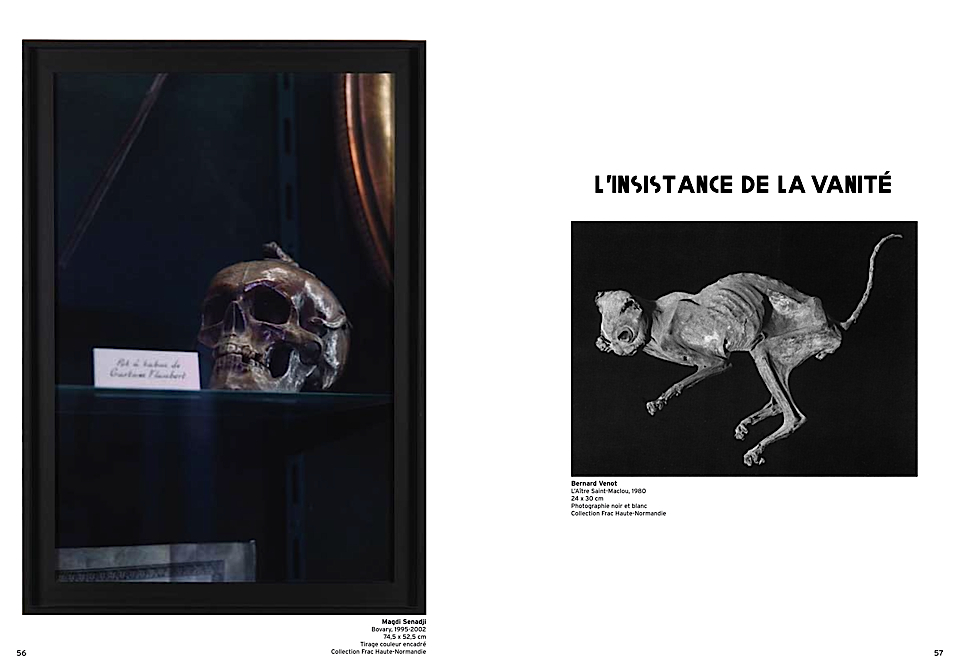 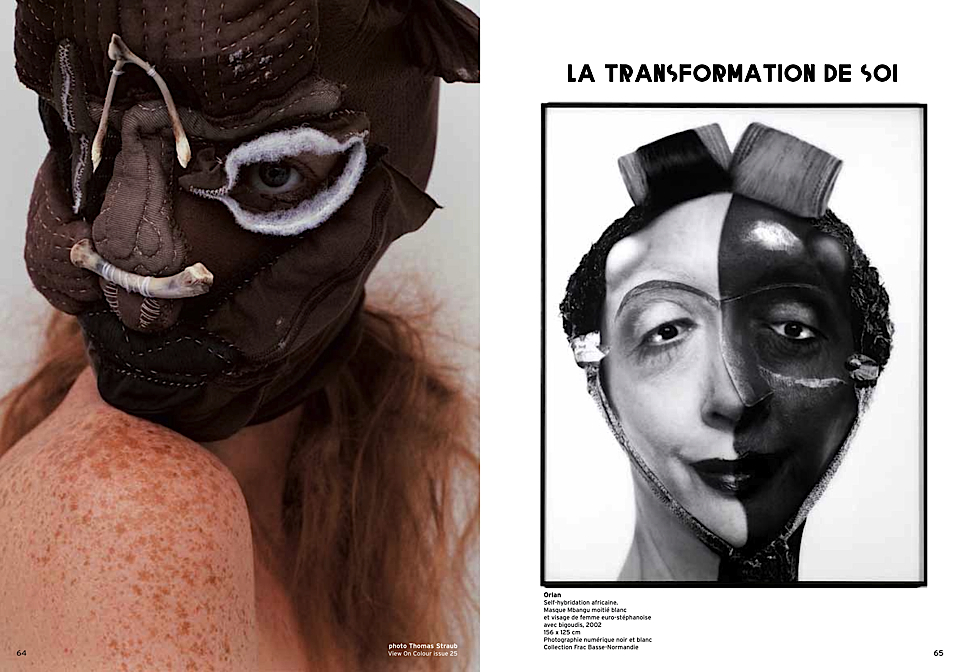 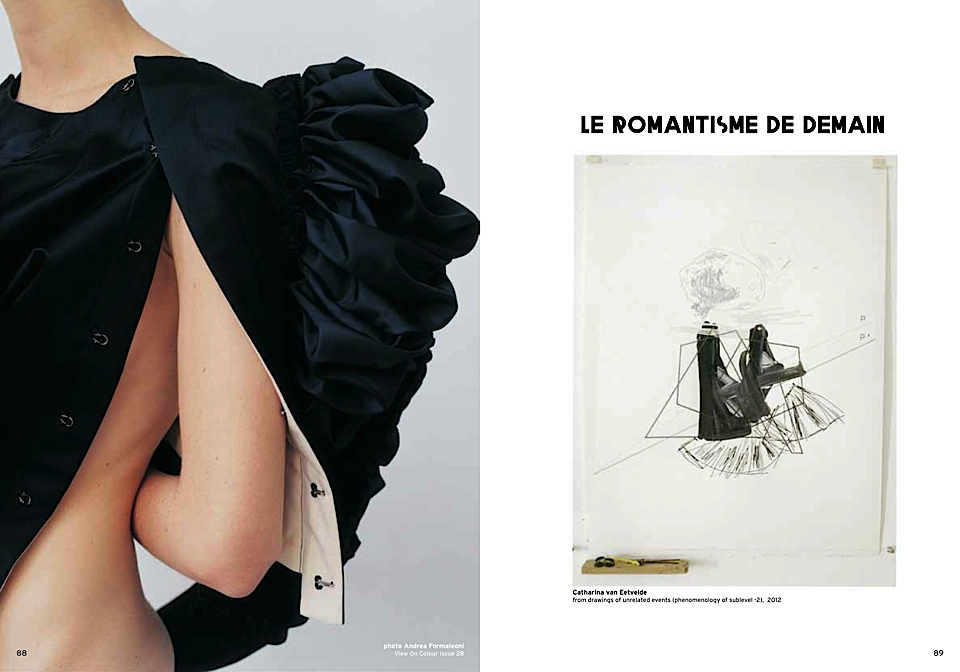 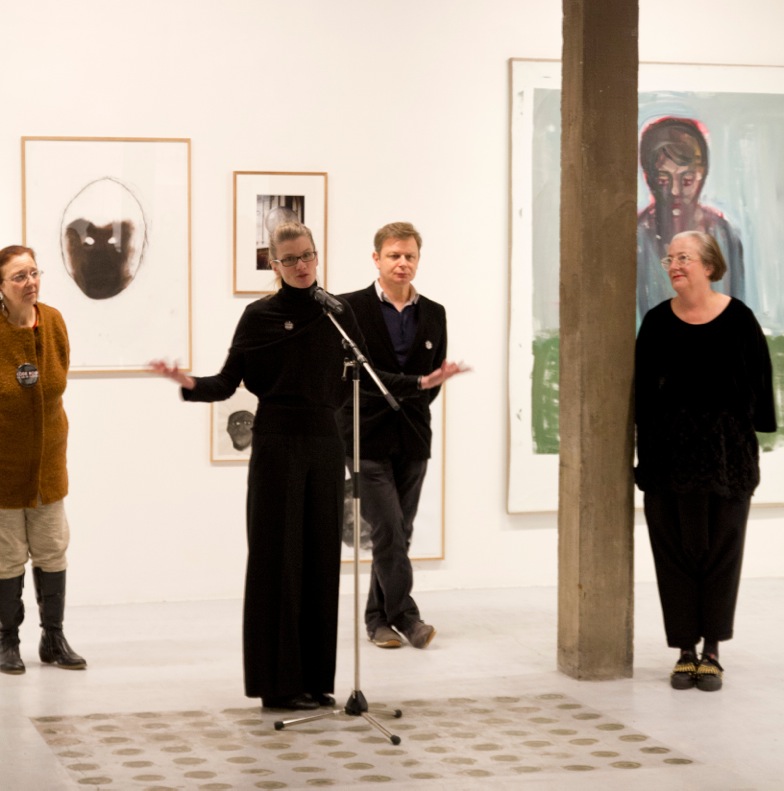 In the constitution of the collection of the Frac Haute-Normandie, since 1983, black occupies a place of choice across different mediums: painting, drawing, the artist book and also photography and video. To highlight this singular presence of black, the Frac has called on the trend office of Lidewij Edelkoort. As a studio researching trends, Studio Edelkoort and Trend Union predict, declare, analyse, and formulate trends to aid industry and brand-positioning. The work of Lidewij Edelkoort consists of trend books which assemble images, textiles, texts, motifs, drawings…

For 2013 and the years to come, Lidewij Edelkoort has precisely predicted in these books, a resurgence of frenetic forms, a return to the fantastic and the disturbing, phenomenons that give the colour black a predominant importance once again.

It is based on this forecast and presentations made in her Paris showroom that Lidewij Edelkoort and her studio imagined the exposition "Code noir." Through this collaboration, Frac Haute-Normandie intends to pose the question of the influence of fashion and the economy in our understanding of art while opening perspectives of the relationship between the visual arts and the zeitgeist, trends and the evolution of tastes.

Director of the Frac Haute-Normandie 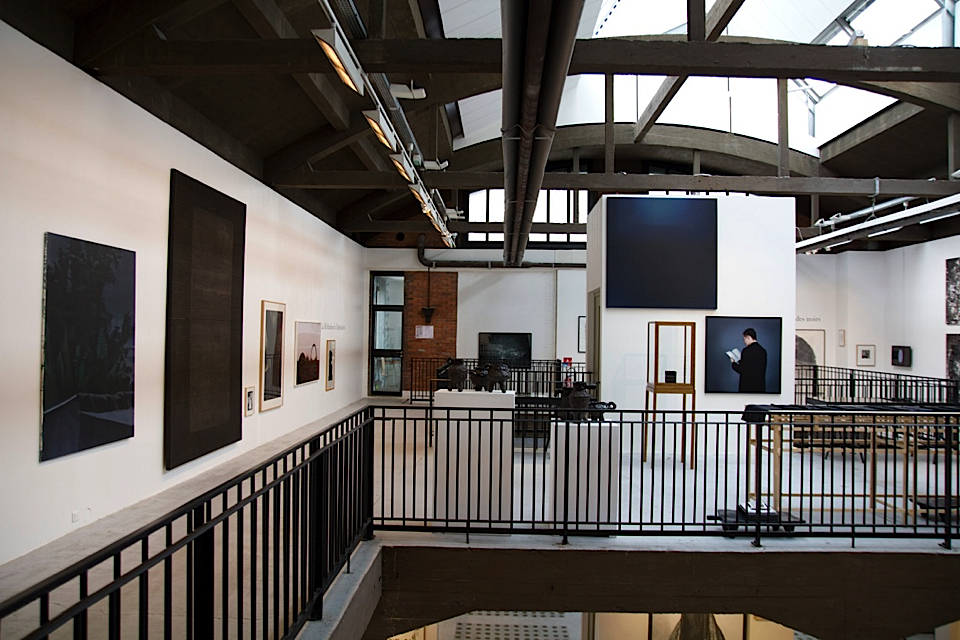 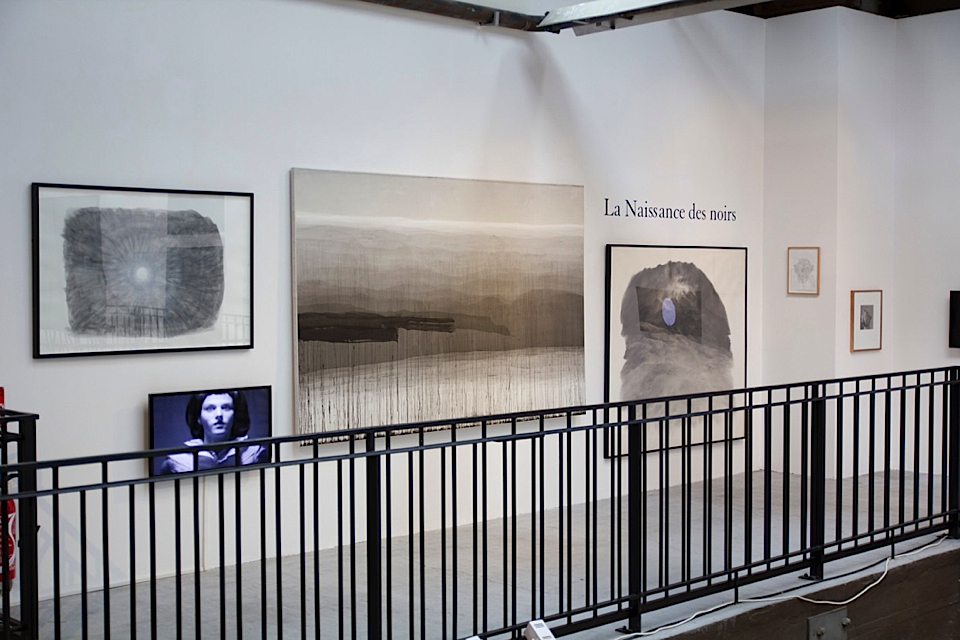 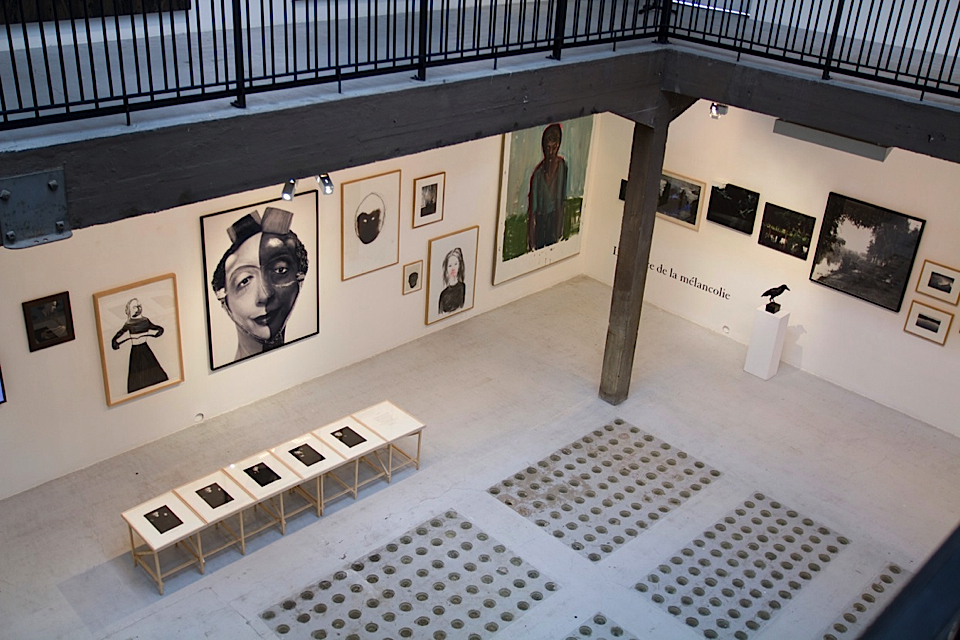 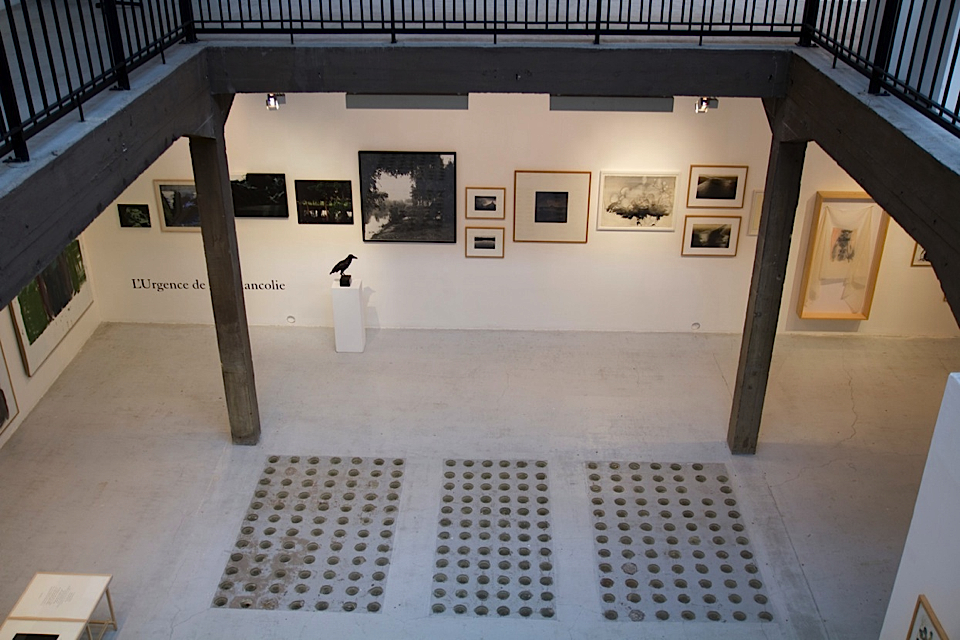 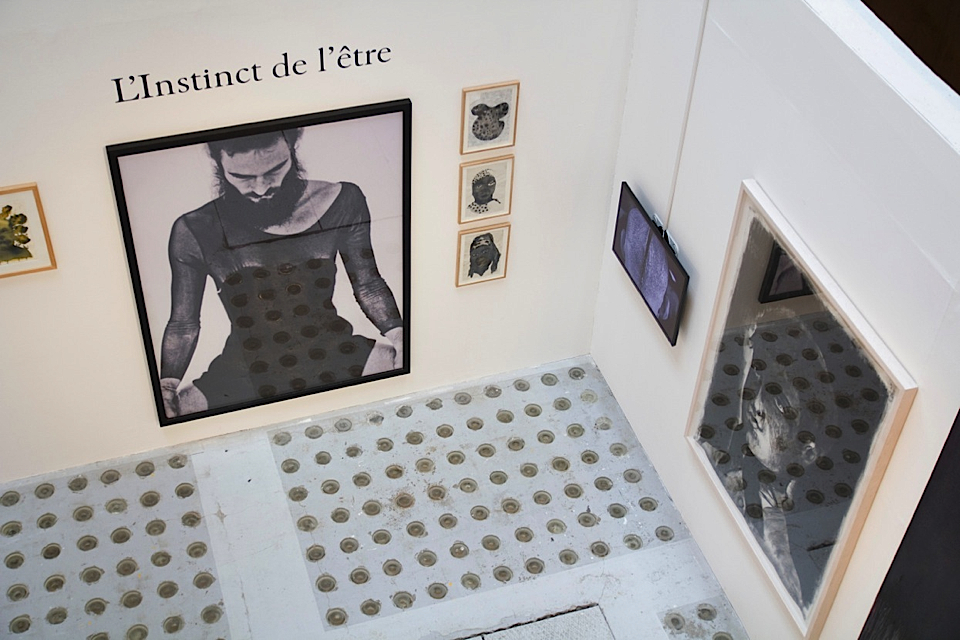 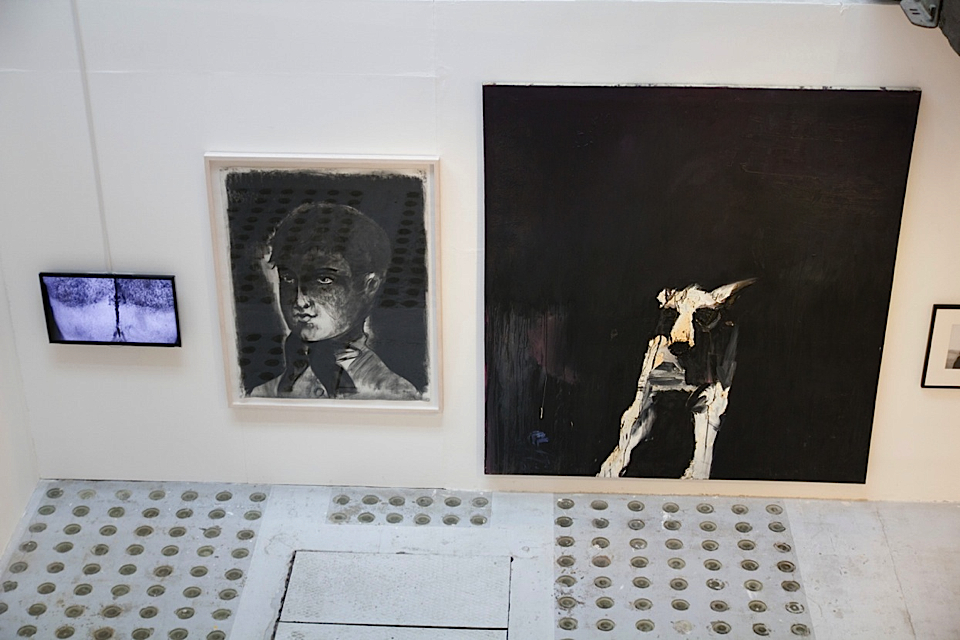 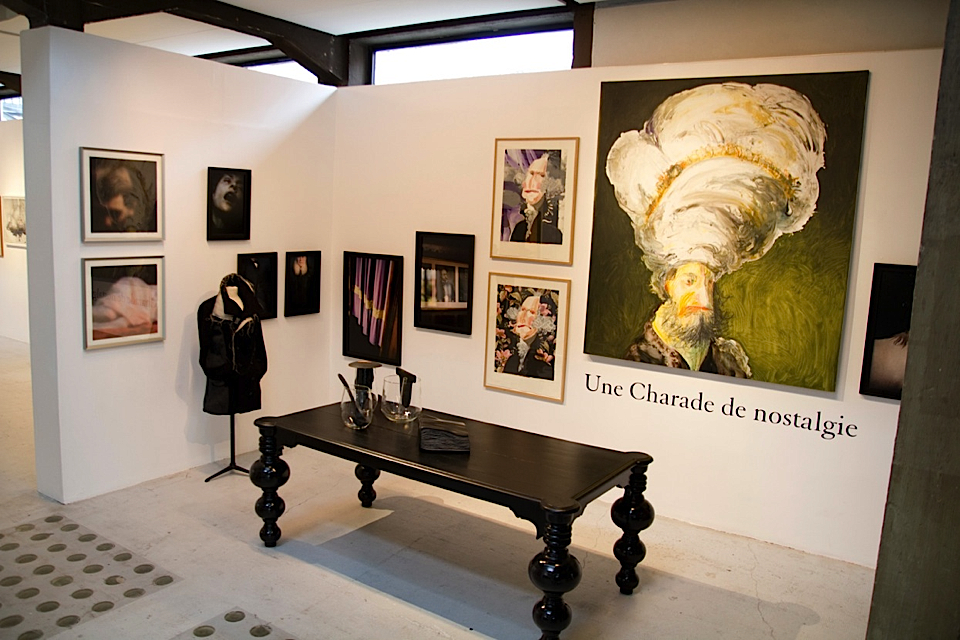 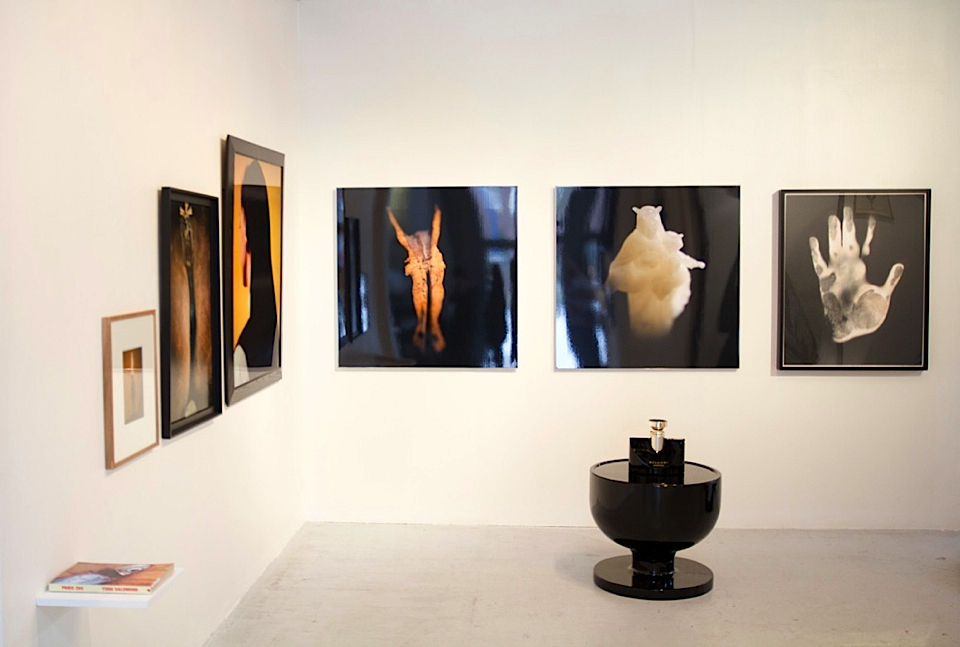 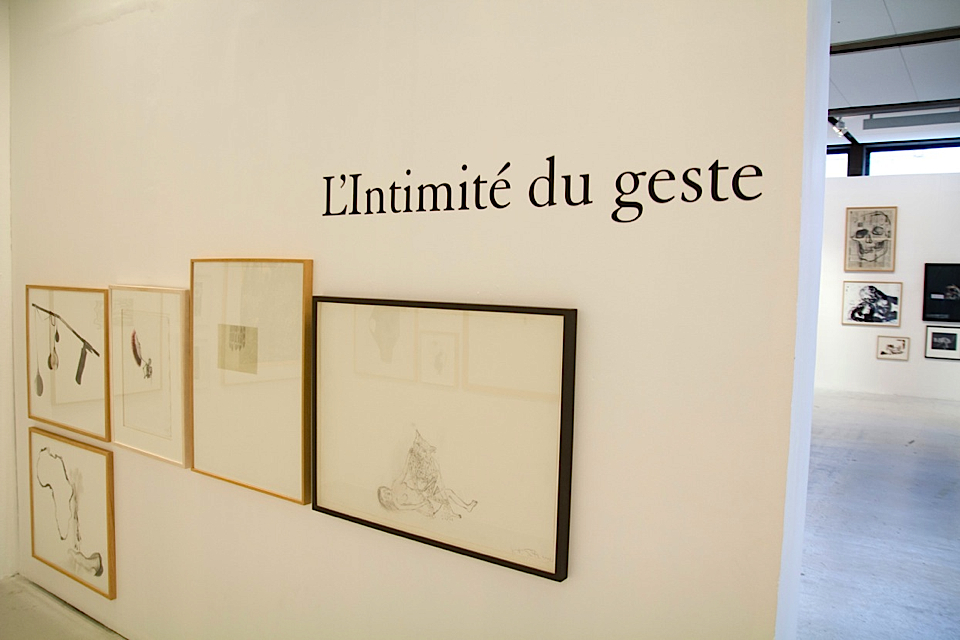 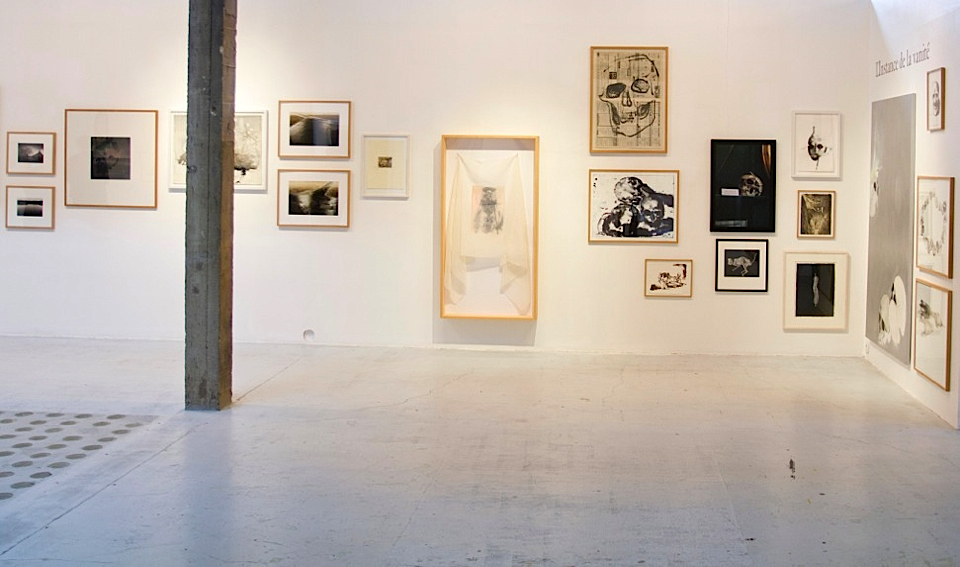 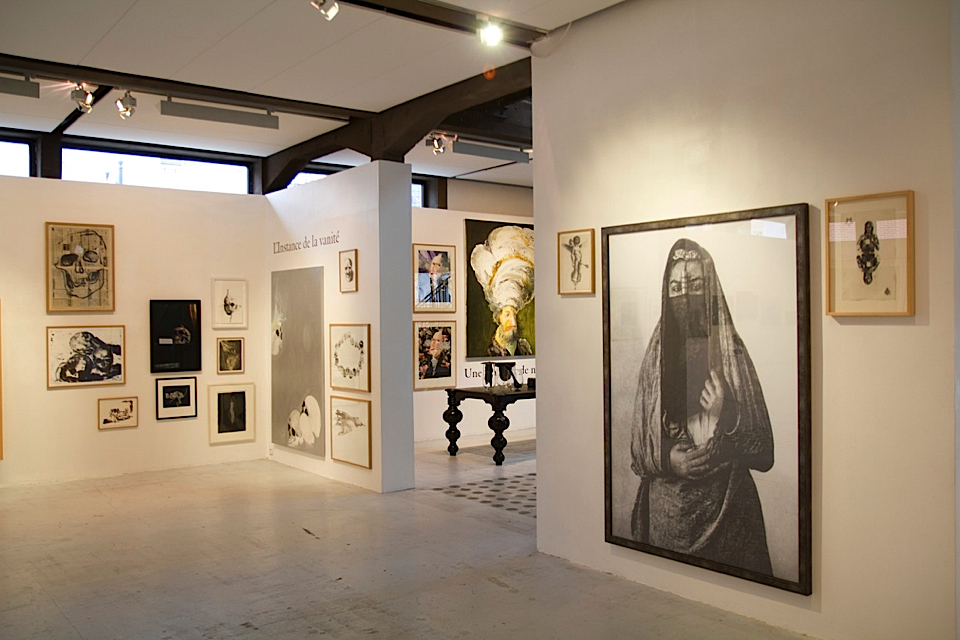 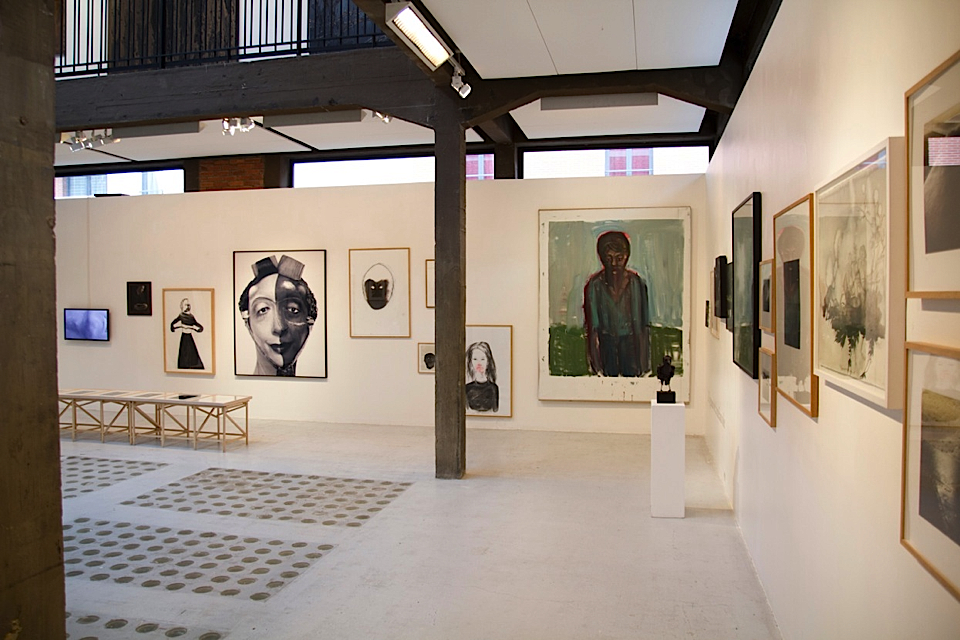