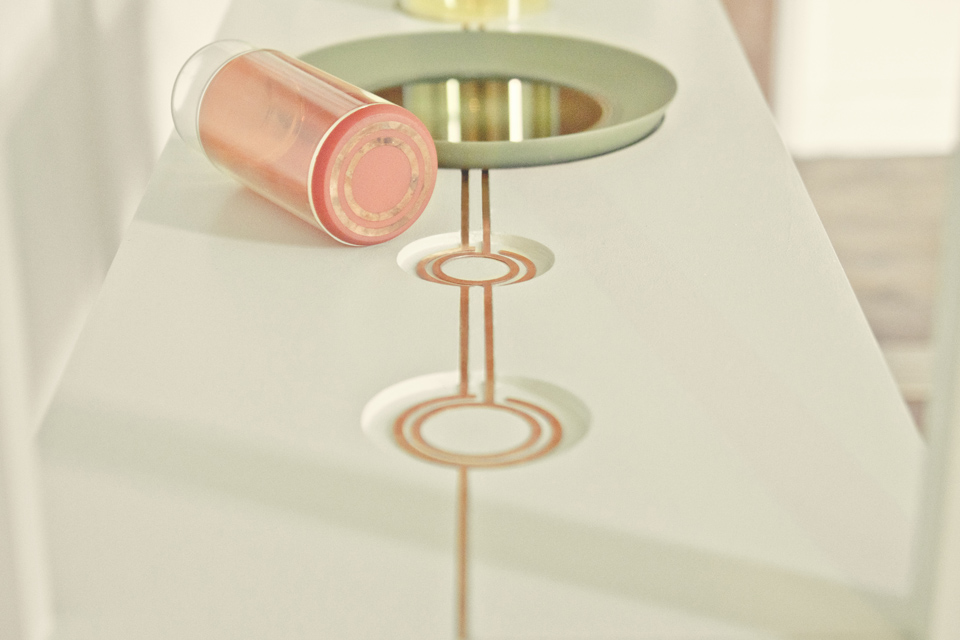 Jules van den Langenberg is currently graduating at Design Academy Eindhoven. His fascination for how design arises has led to establishing a nomadic production house in which he initiates and curates design products and projects. In collaboration with designers, producers, craftsmen and experience experts of all kinds Jules carefully intertwines the potential, qualities and dreams of all individuals involved in co-creation processes.

During Dutch Design Week 2012 – a major event hosted in Eindhoven, The Netherlands, committed to showcasing the country’s burgeoning design and technological innovators –  Jules will share with us some of his discoveries and “coup de coeur”.

Marjan van Aubel is a designer, coming from a family of chemists, who managed to merge functionality with innovation and aesthetics in her project “the energy collection” : a series of glassware that collects light energy from its direct surrounding. With her specific material use she won the ‘Doen Materiaalprijs’ award this week, an award that is created to promote the sustainable design practice.

Van Aubel developed a system that is based on solar cell technology that is integrated in glass objects. Whether you’re drinking from one of the glasses, or put it aside, electricity is constantly being generated. Thus, an everyday object becomes a solar cell. The tableware comes with a specially designed cupboard, which is also the battery. At the bottom of each piece of tableware there are copper rings that correspond with the electronic circuit that is visible inside the cupboard. Through this connection, the object releases its collected energy to the cupboard where it’s stored or will be used to for example charge your phone or make a light burn.

With her project Van Aubel introduces us to a domestic world in which we would be surrounded by effortless sustainability. 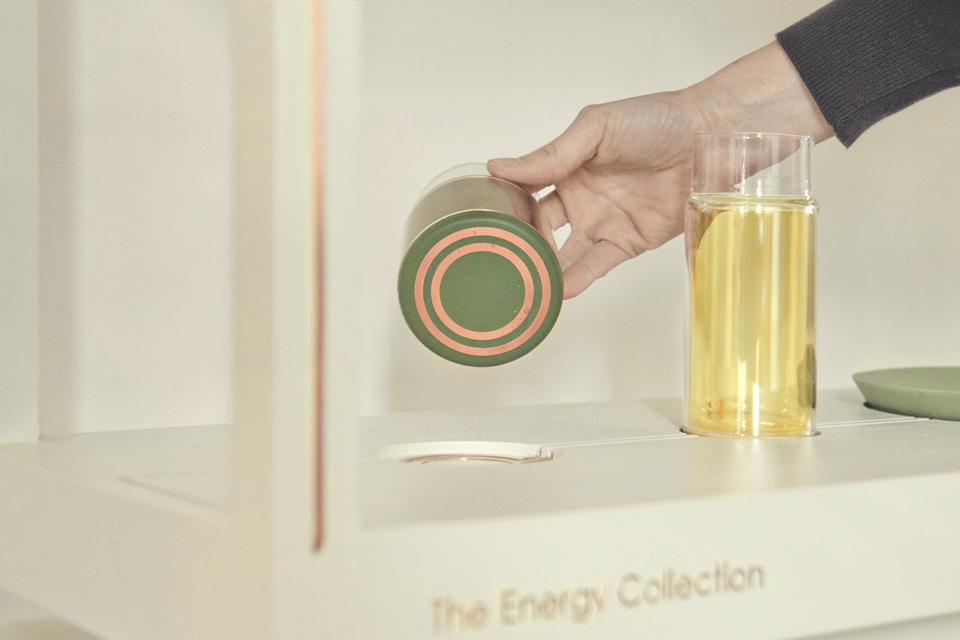 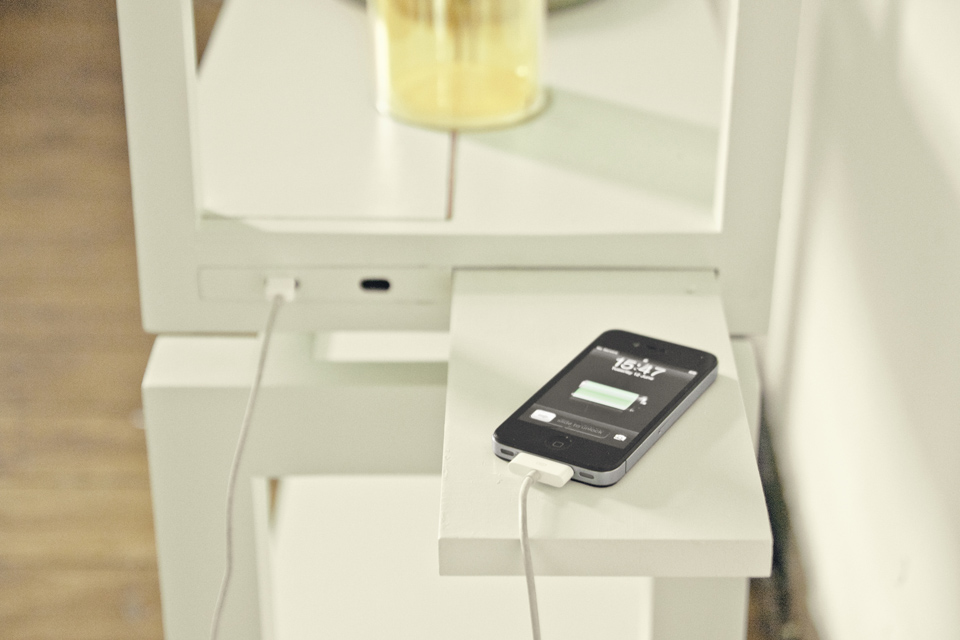