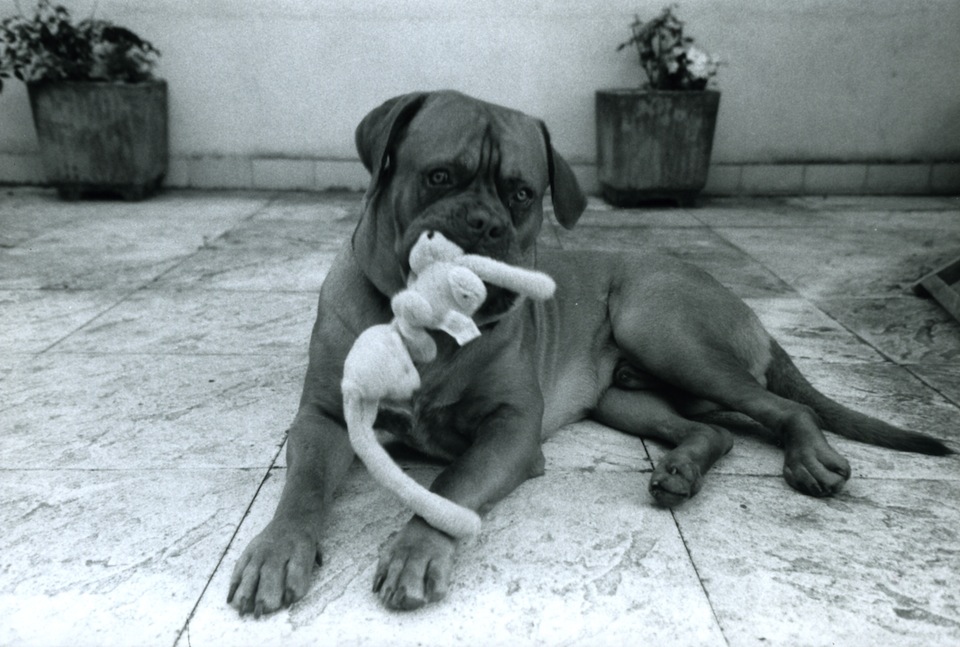 Truffe was more than a simple dog, he was my best friend, my daily companion.

He entered my life in 2002 – a present from my parents – they felt that I needed to have a dog of my own at a transitional time when moving from New York to the small city of Beaune in Burgundy.

My brother and sister took their own road in life, and I ended up living alone with my parents. Truffe suddenly became my brother, my sister, my best friend and my point of reference in a place where I felt like a stranger.

Truffe’s nickname was “Loulou”, his fur was a soft caramel colour, his eyes were light blue. His size and posture may have scared people, but inside he was in fact a teddy bear that wouldn’t ever hurt anyone.

In 2006, when I came back from school I felt a lump on his back; it didn’t seem to hurt nor bother Truffe, but we brought him to the veterinary clinic and discovered it was Cancer. The doctor was optimistic and said it could be treated, but unfortunately the disease was stronger than expected and took Truffe away a few weeks afterwards.

I never had the opportunity to tell Truffe “Goodbye”; I hadn’t realized that the terrible disease would take him away from me so soon when he was just 4 years old.

He was still an innocent little baby. My baby.

Since that day, my heart is in pain, I hope he is happy in the sky and that he found friends to play with. I want him to know that he was the best thing that ever happened to me. Psychologists say that pets can heal human diseases, and that’s what Truffe did for me. He gave meaning to a difficult period of my life, gave me balance and opened the doors of love.

He was my Truffe, my muzzle, my love. 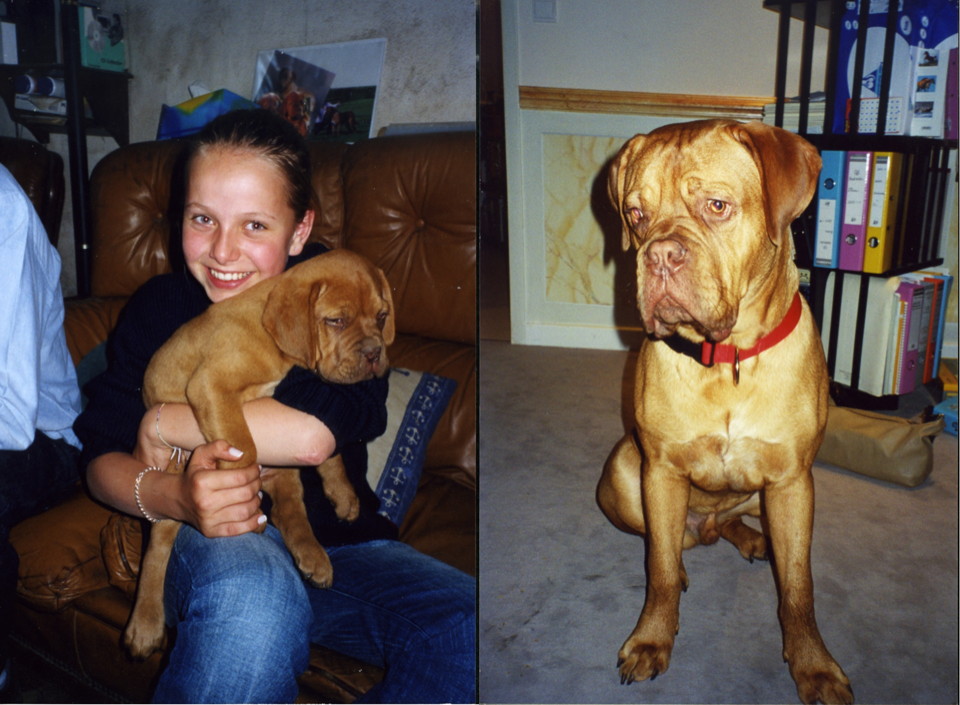 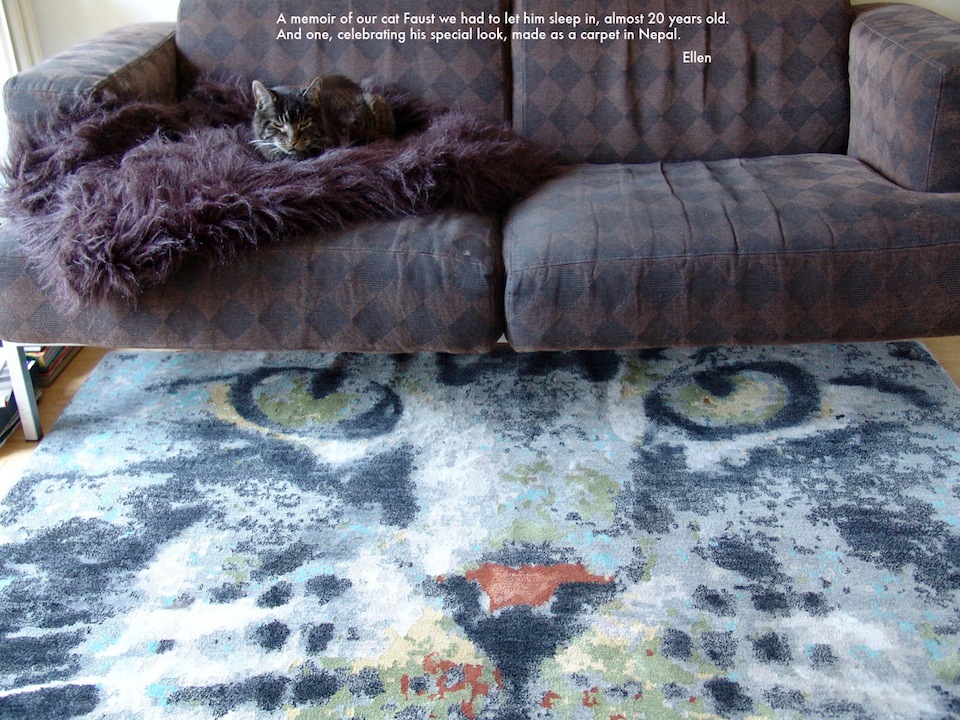 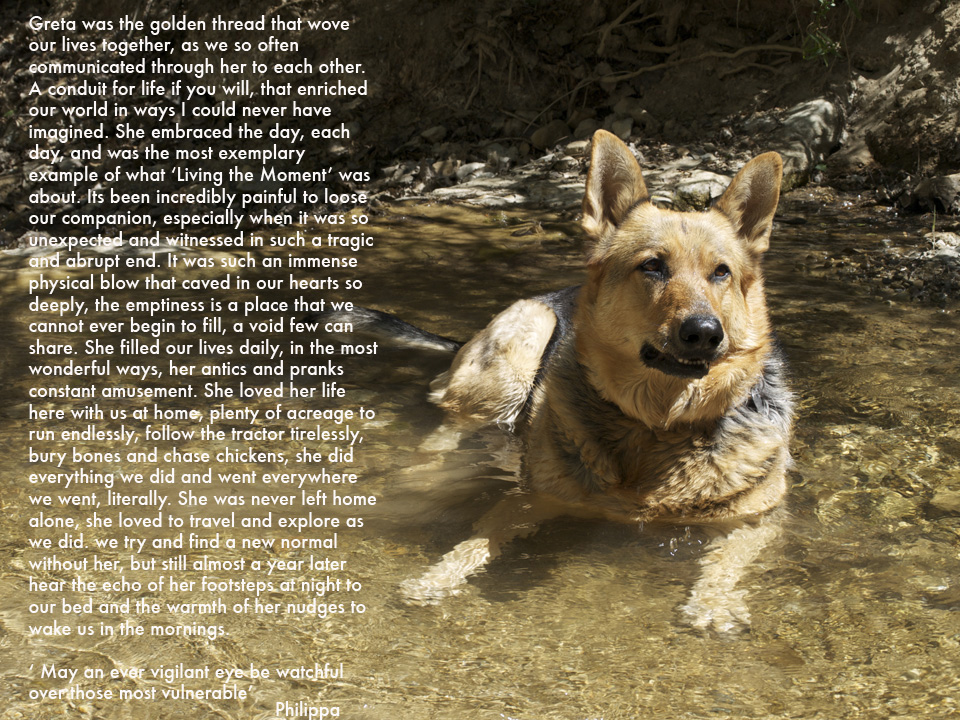 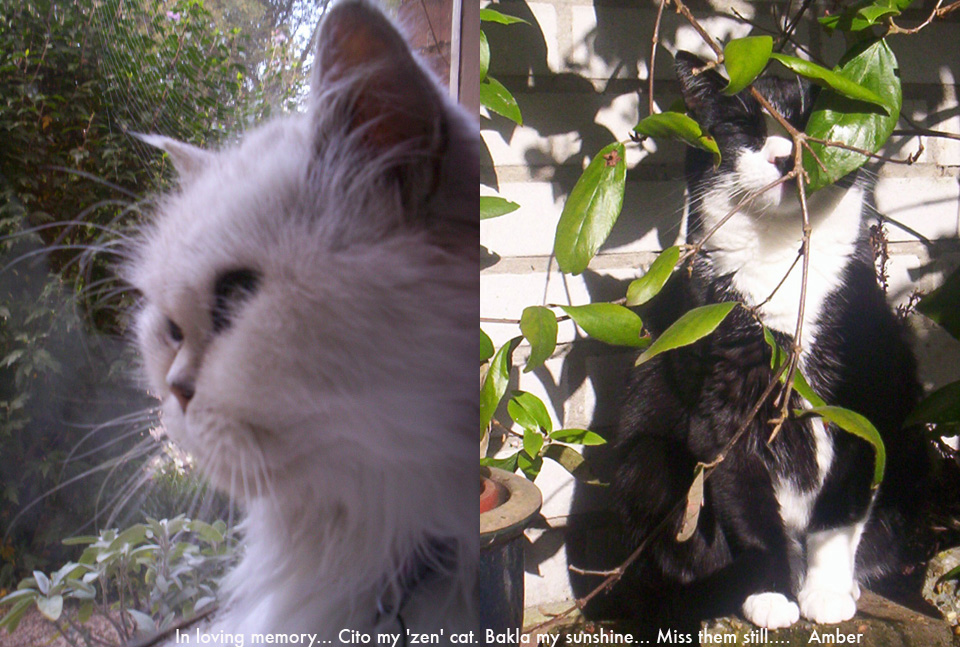 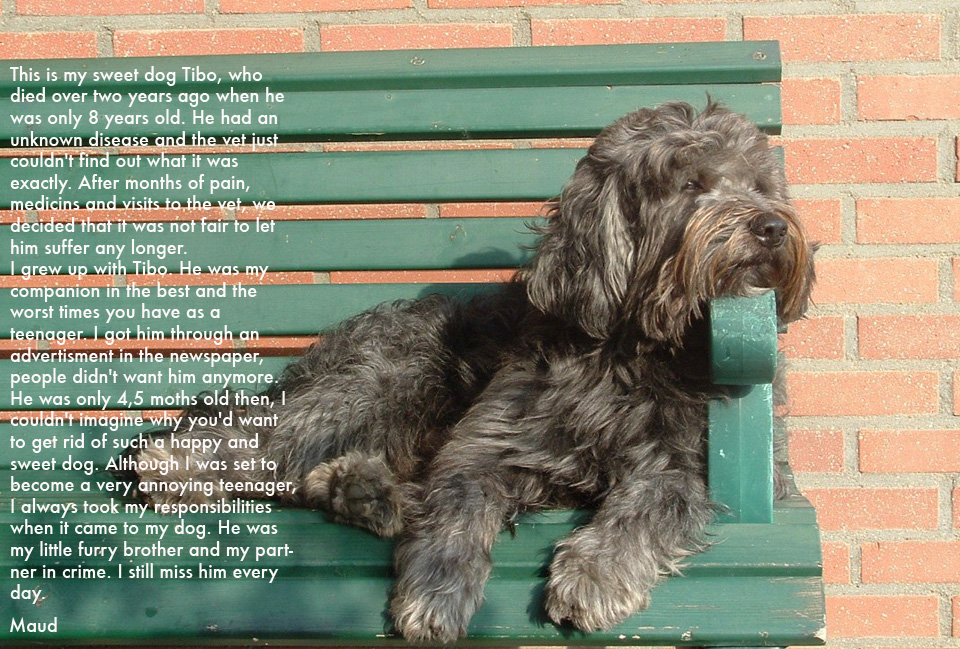 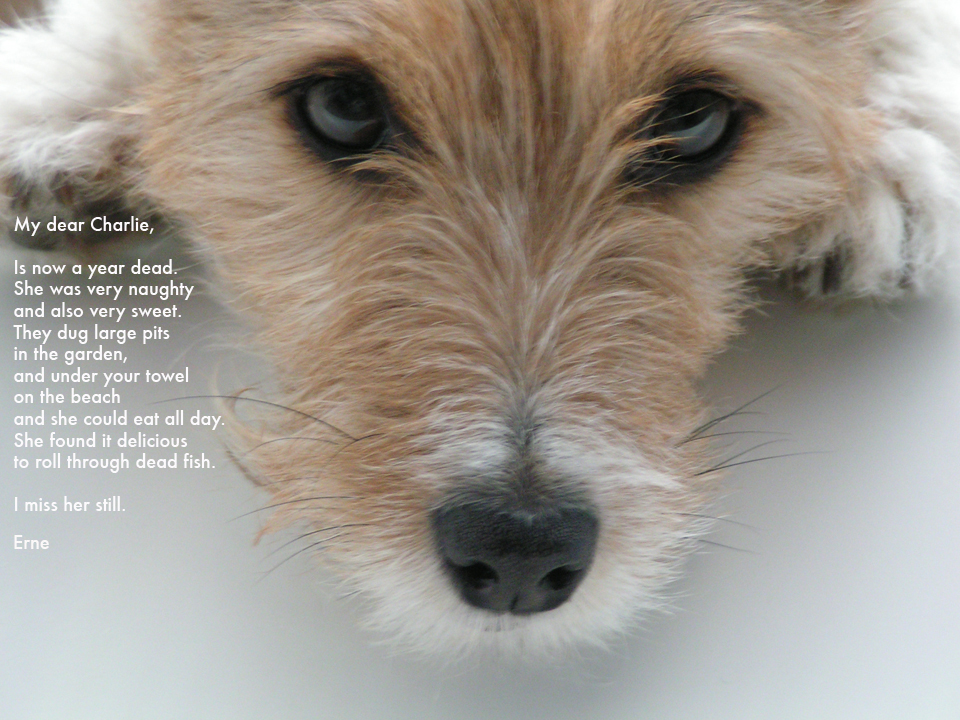 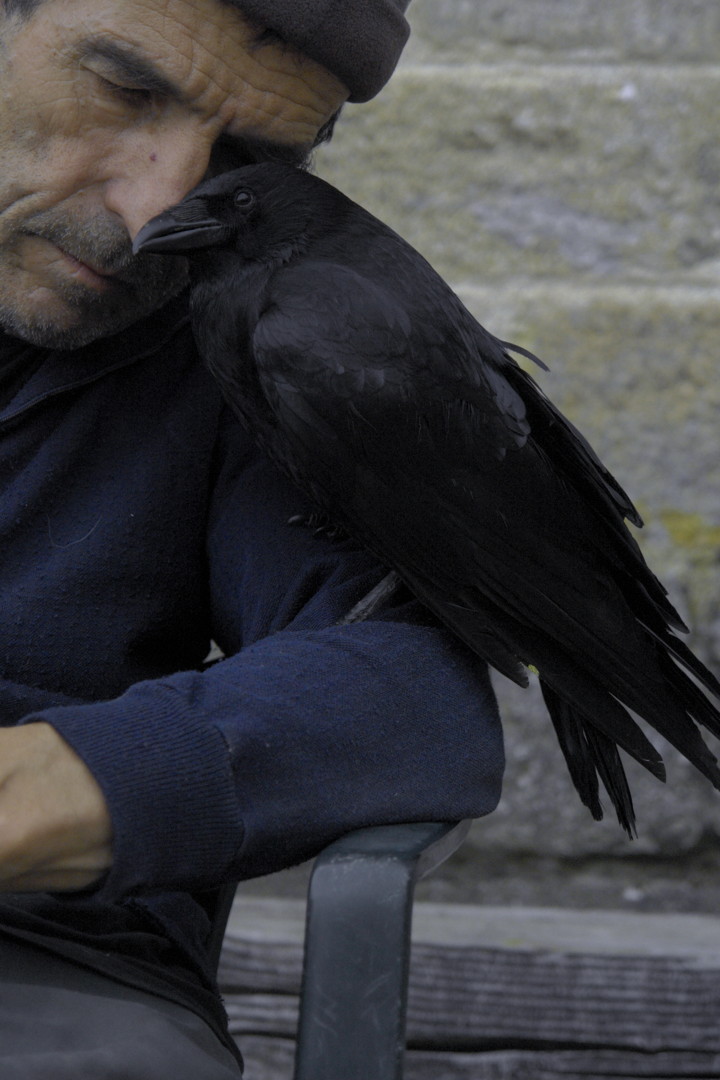 Black Pirate from the Puy Richard,

My jet feathered Buccaneer, iridescent as a scarab,

My black acrobat, who mocks gravity,

Lino has a good appetite. She eats egg yolk, cheese and 'Junior' dog food. She sits on the back of my chair, looking outside, through the glass door; or turns round, to face the living room & watch the dogs.

Or... she sleeps. She makes several trips to the kitchen for snacks. She lifts the lid to inspect the contents of the pan: no bacon in the mashed potatoes.

Towards the end of the afternoon, she feels a pressure in the chest;  jumps down on the floor. An artery bursts in her lungs. She coughs once, projecting drops of blood. She falls on her side and in a  feeble attempt to breathe, extends her limbs.

About two milliliters of blood flow from her mouth. No struggle, no more movement.

It is this posture, like on the verge of an elegant landing, that Laetitia finds her at 19:30.

I return from my Parisian mission at 22:30, hoping to give her medication on time.

What cruel failure: having missed my chance to support her during that most frightening moment in her life when company is in dearest need.

I make the picture of this last pose she offers me. Frustrated, I can only read the clues she has left and reconstruct how she spent the day of her solitary death.

She knew to say to me, in her way:

how exalted she was, to meet me by chance and far away, 6 km from home;

how she rejoiced, that we formed together a strong team of grasshopper hunters;

how delighted she was, to show me where to find the entrance of the crickets tunnel and dig them out with my knife. Alone she was quite proficient, but she largely preferred the teamwork.

How she wanted, to pass time together: just sit on my knee.

How she loved to be cuddled, at the right moment.

She knew how to manipulate me, to make me discover her wishes and whimsical exigencies.

And more remarkable: Lino taught me to appreciate the pleasure of fulfilling them with feelings of tenderness!

This friendship with Lino wasn't a simple exercise, more a complex drill of learning loving rituals and the rituals of love.

What derailment her death provokes!

In response to my devotion & diligence, she gives me her friendship. I have to share her with two others, crows.

It is the most amazing and privileged friendship of my life. We did not suffer a lot from the  communication abyss between man and beast.

Laetitia had reason to be jealous, because between Lino and me existed emotions and comprehensions that were inaccessible to her.

Despite Lino's period of absence for four months in 2005 and many  other months of rather fleeting contact, this friendship would immediately resume, right  after the comma where it was interrupted.

The ultimate recognition of trust implied in this special friendship, the most sincere compliment that Lino could give me, was to pass the last month of her life at our house. Her house, her home.

During this period, she shows her gratitude through indulgence and an accommodative mood never shown before.

We relive rituals of her childhood: In the morning,when I am descending the stairs, upon seeing me, she crouches, spreads and wavers her wings, pointing her nose and head upward.

Another childhood gesture that expresses her love and dependence: to search for and swallow my index finger to the hilt. She had not shown this to me for years.

Twice, she shows me she wants us to listen to music.

I put on Gurdijeff for piano and cello transcribed & interpreted by Strabopoulos and Lechner, her favorite music. She gives me the idea, that she cherishes these memories &  savours the moments of snugness in being together.

Laetitia and I are inconsolable. The dogs are there, fortunately, to lick our tears.

Her two crow friends have understood: Sunday, May 17, 48 hours after the death of Lino, they flew around the house for three hours. They called constantly with plaintive cries. I respond each call, sad and grey, until my voice is broken.

Before leaving, they present me with a gift, to cheer me up: a short demonstration of aerial acrobatics with cries of craziness and excitement, loop-the-loops en spins.  A last salute?

A short replay of their astonishing, head razing, 20 minutes, show from last April, that time in the company of Lino.

We adopted Lino as a baby, fallen from its nest, abandoned &  menaced by a cat. For the seventh year of her life, she had already grown in her tail, four new, jet black, feathers, iridescent like a scarab's belly.

The life expectancy of a crow is 70 years.

in loving memory: pets who have passed too soon 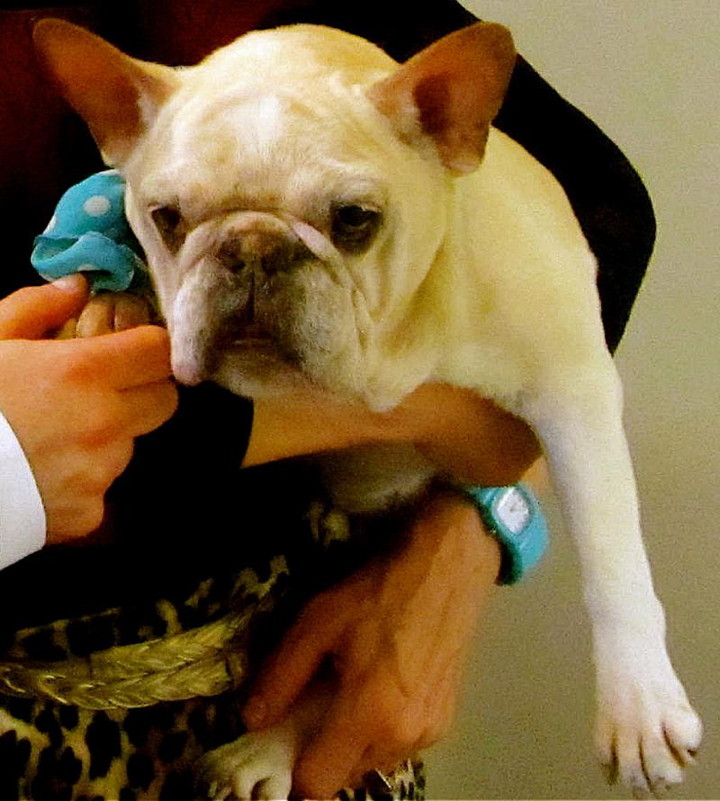 One and Only 'Chibi'

The loss of a pet is akin to the loss of a friend or loved one. We grieve deeply. We wish that s/he could have lived longer, that death had not come so swiftly. We question this thing called “time,” wishing we could slow it down, if only for a second. Perhaps we glean the specters of our own mortality in the death of a beloved companion. We realize that life is indeed, too short.

Yet there is a gift in these times of sorrow. Swami Kripalvanandji writes that, “Crying is one of the highest devotional songs. One who knows crying knows spiritual practice. If you can cry with a pure heart, nothing else compares to such a prayer.”

With the loss of an animal, we remember. We remember the padding of soft paws, afternoons spent playing fetch, bird calls, and friendship.

In animals, we not only find a friend, but also a confidant; someone with whom we can share our deepest longings and our deepest fears.

In celebration of the animals who make our lives a little bit silly, a great deal more interesting, and all the more meaningful, we invite you to share your favorite photos and memories of pets who have passed too soon.

Our hearts and prayers are with you.

Photos & text can be sent to: trendtablet@gmail.com