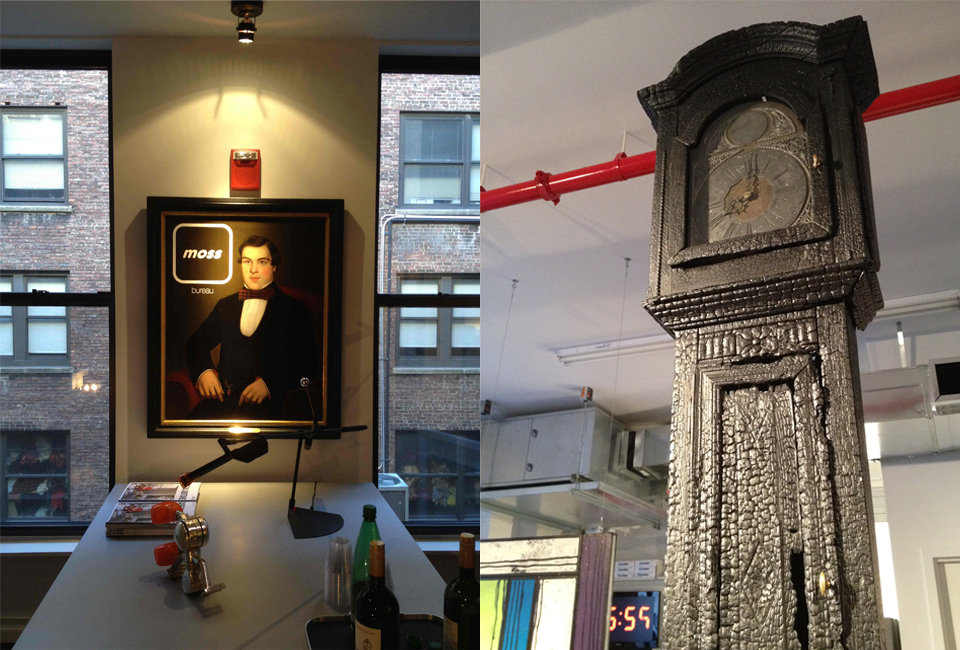 The highlight of New York Design Week for me was Murray Moss’s installation Midway & Mortal Stillness.

The Moss company left the high traffic Soho space to move into the ailing but still bustling Fashion District, on 36th Street between 7th and 8th Avenue.

The elected building is a new development that resembles a turn of the 19th century construction. In the elevator taking you to the 10th floor, the Moss team posted a warning that the installation contains strobes. Indeed: once you enter the new Moss space, re-baptized “Moss Bureau”, you find yourself immersed in an office/showroom environment where lined-up computer desktops pair with the unique vintage office chairs of the business hours personnel and play each a video of the current exhibition; the copy machine stands as a background to Maarteen Baas Grandfather Clock, the sprinkler system painted in red runs from window to window, overlooking in the back the coating manufacturing facilities in the neighbor building, all office features are juxtaposed to the strikingly beautiful “Midway” installation featuring Cathy McLure pieces.

This installation is described as a zoetropic “circus”; mechanical bronze-colored toys stripped off their fur spin on their carousel, rendered alive by stroboscopic flashes entrained by the ritournelle of a mechanical organ soundtrack. A sweet feeling of unease seizes you as you watch the carousel turn: it echoes the state of a grinding world in economic decadence that keeps turning mechanically as if waiting for its batteries to go out, in denial of its own decline.

Realistic, threatening and beautiful, a true impersonation of romanticism.

The Moss team is making the most out of a space considerably smaller than the previous one, in blending office features and design, “bringing the back stage in the front stage”, as Franklin Getchell explains, and as Murray points, “daily computers dress up at night and become part of the fancy show”.

Necessity as the mother of invention, so true, thank you Murray. 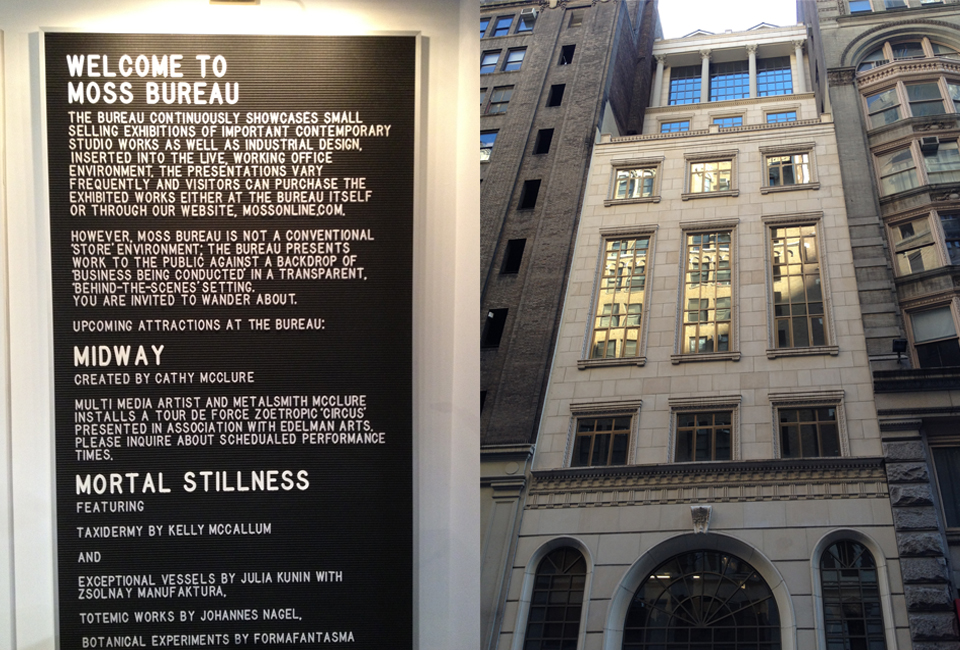